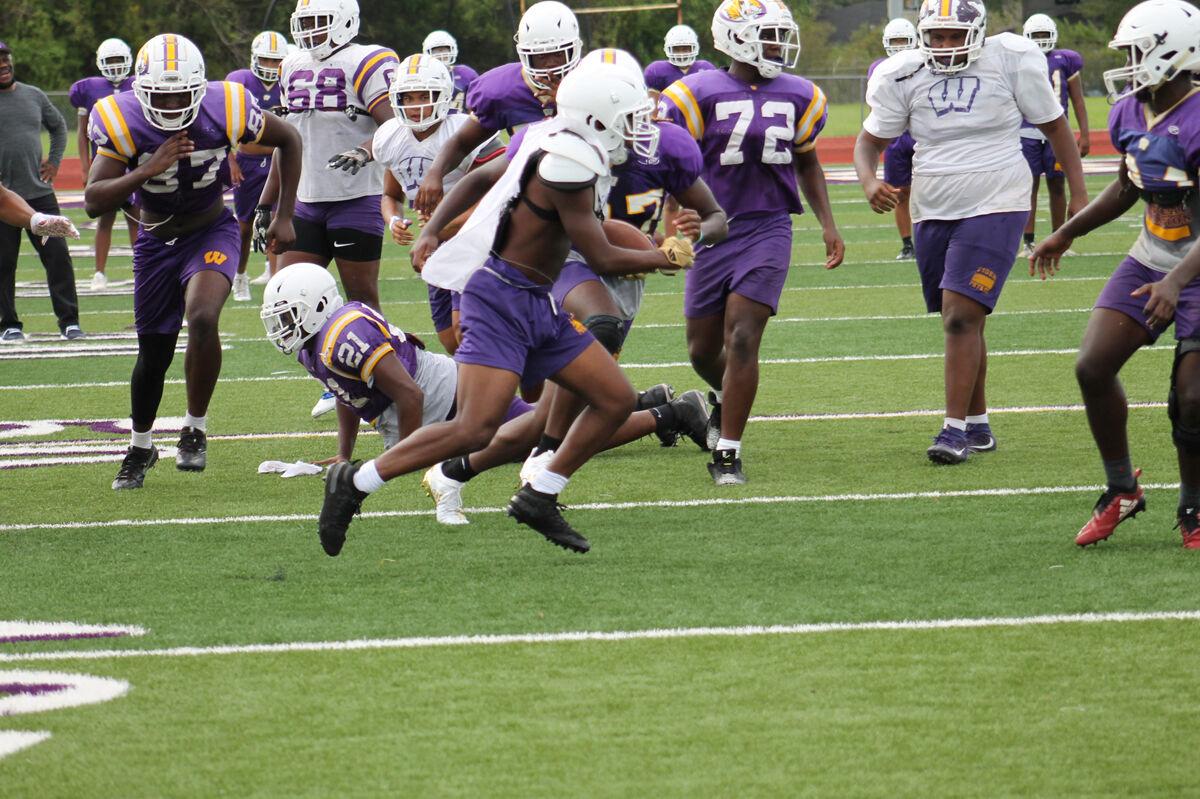 With a definite start to the football season and a scrimmage against Southside High scheduled, the Westgate High School football team is looking forward to getting some work in against someone other than themselves, head coach Ryan Antoine said. 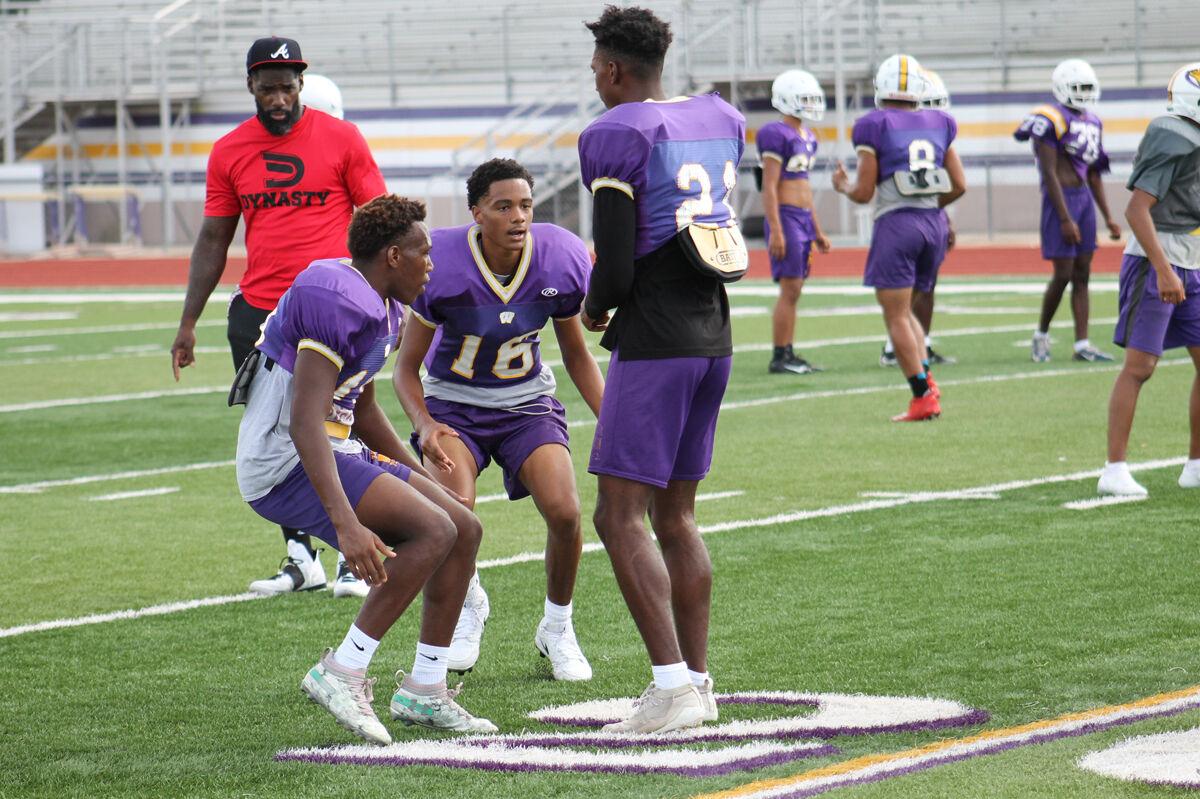 Westgate defenders practice for the upcoming football season this week. 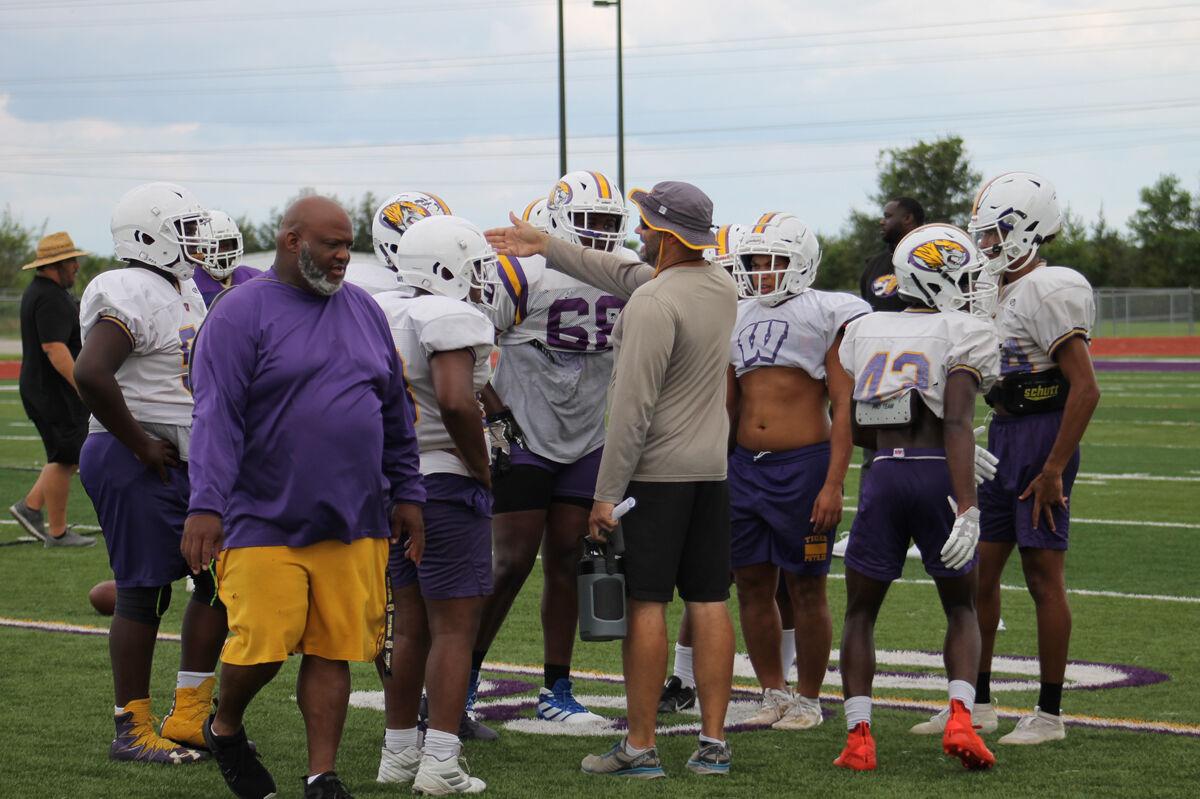 Westgate High offensive players practice during the weeks leading up to the season. 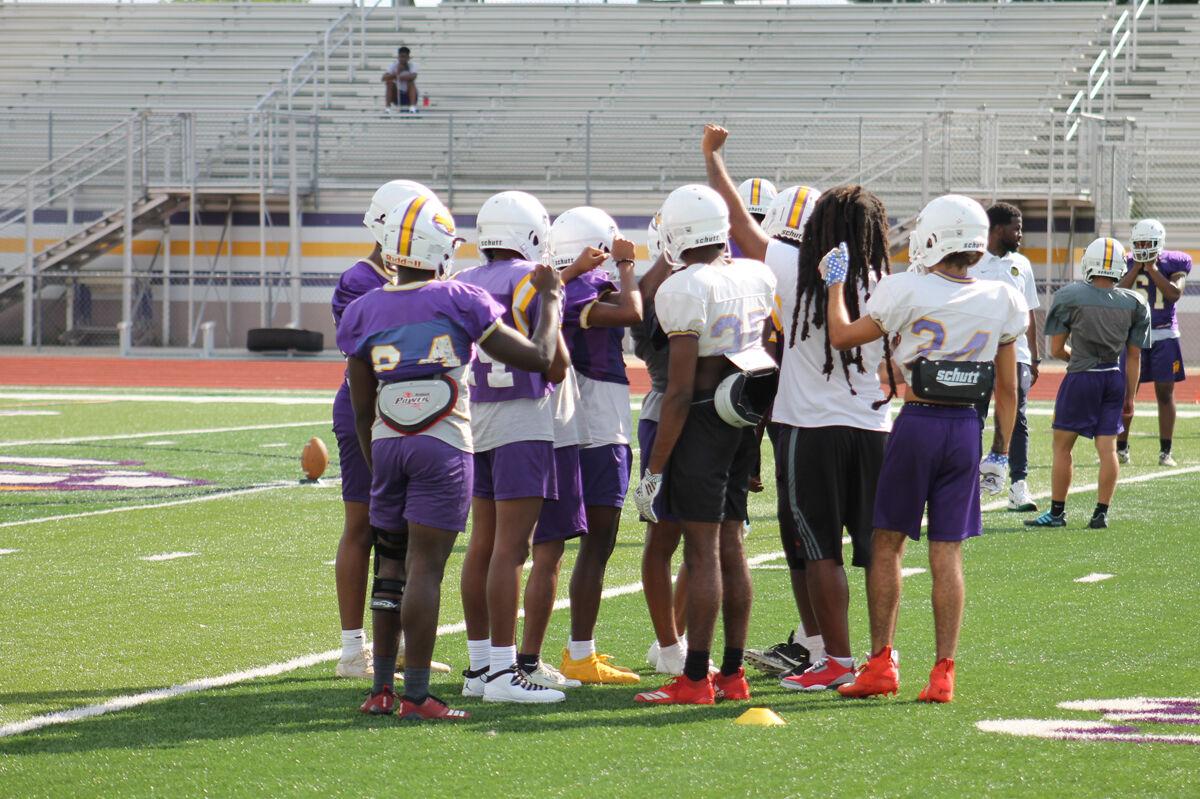 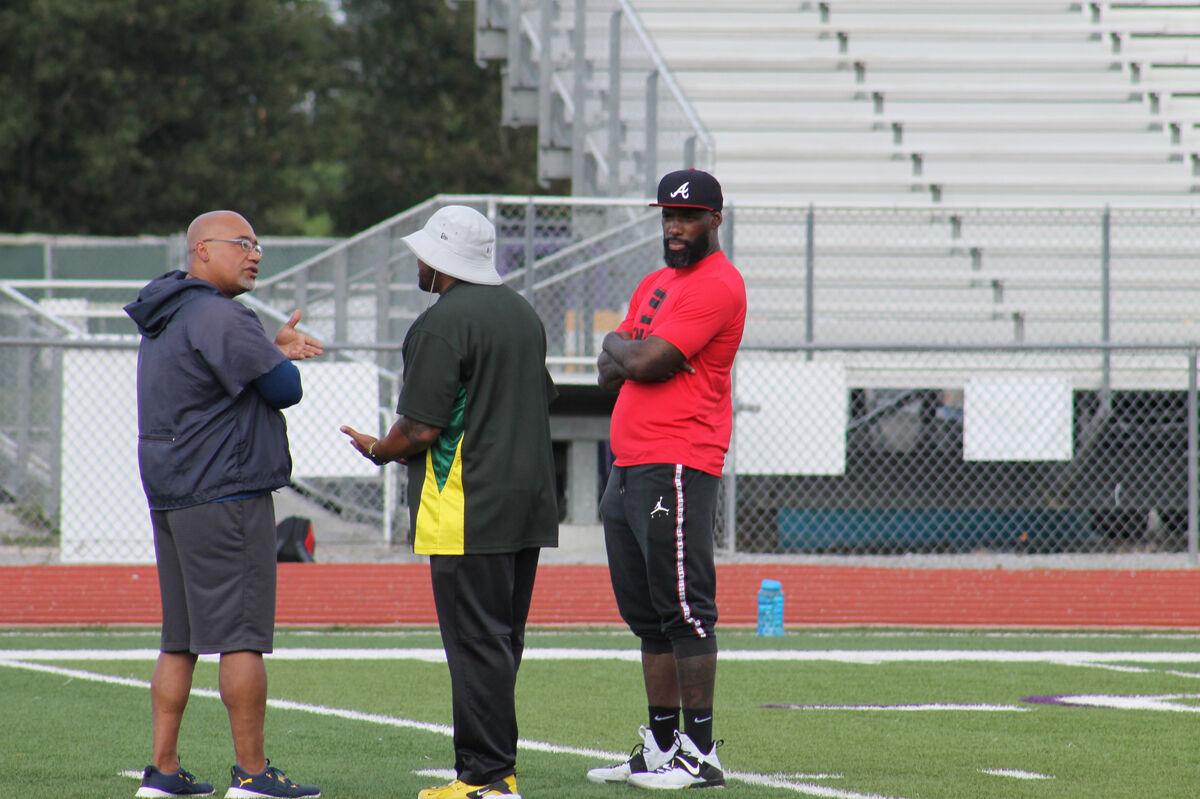 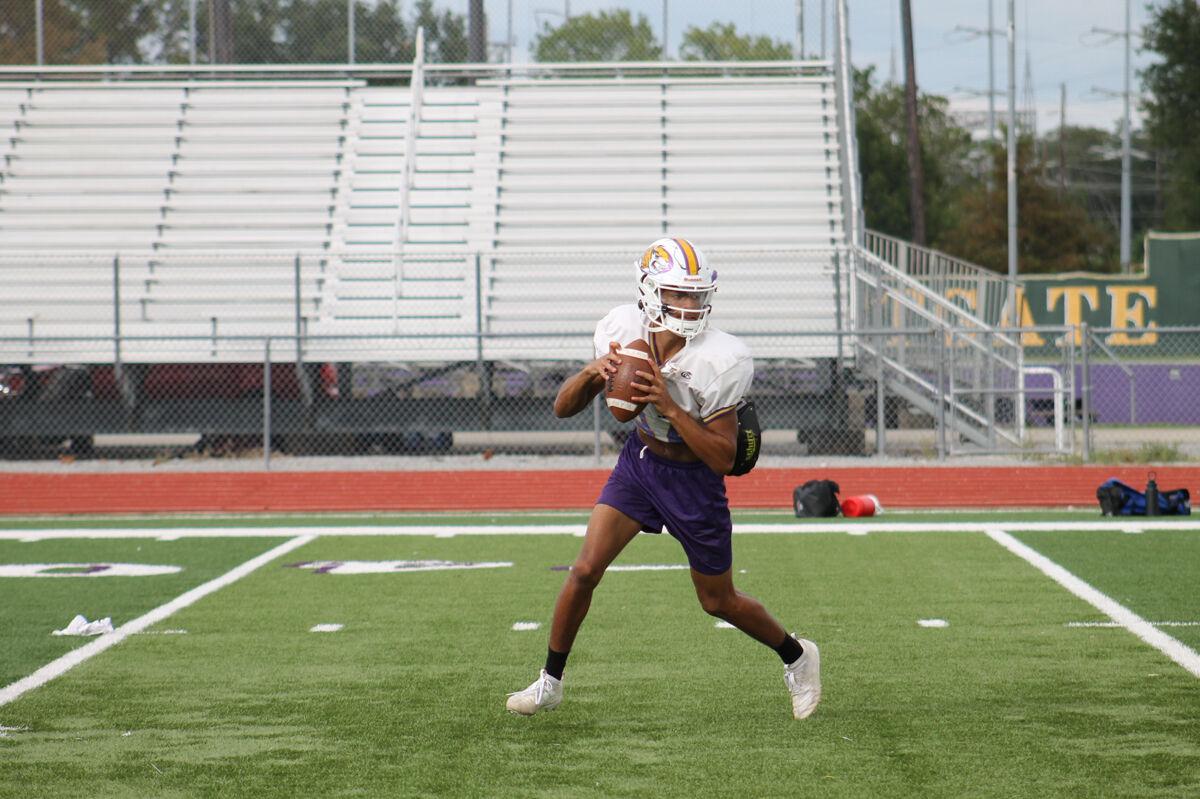 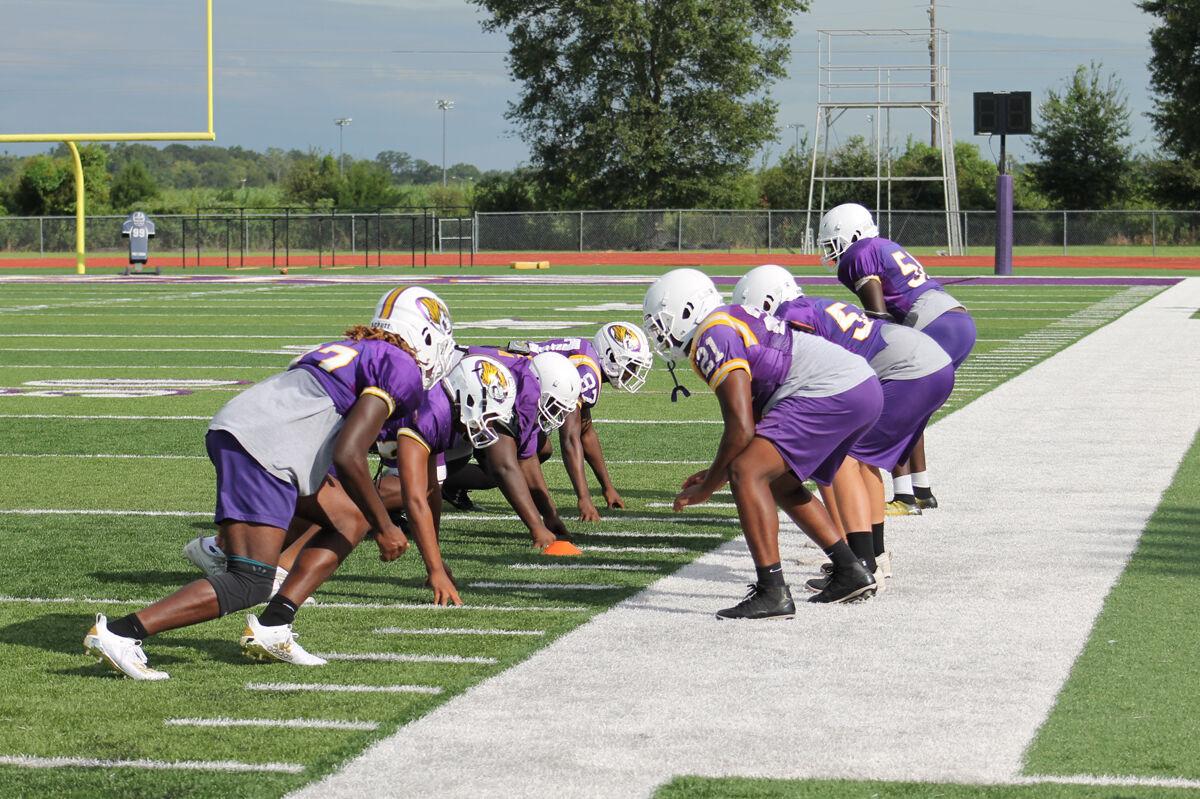 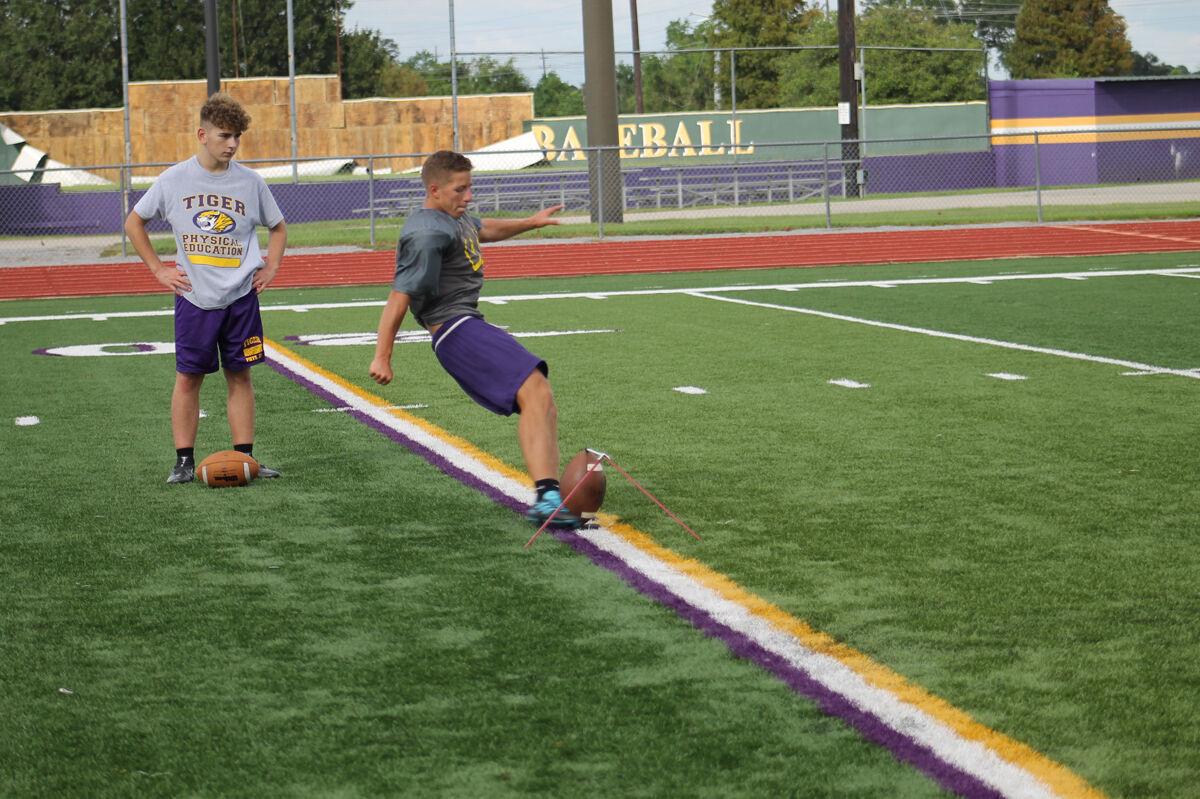 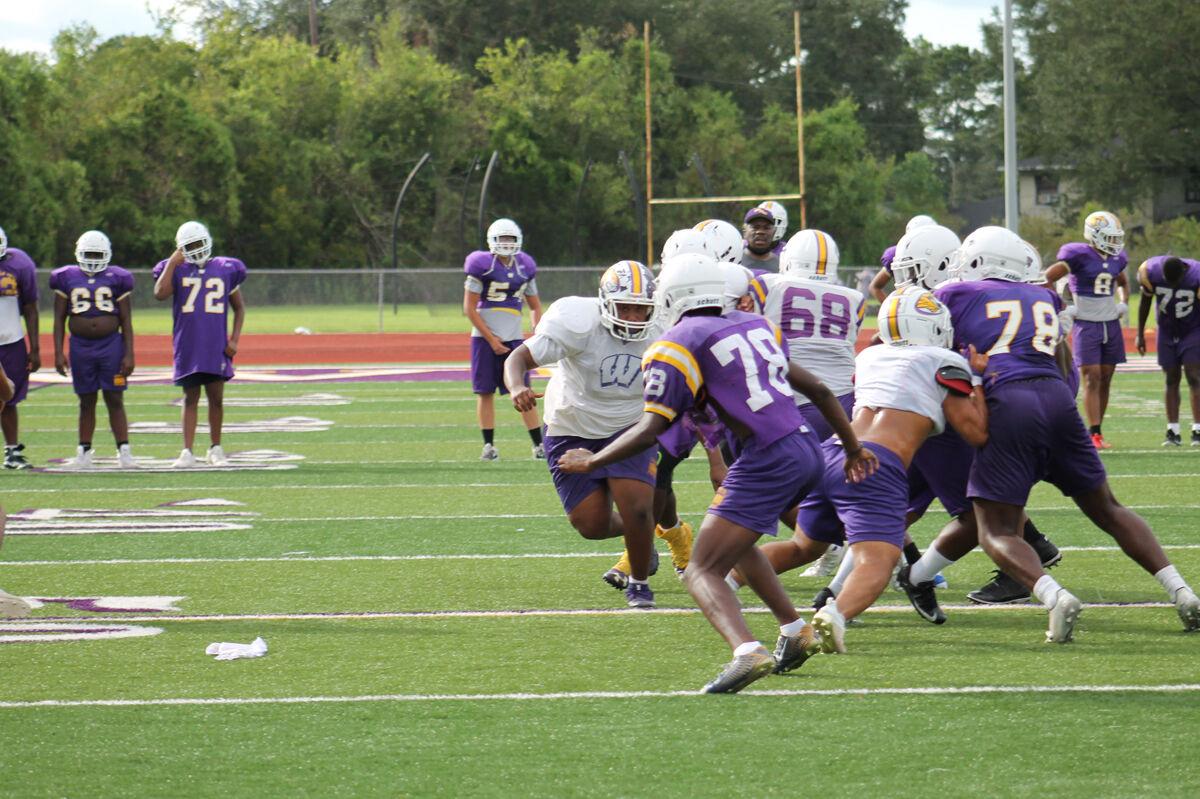 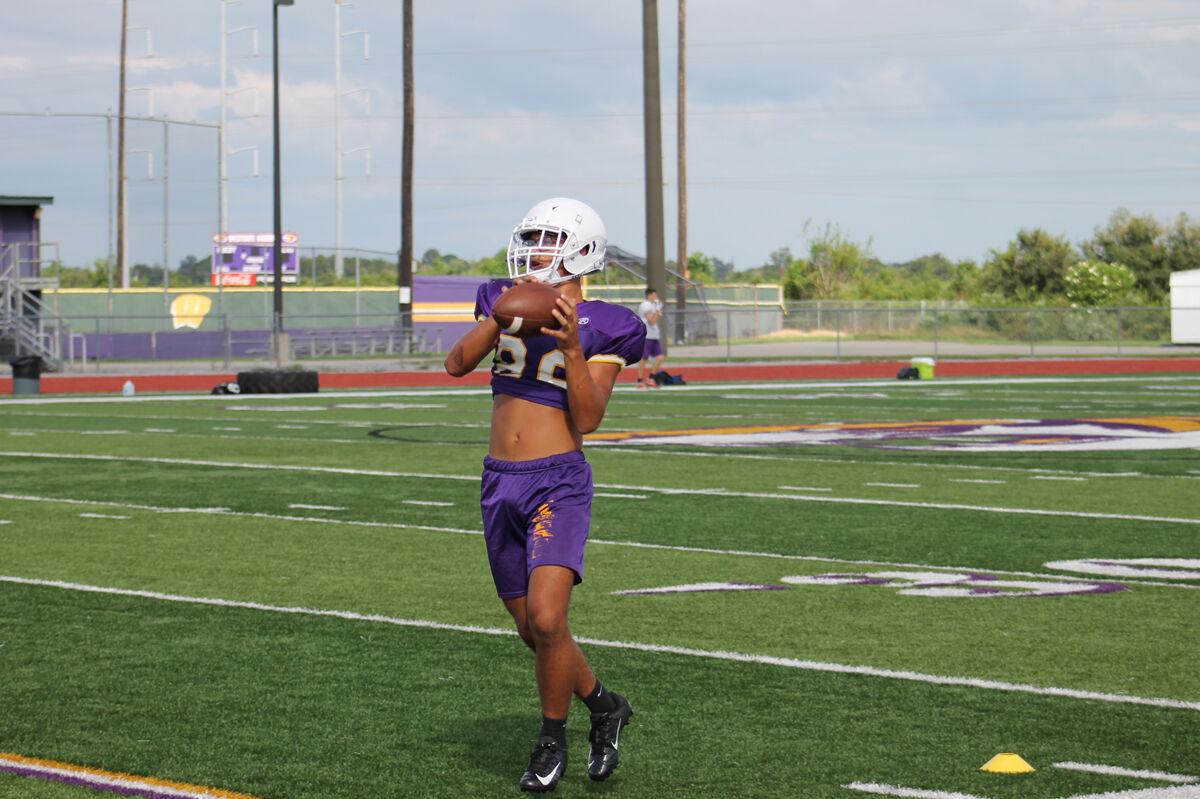 With a definite start to the football season and a scrimmage against Southside High scheduled, the Westgate High School football team is looking forward to getting some work in against someone other than themselves, head coach Ryan Antoine said.

Westgate defenders practice for the upcoming football season this week.

Westgate High offensive players practice during the weeks leading up to the season.

The Westgate High School coaching staff has long made it a practice to be a support system for the football players by regularly keeping in touch with them when they aren’t at school or practice, so the disruptions of the COVID-19 pandemic to normal life have not been a real issue for the team.

“The biggest thing is just staying in touch with the kids every day,” head coach Ryan Antoine said. “We pride ourselves on building relationships with our kids and trying to teach them about, it’s bigger than football. It’s really honestly been kind of smooth for us, because we kind of talk to our kids so much on a daily basis and they kind of want to always be around us. We kind of always do daily things, whether it’s playing video games with the kids, or talking to them on the phone, or just doing other little things around town with them, so it wasn’t that bad.

“We did our summer at Johnston-Hopkins (Elementary School), which is really big for us. Then we transitioned in the early part of August back to Westgate.”

Antoine said the coaches are just glad to be with the players.

“For a while we were really in the dark about what we could and couldn’t do, so now that we’ve finally got direction (from the Louisiana High School Athletic Association), we’re just trying to play football and trying to give these kids something positive, something to look forward to,” he said.

As it seems all kids are these days, the Westgate players are savvy about social media sites so they’ve kept up with what’s going on as far as what teams can and can’t do and when they’ll be allowed to play.

The LHSAA voted last week to not only go ahead with the start of the season despite the state still being in Phase 2 at the time (now moved into Phase 3 by Gov. John Bel Edwards), but also to move the start date up a week to the week of Oct. 1, allowing for an eight-game schedule and also a full 32-team playoff bracket for nonselect schools. Title games are scheduled Dec. 26-28 at the Superdome. Teams are now allowed to scrimmage on Sept. 24, 25 or 26.

“The biggest thing is just trying to let them know, ‘look guys, we’ll be ready, just keep working our tails off,’ and once we got out of that gray area, we’ve been ready to roll,” Antoine said. “Our kids are excited about what we’re doing and how we’re doing it.”

The coach said the team has been blessed not to have many issues with injuries or with the coronavirus this offseason.

“We make sure we maintain our distance, and our trainers do a great job of staying on top of us and making sure that we’re following all the guidelines,” he said.

Making sure the players are aware of what they need to do to stay healthy when away from the team and coaches is one thing Antoine has stressed, and the coaches’ relationships with the players and staying in touch with them helps along those lines.

“We have a good leadership council that kind of stays on top of each other, and talks to the team and lets them know, just make sure you don’t do anything that’ll put us in a bind as a team,” Antoine said. “That’s been a good deal for us, just having that leadership group that can be our eyes when we aren’t around our team.”

The coach said he thinks the team is in a good spot as it prepares to face Southside at WHS next Thursday.

“The biggest thing is just maintaining our health and just clean up different things,” he said. “Yes, we would love to have games under our belt (at this point), but at least we know in the next few weeks we’ll be playing and next month we’ll be all the way in it. We’ve got a plan, and right now we’re just trying to go up against somebody different from us.”

The coaches are making sure the players aren’t too anxious for the games that are coming up because they don’t want the Tigers to peak too early.

“We want to play ourselves into shape and make sure once we get into the latter part of district, we’re where we need to be,” he said.

Another thing the coaches are focused on right now is building a freshman team because the coronavirus kept them from being able to get in touch with a lot of the kids who would normally have come out in the summer.

“Right now almost every day we’re adding more guys to the team,” he said. “The freshman part of our team is a humungous part of what we do here.”

After reaching the Class 4A quarterfinals last year, Westgate looks to reload with 14 returning starters.