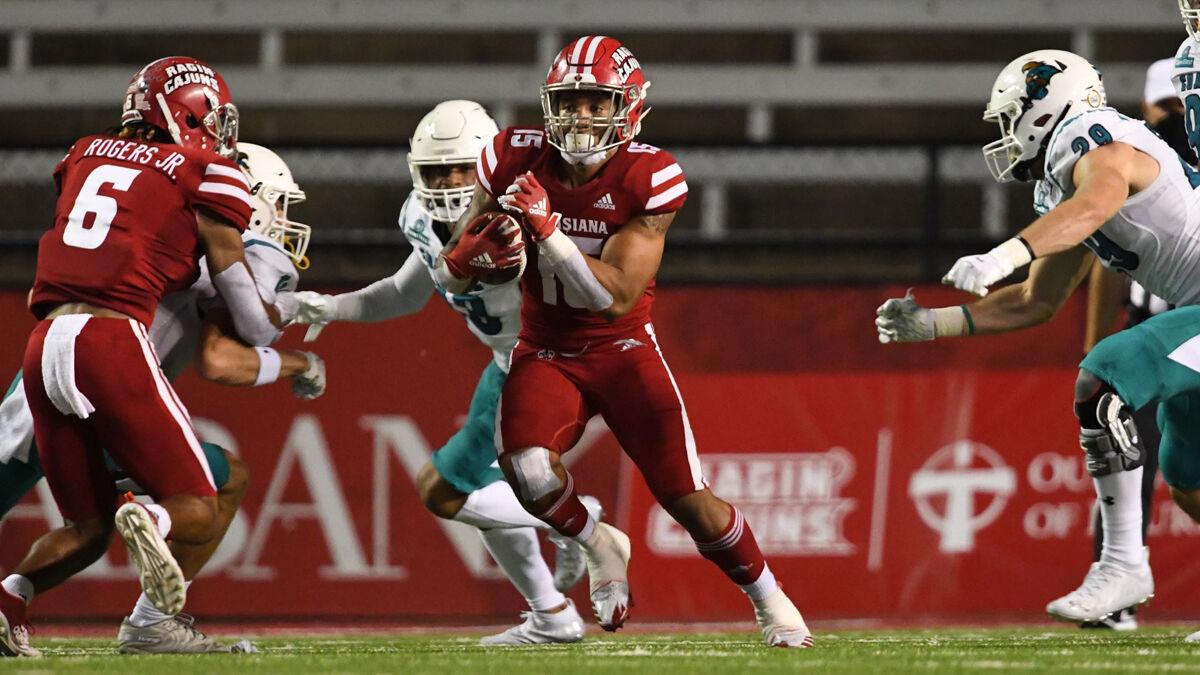 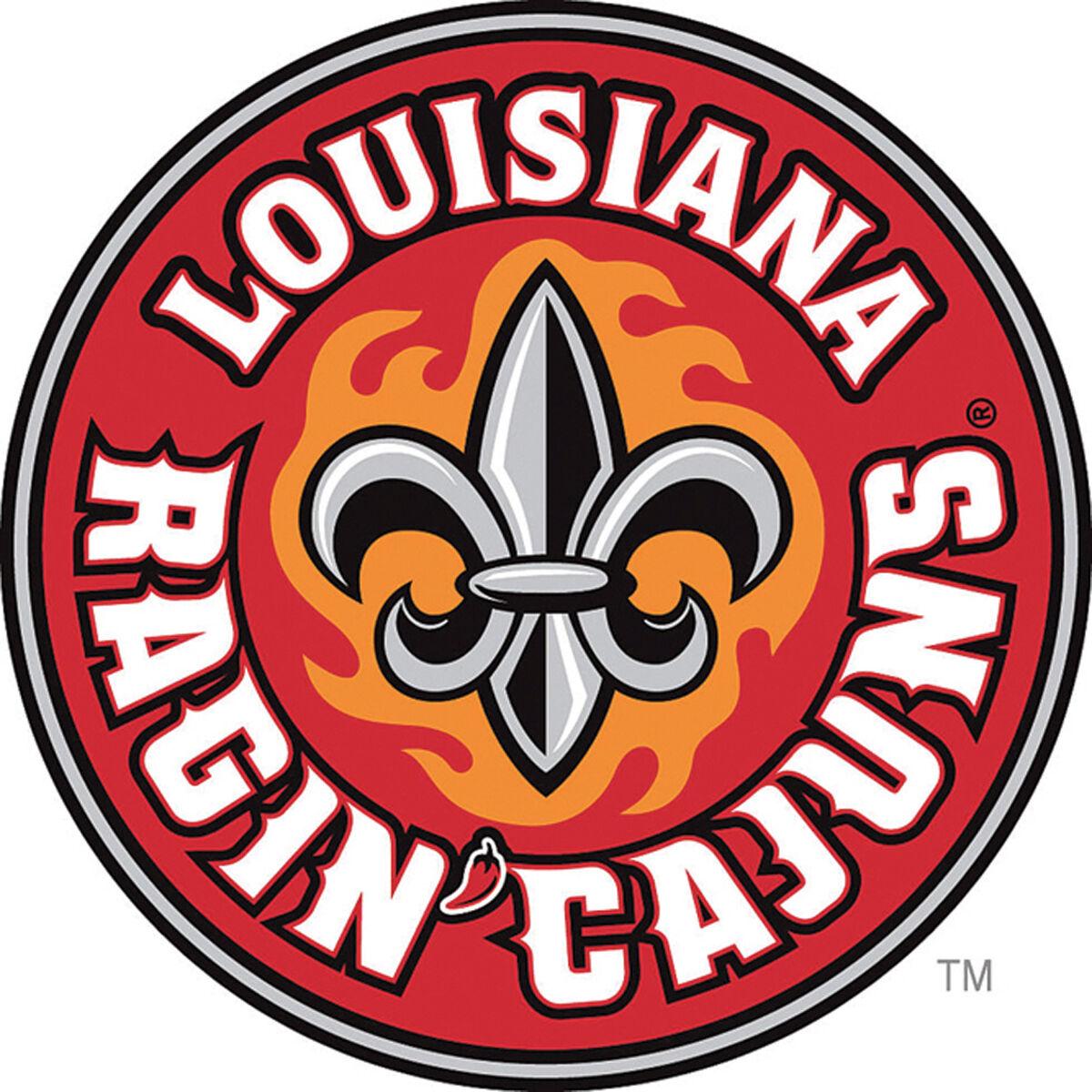 LAFAYETTE — Two mistakes made all the difference.

In Wednesday night's game at Cajun Field, No. 21 University of Louisiana and Coastal Carolina both produced four touchdown drives and four punts each, and had nearly identical total yardage (414 to 413). The difference proved to be a pair of miscues by the Ragin' Cajuns in the second half.

With the score tied at 21-21, Cajuns quarterback Levi Lewis threw an interception on the first play of the ensuing drive that gave the Chanticleers the ball at the 26-yard line and set up a touchdown.

The second mistake occurred in the fourth quarter.

Coastal Carolina then put together the game-winning drive that ate up 5:26 of the remaining 5:30 on the clock to seal the 30-27 victory.

"Those are two critical plays in the game,” Ragin' Cajuns head coach Billy Napier said. “A third-and-short when we get a false start penalty. Then obviously the interception that led to a touchdown. These are things that we’ve been working on. We’ve had those issues. I think we’ve got to get them fixed. We’ve got to coach better and try to eliminate those.

“They cost us tonight," Napier added. "They cost us an opportunity tonight. The things we’re talking about are things we can learn from.”

The Cajuns (3-1, 2-1 SBC) started the game strong with a 10-play, 75-yard drive which featured at least two carries by three different running backs, including a five-yard run by former Erath star Elijah Mitchell. The Ragin' Cajuns capped the drive with a 12-yard touchdown pass from Lewis to Jalen Williams.

Williams led the Cajuns with four receptions for 89 yards.

Coastal Carolina (4-0, 2-0 SBC) responded with a 10-play, 75-yard drive as quarterback Grayson McCall led the RPO-based offense down the field. The Chanticleers capped the drive with a one-yard touchdown run by CJ Marable.

The next five possessions all resulted in punts but then the Chanticleers needed only seven plays to go 84 yards. McCall found Marable for a 13-yard touchdown pass but the extra point was no good.

"We had to adjust to the play speed and settle in," Napier said about defending the option offense. "I think we could have tackled better. I think a lot of that you got to give credit to them. They are difficult to defend when you add in the mobile quarterback."

McCall finished the game completing 17 of 24 passes for 202 yards and two touchdowns with no interceptions, while also rushing for 45 yards on 11 carries.

The Ragin' Cajuns responded with a nine-play, 77-yard drive that showcased big pass plays (17, 18 and 23 yards) from Lewis.

Lewis wrapped up the drive with an 8-yard touchdown run with nine seconds on the clock which led to Lewis striking the Heisman pose in the end zone. Due to a bad snap, the extra point attempt was no good and the score was tied 13-13 at halftime.

Coastal Carolina opened up the second half with a methodical 16-play, 75-yard drive that took 8:12 off the clock and saw the Chanticleers pick up a fourth-down conversion. McCall capped the drive with a 6-yard touchdown pass (which was tipped by the tight end) to Jaivon Heilligh.

Coastal Carolina would go on to dominate time of possession in the second half. The Chanticleers had the ball for nearly 22 minutes after intermission.

“I think we’ll know more after we watch the tape,” Napier said. “I do think the tackling could be a little better, but they stress you. They did go for it on fourth down backed up on their first possession of the second half and converted. We had our opportunity. I think that’s what we’ll see when we see the tape.”

"We just have to go out there and execute our assignments better," said safety Ja'Len Johnson who led the team with eight tackles. "It was a lack of execution. We could have done a lot of things better."

The Ragin' Cajuns responded with a 66-yard touchdown drive, with Mitchell scoring on a 9-yard run. The extra point was good and with less than four minutes in the third the game was tied 20-20.

Mitchell finished the game with 39 rushing yards and two touchdowns on nine carries and had an 11-yard reception.

After the defense forced another punt, the Cajuns then committed the false start penalty which killed that drive. Then Coastal Carolina closed out the game with a 10-play, 61-yard drive as Massimo Biscardi hit the game-winning 40-yard field goal.

The Ragin' Cajuns will now look to regroup, work on fixing those mistakes and get ready for a non-conference road game at UAB on Friday, Oct. 23.

"Any loss is difficult to take,” offensive guard Ken Marks said. “But you have to take the losses and learn – take them as lessons, and learn from ’em. Obviously we wanted to go undefeated, we wanted to win every game. But we got defeated, so we just go and work and get ready for UAB.”

“I just talked about (how) the years at ’Bama that we won the national championship we always got beat, you know, at some point," Napier said of the message he gave his team afterwards. "The first half of the season you lose a game and that really caused us to make the necessary adjustments."