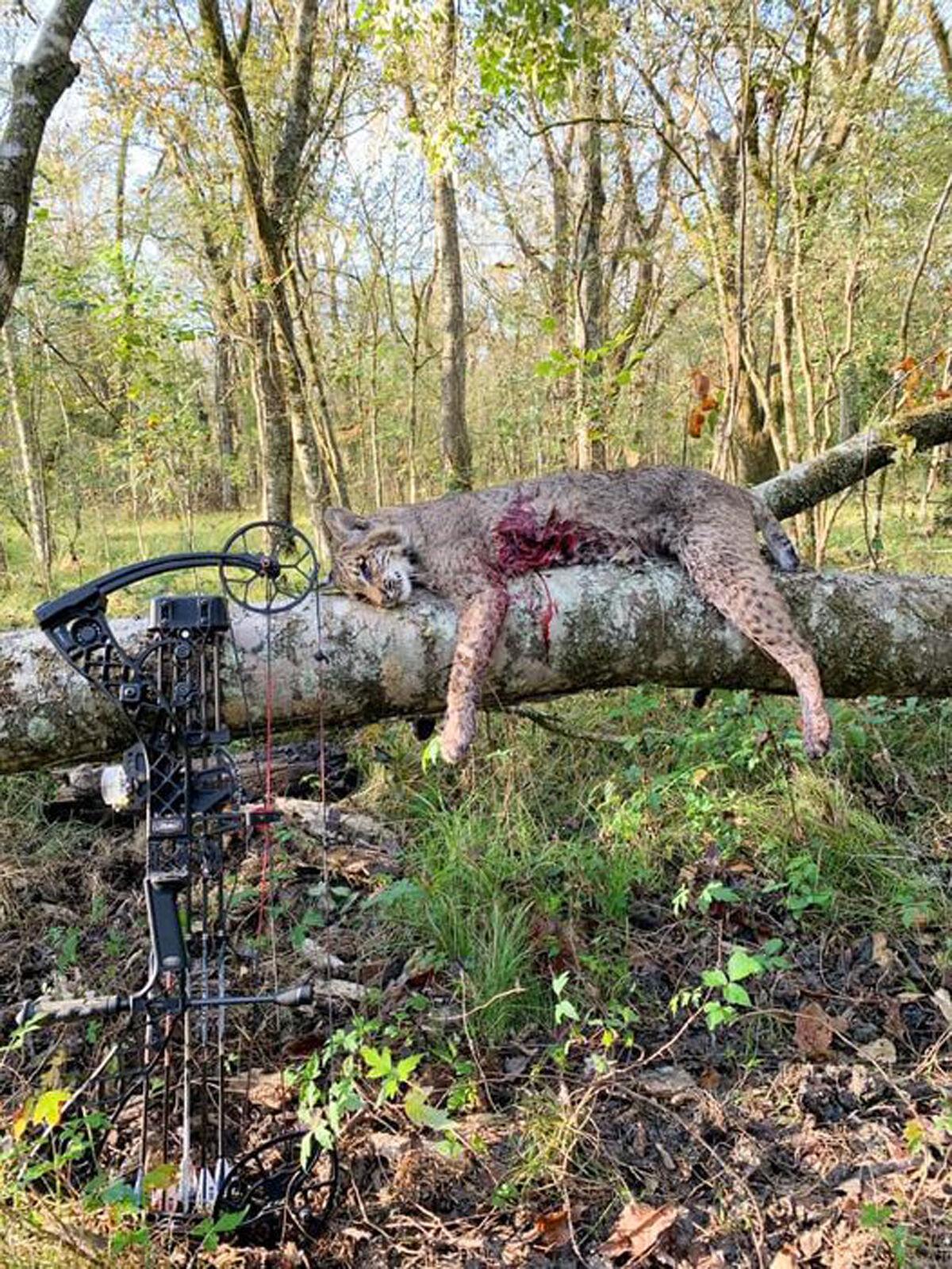 This 22- to 24-pound bobcat was shot with an arrow Nov. 13 by Austin Theriot in rural St. Martin Parish. 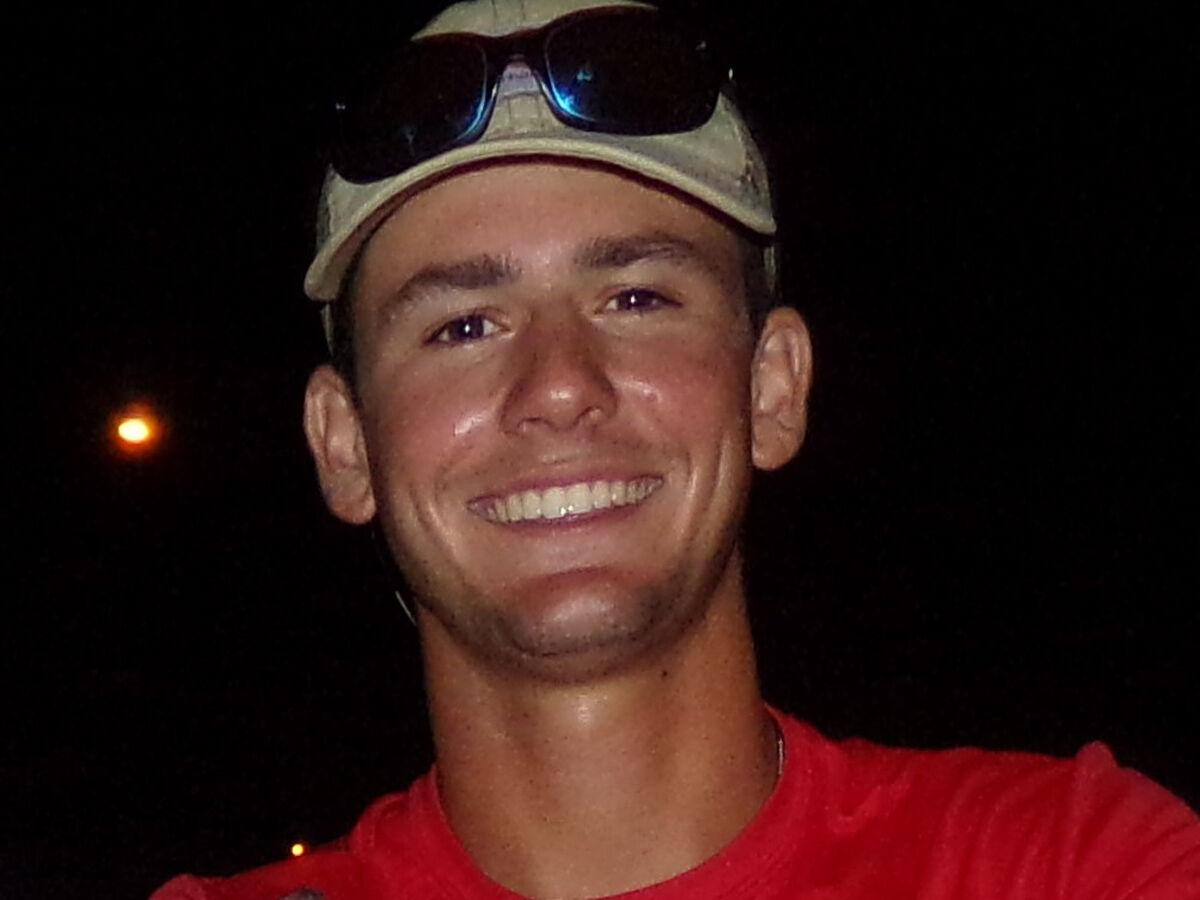 This 22- to 24-pound bobcat was shot with an arrow Nov. 13 by Austin Theriot in rural St. Martin Parish.

There are so many bobcats in the wild around the Teche Area.

Nineteen-year-old Austin Theriot sees them often when he’s in the woods deer hunting, which encompasses beaucoup hours. There is one less bobcat near his house in rural St. Martin Parish, between Cypress Island and Parks, after he shot it with his bow and arrow.

Theriot, who hunts deer most of the time on family property near Amerada off the Ceabon Canal, killed the male bobcat, which weighed between 22 and 24 pounds, Nov. 13 on a friend’s property he has permission to hunt.

“That was my first time hunting my (ladder) stand by the house this year (season). I had seen a couple good bucks on camera in that area,” Theriot said.

At approximately 7 a.m., a bobcat walked into his view.

“I sat down in the morning and the bobcat came out. I shot him. It ran 20 yards and flipped over. It was a perfect shot right behind the shoulder,” he said.

He shot it with an Easton arrow armed with a Swhacker broadhead fired from his Mathews Creed compound bow.

Theriot, 19, believes the bobcat was just making its rounds that morning and more than likely wasn’t hunting for breakfast.

“It was a big male. Those big males travel a lot. I think it was just traveling that area. I don’t know if it was hunting or what,” he said.

Bobcats can take down animals several times their size and are a bit larger than a large domestic cat at 25-30 inches long, according to the Louisiana Fur Advisory Council. They eat rabbits, mice, squirrels, small birds and young livestock.

State Department of Wildlife and Fisheries set an experimental year-round season with a harvest of one bobcat per calendar year for 2020-21.

Theriot doesn’t go out specifically to target a bobcat. The SLCC student studying aviation mechanics, a deer hunter at heart, killed his first deer at age 5, or about as soon as his mother, Toni, gave the go-ahead to his father, Darrel, to take him deer hunting in the Spillway. If he sees a bobcat at, say, the end of the day, it walks.

“A lot of times I don’t shoot. Prime time (for deer movement) is in the evening (last hour or two before sunset),” he said.

Theriot has hides tanned by a local taxidermist of two bobcats and one coyote taken during his hunting career. He’s about to add the hide of a third bobcat, the one he shot the second week of November.

One of the biggest bobcats reported killed in the region within the past few years was a 38-pounder by Troy Borill, 48, who was hunting predators on Feb. 5, 2018, in Acadia Parish. He was alternately blowing a young cottontail rabbit in distress call with a baby cottontail and an adult cottontail call.

Theriot has spotted bobcats on many occasions in this region.

“Around here, I don’t hear a lot of people killing them but I see a lot of them,” he said.

Those aren’t the only big game cats he has seen in the woods on either side of the West Atchafalaya Basin Protection Levee.

“I saw a black panther on our lease around Lake Martin. A big black panther standing up. That’s some big cats. That one’s got to be 6-foot long,” he said, adding that it’s always seen by him and others standing in the same open area.

That black panther grew up to be a big cat for a reason. It puts distance between it and humans in the blink of an eye.

“It isn’t the first time I’ve seen that panther. You get 400 yards away and it takes off. It don’t let you get close, that’s for sure,” he said.

Theriot has been duck hunting this season, too, but the duck hunting success in his area of the nation’s last great overflow swamp has been poor. He and his duck hunting companions shot down a few wood ducks early in the season, he said, but it’s been downhill since then.

He is an avid fisherman, an accomplished bass tournament angler as well as a sac-a-lait fishermen who brings home the bacon, er, slabs. He is taking advantage of the hunting season now but is ready to wet a line at a moment’s notice a few weeks or months from now.

He has another bobcat skin to prove it.