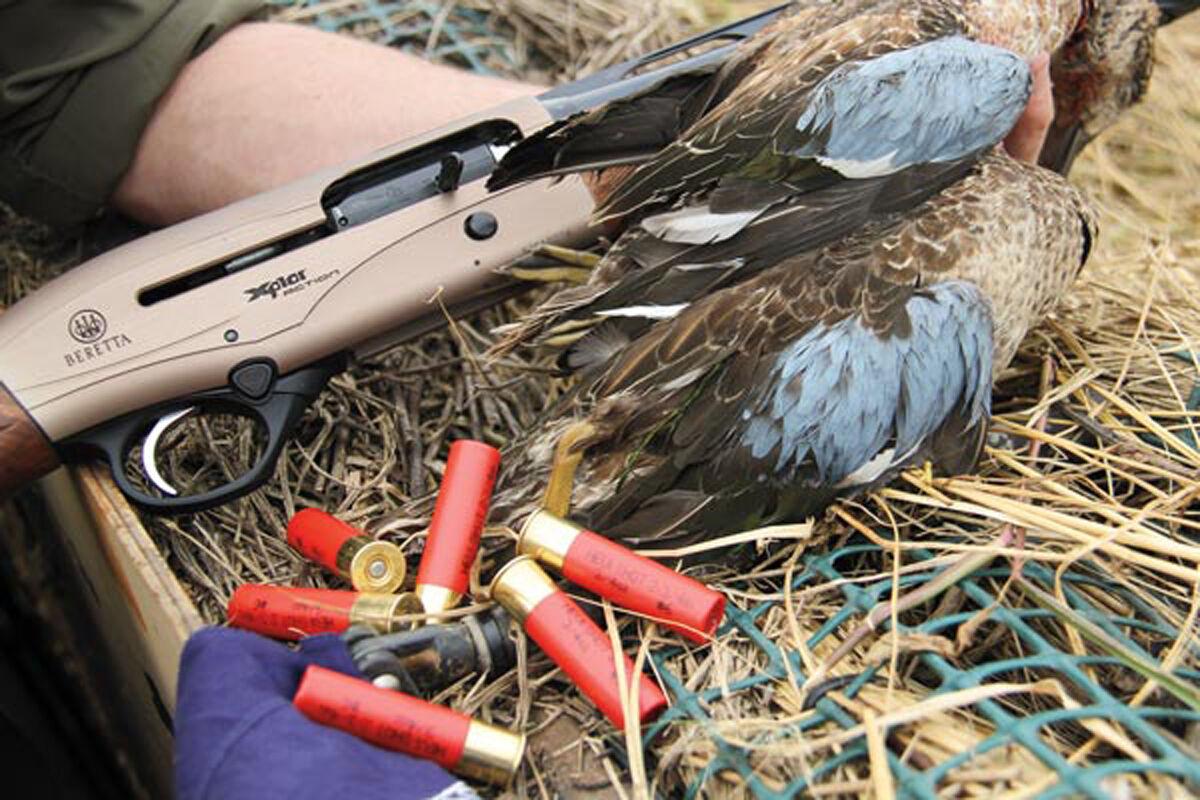 Knocking blue-winged teal down is the name of the game during the special teal season scheduled to open Sept. 12 in Louisiana. The Sportsman’s Paradise sits in the Mississippi Flyway, where more than 700,000 teal are gunned down each year, easily the majority harvest in the U.S. 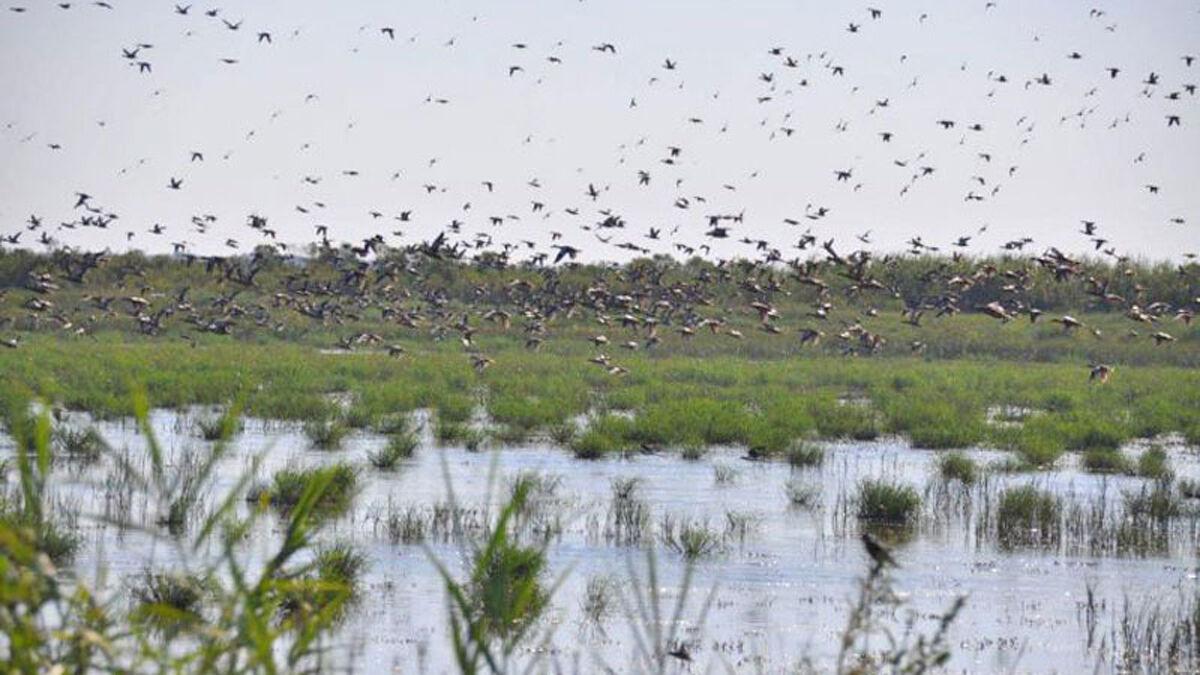 Blue-winged teal by the thousands could be in Louisiana for the special teal season that opens Sept. 12. A sight like this would be a dream come true for any duck hunter. 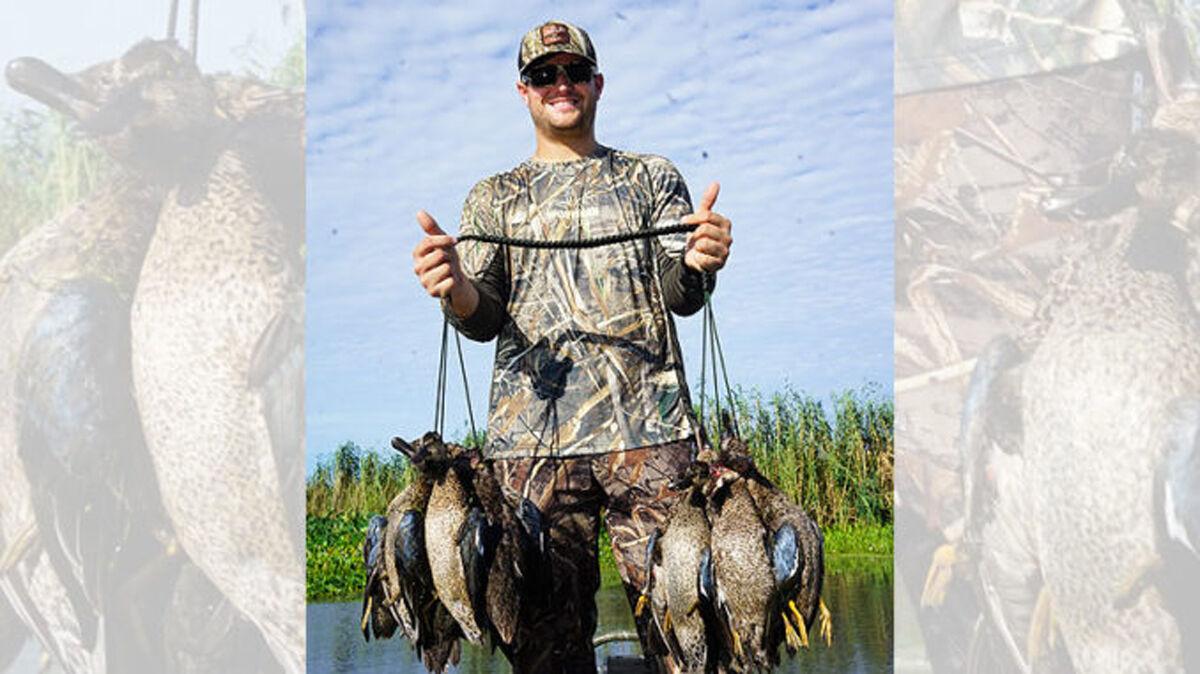 Duck hunters hope to fill their duck strap with blue-winged teal when the season opens Sept. 12 in the Sportsman’s Paradise. Blue-winged teal is the predominant duck harvested during the special season. During the regular waterfowl hunting season, it’s reversed as more green-winged teal are taken.

Knocking blue-winged teal down is the name of the game during the special teal season scheduled to open Sept. 12 in Louisiana. The Sportsman’s Paradise sits in the Mississippi Flyway, where more than 700,000 teal are gunned down each year, easily the majority harvest in the U.S.

Blue-winged teal by the thousands could be in Louisiana for the special teal season that opens Sept. 12. A sight like this would be a dream come true for any duck hunter.

Duck hunters hope to fill their duck strap with blue-winged teal when the season opens Sept. 12 in the Sportsman’s Paradise. Blue-winged teal is the predominant duck harvested during the special season. During the regular waterfowl hunting season, it’s reversed as more green-winged teal are taken.

Sportsman’s Paradise duck hunters, including many from the Teche Area, won’t miss their first chance to get out and shoot some on the wing, no matter that Hurricane Laura recently changed the game significantly in southwest Louisiana.

“Louisiana’s hunters are pretty stout. Wherever they can access, they’ll go,” said Larry Reynolds, the state Department of Wildlife and Fisheries waterfowl biologist who keeps a pulse on waterfowl hunting in the state.

The special teal hunting season opens Saturday and closes on Sept. 27. It’s a preview, a popular one at that, for waterfowlers who have been waiting months for another crack at ducks. The daily limit is six per duck hunter while the possession limit is 18.

Hurricane Laura, which smashed into the coast near Cameron as a Category 4 storm around 1 a.m. Aug. 27, brought a storm surge of 9 to 12 feet and dumped heavy rainfall on the region. As a result, much more water than usual fills the marsh and other areas in the southwestern part of the state.

“Well, it definitely reduced habitat in certain parts of the state. It also put water in other parts of the state that didn’t have water. All the extra water is going to spread the birds out,” Reynolds said Wednesday afternoon from his Baton Rouge office.

“Southeast Arkansas got 7 inches of rain. So that improves habitat north of Louisiana,” Reynolds pointed out.

“There’s no doubt our habitat quality took a shot from the storm,” Reynolds said, “but it also put a lot of water on the landscape. There’s a lot of water.”

Area duck hunters were talking about the storm’s potential to spread ducks out in the days leading up to its unwanted and devastating arrival below Lake Charles.

With the teal season opener less than two weeks away, Reynolds was concerned about another blow delivered by Hurricane Laura.

“Southwest Louisiana took a hit. Almost all of the seed-producing annuals and SAVs (submerged aquatic vegetation) will be negatively impacted. I don’t want to say wiped out or decimated,” the state’s waterfowl study leader said about the areas along the coast in southwest Louisiana.

Hurricane Laura’s aftermath reminds him of Hurricane Rita, which barreled into the state in late August 2005. Despite the rotting, stinking water in the coastal marsh, there still were “a lot of ducks.”

Apparently, blue-winged teal were plentiful in the state before Hurricane Laura. They may stay in affected areas, just as they did after Hurricane Rita.

How many blue-wings, the predominant bird harvested during the special teal season, have migrated this far so far?

“Surprisingly, there have been a number of blue-wings in the state the last couple of weeks. Our wood duck banders are catching a lot more blue-wing teal when they’re banding,” Reynolds said. “My colleague in Texas (Kevin Kraai, Texas Parks and Wildlife Department waterfowl program coordinator) said there have been an abnormally high number of blue-wings in Texas for the last two weeks.”

Reynolds, who has been heading up the state’s waterfowl study program since 2008, said he hasn’t been in contact with waterfowl biologists in southeast Louisiana as of Wednesday. That area experienced a storm surge of only 2- to 4-feet.

However, Southeast Louisiana habitat conditions were “great,” Reynolds said, in many locations before the brunt of the storm missed that particular region.

The same can’t be said from Grand Chenier to the state line below Lake Charles. Will the added water move the teal?

“Who knows? All the water provides new habitat for blue-wings. They might just redistribute and find water levels suitable for eating needs,” Reynolds said.

“Blue-wings are going to find places to go. It’s pretty clear the coast (teal hunting success along the coast) will be hit and miss but there’s a lot of landscape farther north. I think it’ll probably be OK where the habitat is.”

Again, he recalled Hurricane Rita. Duck hunters have more access to their duck hunting destinations than they did at this time five years ago because of road closures and other restrictions implemented after that devastating storm.

“Rita did a lot more damage in 2005,” the veteran waterfowl biologist said.

He’ll get a better idea of what the waterfowl population looks like in southwest Louisiana when he and his staff conduct a waterfowl aerial survey starting Tuesday. He was unable to take one in September 2005 because aircraft were necessary for search and rescue missions in the wake of Hurricane Katrina, a Cat 5 storm that punished southeast Louisiana after making landfall Aug. 29. When Reynolds did get up in the air for the first time in November, he remembers how the “wiped out” marsh stunk so badly.

Whatever area duck hunters face in their favorite special teal season areas, at least they have a six-bird limit per person to go home with. There was an attempt in January 2019 to reduce that limit to four by Louisiana Wildlife and Fisheries Commission member Bart Yakupzack, a Lake Charles lawyer. Fortunately for the state’s duck hunters, that didn’t fly after the public comment period.

There’s at least one reason for duck hunters to be optimistic going into the special teal season. Reynolds said waterfowl biologists in the duck breeding grounds north of the border are reporting a bumper crop of blue-winged teal after the latest reproduction cycle.

“We’ve gotten some signs that maybe blue-winged teal production was good this year. Colleagues up there say they’re overrun with (young) blue-winged teal,” he said, noting those reports come from a small portion of the vast breeding grounds.