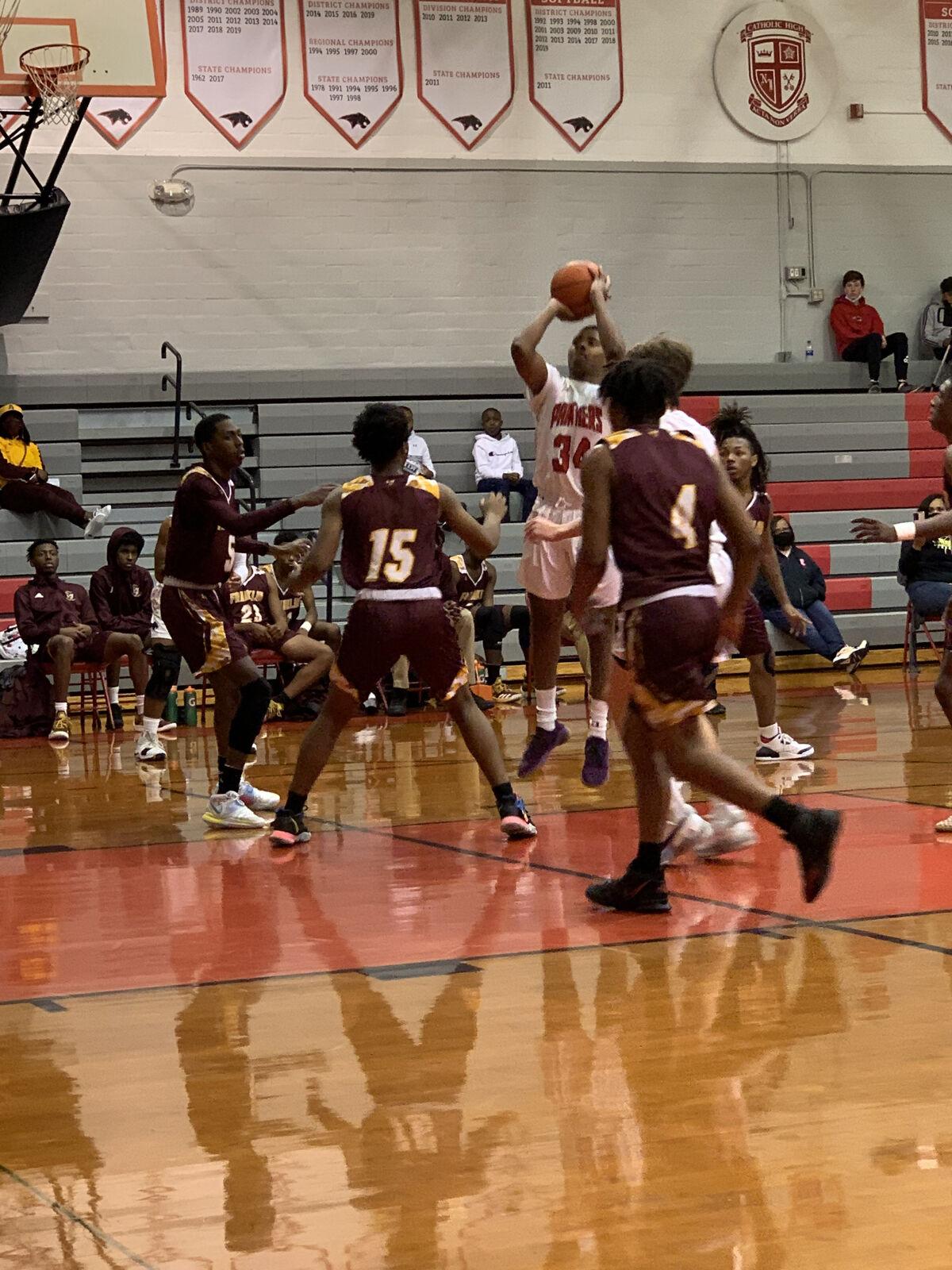 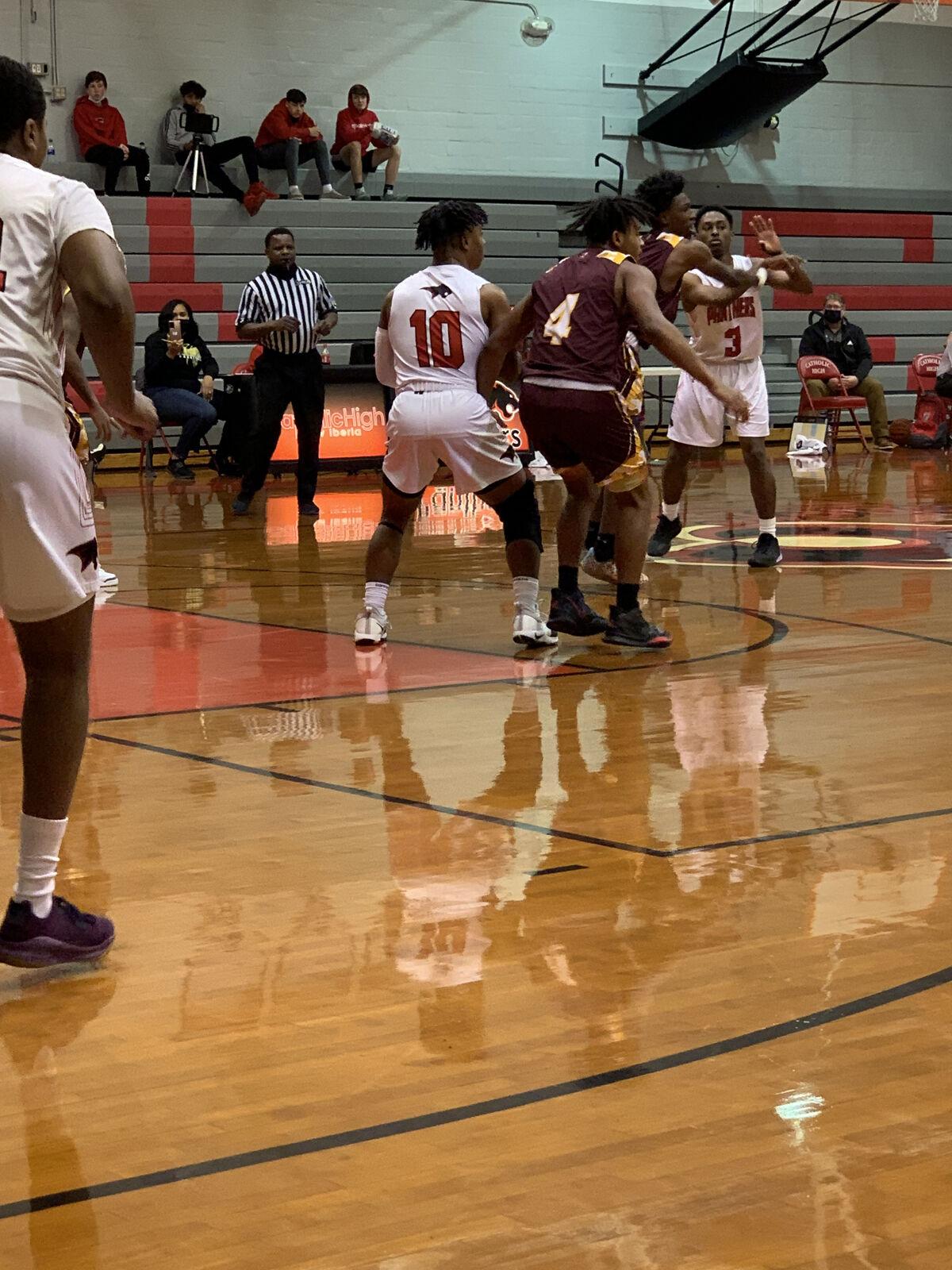 Catholic High School's Hiram Eugene (3) passes to a teammate during a home boys' basketball game against Franklin on Friday. 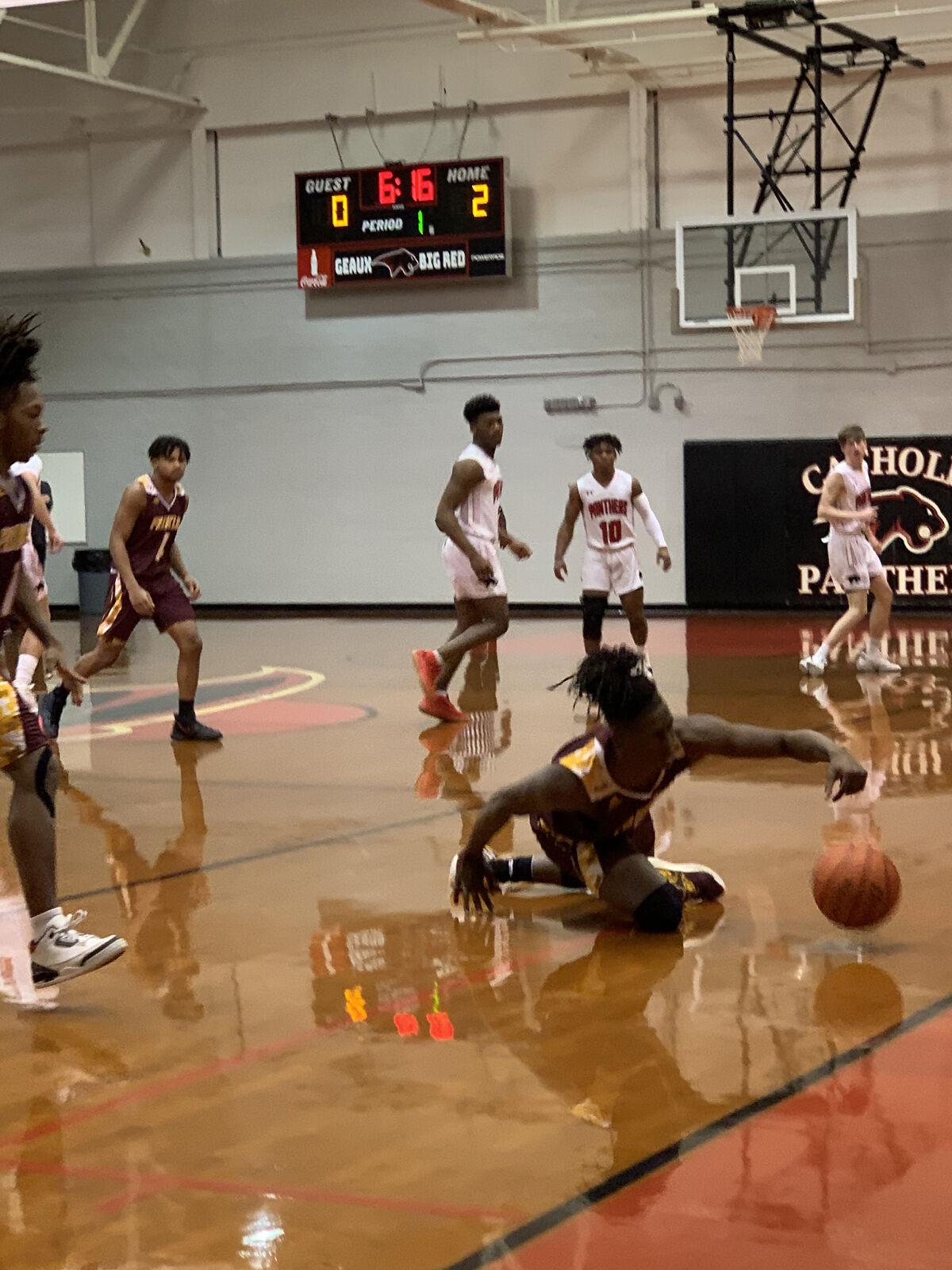 Franklin's Travis Zeno Jr. scrambles for a loose ball during a District 7-2A boys' basketball game at Catholic High on Friday.

Catholic High School's Hiram Eugene (3) passes to a teammate during a home boys' basketball game against Franklin on Friday.

Franklin's Travis Zeno Jr. scrambles for a loose ball during a District 7-2A boys' basketball game at Catholic High on Friday.

That continued Friday night against the District 7-2A champion Franklin Hornets. CHS and Franklin were tied at the end of the first quarter, tied at halftime and tied after three quarters before a Franklin spurt at the start of the fourth quarter gave the Hotnets an 8-point lead which they were able to hold onto and beat Catholic High 59-51. CHS finished the regular season with a 12-10 record.

“I was proud of the way the guys played,” Guilbeau said. “It was probably the last home game for our seniors. Franklin is a very good (Class) 2A team that’s ranked fifth right now and they beat us pretty handily at their place so we wanted to come out and have a little pride in ourselves and have a better showing, which we did.”

Hiram Eugene, Jr. had 13 points and Johnathon Jumonville added 10 for Catholic High, which will likely be on the road in the first round of the Division IV playoffs later this week against either St. Thomas Aquinas or Northlake Christian.

CHS was ninth in the LHSAA’s unofficial power rankings that were released Tuesday.

“It was a close game and it was tied at the end of the third quarter and they have a run at the beginning of the fourth quarter and it was tough for us to come back from a run like that with six minutes left in the game,” Guilbeau said.

“But it was a great game and it gave us a little momentum as we head into the playoffs.”

Guilbeau said CHS had foul trouble in the fourth quarter as three starters fouled out the game, which added pressure to finish off a comeback win. The Panthers got the deficit down to 5 points twice in the final six minutes, but couldn’t get any closer.

J’Michael Gray led FSH with 17 points, Michale Provst III added 15 and Travis Zeno finished with 13 for Franklin, (23-4) which hasn’t lost a district game in three years. When the brackets are released Monday around noon, Franklin is expected to be the fifth seed in Class 2A and play host to DeQuincy or Varnado in the first round later this week.

Friday’s loss aside, Guilbeau feels his team is peaking at the right time as the playoffs begin.

“We had a win against Houma Christian, a win against Jeanerette and we had a good game against West St. Mary,” Guilbeau said. “I don’t want to jinx us or anything but we’re jelling as a team, at this point. Guys understand their roles and are contributing and I hope that continues.”