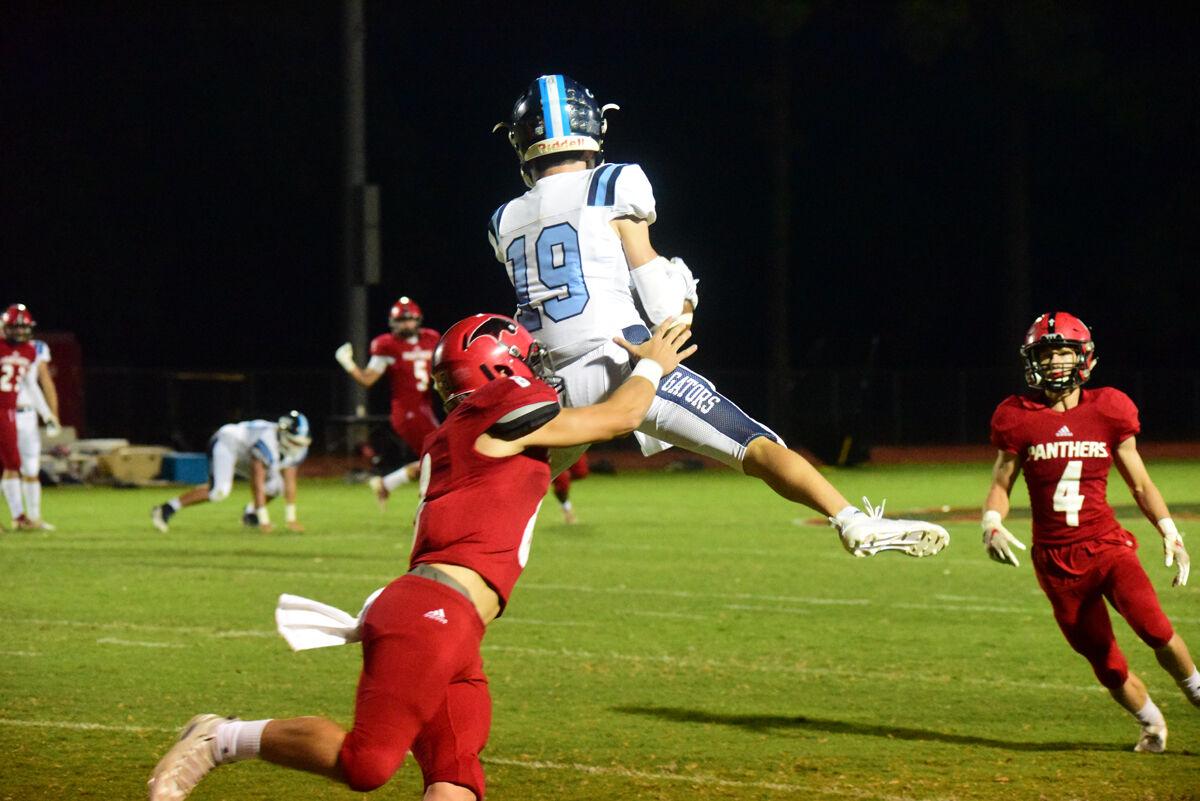 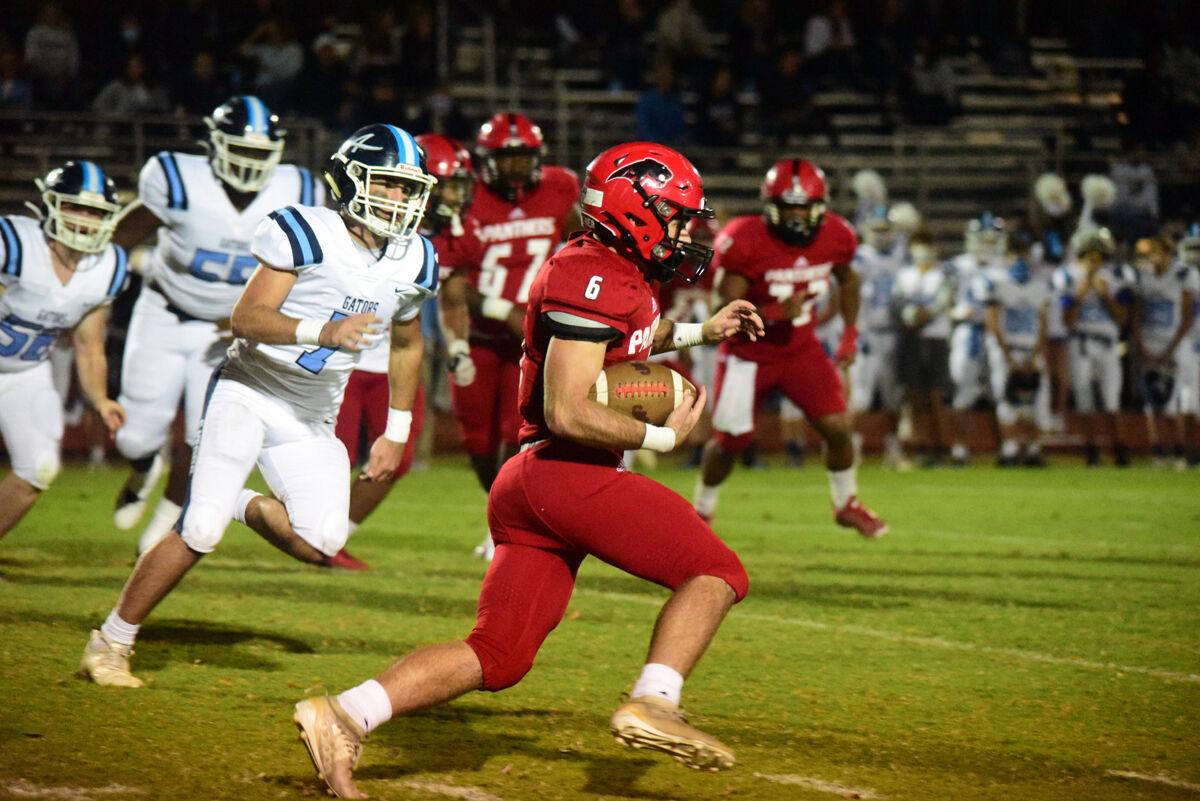 Catholic High’s Will Regard carries the ball against Ascension Episcopal.

Catholic High’s Will Regard carries the ball against Ascension Episcopal.

The visiting Blue Gators (2-0, 1-0) scored on their first three possessions to take a 21-0 lead and then held off the Panthers in the second half to claim a 28-14 win. It marks Catholic High’s first district loss in four years.

“Tip of the hat to Matt Desormeaux,” CHS head coach Scott Wattigny said of the AES coach. “They did a great job.

“You saw them jump out to a 21-0 lead, and then secure a 28-7 halftime score. Credit to those guys. They fought their tails off and deserved to win.”

AES quarterback Ethan Simon darted 48 yards around the right end on the first place from scrimmage to set up a TD pass to Austin Mills.

After CHS made one first down, its offense bogged down and the Blue Gators blocked the ensuing punt to set up another Simon TD pass to 6-foot-5 receiver Jude Ardoin.

Following a three-and-out by the Panthers, AES running back Cole Edmond sprinted 58 yards to make it 21-0 with 3:54 remaining in the first quarter.

“For whatever reason, those big early plays stunned us on defense,” Wattigny said. “I don’t know if we came out flat. We went a quick 3-and-out a few times in the first half, especially early in the first quarter, and we were trying to limit the opportunities for their quarterback.”

In the third quarter, the Panthers (1-2, 1-1) were stopped twice on fourth down near the AES goal-line.

“It was a tale of two halves,” Wattigny said. “I thought we had them on the ropes in the second half. We were in the red zone multiple times.

“We have to finish. That was the same situation with De La Salle. We’re not like sharks right now. We’re not smelling blood in the water in the red zone.”

After he was limited to 42 yards rushing in the first half, CHS quarterback KK Reno finished with 152 yards on 30 attempts with a touchdown.

“In the first half, we weren’t identifying their defense the way we should have,” Wattigny said. “We weren’t seeing what they were presenting. Once we did, we had tons of success. But it doesn’t matter how many yards you get if you can’t score.

“We have to finish blocks. We have to have a will to get in there into the end zone. We made some silly mistakes. Twice, we didn’t punch it in where we could have made it a 28-21 game. That was a complete momentum swing.”

Marco Austin, Trace Williams and Willie Regard combined for 137 yards rushing and Layne Lipari scored a touchdown in the second half.

“Conditioning wise, I thought we were in great position,” Wattigny said. “They were starting to wear down.

“I thought our big bodies and offensive scheme were doing what we need to do, but it doesn’t matter how long you have the ball and how many yards you have if you don’t score any points.”

Wattigny wasn’t pleased with the Panthers’ extracurricular activity. CHS was penalized multiple times for personal fouls, including a fourth-quarter incident where a punch was thrown after the whistle.

“I’m utterly disappointed in what I saw tonight as a very poor reflection of me,” he said. “I saw a lot of unnecessary personal fouls. Those are actions I’m not proud of. Those actions aren’t a reflection of our school and the team and what we stand for.

“I’m disappointed in myself more than anything. I just got done saying that to our guys. This isn’t anybody else’s fault. This is my fault. We’re going to get it corrected. I’m not going to watch what I watched tonight. I’m not talking about the loss. I’m talking about our actions with the penalties.”

Jackets get serious in second half, pull out win