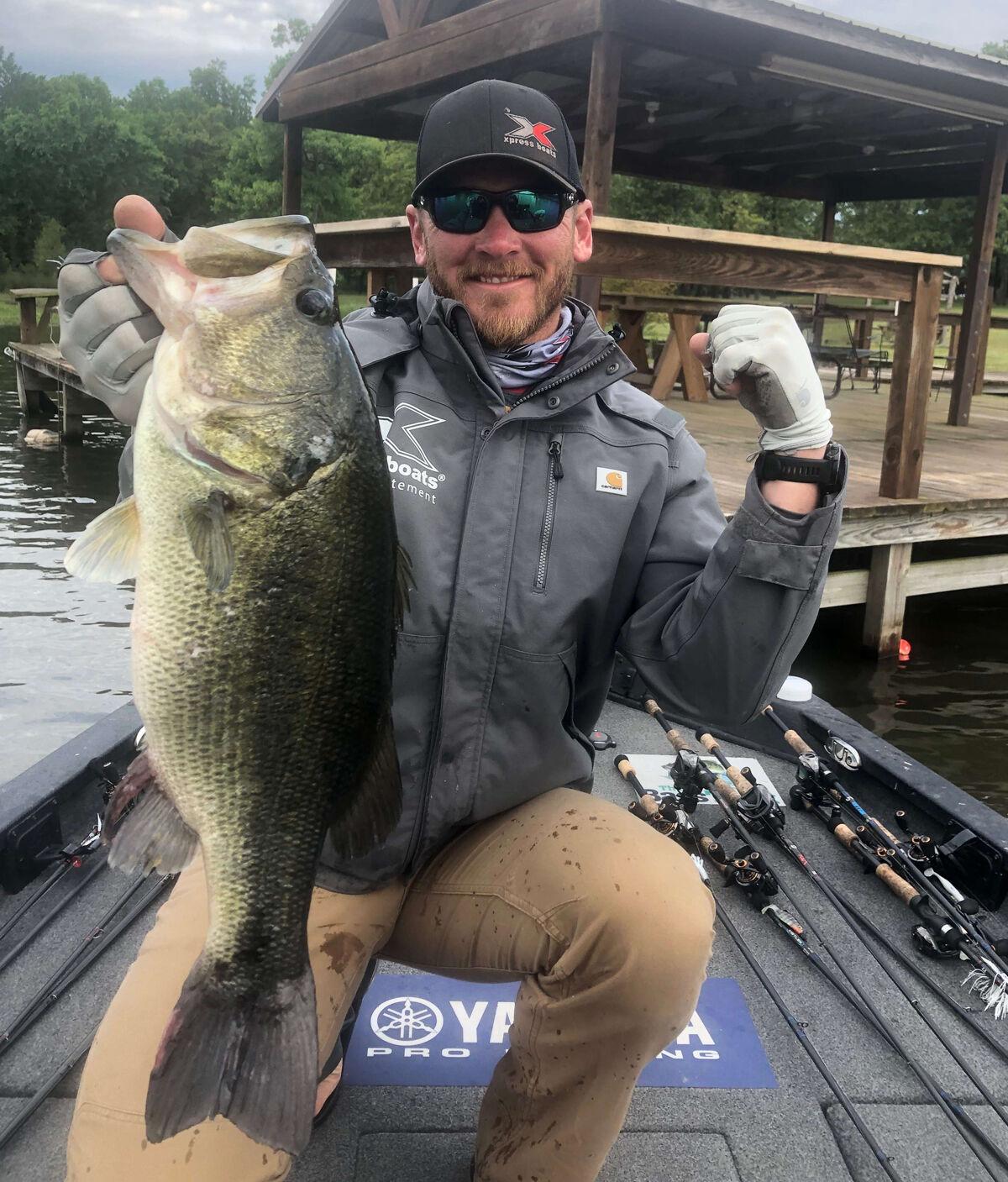 Bass like this one lifted New Iberian Caleb Sumrall to a 21st-place finish in a 99-angler field last week at Lake Fork. Sumrall has made the cut (Top 49) in four straight Elite tournaments in 2021. 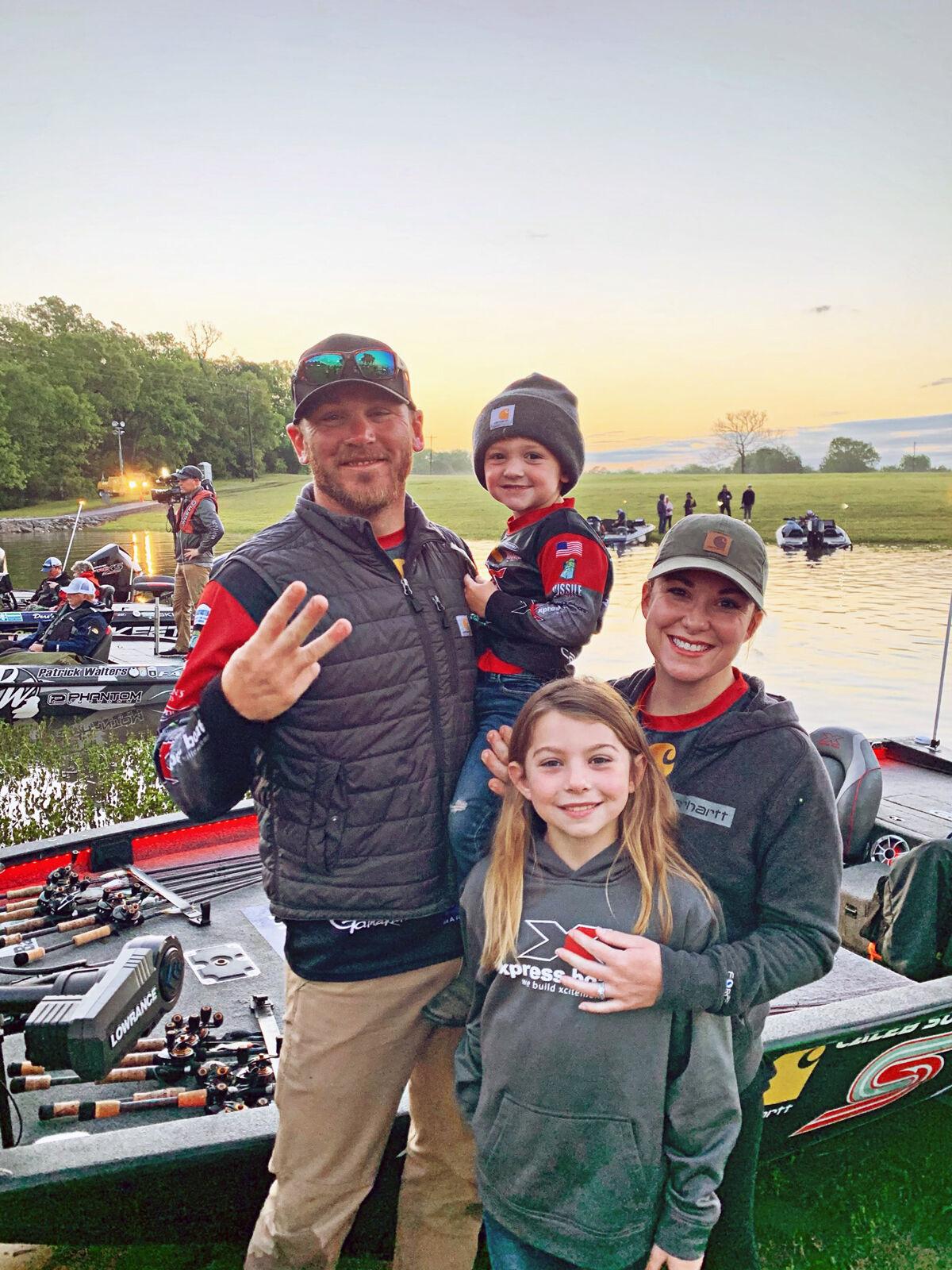 Bass like this one lifted New Iberian Caleb Sumrall to a 21st-place finish in a 99-angler field last week at Lake Fork. Sumrall has made the cut (Top 49) in four straight Elite tournaments in 2021.

QUITMAN, Texas — By making four straight cuts, including a Top 10 finish, on the Bassmaster Elite Series, Caleb Sumrall’s got Ol’ Mo on his side for the stretch run in 2021.

The New Iberian kept the ball rolling and the key bass biting April 22-25 with a 21st-place finish in the Guaranteed Rate Bassmaster Elite at Lake Fork near Quitman, Texas. He made it to Semifinal Saturday and his third limit in three days gave him a total of 57 pounds, 14 ounces.

The 33-year-old Elite bass pro was heading south on Interstate 49 in his Toyota Tundra pulling his Xpress X21 Pro aluminum bass boat with a 250-h.p. Yamaha Sho. He talked about the first part of the season and what’s ahead as he drove Monday afternoon through Alexandria.

He’s very pleased he’s in 10th in the Angler of the Year standings, tied with Jason Christie of Park Hill, Oklahoma, who won the previous tournament at Sabine River. They both have 360 points.

Another Elite bass pro from Louisiana, Greg Hackney of Gonzales, is right behind Sumrall and Christie with 354 points. The 99-angler Elite field is chasing AOY leader Seth Feider of New Market, Minnesota, who has 436 points.

Sumrall’s goal is to finish in the Top 39 (before double qualifiers via Bassmaster Opens, the last Elite and Classic winners) to earn a berth in the 2022 Bassmaster Classic. B.A.S.S. announced recently that Super Bowl of bass fishing will be at Lake Hartwell, where he won the B.A.S.S. Nation National Championship in October 2017.

“Oh, I try not to worry about it too much because there’s still a lot of fishing left. I’d like to finish in the Top 10. There’s room to go up but there’s a lot of room to go down,” he said.

Sumrall said he’ll probably leave today for Neely Henry Lake at Gadsen, Alabama, the next stop on the Bassmaster Elite Series trail for 2021. It’s the sixth tournament of the year.

After Neely Henry Lake, there are three tournaments on the schedule. The Elites go to Alabama’s Lake Guntersville on May 20-23, then take a two-month break before hooking up and traveling to the Northeast for tournaments July 8-11 at Lake Champlain and July 15-18 at the St. Lawrence River.

At Lake Fork, Sumrall targeted an arm in Little Caney Creek. The creek also was being fished by his good friend and traveling buddy Lee Livesay of Longview, Texas, who dominated Championship Sunday with 42 pounds, 3 ounces, for an unbeatable four-day total of 112 pounds, 5 ounces.

Sumrall’s pattern involved doing what he does best.

“I was fishing for spawners and fishing for fish coming in to spawn, so it was a lot of sight fishing, frogging, stuff like that,” he said, noting he cast either a black or white Spro Popper.

His first day was the best, one he was able to enjoy that afternoon with his wife, Jacie, daughter, Clelie, and son, Axel, who traveled to Quitman.

After getting a limit before 9:05 a.m., Sumrall culled six times to arrive at 21 pounds, 13 ounces. His second bass that Thursday weighed 5-10.

“Oh, yeah, big time,” he said about the importance of that bass.

Soon he’ll be turning his attention to Neely Henry Lake.

“It’s a small lake that’s full of fish so it’ll be interesting. It’ll be a good tournament for sure,” he said about Neely Henry Lake near Gadsden, Alabama.

Both Neely Henry Lake and Lake Guntersville in western Alabama have submerged vegetation but the green stuff isn’t as prolific as it normally is, according to Sumrall.

He was fourth there in June 2019, his best showing as an Elite, while punchin’ grass mats in Lake Guntersville. Chances are he won’t be able to punch his way to victory this time because punchin’ tactics may be less in demand at Neely Henry Lake.

“Depending on how any many mats are there, I’m not going to do a ton of punchin’,” he said, noting plastic frogs, swimbaits and other artificial lures of choice probably will play the day at each lake.