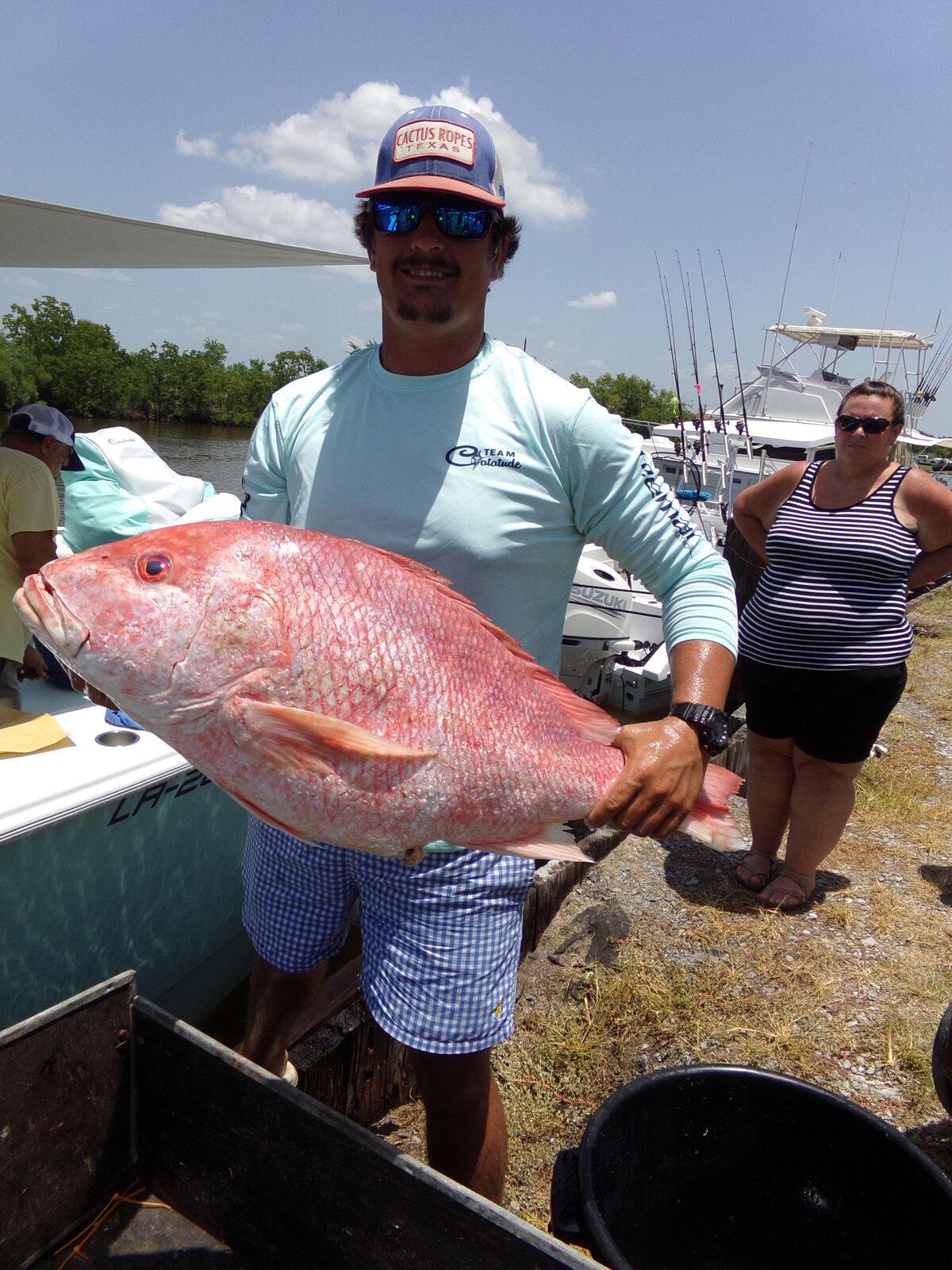 Rhett Lane’s 23.2-pound red snapper was a first-place beauty during the 2019 Iberia Rod & Gun Club Saltwater Fishing Rodeo at Cypremort Point. Lane was fishing aboard a local boat, Catatude, when he caught the big fish. 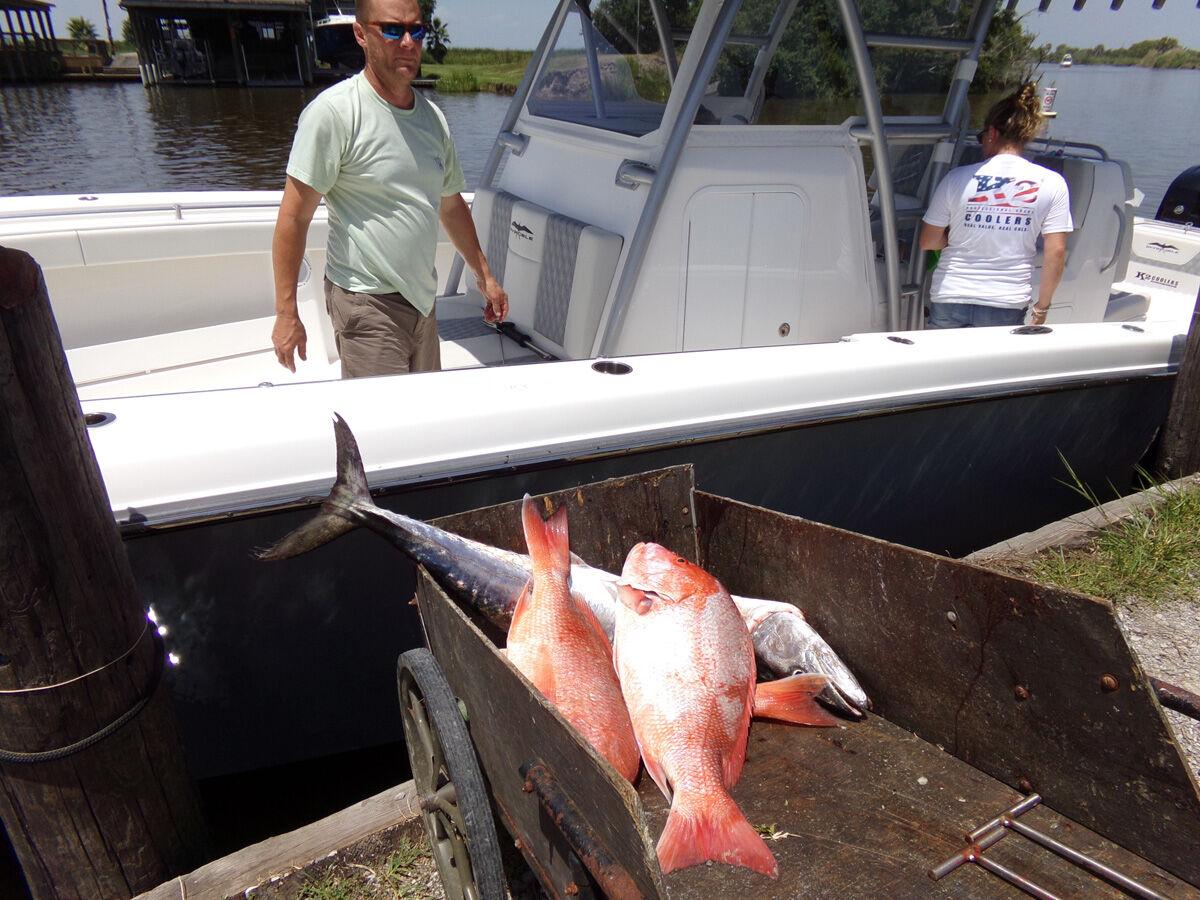 Rhett Lane’s 23.2-pound red snapper was a first-place beauty during the 2019 Iberia Rod & Gun Club Saltwater Fishing Rodeo at Cypremort Point. Lane was fishing aboard a local boat, Catatude, when he caught the big fish.

During the 2000s and 2010s, the Teche Area’s many offshore fishermen complied with increasingly unrealistic federal restrictions on red snapper catches and seasons but insisted there was an abundance of the tasty fish in the western Gulf of Mexico.

The feds cited overfishing at first, then the need for a rebuilding plan to increase the red snapper stock. Anglers from here to Florida said the government was seriously undercounting the population.

You know what? Dan Doerle, Jacques Hebert, Malcolm Migues, the Eliases (Drs. Darryl Sr. and Darryl Jr. and Eric), Craig Girouard, Harry Hebert and so many others with a passion for red snapper fishing were right to this day. They saw seasons and creel limits get shorter and fewer while seeing more and bigger red snapper.

An Associated Press story published March 24 citing a new study that triples the estimate of red snapper in the Gulf. Hint: It’s all about mud and sand.

According to the wire story written by veteran AP writer Janet McConnaughey, an accomplished journalist who I have known and respected for many years, the $12 million Great Red Snapper Count estimated three times the number of red snapper living in the Gulf of Mexico than previously reported by the federal government.

At least one state lawmaker was encouraged by the extensive study.

The recent study — funded by $9.5 million from Congress, which voted for it in 2016, and approximately $2.5 million in matching funds from 14 universities — estimated there are about 110 million adult red snapper (at least 2 years old) in the Gulf. The 2018 National Oceanic and Atmospheric Administration marine fisheries’ estimate on adult red snapper in the Gulf was approximately 36 million.

And, hold onto your hat, the GRSC purposefully lowballed the population numbers. The report noted researchers adopted a conservative approach that more than likely underestimates the total.

“That is the choice you want to make in precautionary fishery management – just like in your personal finances, it’s better to actually have more money than you think you do in your bank account, rather than having less than you think you do,” Will White, a fisheries population expert at Oregon State University, said.

The study is earthshaking. And it comes at a time when the Gulf of Mexico Fisheries Management Council may consider revising quotas in April.

Where do the extra red snapper live?

Clay Porch, director of NOAA’s Southeast Fisheries Science Center in Miami, admitted federal scientists relied on information from a fishery concentrated on reefs, both natural and artificial, while the new study analyzes the vast amount of space in between. More than 60 percent of the red snapper were in areas unchecked before, according to the GRSC by 20 scientists from 14 universities and NOAA.

Greg Stunz, the new study’s lead researcher from Texas A&M-Corpus Christi, said, “Sand and mud makes up the vastness of the Gulf of Mexico.”

Stunz also said that expanse is dotted with remnant oyster reefs, salt domes, holes carved by currents, shipwrecks, fallen containers and other bottom characteristics that attract red snapper. Sediment suspended in the water makes the area west of the Mississippi River so murky that researchers designed acoustic equipment just for the project, he said.

What that means, according to Stunz, is “we have a reserve that is not directly targeted” by fishermen.

“Some of the highliner commercial fishermen have been telling us for years there are fish ‘out on the mud,’” he said.

While White has yet to study the report in depth, he pointed out “it uses standard methods and takes appropriate precautions with the data.”

The study is a breath of fresh air. It’s been a suffocating period for recreational fishermen since the late 1980s, getting worse each year up to 2017, when NOAA Fisheries set the recreational red snapper harvest at three days in the Gulf. However, the Trump Administration added 39 days.

The Gulf States (Florida, Alabama, Mississippi, Louisiana and Texas) were allowed to regulate recreational fishing seasons under an experimental plan that became permanent in 2019.

Finally, the report noted the new estimate doesn’t replace NOAA’s 2018 assessment but will supplement and enhance future analyses. And Porch said the quotas are unlikely to be tripled in light of the study for various reasons.

DON SHOOPMAN is outdoors editor of The Daily Iberian.