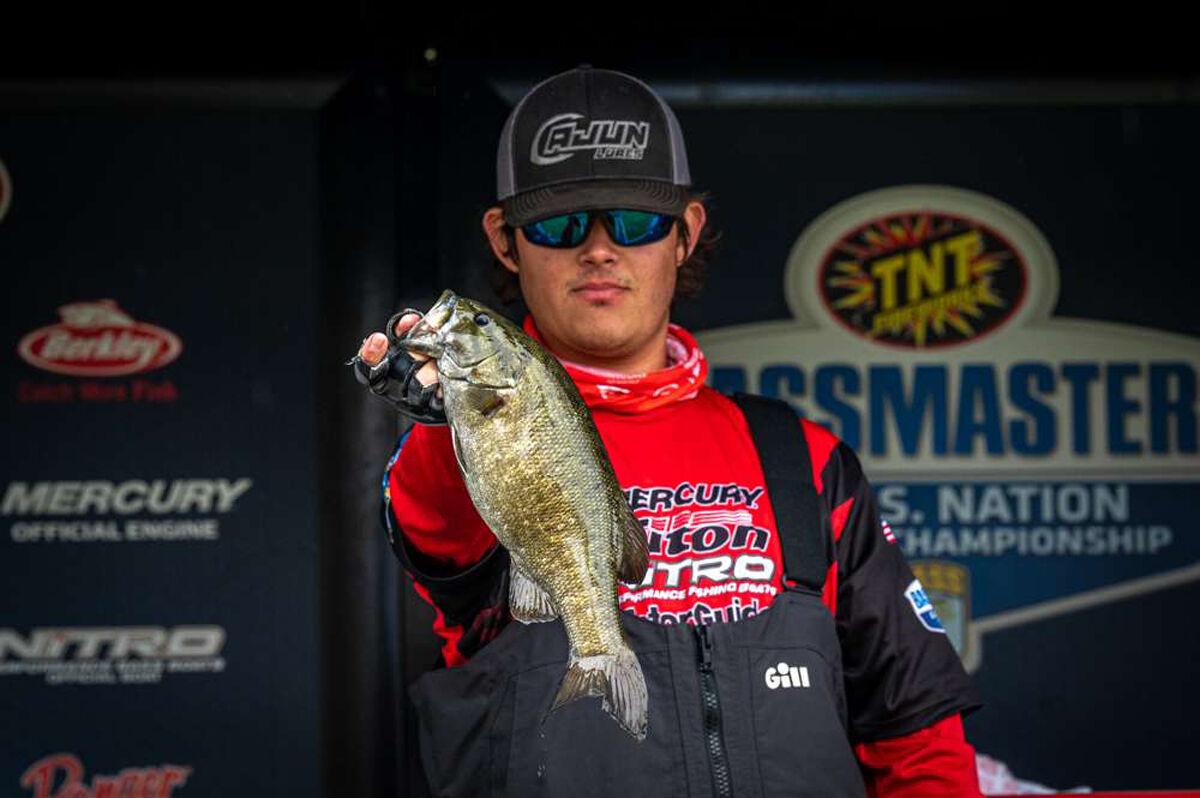 Loreauville’s Hunter Neuville, a senior at Highland Baptist Christian School, holds the 2-pound, 5-ounce, smallmouth bass that propelled him to a first-place finish Friday on the third and final day of the B.A.S.S. Nation Central Regional tournament at Milford Lake. 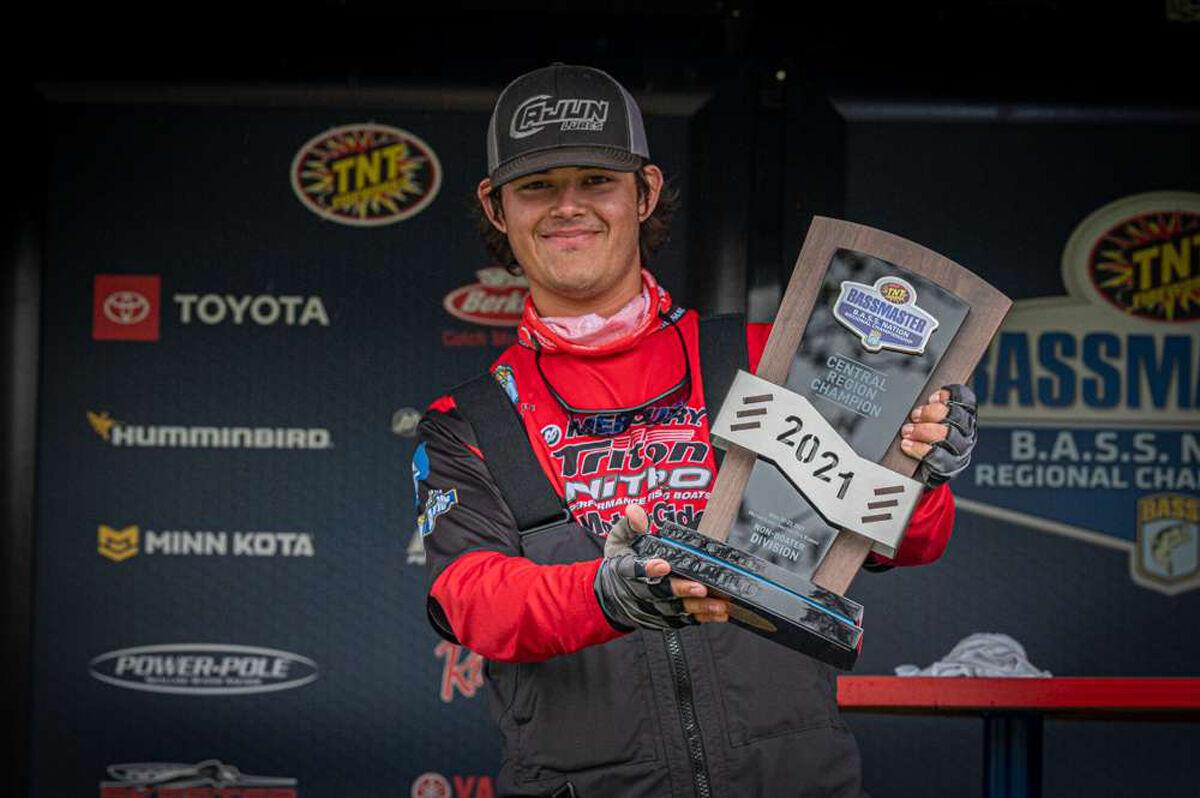 Loreauville’s Hunter Neuville, a senior at Highland Baptist Christian School, holds the 2-pound, 5-ounce, smallmouth bass that propelled him to a first-place finish Friday on the third and final day of the B.A.S.S. Nation Central Regional tournament at Milford Lake.

JUNCTION CITY, Kansas — A high school senior from Loreauville was driving back to Louisiana soon after sunset Friday across the middle of Kansas but he might as well have been driving across Cloud Nine.

Hunter Neuville sewed up the Co-Angler (Non-Boater) Division title about four hours earlier at the TNT Fireworks B.A.S.S. Nation Central Regional tournament at nearby Milford Lake. The 18-year-old Highland Baptist Christian School student weighed one hard-earned, keeper-sized bass the third day of the tournament to punch a ticket to the B.A.S.S. Nation Championship. The first-place finish was worth $2,500.

That 2-pound, 5-ounce smallmouth bass, the fourth of four smallies he weighed in three days, gave him a total of 9 pounds, 10 ounces. It was enough to notch a 2-ounce margin of victory over co-angler Ray Cates of Team Missouri, who lives in Overland Park, Kansas.

“I didn’t think I was going to win it with just one fish today. I knew with one fish it was possible but I didn’t think it was likely,” Neuville said after fishing the final day with Christian Gladfelter, a boater on Team New Mexico who finished second in the Angler Division with 22 pounds, 12 ounces, after weighing three bass at 6 pounds, 2 ounces.

Neuville and others from eight states started fishing the 20,000-acre lake a few days after a late April snowstorm dumped 4-5 inches of the white stuff and dropped temperatures into the lower 30s.

He drew Boater Nathan Pratt of Missouri on Wednesday and came back with two smallies weighing 4 pounds, 11 ounces. He made the cut with one smallmouth weighing 2 pounds, 10 ounces, Thursday while fishing with Oklahoma’s Brock Enmeier.

He didn’t have a keeper bass until the waning minutes of the tournament Friday.

“I caught one short fish today and I missed one good one. I was fishing with Gadfelter and he said, ‘Last cast,’ and that’s when I caught my keeper. It was only 2-5. But this is one of the toughest tournaments I’ve ever fished,” he said.

Sixteen anglers (the top boater and co-angler from each of the eight teams in the regional) qualified for the national championship scheduled early last week to be held November at Ouachita River in Louisiana. Host Kansas was joined by Louisiana, Missouri, New Mexico, Colorado, Oklahoma, Arkansas and Texas.

Friday was the end of a whirlwind, pressure-packed, freezing week for Neuville, who left the Teche Area on April 17 to meet Team Louisiana’s Travis Kelehan, formerly of Broussard, at his residence at Toledo Bend to ride together Sunday to Junction City. They scouted together Monday and Tuesday.

Before leaving, Neuville told a local outdoors writer he hoped to figure out how to get his hands on that lake’s smallmouth bass population. Milford Lake is best known for its smallies, a species he never had seen in person, much less caught.

He caught at least one good smallmouth in practice in a winter wonderland on Tuesday. Neuville prevailed despite losing one of his key artificial lures, a crawfish-colored Spro RkCrawler crank bait. He caught one of his two bass on it opening day and his only bass on it before it snagged up Thursday.

“That was the only one I had and I broke it off,” he said.

Friday’s game-winner bit a wacky-rigged Senko. So did the nonkeeper and the 2 ½-pound class smallie that came unbuttoned.