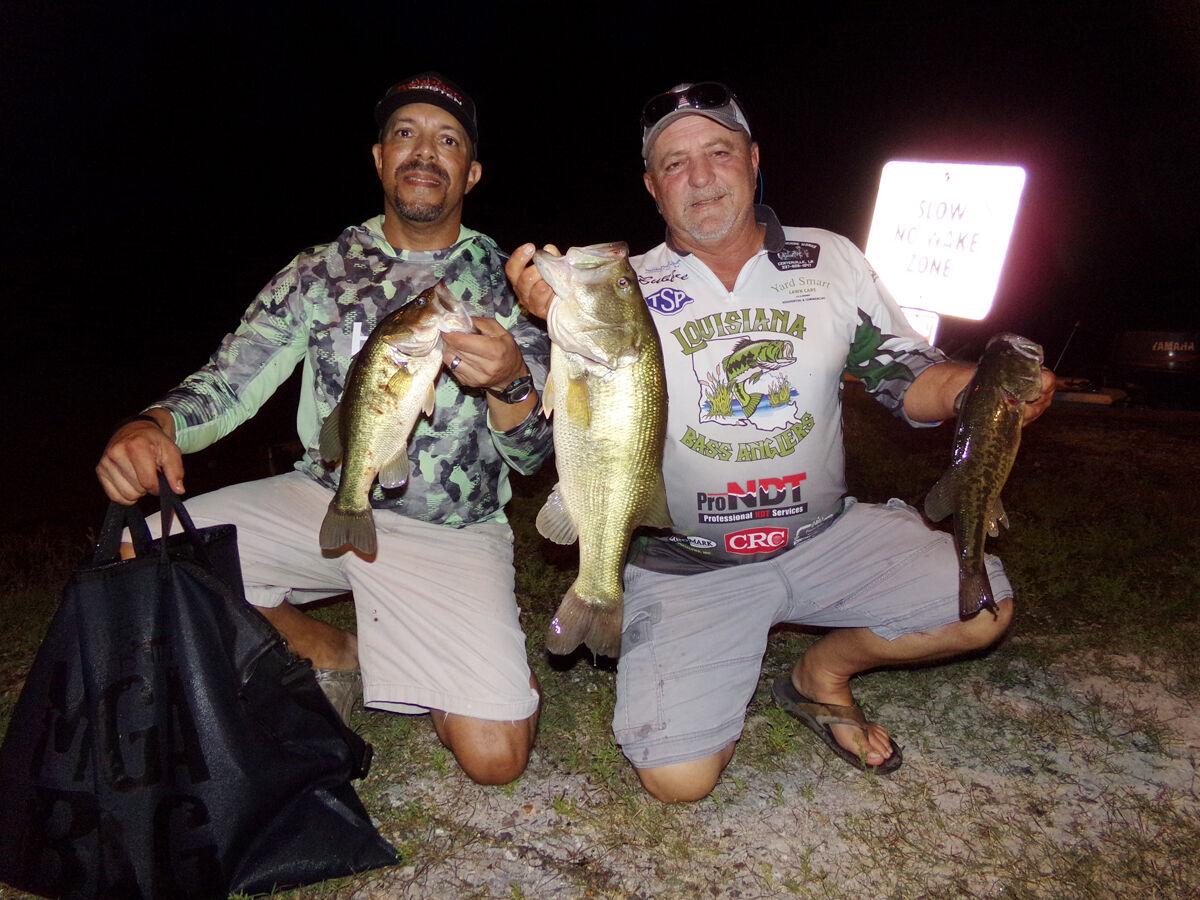 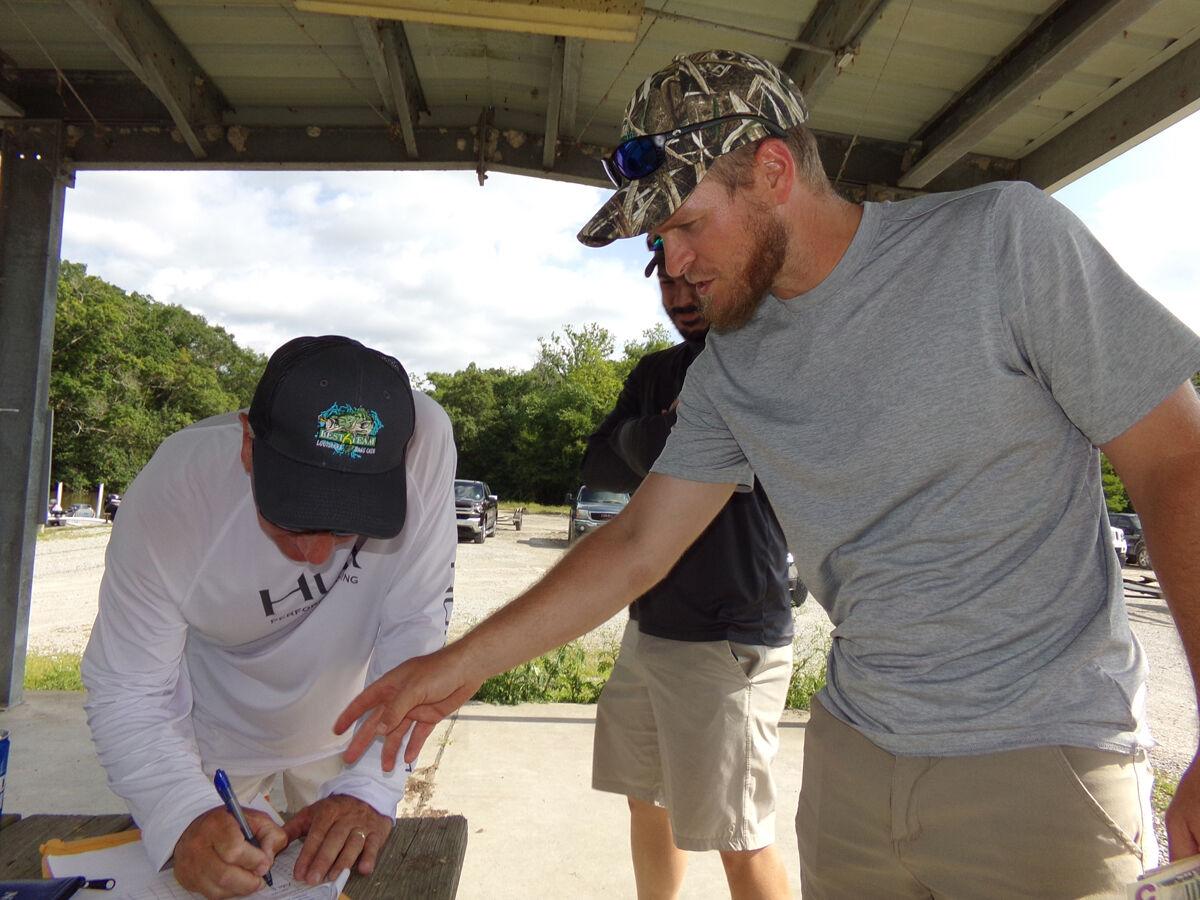 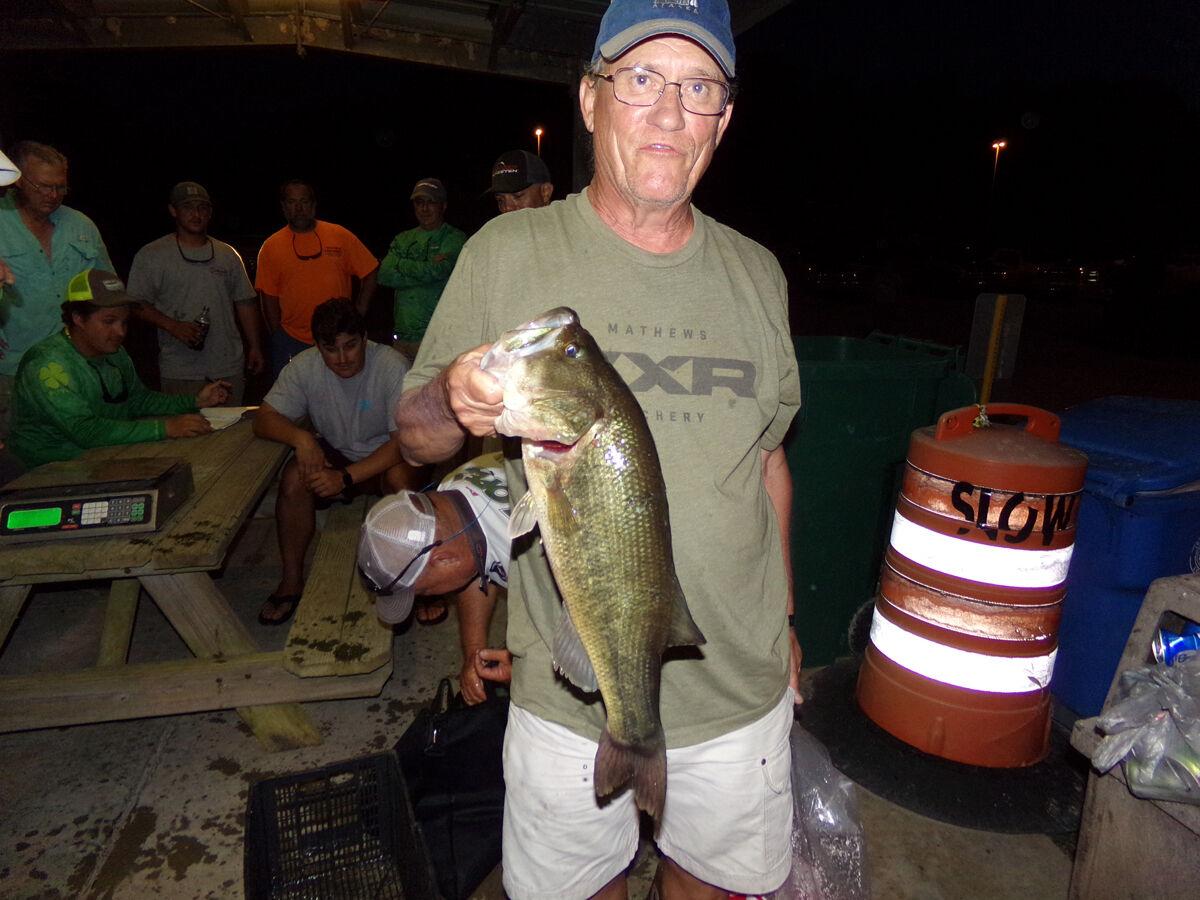 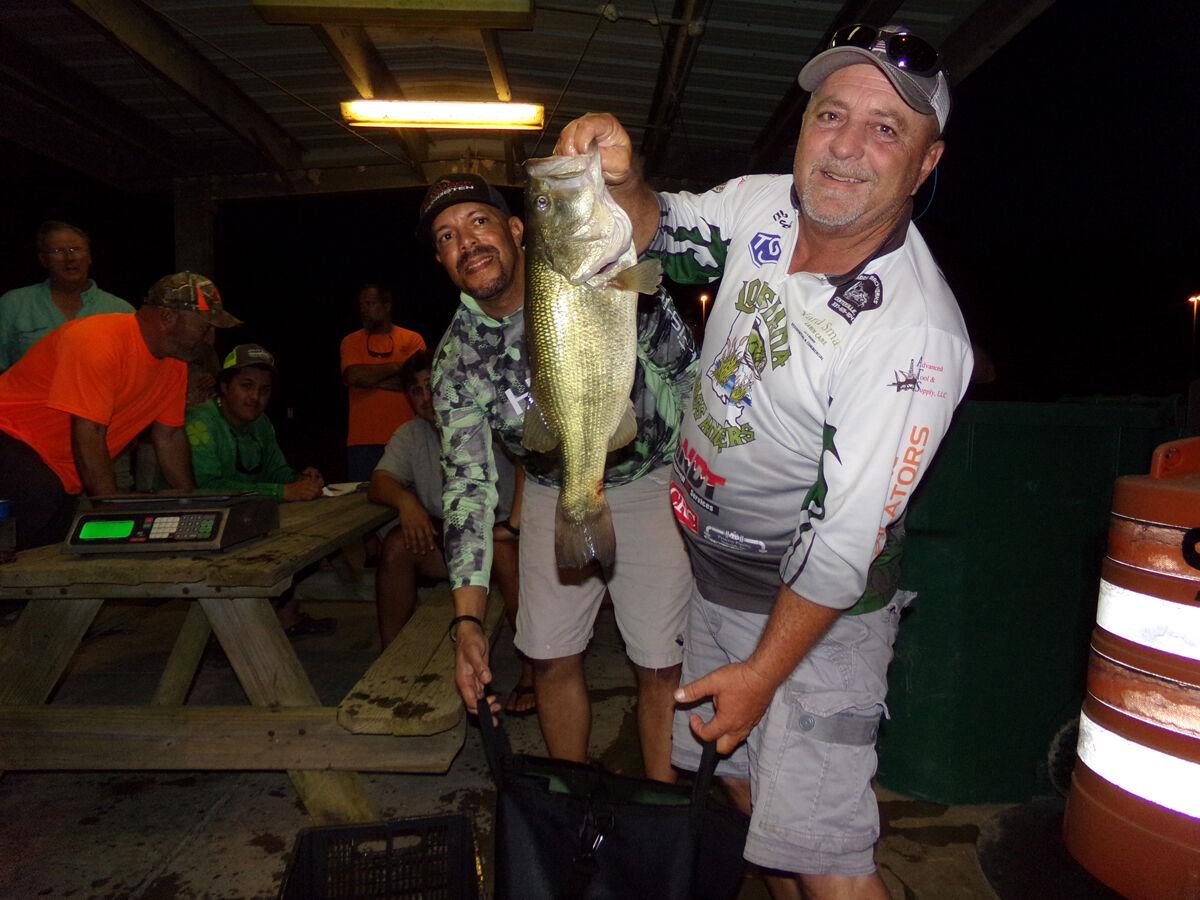 LOREAUVILLE — When the bass fishing gets tough, the tough get going and pay the fish to bite.

After going 1 ½ hours of the fifth Wednesday Night Hawg Fights Bass Tournament Series without a bite on Wednesday, Bubbie Lopez of Centerville remembered he had forgotten a tradition started years ago at Toledo Bend. John Gordon of New Iberia watched as Lopez reached for a handful of change and threw it into the water at Sandy Cove.

“It started out slow. I told John, ‘You’ve got to pay the fish, man!’ He threw some in the water, too,” Lopez said.

“It’s a tradition. Marcus Curry and Levi Louviere started that in Toledo Bend. I always carry change by my trolling motor pedal.”

The tradition worked right away, sort of. Lopez got bit by a 2-pound class bass but missed it.

However, a few minutes later he hooked and boated a 5.64-pound bass, then Gordon caught a keeper and Lopez caught another one to fill out their three-bass limit that weighed 9.08 pounds to replace those coins they threw in the water to the tune of $585. Lopez’ 5-plus pound “hawg” was worth $130.

About 1 ½ pounds behind the winning team were Wilfred Gary and Corey Romero, whose limit weighed 6.73 pounds worth $351.

Keith Price and Buddy Fleming finished third with three bass weighing 6.45 pounds for $231. Their limit was anchored by a 4.55-pounder.

Lopez said he caught the biggest bass on a 3/8-ounce chartreuse/white Kajun Boss spinnerbait much like the one he used May 14 to catch his PB for the Teche Area, an 8.04-pounder in Sandy Cove. Lopez nailed his other keeper on a Zoom Super Hawg and Lopez caught his on a Zoom Speed Craw.

With the majority of the 26-boat field in Sandy Cove, Lopez had some doubt on a) winning and b) coming in with the biggest bass.

“There ain’t no telling on that place and all the big fish everybody’s been catching. I told John, ‘We might be in the money, for sure.’ Anybody can catch a big fish in there,” he said.

The next WN Hawg Fights BTS tournament is Wednesday in the Atchafalaya Basin out of Bayou Benoit Boat Landing.