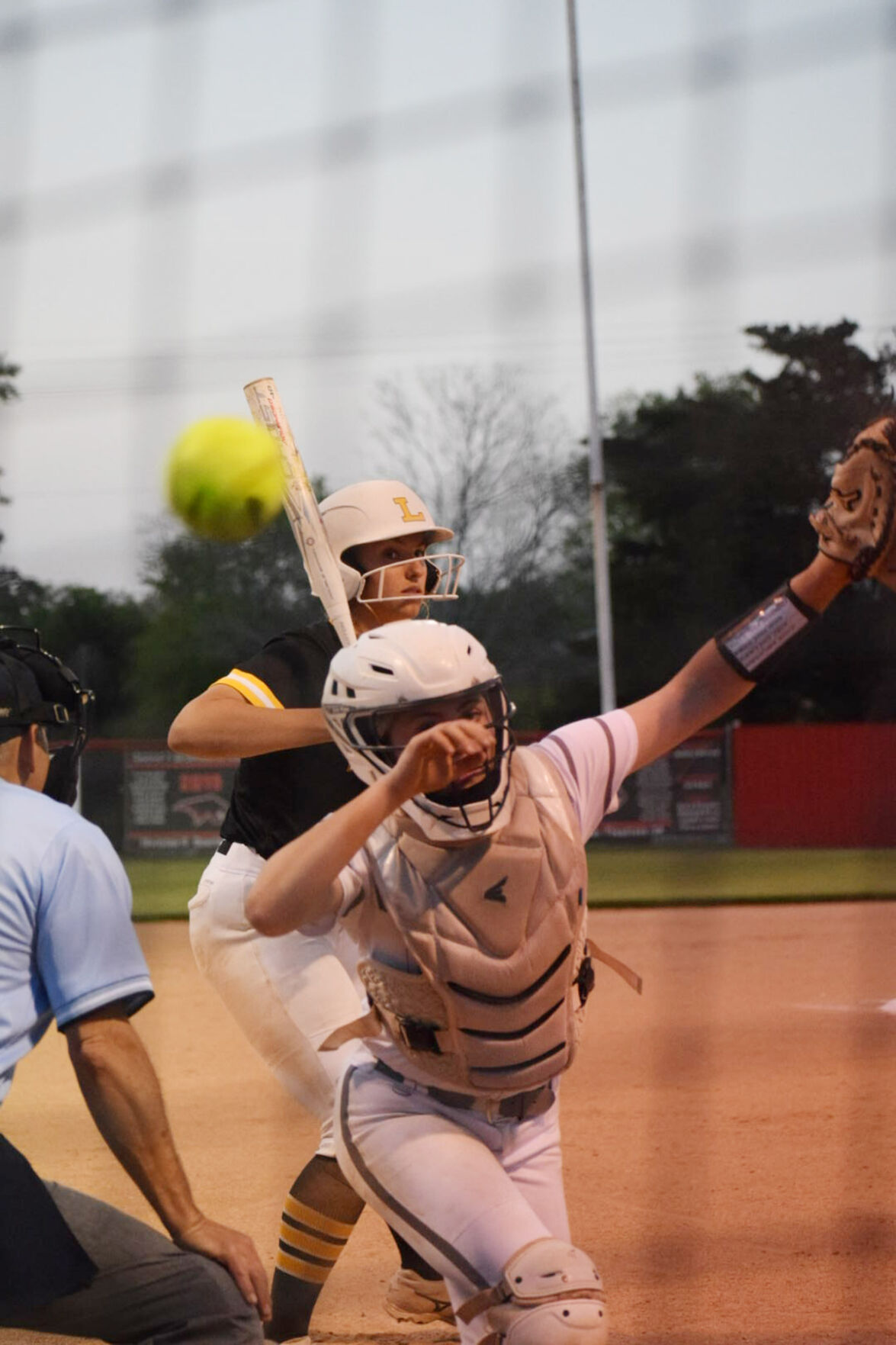 Catholic High catcher Riley White turns to chase down a wild pitch during a district softball game Tuesday against Loreauville. Loreauville bounced back from a Saturday loss to beat the Lady Panthers 13-4 on Monday. 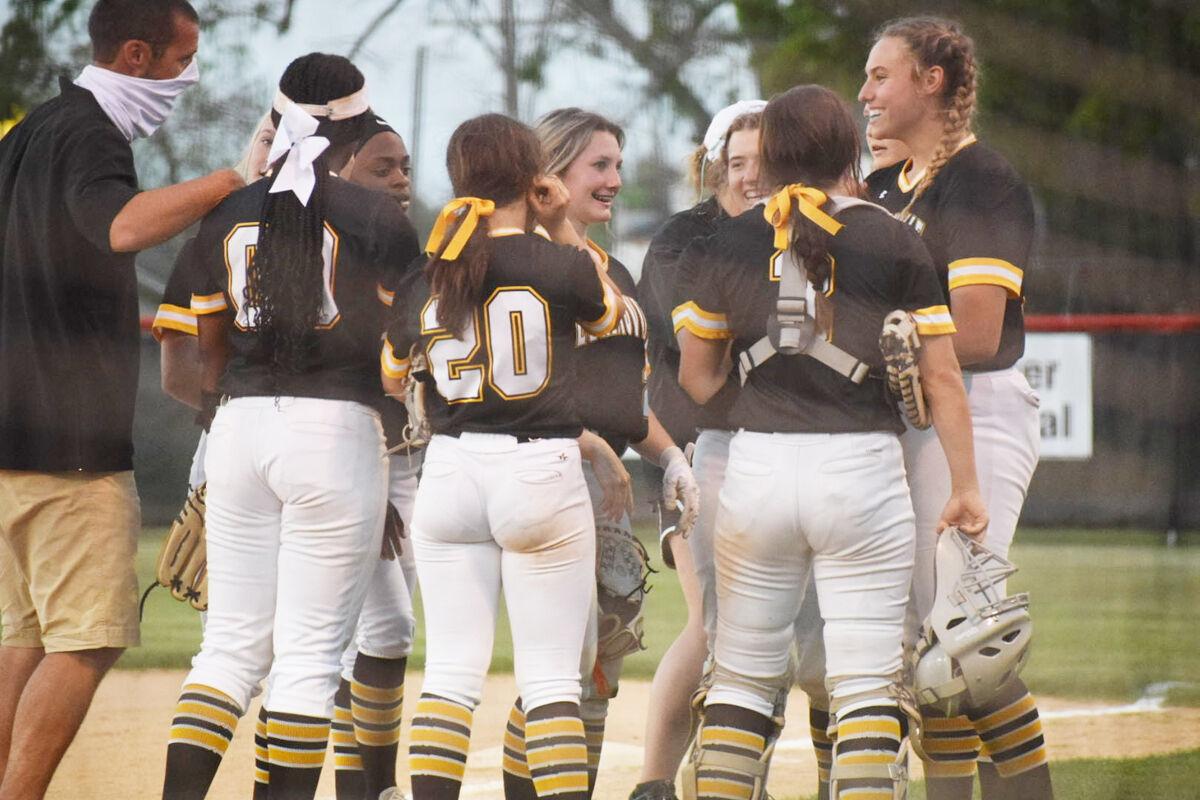 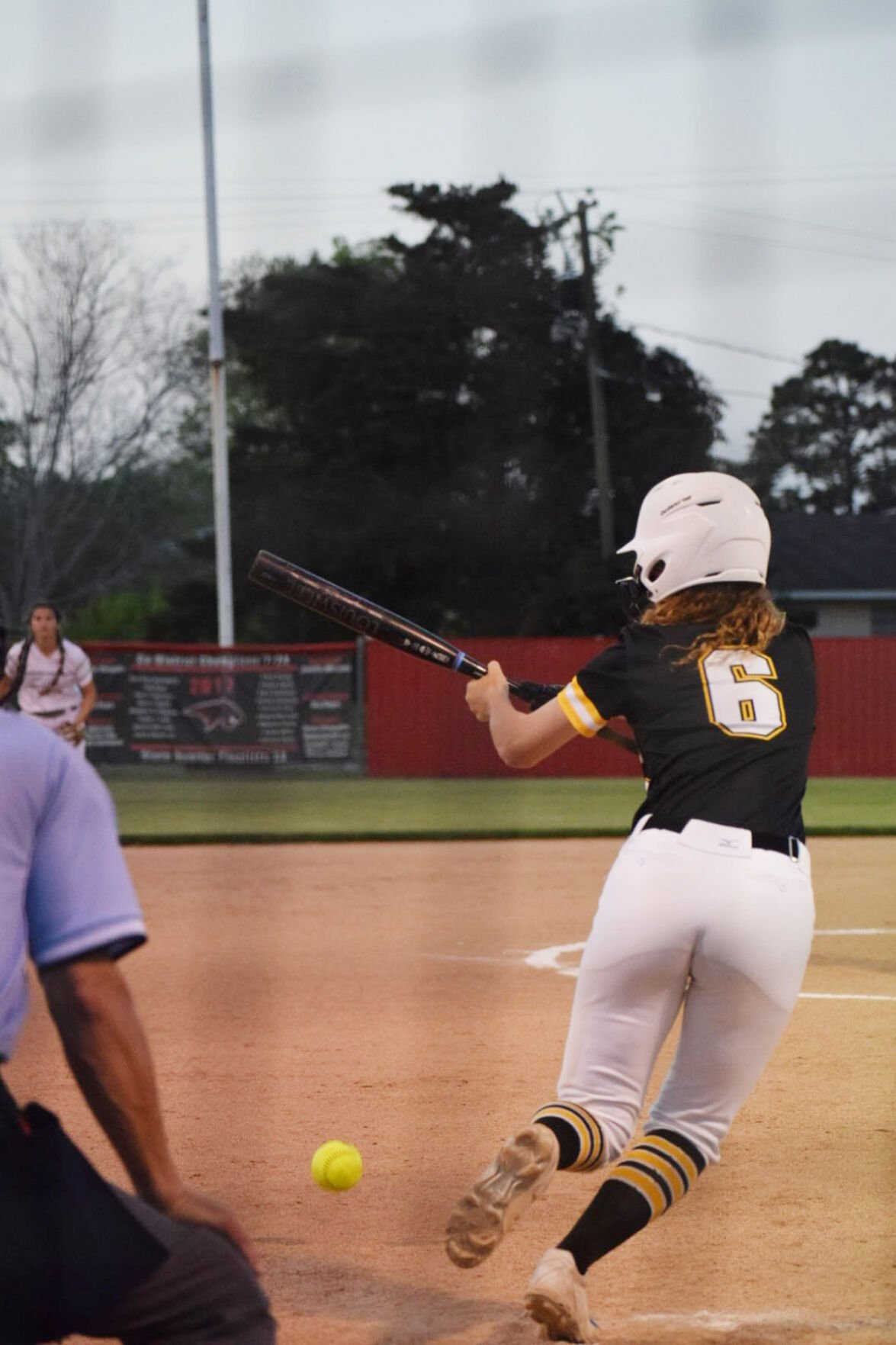 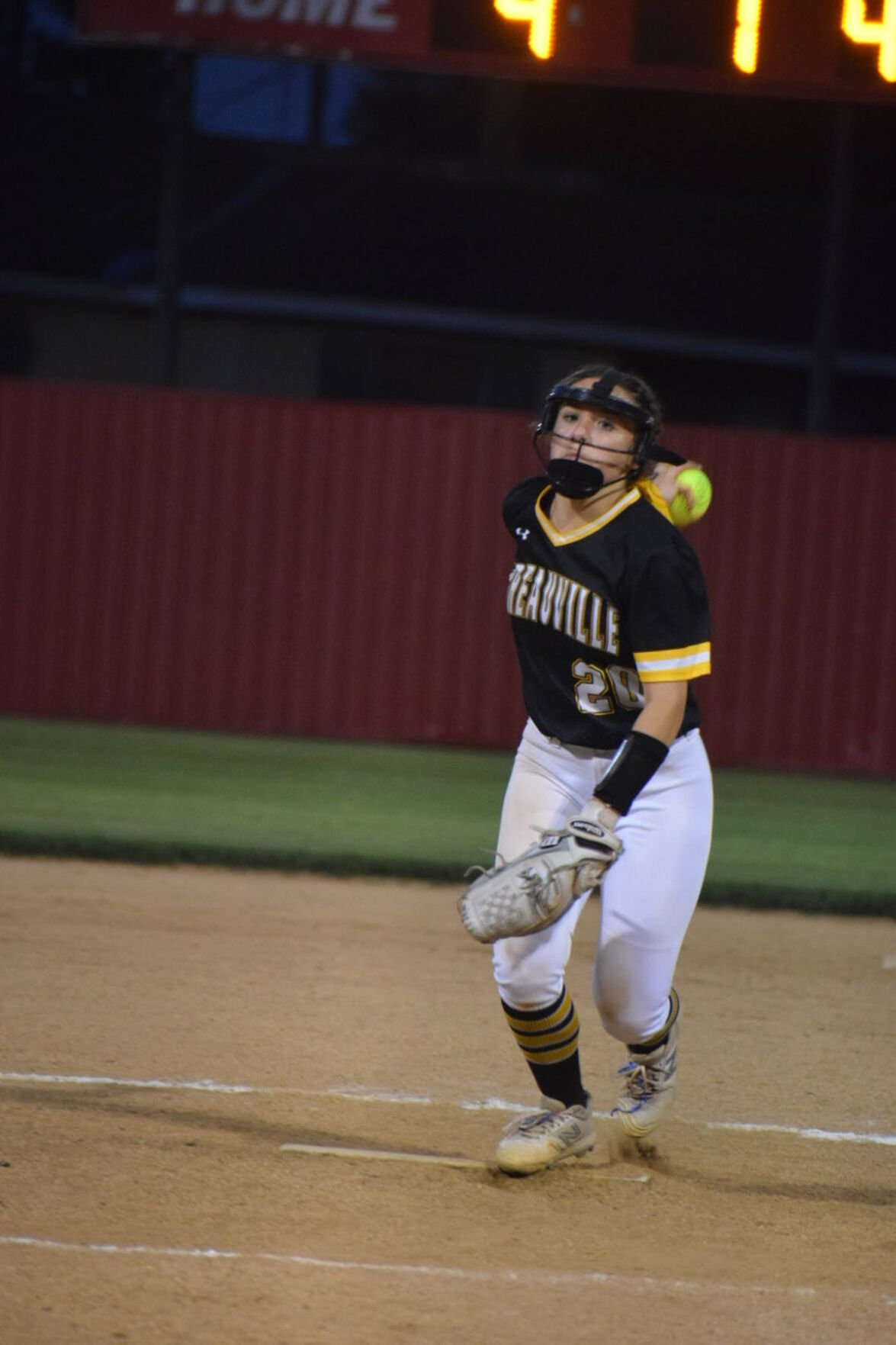 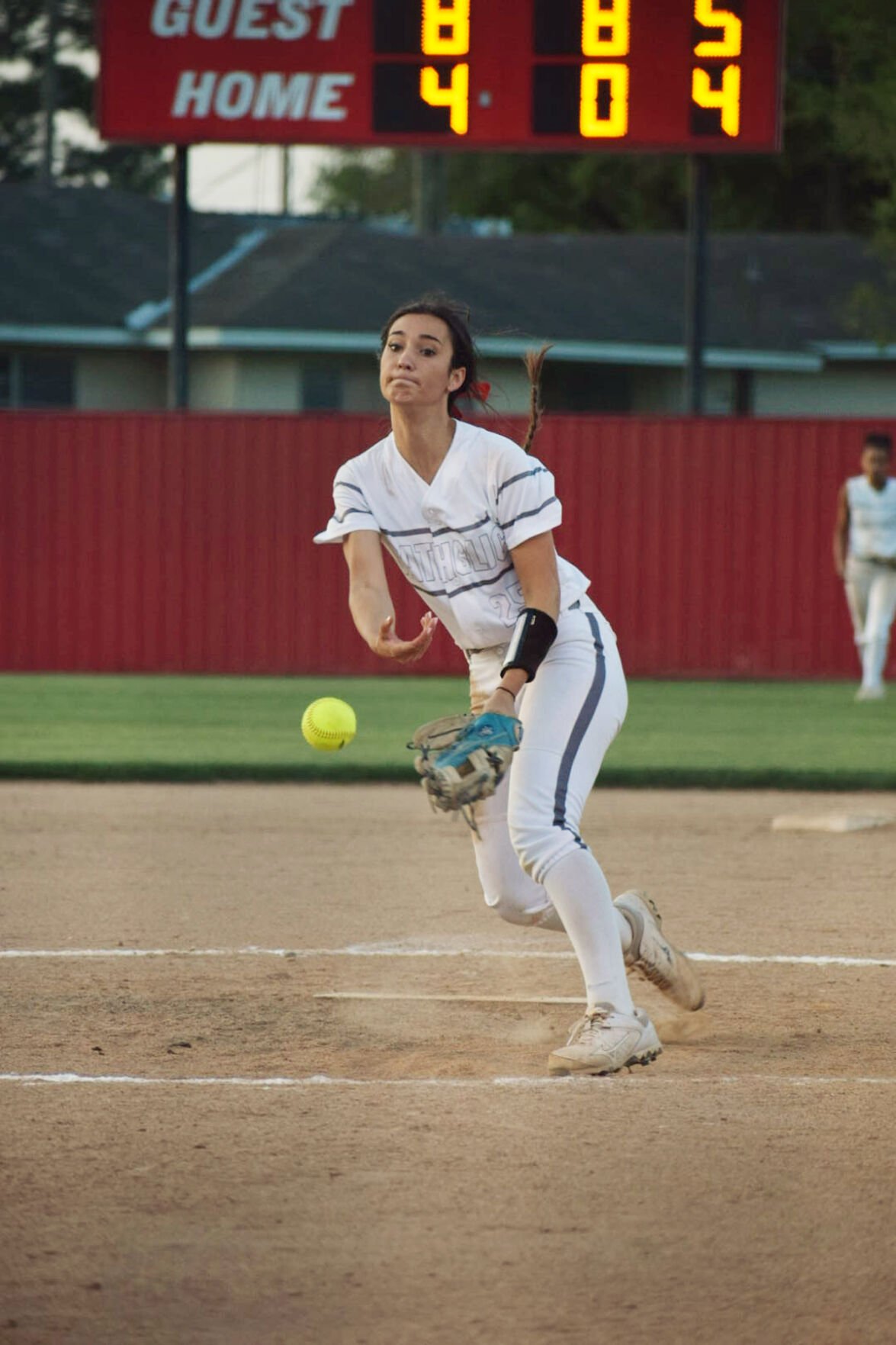 Catholic High catcher Riley White turns to chase down a wild pitch during a district softball game Tuesday against Loreauville. Loreauville bounced back from a Saturday loss to beat the Lady Panthers 13-4 on Monday.

Then LHS went out and laid an egg Saturday in a 9-3 loss to Houma Christian.

So it was important for Loreauville to have not only a good showing but a win against rival Catholic High Monday.

They did, on both counts.

Pounding out 15 hits and playing solid defense, Loreauville rolled past CHS 13-4 to improve to 2-1 in district and more importantly, stay in the top five in the latest, unofficial power rankings from the LHSAA, keeping its hopes of a top 4 seed alive when the Class 2A playoff brackets are released in two weeks.

“After Saturday, we needed that win,” LHS head coach Jude Dugas said. “Since we’ve been on this current run, we’ve never lost a playoff game at home and we need to make sure that we stay at home in the playoffs.

“We wanted this response tonight after a bit of a disappointing performance Saturday. We got the bats going early, scored some runs and put pressure on them with the short game. Pitching was great, defense got it done and it was a great team win.”

“We needed a performance like this for morale,” Dugas said. “Heading into the postseason, we don’t want to have too many performances like we did Saturday. This is the point of the season where you want to start playing your best ball.

“It was big to respond like we did, especially in a big district ball game.”

Loreauville improved to 16-5 overall and still has a chance to pull out another district title.

“It’s still nice to hand that banner and we have to wait to see how that work out,” Dugas said. “If it works out, great, if not, then we still show up for work tomorrow and we push for a top four seed.”

“We had four errors tonight but the main thing is that we didn’t hit the ball tonight,” CHS coach Angela Badeaux said. “Loreauville put the bat on the ball tonight and hit it in the gaps and we had seven hits. They had 15. You can’t win unless you hit the ball. That’s about all there is to say.”

Michelle Sapienza and Brae Bernard each had a hit and an RBI for CHS in the losing effort.