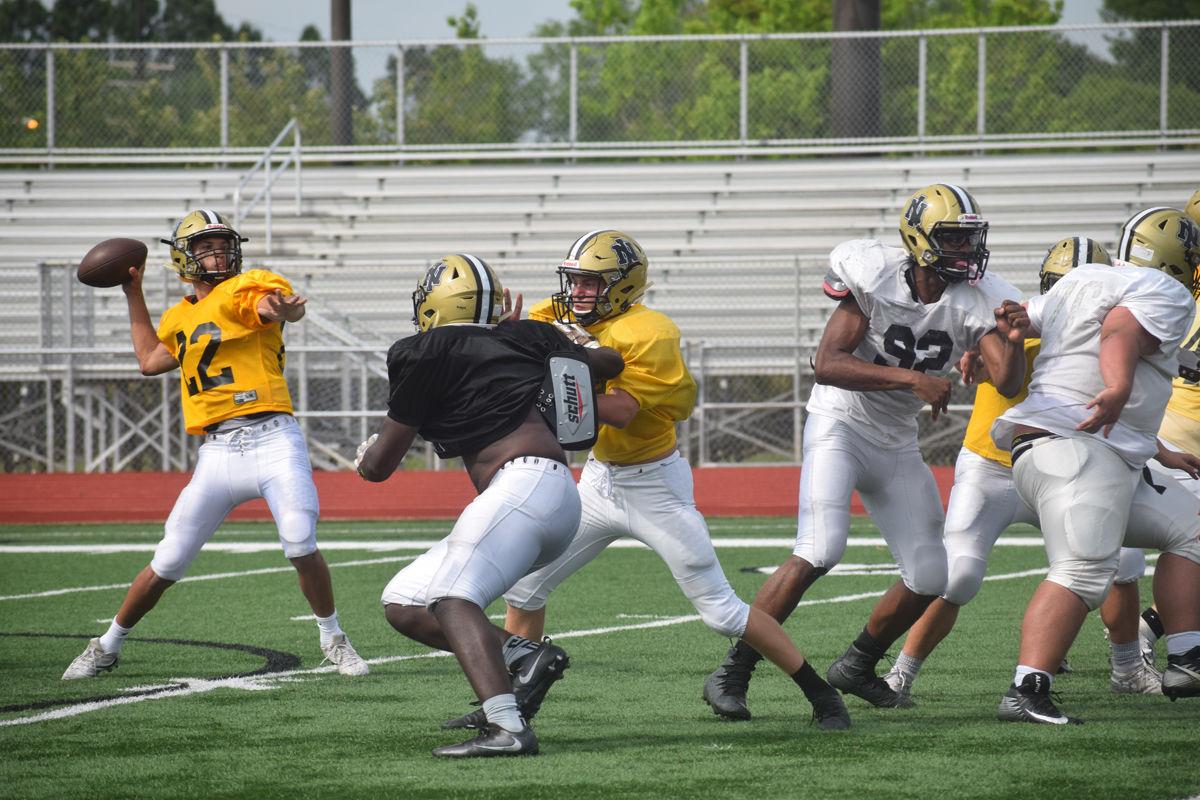 New Iberia Senior High quarterback Taegan Bourque (22) gets ready to throw a pass at the NISH Spring Game in May. The senior signal-calller has picked up the new Wing-T offense run by new coach Curt Ware. 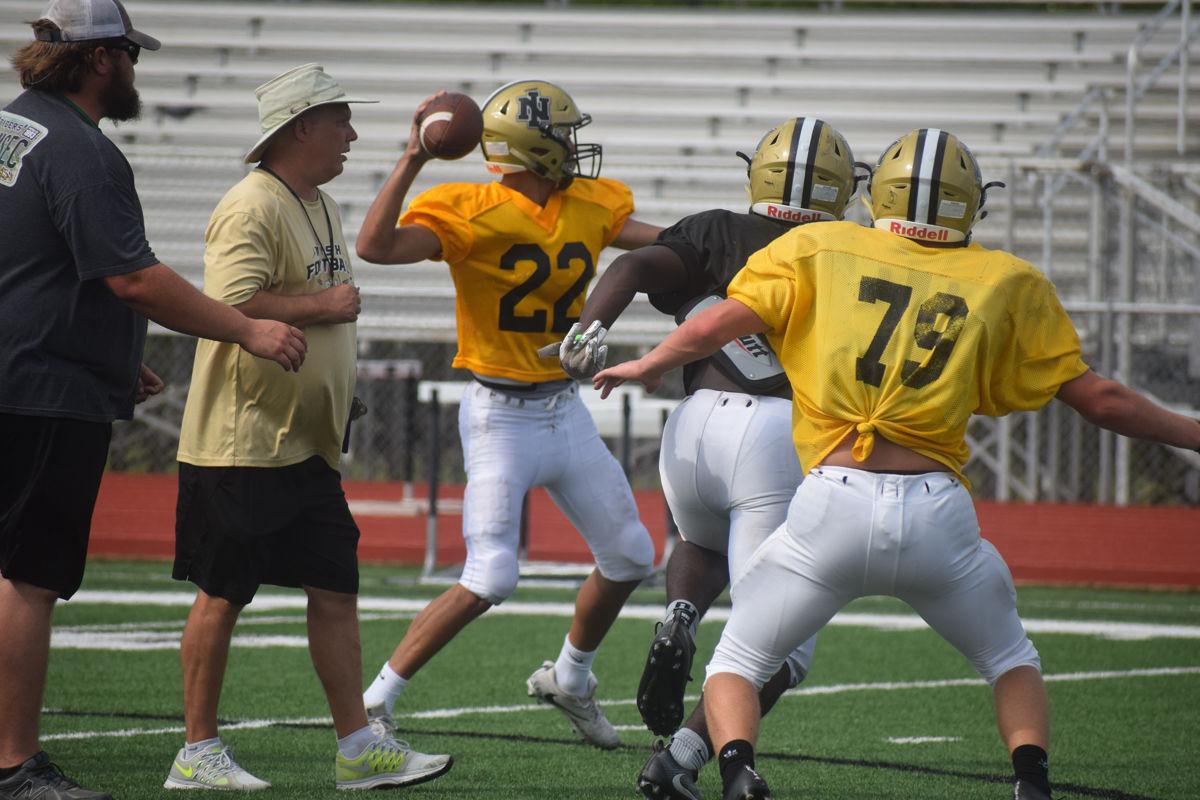 New Iberia Senior High quarterback Taegan Bourque (22) throws to a receiver during the NISH Spring Game in May.

New Iberia Senior High quarterback Taegan Bourque (22) gets ready to throw a pass at the NISH Spring Game in May. The senior signal-calller has picked up the new Wing-T offense run by new coach Curt Ware.

New Iberia Senior High quarterback Taegan Bourque (22) throws to a receiver during the NISH Spring Game in May.

New Iberia Senior High quarterback Taegan Bourque hasn’t missed a beat with the Yellow Jackets switching from the spread offense to the Wing-T.

“Honestly, I like it,” Bourque said.  “Coming from the spread, there’s a lot of different changes and other things going on.

“But I feel that we have the right personnel for it, so we’re going to stick to it and see where it gets us this year.”

The senior signal-caller learned the nuances of the new offense at a rapid rate.

“I have a good grasp of the offense,” he said.  “I picked up a lot of it quickly in the first week.  Coach (Curt) Ware has told me there’s a lot more to learn, but I’ve picked everything up quickly to where the rest shouldn’t be difficult to learn.”

“With the Wing-T, the defense is going to have to always be ready and looking for the pass, because in a split-second I can drop back and throw a 40-yard pass,” he said.

“I can also use my feet to get the job done.  The Wing-T allows me to use both aspects:  run and pass.”

NISH doesn’t have a large offensive line but that shouldn’t prevent the Jackets from moving the football.

“The offensive line has been improving and getting better as the summer has gone by,” Bourque said.  “Our lack of size can be offset by the blocking scheme in the Wing-T.

“The linemen don’t have to think as much as they did in the spread.”

Ware has big expectations when it comes to his quarterback.

“I expect a lot from him,” Ware said.  “Obviously you want your quarterback to be a leader, and I think Taegan will do that.  It’s a big change going from the spread, where he was in the shotgun every down and was expected to do a lot of reading and checking down with audibles at the line of scrimmage.

“He’s a good athlete.  We’ll put some quarterback keeper plays in there, and we know he can make the throws because he’s been in an offense where they threw 25-30 times each game.”

During his first few months on the job, Ware has made reference to a talented crop of players that will be juniors this year.

“I feel like we have some young, core guys stepping up,” Bourque said.  “I know we’re the underdog every year coming in because we haven’t been to the playoffs in a little while, but with the right personnel combined with our coaching staff, I feel like we have the talent to be a very good football team.”