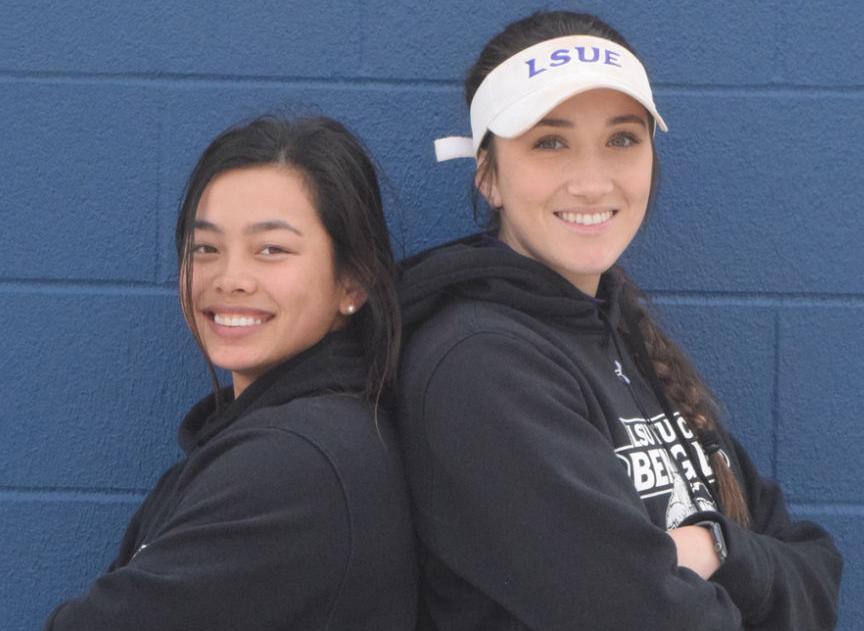 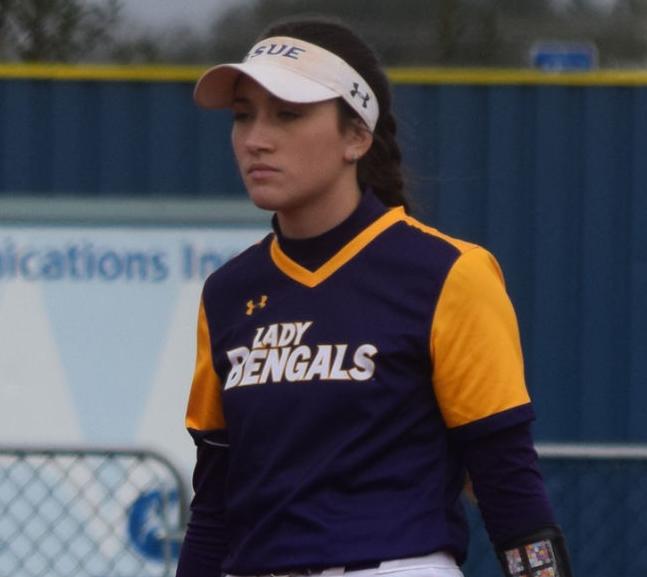 Rylie Candella watches the action at shortstop for LSUE.

Rylie Candella watches the action at shortstop for LSUE.

A pair of former Teche Area softball standouts should play key roles for the LSU Eunice softball team this season.

Candella got her season off to a solid start last week as she had three home runs, including two in one game, as LSUE won three games and lost one in the Chipola Invitational which was played at Youngsville Sports Complex and started and scored a run in the double-header against Angelina College Wednesday. She’s currently batting .278 with five hits, six runs scored and five RBIs through the first six games of the season.

Romero has yet to get into a game for the Lady Bengals, but should see playing time as the season progresses.

“It feels really good to be coming back for my sophomore year and I’m really excited about our team this year,” Candella said. “We’re a young team but we have a lot of power and I think it will be good for us this year.”

The former Centerville standout finally won a championship last season as part of the Lady Bengals march to the JUCO Division II championship.

“It was the greatest feeling in any players life,” she said. “It’s real exciting to go to the gala and get your ring. It really pumps you up for the year ahead.”

Even though she was a part-time player, she still felt that she contributed to the Lady Bengals sixth national championship

“I think that every player that’s on the team, whether on the mound, in the field, in the dugout, has a job to do to help the team win and I was as much a part of it as Jensen (Howell) and Heather (Zumo) who led us there.”

Now the sophomore will be a bigger part of the team as she is expected to play both shortstop and second base for the Lady Bengals.

“It feels great,” Candella said. “I am one of the leaders on the team and I hope some of the other girls look up to me and can come talk to me with anything that’s going on.

“As a middle infielder, it’s important to do your job and show everyone how it’s supposed to be done.”

Candella is looking forward to starting and to see what more that she can do for her team this year as opposed to last year.

She also is getting used to a new coach as former coach Andy Lee moved on in the offseason and new coach Meghan Collins comes in.

“It’s a little different, but a better different,” Candella said. “She pushed us hard, works us hard but that’s what we need to succeed.”

With one year left in her eligibility at LSUE, Candella is not sure what her future holds.

“I’m undecided right now,” she said. “I’m looking a couple of teams and emailing coach and hopefully I can get to a four year college somewhere.”

Last year at time time, Romero was getting ready to lead the Loreauville Lady Tigers in a bid to make the playoffs and a spot in the LHSAA State Softball Tournament.

“Very different than Loreauville,” Romero said. “It’s been tough. The fall was super hard and intense.

“It was a way to weed the people out that we really didn’t need but now we have 16 people that we can trust and we know will show up on time and do good for us.”

The hardest part of college for the Loreauville grad has been time management of being a student-athlete at the next level.

“We work out at 5:45 in the morning and Tuesday and Thursday’s are my longest classes and I’m trying not to fall asleep in those classes.”

So far this season Romero started at second base and then moved to the outfield in the fall.

“I probably be playing in the outfield and doing a little bit of baserunning ,” Romero said. “I’m going to work and do my best to get into the starting lineup and doing well here.”

And she wants a ring for herself after seeing last year’s team get their rings.

“That would be nice,” Romero said.