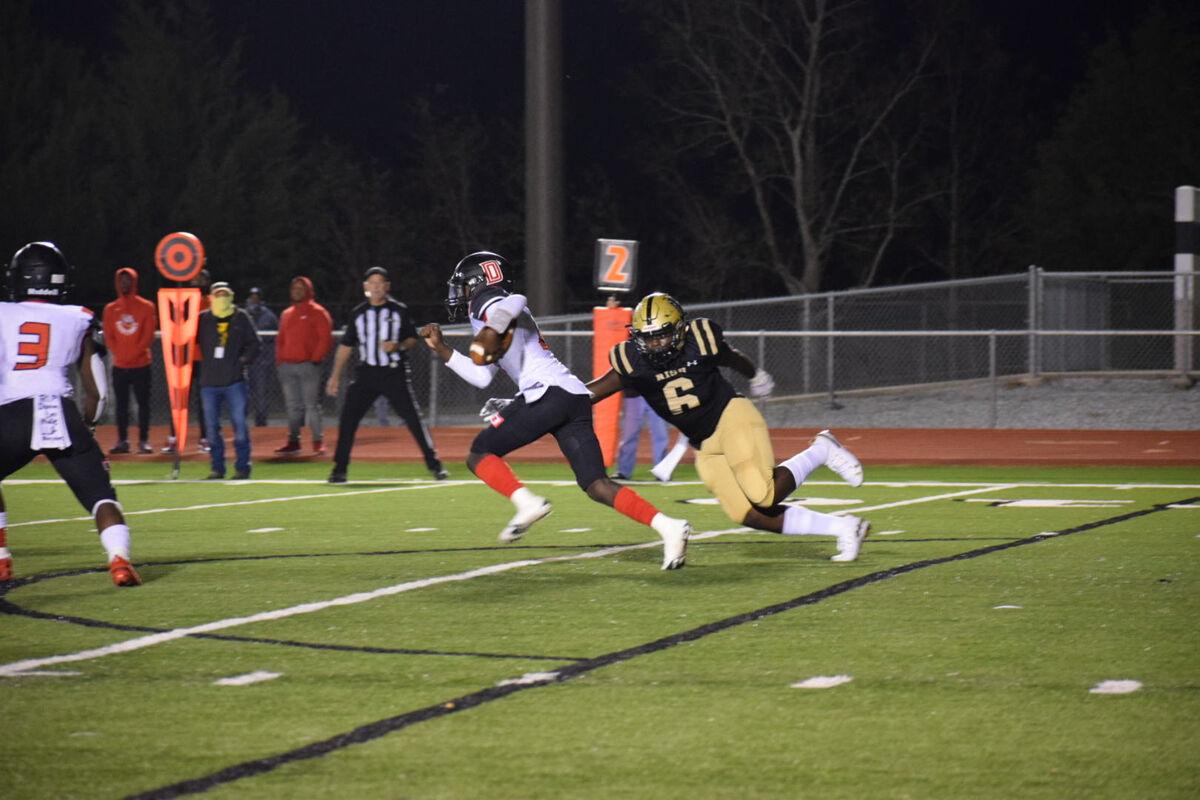 Michael Akins (6) of New Iberia tackles a Donaldsonville ballcarrier during the Yellow Jackets’ 27-18 non-district win Friday. NISH trailed 18-13 at halftime but shut out the Tigers in the second half to remain unbeaten at 3-0. 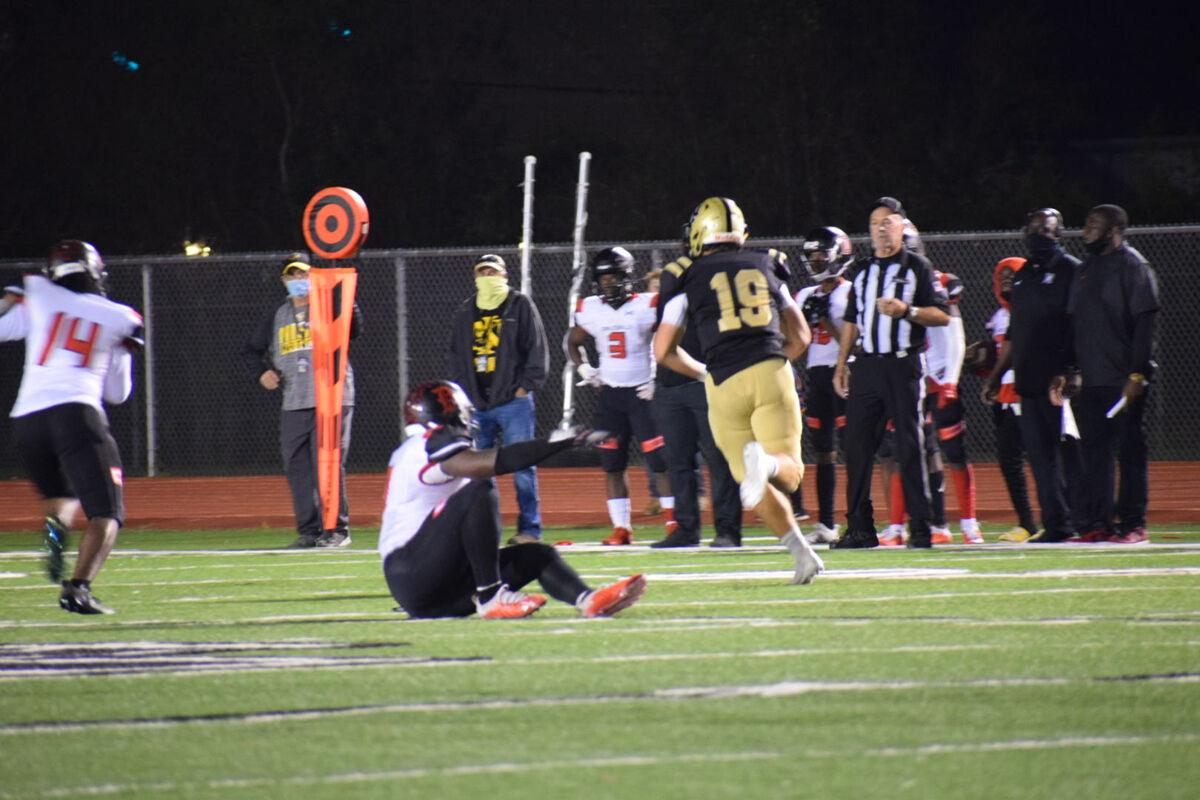 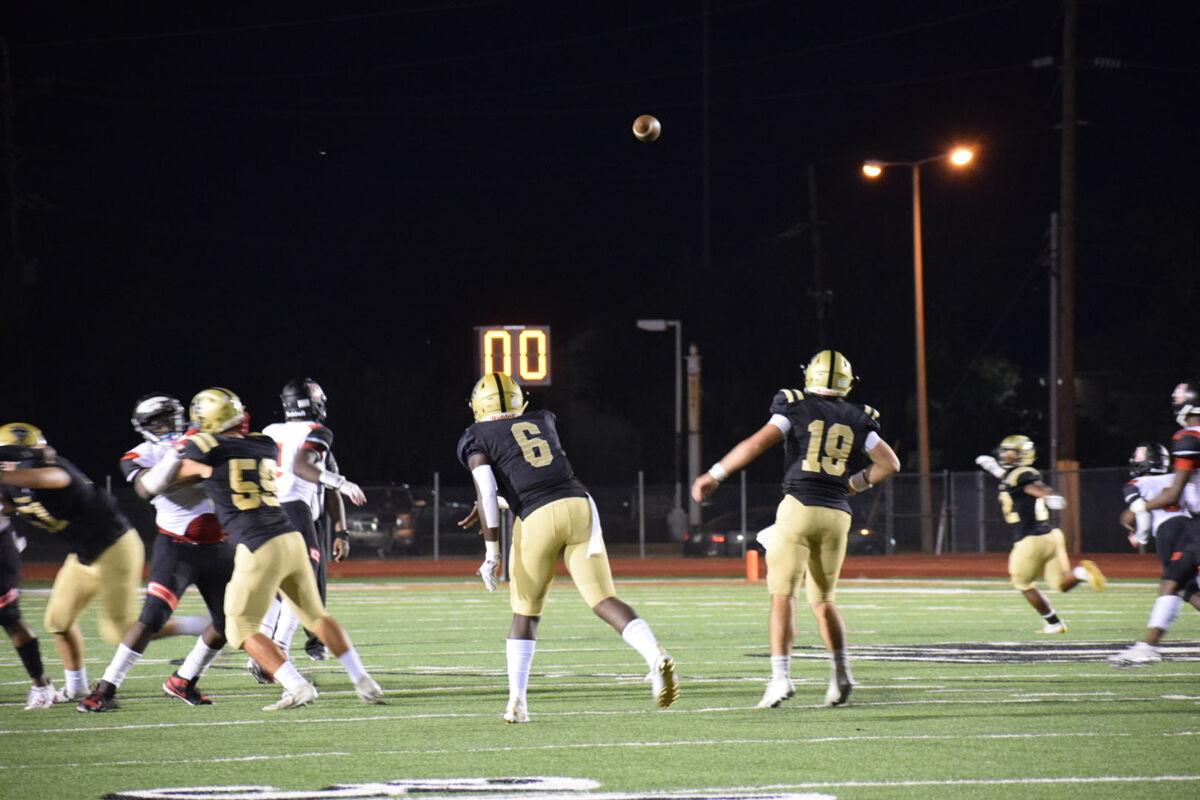 Michael Akins (6) of New Iberia tackles a Donaldsonville ballcarrier during the Yellow Jackets’ 27-18 non-district win Friday. NISH trailed 18-13 at halftime but shut out the Tigers in the second half to remain unbeaten at 3-0.

Yes, the visiting Tigers were a Class 3A school but they had a lot of athletes and were talented enough to give the Jackets trouble if they didn’t take the game seriously.

So NISH took Donaldsonville seriously and blew the Tigers out in a rout, Right?

“We didn’t really take them seriously,” NISH running back Alvin George said. We thought we were going to be at them because we were a bigger school.”

“Coach really got after us at halftime after the first half,” George said. “We got serious in the second half.”

The Jackets got two second half scores on offense and the defense held Donaldsonville scoreless in the second half, helping NISH rally for a 27-18 non-district win to improve to 3-0 on the season,

It’s the first time since 2010 that New Iberia has started the season with three straight wins.

“It happens sometimes,” Ware said. “You play down in class and it’s a team you really don’t know anything about. But they are athletic and fast and we gave up some big plays in the first half which had they in the game.

“The secind half we payed a lot better.”

“He was not happy with how we played in the first half,” George said about Ware’s halftime speech.

And the NISH coach shouldn’t have been happy with the first half performance.

Donaldsonville scored on two long pass plays (72 and 45 yards) and a 94-yard kickoff return while NISH’s offense sputtered a couple of times and failed to score while inside the DHS 20 yard line.

The result was that the Jackets trailed by 5 at the break.

But after that, it was all NISH.

NISH’s defense, after giving up the big plays in the first half, held the Tigers (2-1) to seven first downs and 170 total yards of offense.

“We came out too cocky and gave up some big plays, which we have to fix. Then after coach got after us we took control in the second half,” George said.

George’s touchdown run in the third quarter gave NISH the lead for good and Linzer’s 53-yard scoring run in the fourth iced the game for the Jackets and kept the winning streak going.

“I thought before the year started we had the makings of a good team,” Ware said. “I know that we have a long way to go and a lot of good teams to play. But if we keep getting better, we have a chance at a real good season here.”

NISH travels to Lafayette Friday for its first District 3-5A contest of the season.