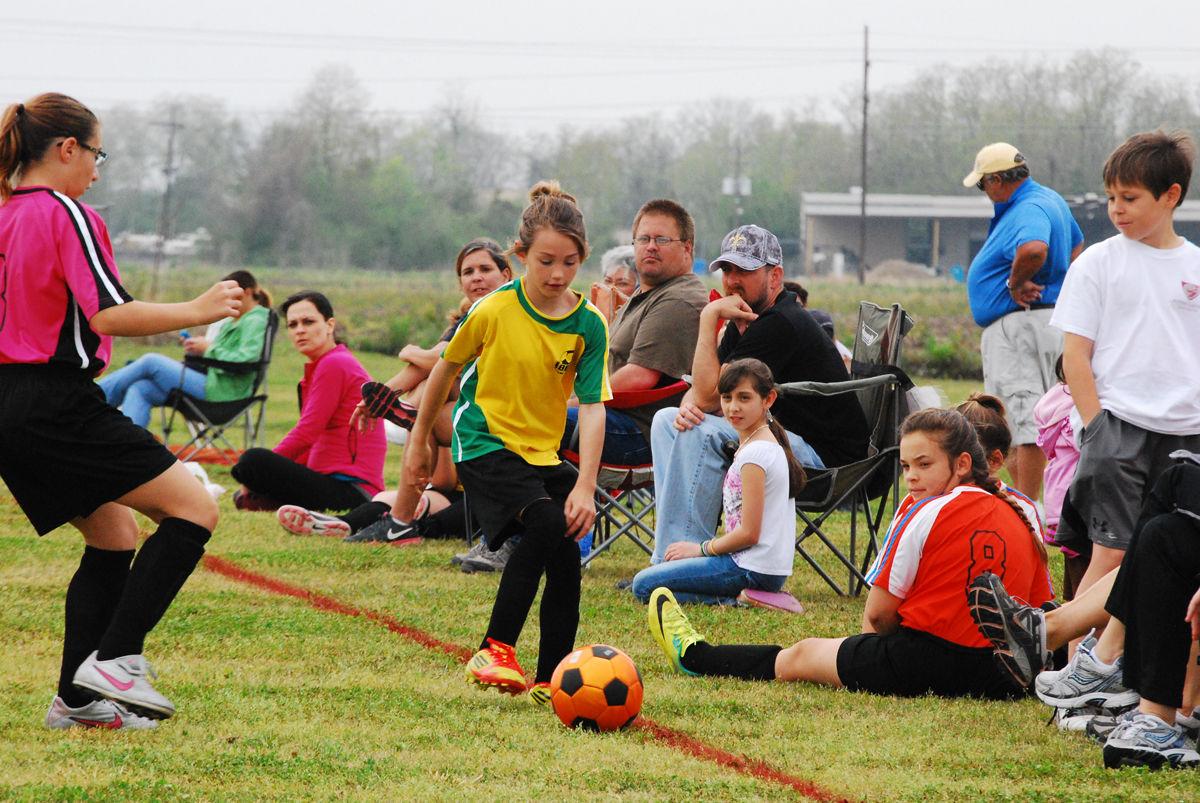 The Iberia Soccer Association plans to open registration for its fall season this month, though definite start dates for a season are still up in the air because of the ongoing COVID-19 pandemic that interrupted the spring season. 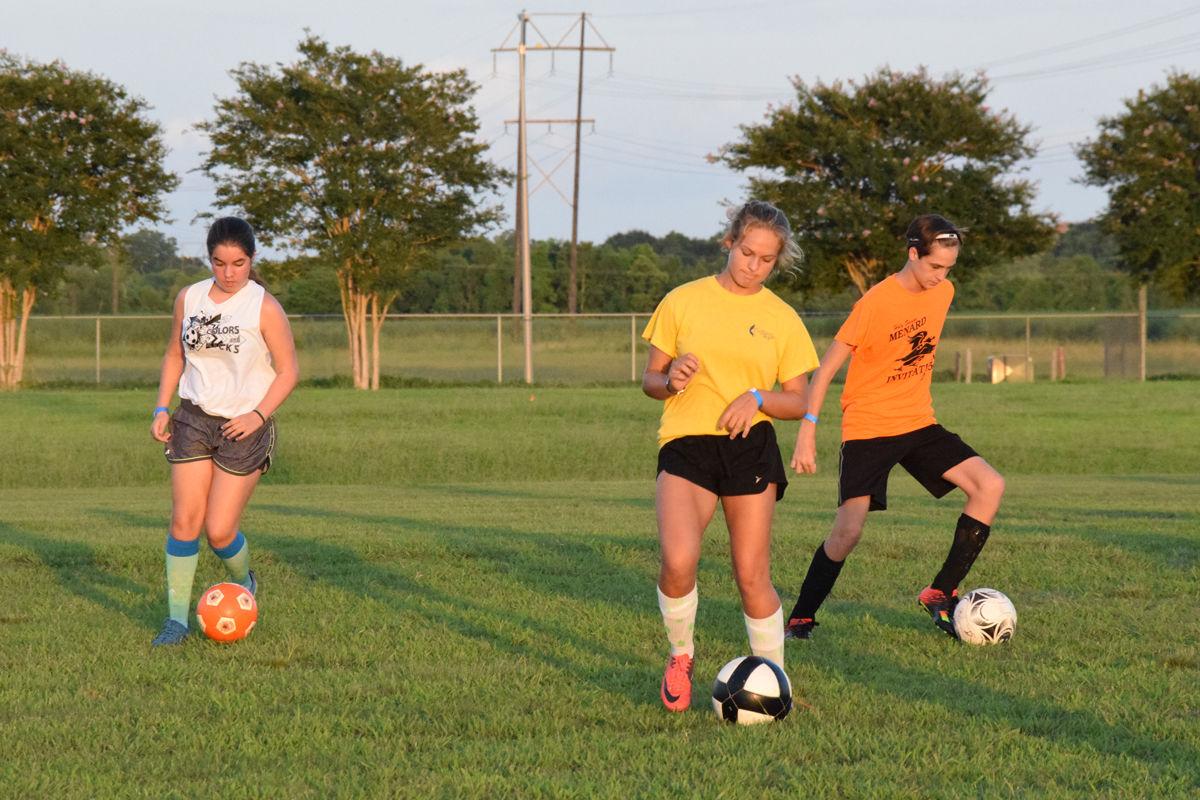 Because of Louisiana high school rules, the fall Iberia Soccer Association season for high-school aged players is especially uncertain. LHSAA rules prohibit players from playing club soccer during the high school season, meaning if the ISA fall season is pushed back to late October or November, those players would not be able to play in the ISA for the fall.

The Iberia Soccer Association plans to open registration for its fall season this month, though definite start dates for a season are still up in the air because of the ongoing COVID-19 pandemic that interrupted the spring season.

Because of Louisiana high school rules, the fall Iberia Soccer Association season for high-school aged players is especially uncertain. LHSAA rules prohibit players from playing club soccer during the high school season, meaning if the ISA fall season is pushed back to late October or November, those players would not be able to play in the ISA for the fall.

Parents and players are eager to return to the soccer pitches at the Louisiana PepperPlex if the turnout for recent Iberia Soccer Association training sessions was any indication, and league officials are planning to open up registration for the fall this month.

But the league’s plans are still at the mercy of the COVID-19 pandemic that interrupted the spring season and the guidelines of both state and national youth soccer associations and state and federal governement, ISA President Jonathan Norris said Tuesday.

“Our first week typically is the first Saturday in September, the weekend after Labor Day, and we are kind of in limbo if we are going to be able to play or not,” he said. “You know as well as I do that the rest of 2020 is kind of up in the air and we don’t know what to expect or what we will be allowed to do and when.”

Norris said only three of the scheduled six spring playing dates were completed before the pandemic disrupted everyone’s lives.

“When we originally suspended everything, obviously everybody was wondering what to expect with this virus, so everybody was kind of worried about everyone’s health and well-being,” Norris said. “There was obviously a lot of disappointment when things were suspended, but whenever we offered the training sessions there was a pretty positive outlook from the players and the parents that attended.”

There’s a split in the feeling of many of the families whose kids are involved in ISA soccer, he said. Some are just ready for the kids to be able to get out of the house and do something, and others are more cautious about the virus.

“It seems like we have some players who are just ready to go, who would sign up and play a game tomorrow because they’re just ready to do something,” Norris said. “And obviously we still have some families that are concerned.”

As things progressed and pushed back possible playing dates to August, which is near the time of the usual start of the fall season in September, the league offered those training sessions instead that met Louisiana Soccer Association guidelines as well as state guidelines for social distancing and group gatherings. Even though the training sessions weren’t full games — the guidelines wouldn’t allow that many people together at one time — the parents and players appreciated the chance to do something, he said.

“We offered some training sessions, just an activity for the kids to do, to get outside and get some soccer in, since we couldn’t provide them with those games” to finish the spring season, Norris said. “Those training sessions were all offered by licensed trainers and coaches and really gave the players some insight on what a more competitive style training session would look like.”

ISA’s schedule follows the school year schedule, so the 2020 spring season was actually the second half of the 2019-2020 season.

“We’re considering the 2019-2020 season closed, and right now where we are is contemplating how we’re going to handle registration,” he said.

While the ISA board is still discussing what to do for the fall, he said, plans are for registration to be opened sometime in July. Norris anticipates it being mid-July, with the ISA letting players and parents know on its Facebook page.

“The difficult thing is we won’t be able to our players when they’ll actually be able to play games,” Norris said. “We have been getting a lot of questions from parents about when registration is going to open. Despite all the circumstances we’re in, we still have a loyal group of players that want to register and continue to play, but it’s a little difficult for us to project game dates and everything else whenever they register.”

In addition, it’s getting to the point where financial stresses come into play for the league.

“If we get pushed back, or if worst-case scenario starts to happen, we’re almost a hundred percent funded by registration fees and what we sell in raffle tickets and sponsors,” Norris said. “We’re basically a self-sufficient league, so if we get to a point where collecting registration fees gets pushed way back, then we’ve got to start going into the little bit of fund balance we have to keep the fields maintained. That’s a dangerous place for us to be whenever we start talking about having to spend money to keep our fields (up) and not knowing when we’ll be able to bring in money and registration again.”

Norris said ISA will stress at registration that because of the ongoing pandemic that saw a resurgence after Gov. John Bel Edwards opened Phase 2 of his recovery plan on June 5 and forced Edwards to extend Phase 2 a little over two weeks later, no definite dates can be given for a fall season.

“And also, how do we handle if we have a bunch of kids registered that would typically play in September and October and we’re not allowed to play until after that,” Norris said. “Then what does that do to us and how does it affect us.”

That could also affect the older players who are in high school. Louisiana High School Athletic Association rules prohibit players on high school teams from playing club soccer during the prep season, which usually starts in late October or early November.

“It’s tough to make a projection when” the league could start up for fall, Norris said. “I would say two weeks ago we felt like we had a projection that we could start early September and then shortly after that when we started hearing reports of numbers rising and the governor extending Phase 2 even longer, and now there’s some underlying rumors that maybe we’ll go back to a Phase 1 type of situation, so it just makes planning anything for the future almost impossible. So we’re just kind of the opinion that we’ll open registration up in order for parents to secure a spot (for players in the fall season), and the details you have to work out is the fallout plan for if you get pushed back for a tremendous amount of time.”