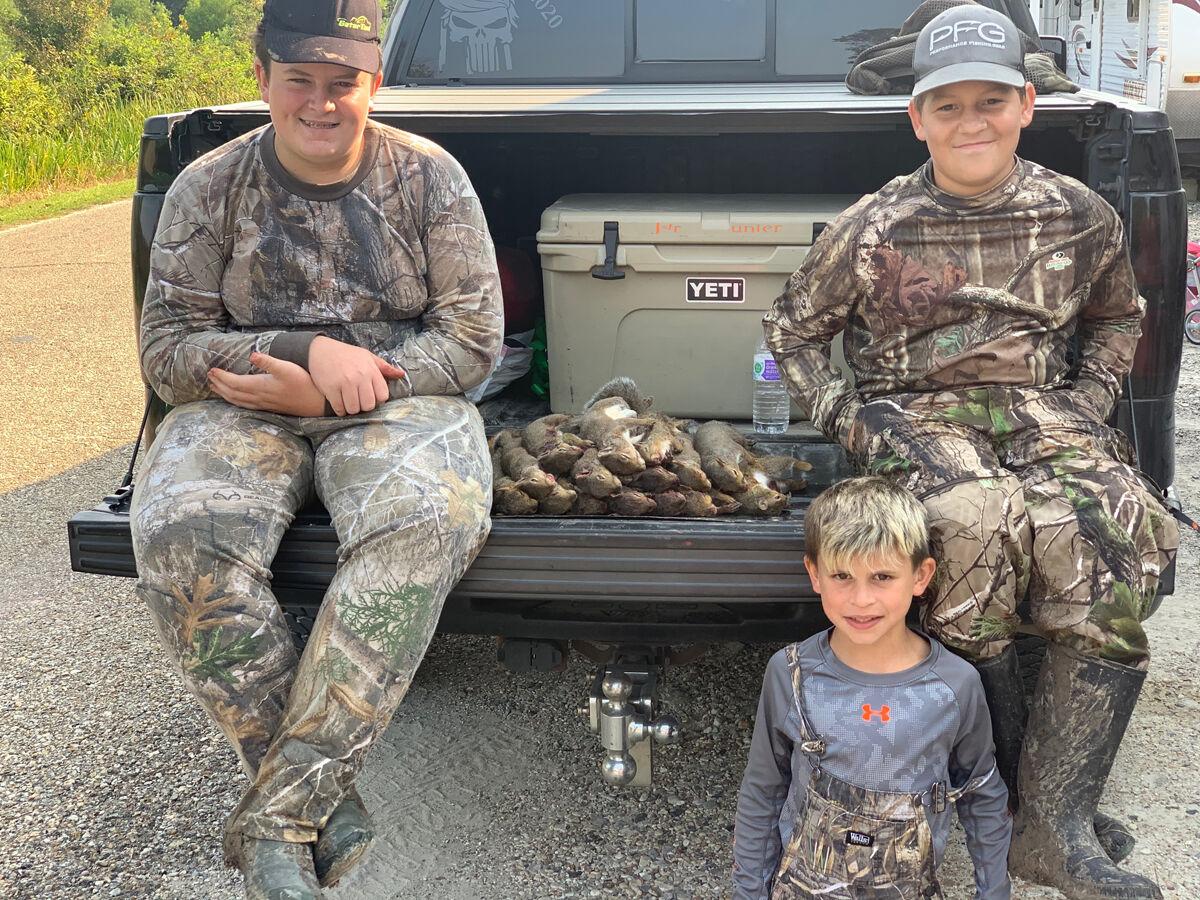 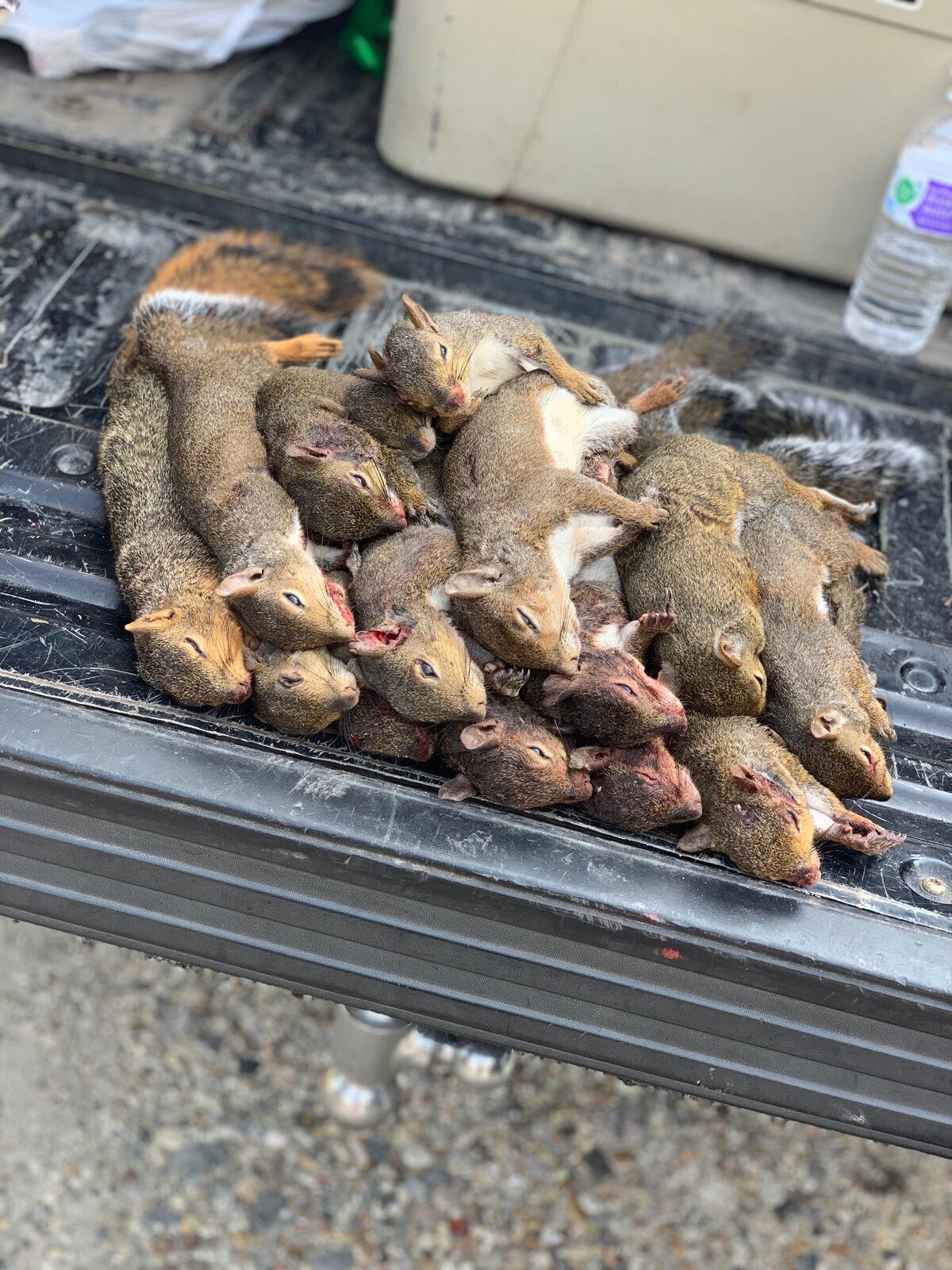 A stack of squirrelys on the tailgate was a scene repeated across the state on opening day Oct. 3 of squirrel hunting season. Chris Courville of Loreauville hunted on that special day with his son and friends in the wood along Lake Dauterive.

A stack of squirrelys on the tailgate was a scene repeated across the state on opening day Oct. 3 of squirrel hunting season. Chris Courville of Loreauville hunted on that special day with his son and friends in the wood along Lake Dauterive.

The combination dried the woods saturated by heavy rain in mid-September and even knocked down the swarms of mosquitoes along Lake Dauterive. Nevertheless, Mother Nature still served a curveball for the hunt he made with his son, Landon, 14, and brother-in-law Jarad Viator, Viator’s son, Jase, 9, and Landon’s friend, Evin Theriot, 14.

They were out at the crack of dawn and right away Courville realized something was amiss, despite the favorable weather conditions. He put his finger on it a few hours after the squirrel hunters bagged a total of 17 squirrels.

He believed squirrels ate overnight with the extra light. They weren’t active and leaving “cuttings” from their morning mast meals on the ground that give away their location.

Courville, 38-year-old owner of Louisiana Marine and Propeller Services, shot eight of the squirrels. It was his 33rd or 34th squirrel season opener, he estimated, adding he started hunting squirrels with his father, the late Lawrence Courville, at age 3 or 4.

Jarad Viator accounted for five squirrels and the older boys each got two, Courville said.

“I let him go by himself this year. He did good,” he said about Landon, who fishes on the Loreauville High School bass fishing team and also competes in archery with 4-H.

Just before opening day, Courville was lamenting the rainfall that put a lot of standing water on the grounds he hunts as a member of the Lake Fausse Pointe Hunting Club, which makes it impossible to see the cuttings that give squirrels away. But a long stretch of sunny skies and some cold fronts came to the rescue.

“Everything dried up. We didn’t have to fight the mud,” Louviere said, noting it also was nice to hunt without those aggravating, ever-bitin’ skeeters.

The full moon probably made the difference in their overall harvest, he repeated.

“I don’t find it (Saturday’s opening day) was as good as last year. We’re going to go back tomorrow morning and try another spot. We’re going to see if we can do a little better before the primitive season (for deer) opens,” he said.

An estimated 52,000 squirrel hunters took to the woods and swamps for the first day of squirrel hunting in Louisiana. Before the season’s over, they’ll have harvested approximately 700,000 or so squirrels.