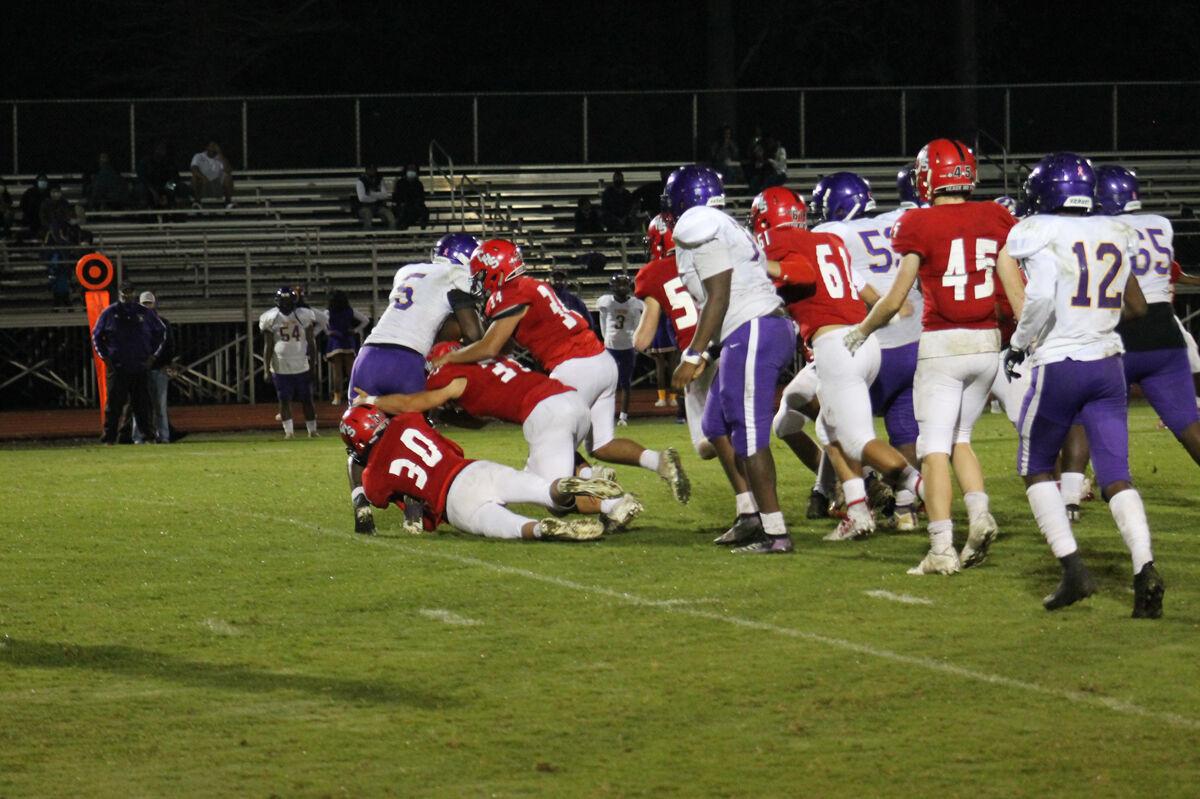 Catholic High School’s 43-0 win over Jeanerette this past Friday was the Panthers’ third straight win and third straight shutout. CHS travels to face Franklin to close out the District 7-2A schedule today. 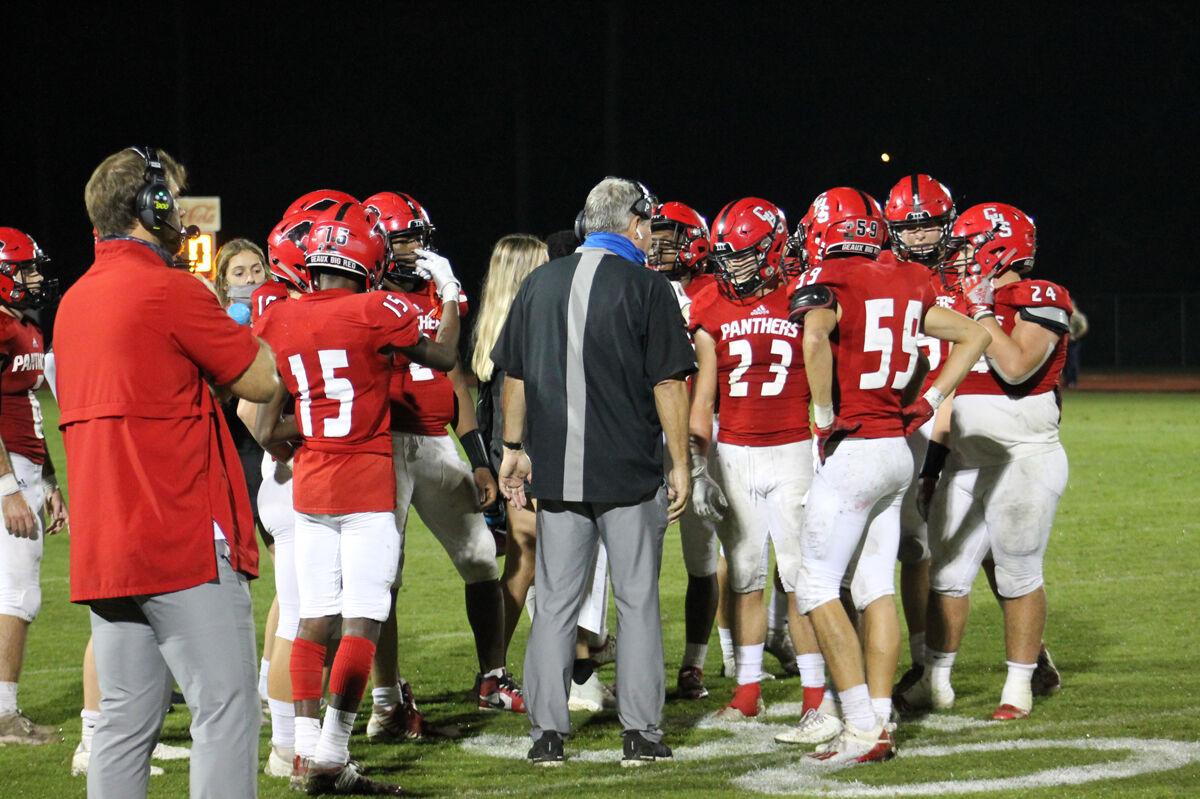 Assistant coach Craig Brody, center, talks with defensive players during a time out this past week. 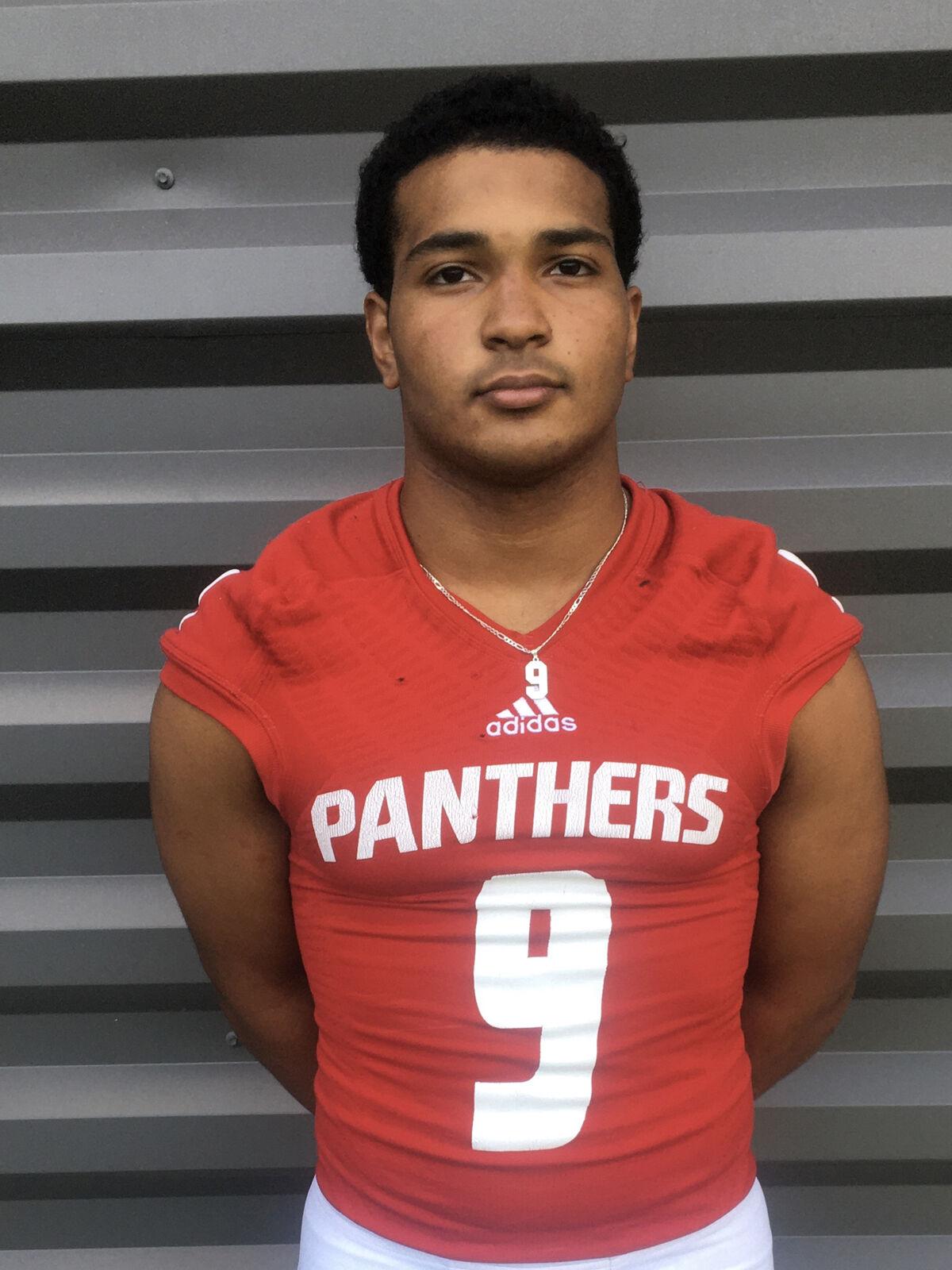 Catholic High School’s 43-0 win over Jeanerette this past Friday was the Panthers’ third straight win and third straight shutout. CHS travels to face Franklin to close out the District 7-2A schedule today.

Assistant coach Craig Brody, center, talks with defensive players during a time out this past week.

Catholic High is going for its fourth consecutive win today at Franklin.

The Panthers (4-3, 4-2 District 7-2A) are also going for a fourth straight shutout after outscoring their last three opponents 154-0.

“Even in the games we lost, our defense has played well,” CHS head coach Scott Wattigny said. “They’ve been doing a great job. It’s a credit to our kids.”

“In the games we lost, we didn’t finish. We didn’t execute. I don’t feel like our 1-3 start is indicative of the type of ball club we have.”

“He’s doing a great job of leading the ship,” Wattigny said. “We’re trying to utilize him at other positions, as well. That was the plan from the get-go. He’s obviously a very talented football player.

“As the season has gone on, you’re seeing a lot of other guys attempting to rush the football. In Week 1 vs. De La Salle, Reno had 33 attempts. Weeks 2 and 3 were pretty similar.”

“Against Houma Christian, KK only had three attempts,” Wattigny said. “11 guys touched the football, and it’s been the same story as we’ve continued since the Loreauville game.

“William Regard is doing a great job. He’s playing phenomenal football. He’s been a bell cow for us since we started the season, and it’s really increased.”

The Panthers are getting healthy again as the Division III playoffs begin next week. First, however, there’s business at hand vs. Franklin (4-3, 4-2).

“We lost Layne Lipari and Nick Boutte for some time and that hindered us a bit,” Wattigny said. “But that gave others an opportunity. We’ve been using Cole Broussard more.

Austin, a junior fullback, and Regard have combined for approximately 600 yards rushing with seven scores.

CHS is currently projected as the No. 8 seed in Division III. District rival Ascension Episcopal is at No. 5, while other 7-2A programs in the non-select bracket include undefeated Loreauville at No. 4, Franklin (No. 14), Delcambre (No. 28) and West Saint Mary (No. 31).

Jeanerette, at No. 34, is just outside the 32-team cutoff in the Class 2A bracket.