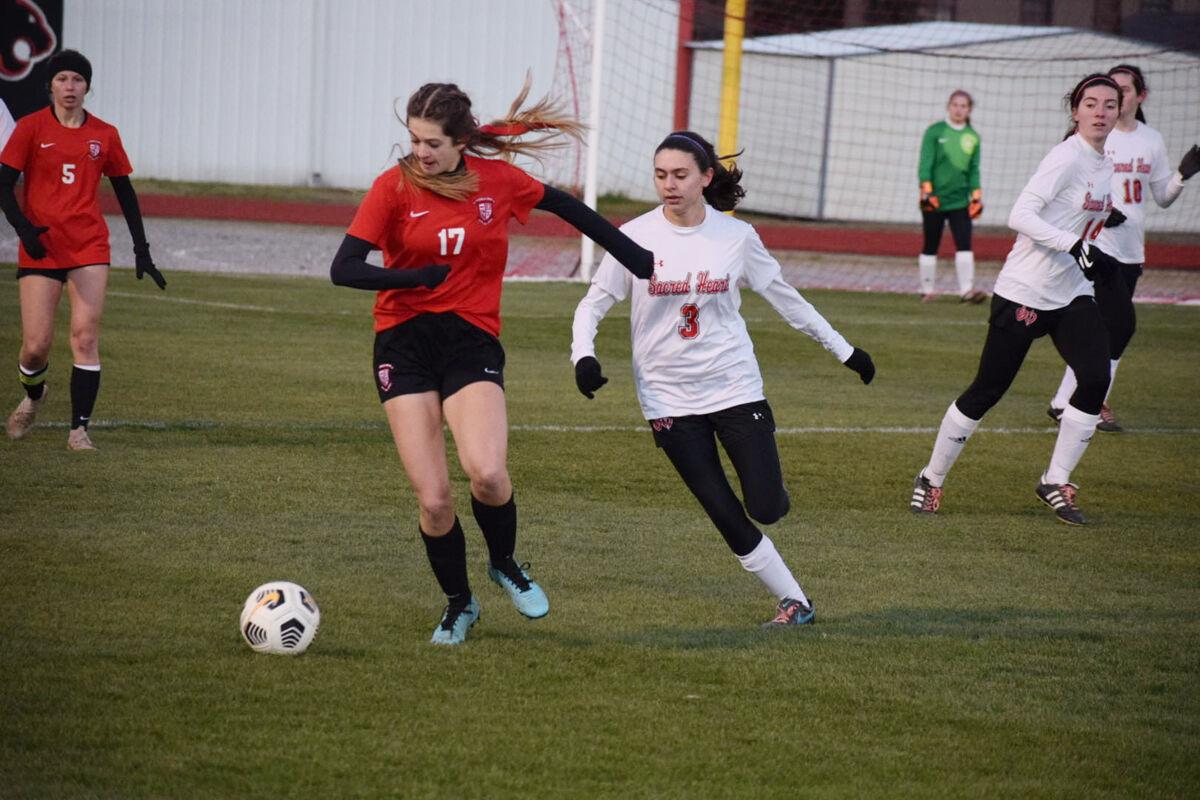 Kiera Green (17) of Catholic High School brings the ball upfield against Academy of the Sacred Heart in New Orleans on Friday in a Division IV girls’ soccer semifinal playoff game. CHS led twice, at 1-0 and 2-1, before ASH rallied for a 4-2 win. 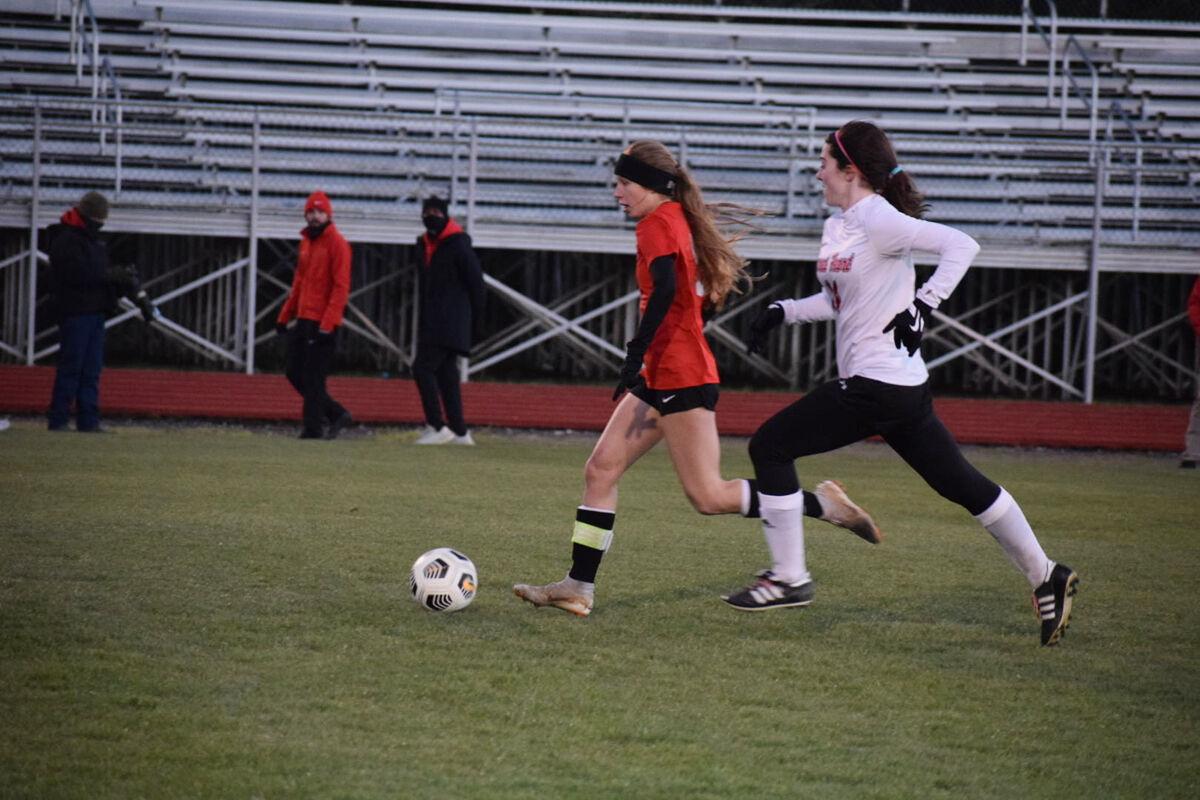 Kiera Green (17) of Catholic High School brings the ball upfield against Academy of the Sacred Heart in New Orleans on Friday in a Division IV girls’ soccer semifinal playoff game. CHS led twice, at 1-0 and 2-1, before ASH rallied for a 4-2 win.

The Catholic High Lady Panthers’ Division IV semifinal soccer game started off with a bang as Anna Broussard scored the first goal three minutes in to get CHS off to a 1-0 lead.

The game then settled into a back-and-forth affair as Academy of the Sacred Heart-New Orleans tied the game, CHS regained the lead on a goal from TerraLynn Calais that made it 2-1 before ASH tied the game at 2-2.

The Cardinals made it 3-2 with a goal five minutes before halftime, then added another goal in the second half and ASH beat Catholic High 4-2 to advance to the Division IV finals next week against Newman.

Kiera Green added an assists as No. 7 seed Catholic High’s season ended with a 15-8-2 record.

“When we scored to take the lead and then scored again to go up 2-1, I realy though that we were finally going to break through and beat ASH and win the game,” CHS coach Miles Guy said. “But credit to them, they were able to fight back and tie the game both times and take the lead and come away with the win.

Guy also said that both times the Cardinals tied the game in the first half, the goals came on CHS miscues.

“We didn’t clear the ball on either goal and they were able to get possession and score to tie the game,” Guy said.

And when ASH took the lead before halftime and added the insurance goal in the second half, it proved to be too much for CHS to battle back from.

“They were able to keep us out of goal,” Guy said. “It was just too much of a deficit to come back from.”

The loss also added to an unwanted streak for CHS. The Lady Panthers have never beaten ASH in the soccer playoffs, losing twice in the finals, twice in the semifinals and once in the quarterfinals.

“I really thought that when we got up twice in the first half, we were finally going to end that streak,” Guy said.

But with only one graduation senior and leading scorer Anna Broussard returning, Guy feels that CHS can return to the playoffs next year and may finally have a great shot at taking home that elusive state championship.

“I really feel that next year is going to be our year,’” the CHS coach said. “We have Anna back and we have all those juniors we started returning for another year. Plus we have some good younger players coming up for us. I think that next year could be the best chance we have to win that elusive title.”