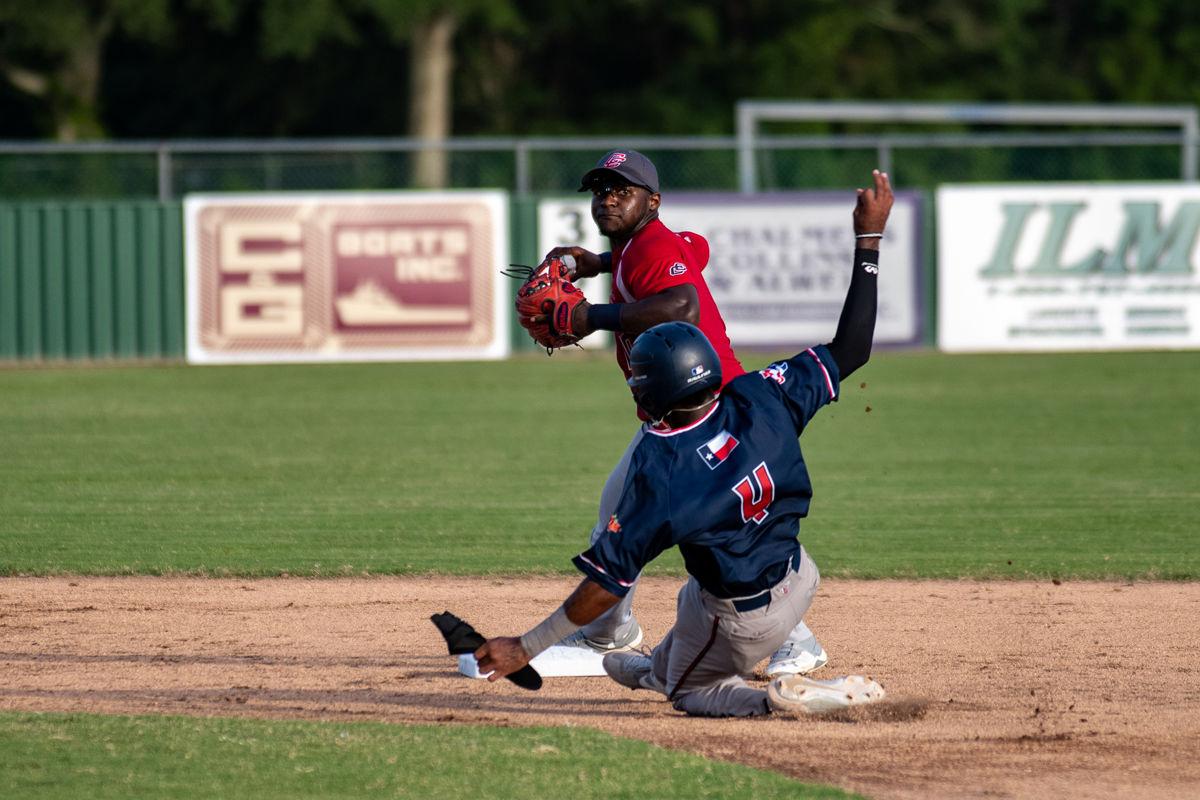 Acadiana Cane Cutters second baseman Zavier Moore (10) throws to first base while trying to complete a double play during the team’s season opener Wednesday as Tre Richardson (4) of the Victoria Generals slides into second base. Acadiana lost 2-1 Tuesday and bounced back with a 6-4 win Wednesday. Thursday’s series finale ended after deadline for today’s newspaper. 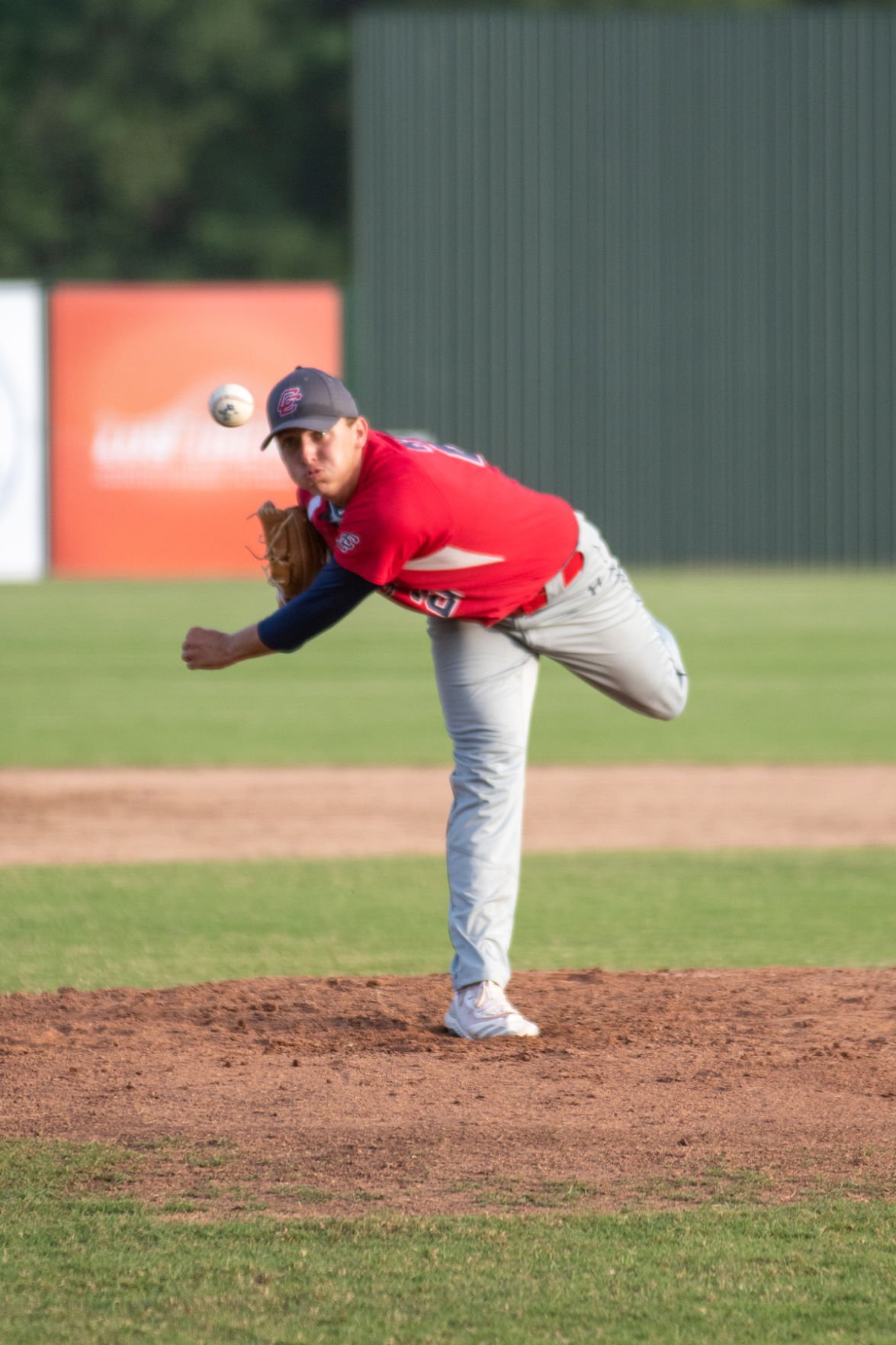 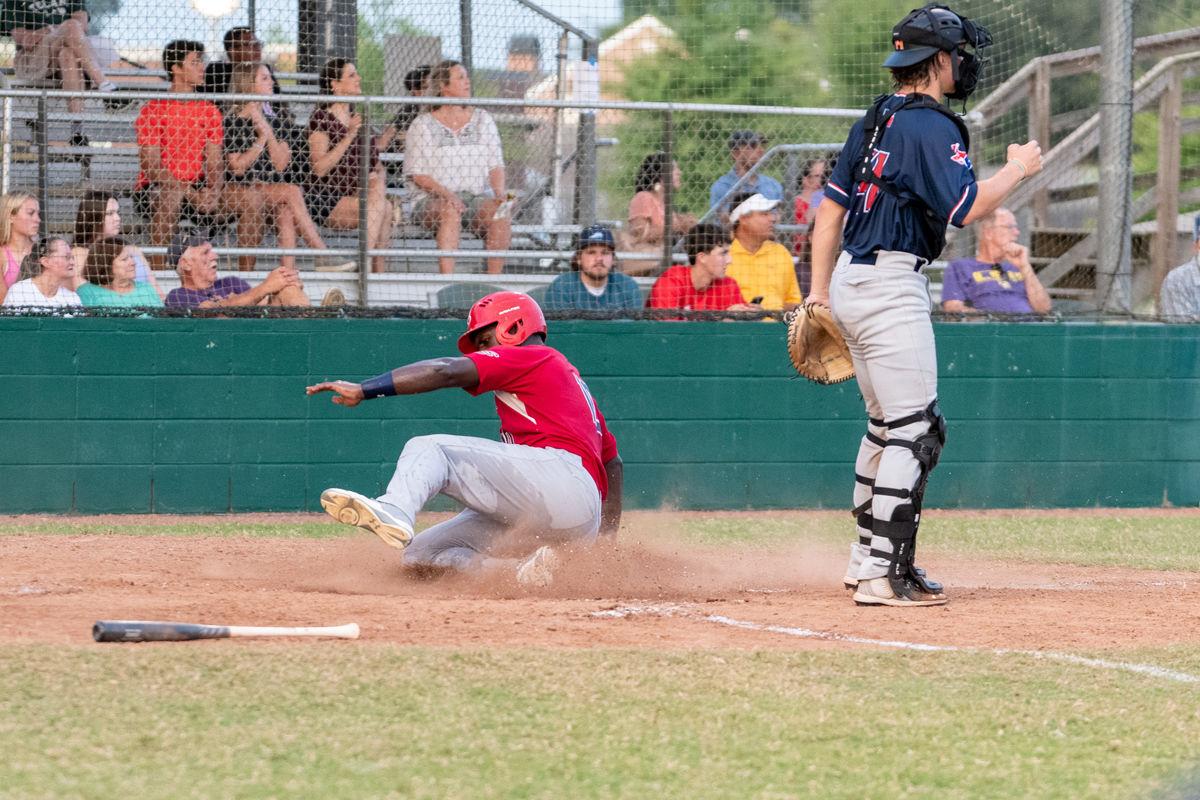 Acadiana Cane Cutters second baseman Zavier Moore (10) throws to first base while trying to complete a double play during the team’s season opener Wednesday as Tre Richardson (4) of the Victoria Generals slides into second base. Acadiana lost 2-1 Tuesday and bounced back with a 6-4 win Wednesday. Thursday’s series finale ended after deadline for today’s newspaper.

YOUNGSVILLE — The Acadiana Cane Cutters took a 6-4 win over the Victoria Generals Wednesday night at Fabacher Field, evening out the three-game Texas Collegiate League series to set up the rubber match Thursday evening.

Acadiana scored six runs on seven hits, led at the plate once again by left fielder Louisiana Tech’s Cole McConnell, who went 2-for-5 with a run and an RBI. Six of Acadiana’s hitters in the starting lineup recorded hits on the night.

Starting pitcher Bailey Holstein of the University of New Orleans earned the win after allowing only one run (earned), three hits and two walks while striking out five batters over four innings. Levi David of Northwestern State took over in the fifth, allowing four hits, two runs (both earned) and two walks with a strikeout over 1 1/3 innings.

Ragin’ Cajuns sophomore Blake Marshall struck out seven and allowed only one run (earned) on two hits and walking one batter over 3 1/3 innings. Tyler Booth of LSU-Shreveport got the save, recording the last strikeout of the game on just four pitches.

Defensively, the Cutters only committed two errors to the Generals’ three. Catcher Marshall Skinner of Northwestern State caught two runners stealing, but the highlight of the night was a webgem catch in center field for the second out of the fourth inning UL-Monroe’s Trace Henry, which earned him Powerade Player of the Game honors.

The Cane Cutters fell in the season opener Tuesday despite holding the visiting Generals scoreless through five innings.

Acadiana’s pitching staff held the Generals scoreless through five innings. Starting pitcher Cameron Barlow (UL Monroe) went 2 2/3 innings with two walks, three hits and no runs. Hayden Johns took over to close out the second and put two away in the third allowing one hit with no runs or walks. Hunter Meche was called out of the bullpen in the fifth and pitched 1 2/3 innings, giving up two hits, one run and walk but also striking out two. Matt Adams (Southern Mississippi) took the mound in the top of the seventh, striking four Victoria batters with no runs, no hits and one walk over two frames. Josh Mancuso closed it out for the Cutters in the ninth, allowing a run and two walks but striking out one.

The Cutters put together a stellar defensive front with a rundown play at third in the fifth. Catcher Tyler Thibodeaux then threw out a would be base stealer at third in the top of the eighth.

McConnell drove in Acadiana’s only run of the night after singles by Burke and Moore in the bottom of the fourth. The Cane Cutters almost took the win in the eighth when pinch hitter Will Veillon (BRCC) blasted an inside fastball over left field with runners on first and second base, but it was ruled a foul ball.