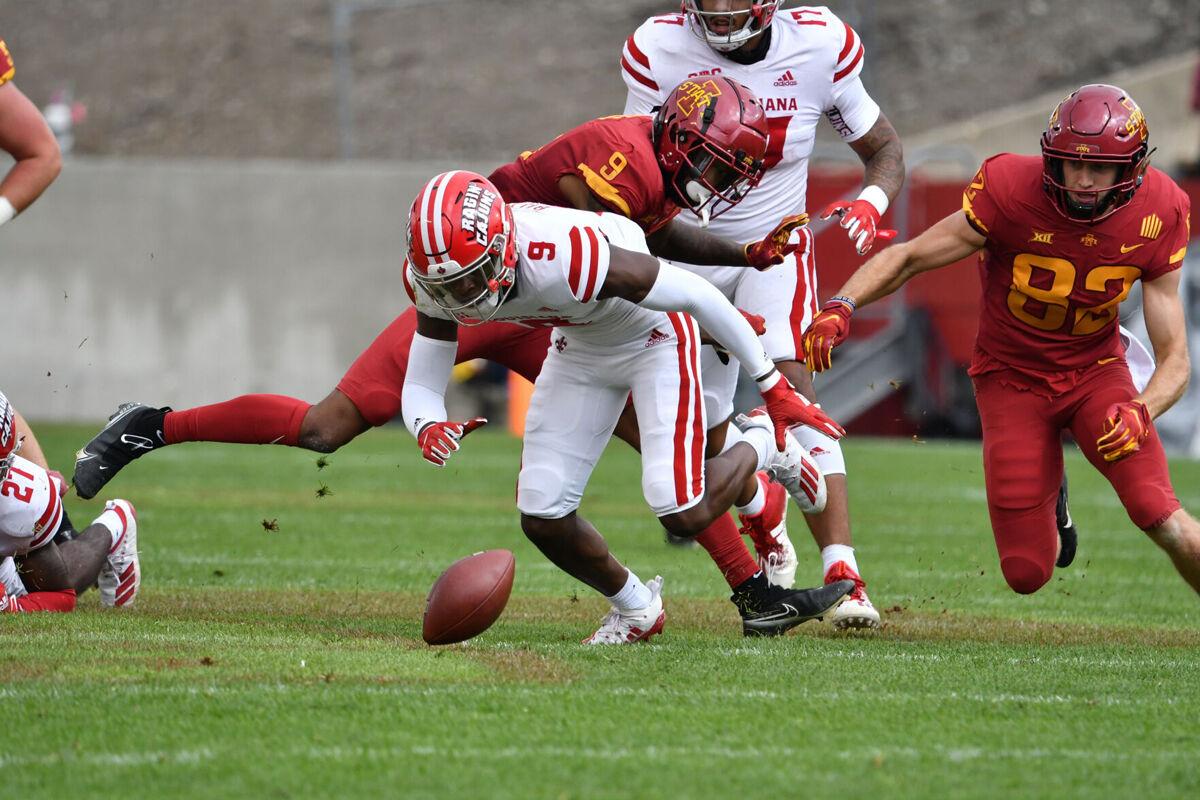 UL Lafayette safety Percy Butler (9) chases after a loose ball during the Cajuns’ win at Iowa State to open the season. 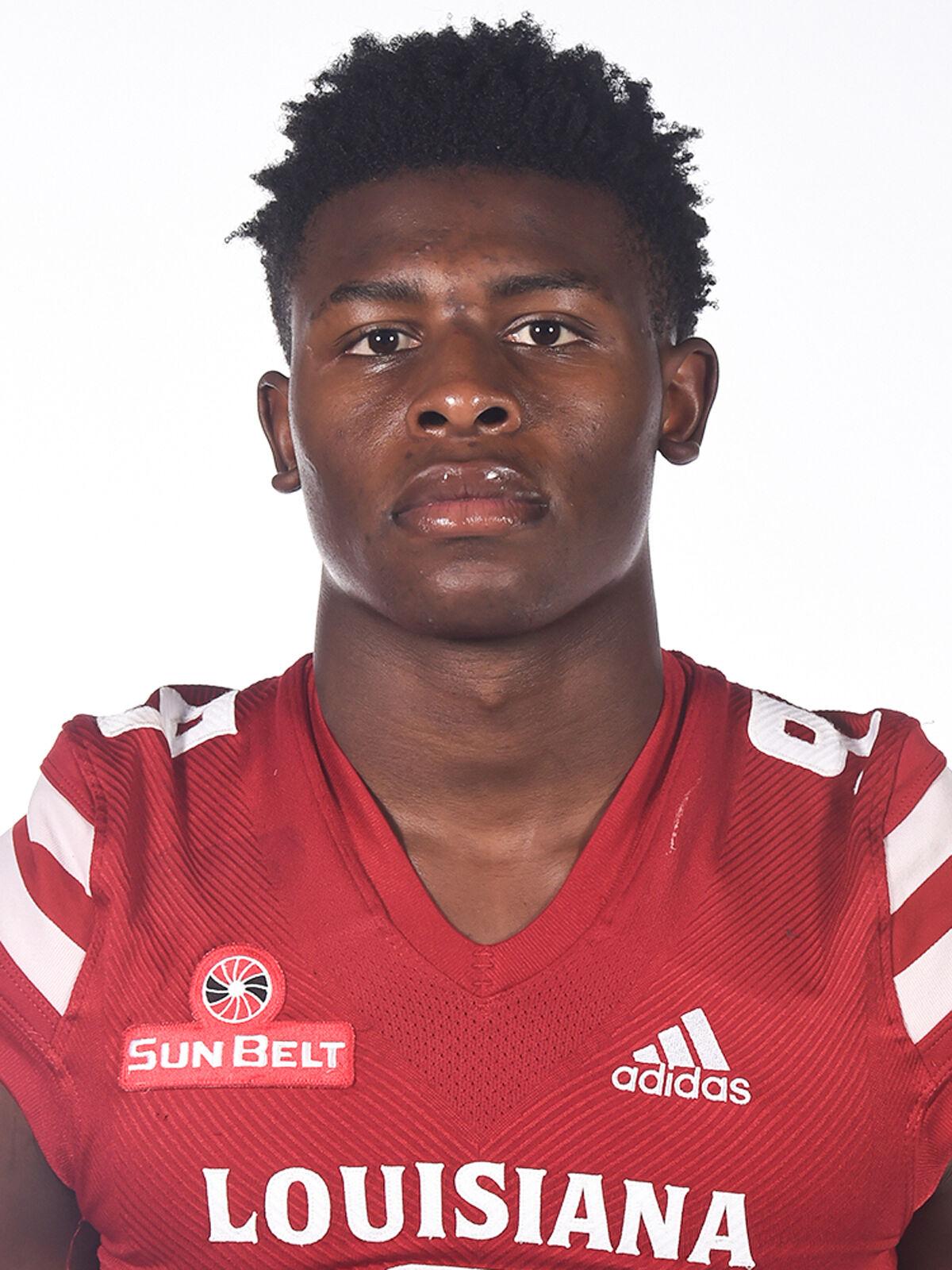 UL Lafayette safety Percy Butler (9) chases after a loose ball during the Cajuns’ win at Iowa State to open the season.

The University of Louisiana at Lafayette third-year safety plays with top-end speed and aggression which has resulted in dozens of impact plays for the Ragin’ Cajuns. Entering today’s primetime contest against visiting Coastal Carolina, Butler is tied for fourth on the team in tackles (13), while leading the team in pass breakups (5), fumble recoveries (2) and tied in forced fumbles (1).

So is Butler’s favorite play from last season’s opener against Mississippi State when he recorded nine tackles? Or maybe it was the forced fumble and recovery in the team’s upset win over Iowa State last month?

Neither. For Butler, his favorite play as a Ragin’ Cajun came in a 45-25 victory over Ohio last season — and it occurred on special teams.

In that game, Butler recorded three tackles and had one highlight-reel hit of Ohio punt returner DL Knock, who opted not to signal fair catch and got lifted off his feet and planted down in the turf by Butler.

While at Plaquemine High School, Butler developed a reputation for being a talented athlete as he played wide receiver-defensive back while also serving as a member for the Green Devils’ track and field team, competing in the triple jump and long jump.

Butler was good at many things but relished any opportunity to lay a big hit on a player.

“I always liked the contact,” Butler said. “I wasn’t afraid of making the hit or being hit myself.”

That mindset made him standout on special teams and would also spark a position change.

“I was playing on the kickoff team,” Butler remembered. “I would run down and I always liked hitting people. The coaches wanted to try me on defense to see if that works.”

“He was always leaning towards defense but we needed a big physical wide receiver his sophomore season,” Plaquemine coach Paul B. Distefano said. “After that season though it was his job to take over in the secondary and he did.”

“He gets a little possessed out there on the field,” Distefano said. “There are guys built with NFL bodies but they won’t hit you like that. He has a knack to lay the wood. Percy gets on the field and starts saying stuff that he doesn’t even know what he is saying. I just love to watch him play.”

UL Lafayette and its new head coach Billy Napier noticed Butler’s play and offered him the opportunity to not only play college football but to do so on his preferred side of the football — defense.

“I really liked the new coaching staff,” Butler said. “They sounded like they knew what they wanted to do. You see what we are doing now?”

Even though Butler knew he would be a good fit for the Ragin’ Cajuns, his first season in Lafayette was at times challenging. In addition to a shoulder injury that relegated him to only six game appearances, Butler also needed time to understand the defensive playbook.

“My first season was hard,” Butler said. “At Plaquemine we only ran like three plays on defense. When I came in it was hard to get the playbook down. I was used to the people’s motion. Once I got that down everything started clicking.”

“From the beginning, Percy has been gifted,” Napier said. “I think we found out that first year how tough Percy was. He was a little banged up but played through those injuries. Really tough. Very competitive and has great pride in his performance.”

After spending extra time the following spring mastering the playbook, Butler had a breakout season as a sophomore in 2019. The 6-foot, 190-pound safety appeared in 14 games as he recorded 54 tackles, 2 pass deflections and 3 forced fumbles.

“It’s really like the speed of the game began to slow down,” said Butler who is a kinesiology major. “I have gotten better with my film prep and when the play happens now it really isn’t going that fast in my head.”

Those quick instincts were critical in UL Lafayette’s 20-18 win over Georgia Southern.

In that game, Butler’s fellow defensive back Bralen Trahan intercepted a pass but during the return the ball was knocked out of his hands. Butler was tracking the action and quickly fell on the loose ball.

“I just saw the quarterback chunk it up,” Butler said. “I saw Bralen running so I am blocking people behind him. I see him juke someone in front of him but he has the ball loose. The dude raked the ball out of his hands. I was already prepared to come and recover the ball and that’s what I did.”

Butler seems to have a knack for being around the ball at all times.

“I used to play baseball and I had to learn how to field ground ball and line drives,” Butler said. “That just helped keep my eye on the ball.”

Butler may always be around the ball and has become synonymous with creating turnovers but the one aspect of the game he prefers over anything else remains unchanged.

“The thing I love most about playing this game is tackling,” Butler said. “I just love to tackle people.”

LAFAYETTE — The Ragin’ Cajuns will finally get to play a game again.