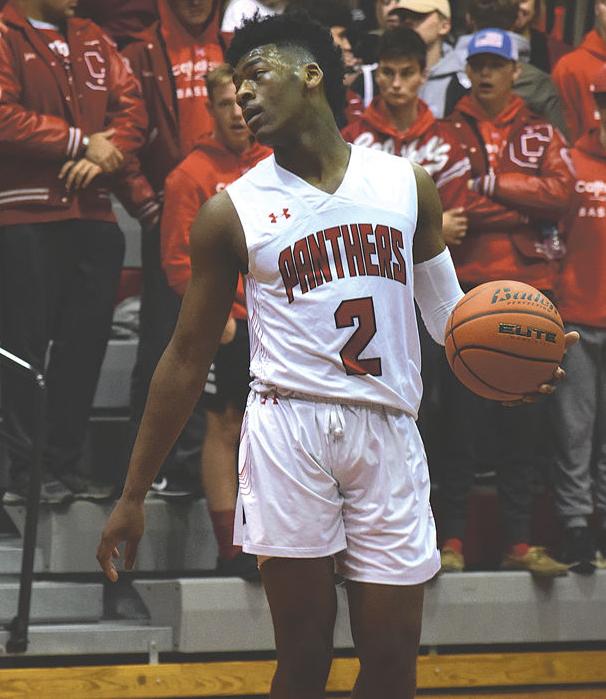 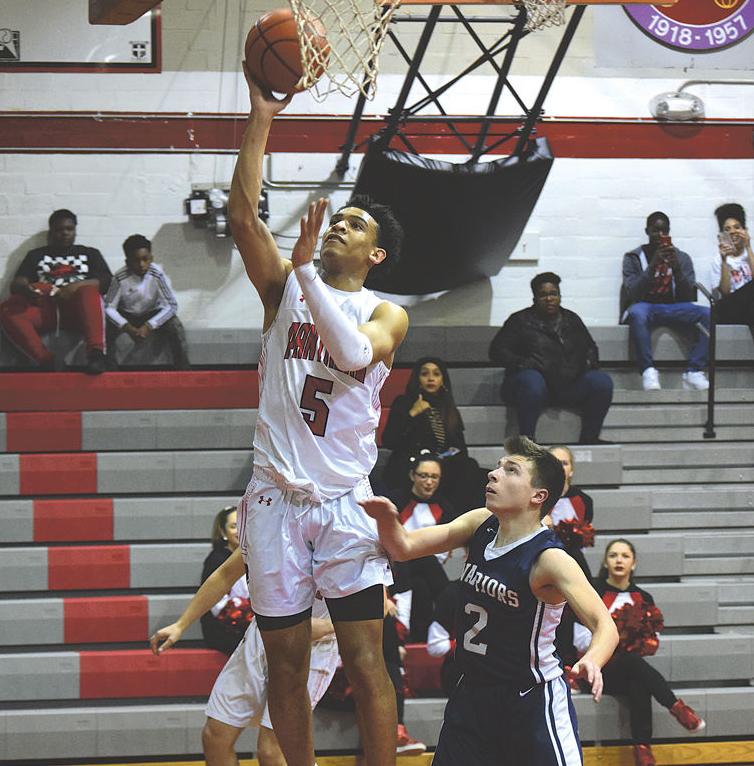 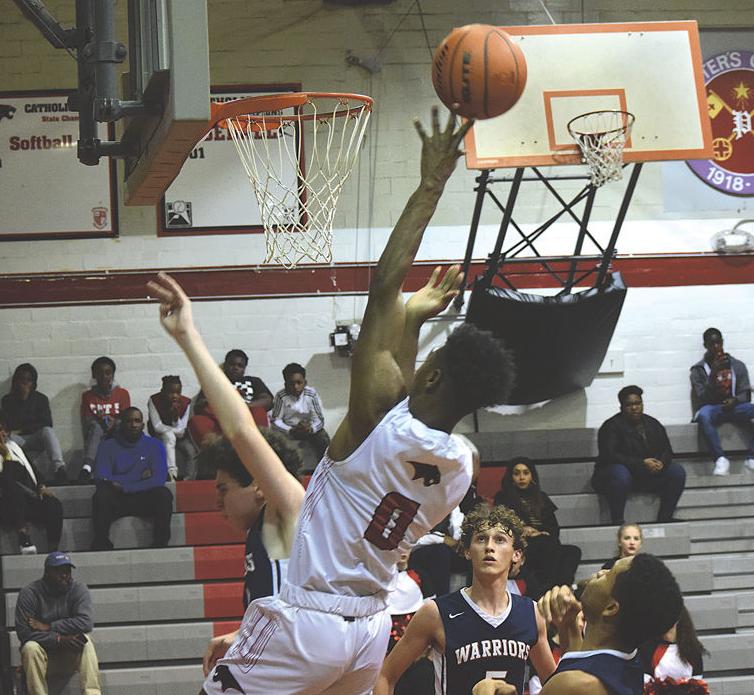 Catholic High’s Trey Amos (0) goes up for a basket against Homa Christian Thursday. 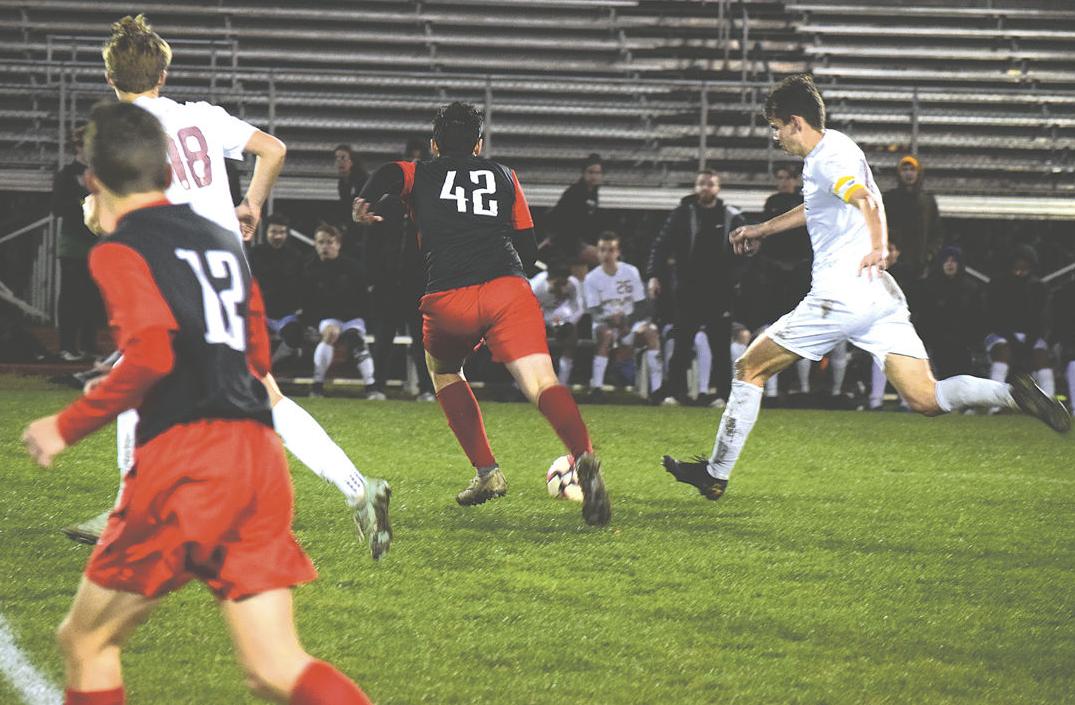 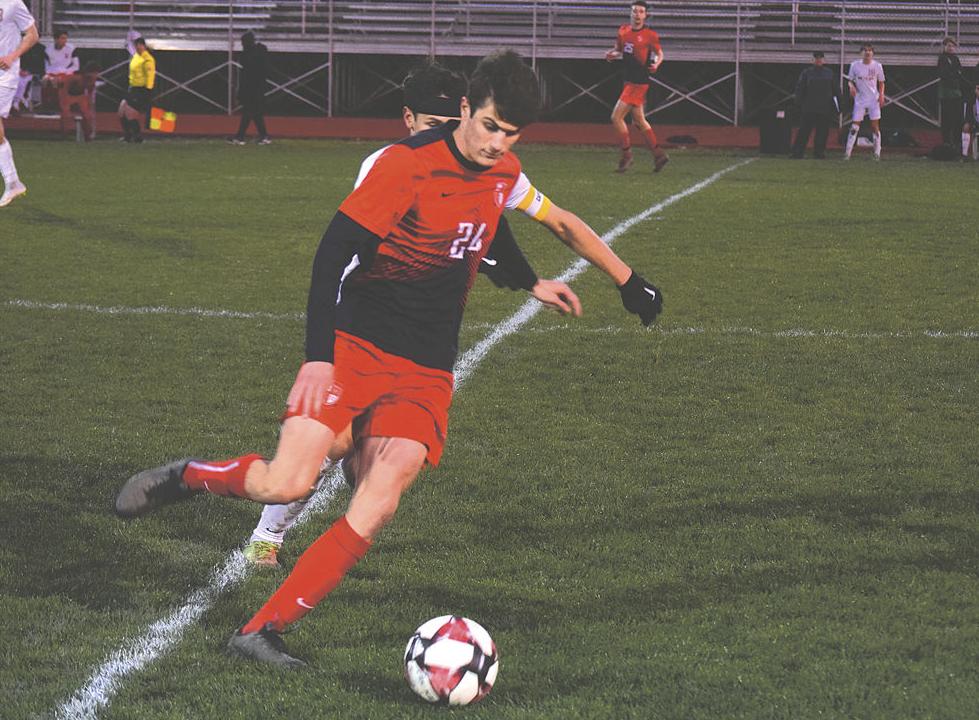 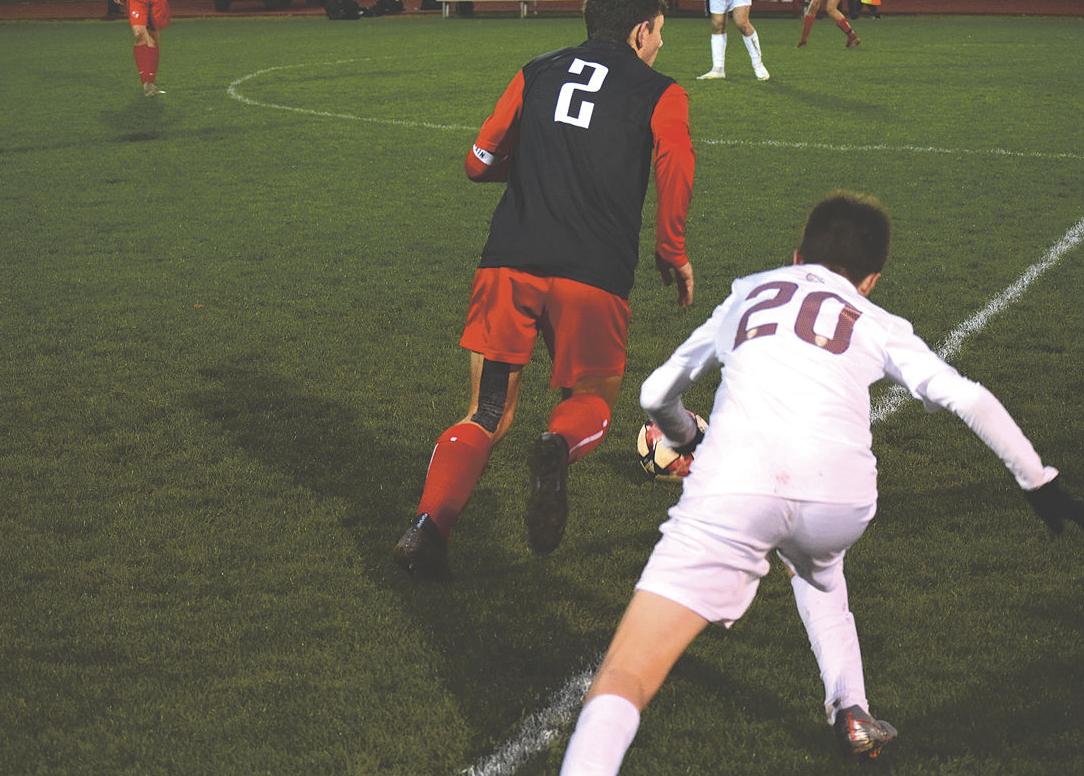 Catholic High’s Hunter Champagne leaves a Northlake Christian defender behind after putting a move on him during Thursday’s playoff game.

Catholic High’s Trey Amos (0) goes up for a basket against Homa Christian Thursday.

Catholic High’s Hunter Champagne leaves a Northlake Christian defender behind after putting a move on him during Thursday’s playoff game.

It was a big sports day at Catholic High as the boy’s soccer team played host to Northlake Christian in a second round Division IV playoff game and the boys’ basketball team took on Houma Christian in a District 7-2A cntest.

In the soccer match, senior Ben Tarantino scored on a penalty kick and a header as the Panthers took an early lead and held off a seccond half rally to beat Northlake Christian 4-3 and advance to the quarterfinals against Vermilion Catholic, which beat Rapides 2-0.

CHS coach Troy Arceneaux wasn’t sure when the quarterfinal would be played but said that it must be played by Tuesday.

CJ Gonsoulin and Thomas Morris each scored a goal in the Panther win.

In basketball, Trey Amos scored 17 of his 23 points in the second half as Catholic High, which led by two points at halftime, 19-17, outscored Houma Christian 16-7 in the third quarter to take the lead and held off a fourth quarter rally from the Warriors to win the district game 51-49.

Javian Willis added 18 points for the Panthers, who improved to 16-10 overall and 8-4 in district.

Connor Smith had 18 points for Houma Christian, which fell to 6-16 overall and 1-11 in district.

CHS returns to action Monday when the Panthers play host to Jeanerette. Then on Thursday, CHS closes out the regular season with a game at Franklin Senior High.