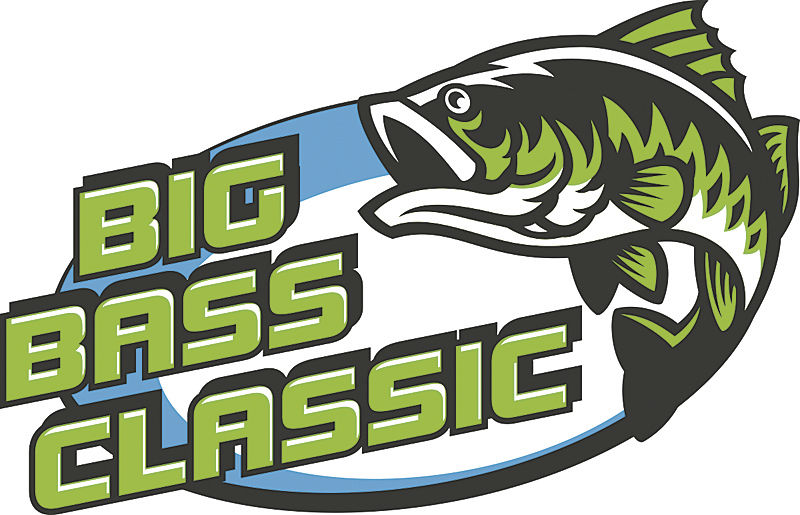 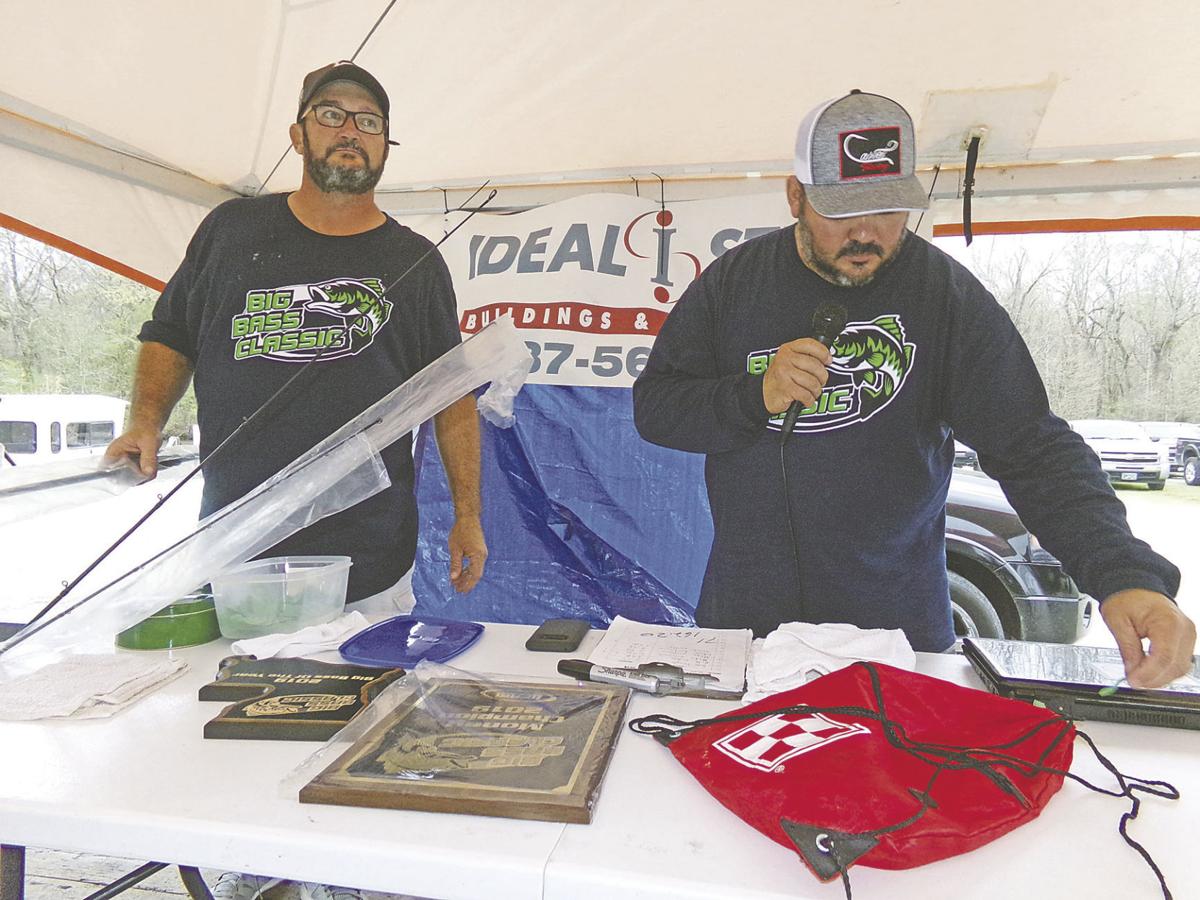 ‘Tee Roy’ Savoy of Coteau Holmes, left, Big Bass Classic director, and Neil Carret of Carencro face the crowd during the  awards presentation immediately following the tournament on Feb. 23 at Lake Fausse Pointe. The next Big Bass Classic is scheduled to be held on Feb. 29, once again out of Marsh Field Boat Landing.

‘Tee Roy’ Savoy of Coteau Holmes, left, Big Bass Classic director, and Neil Carret of Carencro face the crowd during the  awards presentation immediately following the tournament on Feb. 23 at Lake Fausse Pointe. The next Big Bass Classic is scheduled to be held on Feb. 29, once again out of Marsh Field Boat Landing.

“Tee Roy” Savoy of Coteau Holmes announced in October the date for the next Big Bass Classic, which has grown to be quite a tradition among bass anglers in and around the Teche Area, as Feb. 29.

The date hasn’t changed and all hands are getting on deck for the popular fundraising tournament that benefits cancer associations and others, the director said. It follows the 2020 Mardi Gras celebration Feb. 25 in Louisiana.

“Like I told people who called, we are going to have it,” Savoy said Friday morning.

The Big Bass Classic, the only one of its kind in the region and patterned after Sealy’s Big Bass Splash events at Toledo Bend, Texas’ Lake Sam Rayburn, Lake Guntersville in Alabama, and Lake Fork in Texas, pays out $500 per hour for eight hours — $250 for first, $150 for second and $100 for third.

The tournament begins with first cast for all at 7 a.m. sharp. The first weigh-in is at 8 a.m with the final weigh-in at 3 p.m.

That popular format will stay the same, Savoy said.

“If we have decent weather we’ll have more boats. The outcome will depend on the weather,” he said. “People want to fish it. Some don’t want to go out if there’s a chance of rain.”

Savoy, 53, took over the tournament after the sudden death of the tournament’s founder, Elvis “Top Rod” Jeanminette of Grand Marais, who was 57 when he died Jan. 12, 2015. Jeanminette ran the grand fundraising tournaments and everything went like clockwork, and many, many men and women pitched in to help him, including Savoy. The Coteau outdoorsman continues to carry the torch to this day despite the fact he devotes his life and time, understandably, to his wife.

Savoy’s wife, Jackie Savoy, 51, was diagnosed with renal cell carcinoma in December 2016. There have been never-ending trips ever since to M.D. Anderson Cancer Center in Houston, where she underwent eight surgeries the first year of her fight.

She later had surgery on her spine. Two surgeries to drain fluid in her lungs were the most recent.

“It was a rough month,” Savoy said about December. “I was working on some stuff (for the BBC) but it was kind of crazy, too, with so many trips to Houston.”

His wife is scheduled to return to M.D. Anderson on Jan. 6, he said.

Whenever possible, he’ll tend to preparations for the BBC. The main goal is to secure sponsorships and donations of any kind, plus, hopefully, resurrect the raffle of a big ticket item, like a deer hunt several years ago to Missouri that raised more than $10,000.

There are two months remaining, Savoy pointed out.`

He’ll start organizing his crew of volunteers after Wednesday, he said, inviting anyone who cares to pitch in on the effort to contact him at 519-3107. He welcomes hearing from anyone who cares about the tournament and what it means as much as he does.

The annual tournament main beneficiary has been the Lydia Cancer Association. Savoy has added the Acadiana Hope for a Cure to the list of beneficiaries.

“It’s some of the same thing. It looks like they reach out to you,” he said.

It’s all about the cause, organizers and bass anglers agree. One of last year’s competitor’s put it best.

“At the end of the day, it’s not about the money. It’s about just being out there enjoying the day. I mean, it’s always been a good tournament since Elvis ran it. It’s for the right causes. My father passed away from cancer. I’m always going to support that, win or lose,” Mike Louviere Sr. of Loreauville said after the last event on Feb. 23.

Louviere, who fished with his son, Mike Jr., emerged as the leading money-winner that day. The father-son team had two first-place fish, a second-place fish and a third-place fish to cash in with $750.

The biggest bass of the day was a 4.70-pounder weighed by Marcus Hebert of Loreauville, who fished with Lee Bordelon of Abbeville. The bass, which bit on a watermelon/red Zoom Super Hog, was the biggest bass in the fourth hour for $250.

All bass that hit the scale were released alive. Seventy-one bass weighing 162.20 pounds went back into the water after being taken in the release tank aboard the Gator Tail-powered boat operated by Damien Theriot, who had an assist depositing the bass into the release tank from Martin “Big Lou” Louviere.