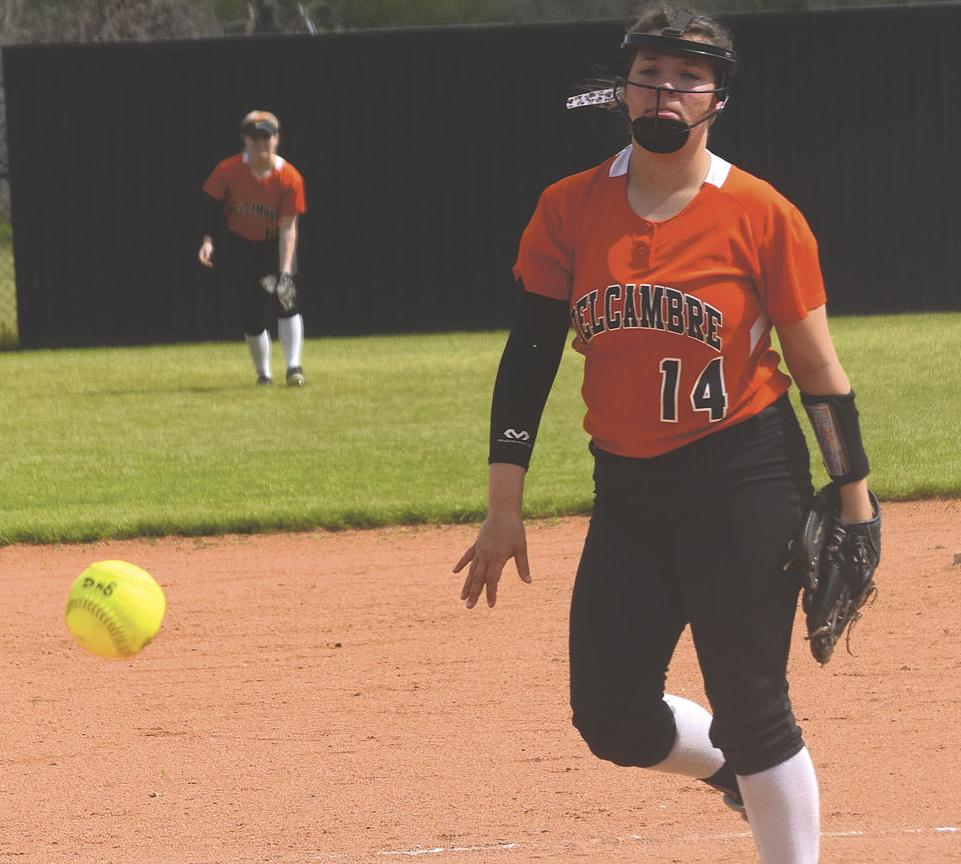 Delcambre softball pitcher Paige Myers throws against Lafayette Christian from earlier this season. The DHS Lady Panther softball team was off to its best start in seven years before seeing the season halted by the coronavirus pandemic. 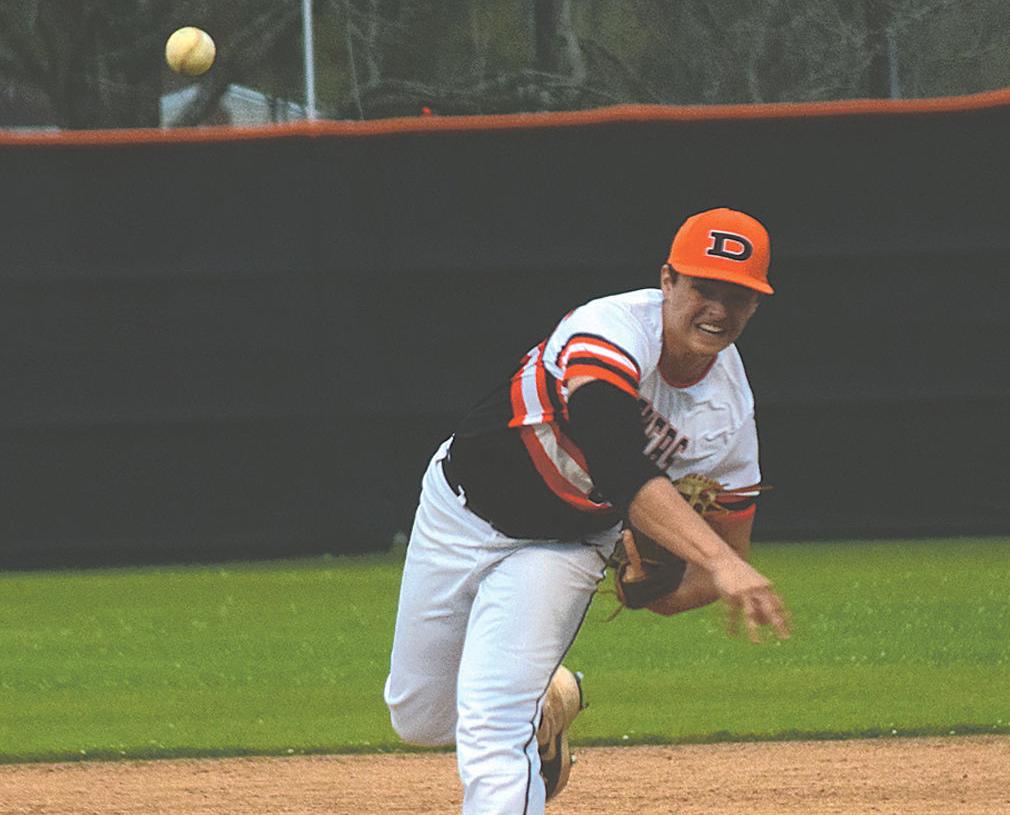 Delcambre pitcher Kalob Moneaux throws against Hanson from earlier this season. The Panther baseball team was off to its best start in several years before being shut down by the coronavirus pandemic.

Delcambre softball pitcher Paige Myers throws against Lafayette Christian from earlier this season. The DHS Lady Panther softball team was off to its best start in seven years before seeing the season halted by the coronavirus pandemic.

Delcambre pitcher Kalob Moneaux throws against Hanson from earlier this season. The Panther baseball team was off to its best start in several years before being shut down by the coronavirus pandemic.

DELCAMBRE — Before the high school baseball and softball season was stopped cold two weeks ago, the Delcambre Panthers baseball team and the DHS Lady Panthers softball team were on a roll.

The baseball Panthers, despite going 3-3 before the stoppage, had opened the season with an 8-3 record while the Lady Panther softball team had opened the campaign with a 10-5 mark and probably should have been a little better.

It was by far the best record of the two combined programs in the Teche Area.

“It was the best opening mark that we had in my time here,” DHS softball coach Keith Morgan said. “My first year we were around that mark and we haven’t been close since.”

Morgan is in his seventh year as head coach of the Lady Panthers.

“Truthfully, I did not expect us to be as offensively powerful as we were coming out of the gate. I knew our defense was going to be okay and our pitching was going to be up and down but I was okay with is as long as we played good defense.

“But offensively, we were scoring anywhere from 10-15 runs per game and we were getting 15 hits per game. I think that we had already have four or five home runs when the season stopped and it you count the scrimmages, we had about seven homers.

“Offensively, I was pleasantly surprised with how we were doing.”

The Lady Panthers had scored 160 runs through the first 15 games, an average of just over 10.6 runs per game.

“We tried something different this year,” Morgan said. “I talked to a couple of friends who know hitting and we put together what we like to do and the girls bought in.

For the most part defensively, Delcambre was allowing just over six runs per game and with a couple of exceptions, like committing six errors in an inning against Loreauville, had played solid defense, just like Morgan hoped the team would.

Morgan gave credit to several players for the early success.

“Baleigh (Trahan) and Hollywood (Alexis Rogers)were swinging the bat well,” he said. “Lauren Dooley was swinging the bat really well. Rhen Broussard was probably my hottest hitter and was batting .650 over the last four games.”

Morgan also gave credit to the bottom half of the lineup which were getting on base which allowed the Lady Panthers to score all those runs.

“And then Paige (Myers) with her pitching, I couldn’t ask for much more,” Morgan said. “That last week, we played five games and she pitched pretty much every inning except for four or five.

“We’ve ridden her pitching and she’s come through for a junior who didn’t pitch a whole lot last year.”

What Morgan really wants is to see the season pick up again to see what this team could do. The DHS coach figures it would take two weeks of practice to get back to where they could play and them see how they do in the playoffs.

Over on the baseball diamond, Andew Madden had the Panthers off to a good start as well and with the exception of that split of the last six games, had Delcambre playing winning baseball.

“We started really hot and the last six were 3-3 but we were entering the part of our schedule where we could get real hot again,” Madden said. “I really felt like we could have been 12-3 heading into the Catholic High game, which would have been the best start in Delcambre history by at least two games.

“I felt like we had the potential to reach a whole bunch of goals this season. I don’t know what’s going to happen but I hope we start playing again to give those goals a shot.”

Like many coaches, Madden expressed his frustration with the situation.

“We had a really good group of seniors that didn’t deserve to have it abbreviated and I hope that we start up again so they can have some closure to do right by those kids, which is the right thing to do.”

Madden credited his senior class for helping the team off to that great start.

“They can play,” Madden said. “I learned a long time ago it doesn’t matter who good a coach you are if you don’t have players who can play and execute.”

Coaching baseball at Delcambre was something that Madden felt could be a gold mine.

“When I was coaching at Westgate and Catholic High back in the day, I always felt that Delcambre was was a job that could be really good,” he said.”They won a softball title before the split and I felt that they had that same potential in baseball.”

Madden said when this senior class was sophomore, they won six game. Last year as juniors, they won 12 games. This year had the potential to really win some games and make some noise.

Some of the players Madden was counting on when the season was halted was Zack Delcambre, Carson Breaux and Parker Nunez but the DHS coach was crediting most the team.

“It really was a team effort,” he said. “It was balanced effort and the biggest thing was in our first game against St. Martinville, we were up 2-0 and we kicked the ball around and went down 5-2.

“Its really been a special team. I just hat that it’s ended a little early.”