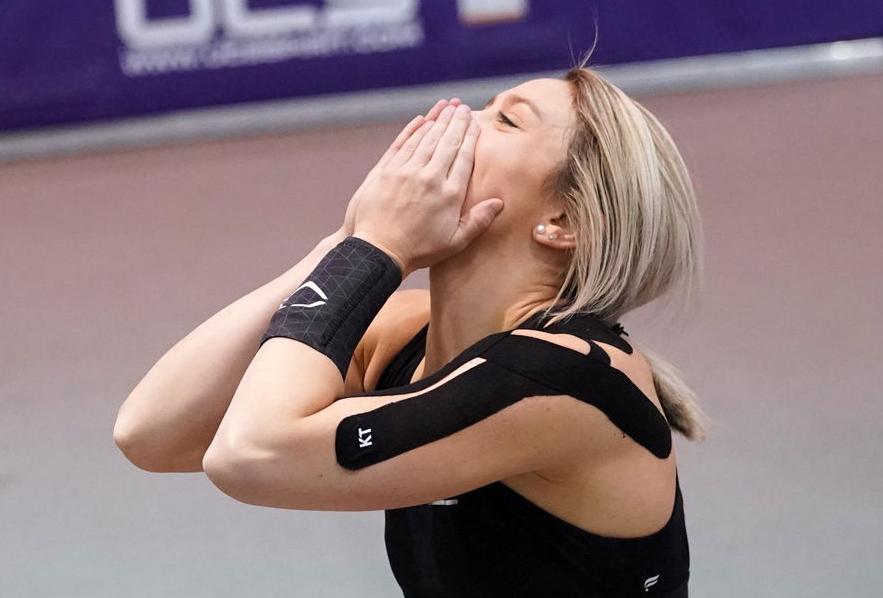 Former Catholic High, University of Georgia and ULL standout Morgann LeLeux Romero reacts after clearing the Olympic-standard of 4.70 meters (15 feet, 5  inches) earlier this year at an indoor meet at LSU. 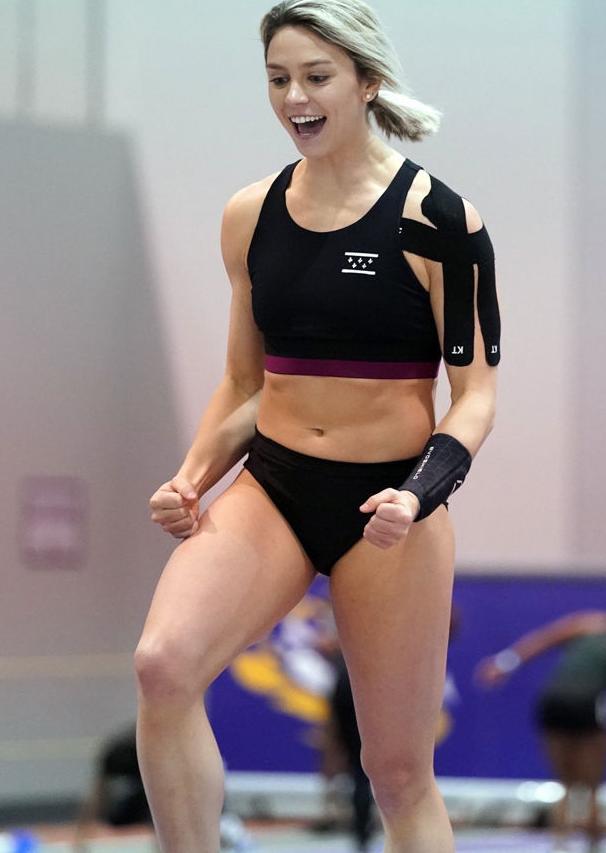 Morgann LeLeux Romero, who was an alternated on the 2016 US Olympic pole vault team, is taking stock of the situation after the 2020 Tokyo Games were postponed to 2021. 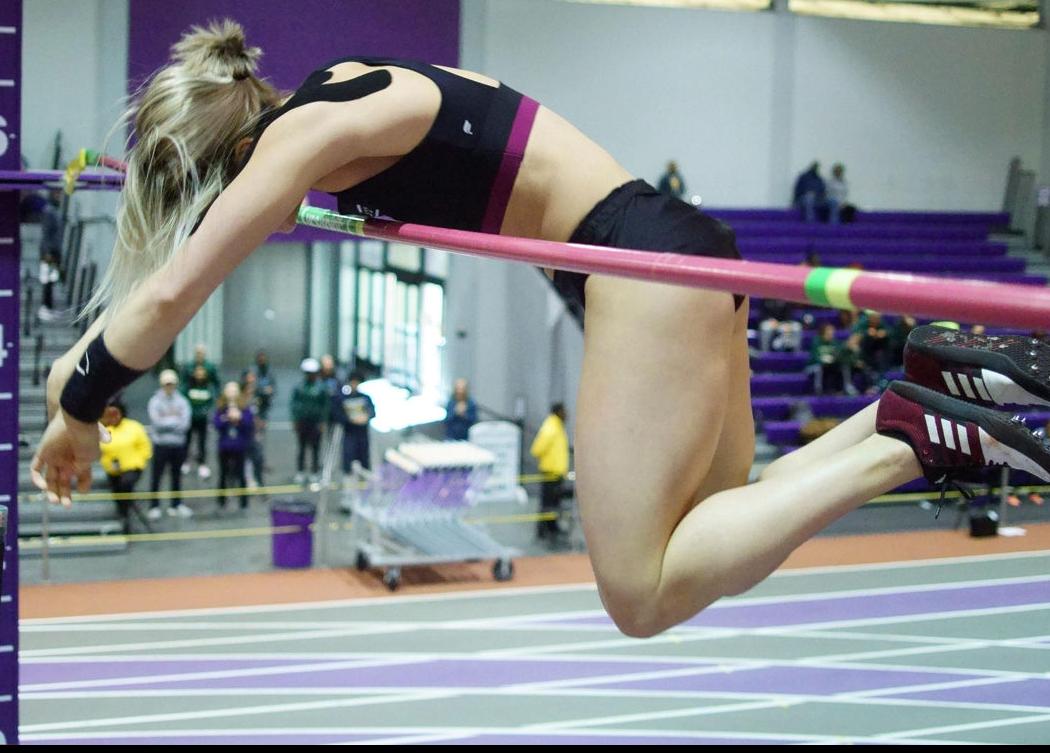 Morgan LeLeux Romero clears the bar at a meet at LSU.

Former Catholic High, University of Georgia and ULL standout Morgann LeLeux Romero reacts after clearing the Olympic-standard of 4.70 meters (15 feet, 5  inches) earlier this year at an indoor meet at LSU.

Morgann LeLeux Romero, who was an alternated on the 2016 US Olympic pole vault team, is taking stock of the situation after the 2020 Tokyo Games were postponed to 2021.

Morgan LeLeux Romero clears the bar at a meet at LSU.

The 2020 Tokyo Olympic Games were going the be the culmination of an incredible pole vault career for former Catholic High standout Morgann LeLeux Romero.

After landing as the alternate on the three-person team for the 2016 Rio de Janiero Games, getting fitted for the uniform, going through all the paperwork and getting all the medical tests, LeLeux Romero had to sit on the sidelines and watch as the best pole vaulters in the world battled for Olympic gold.

It was then that LeLeux Romero decided that it was time to, as she put it. “Go all in.”

Four years of training later, LeLeux was ready for the Olympic Trials and another shot at Olympic glory, but all that came to an end Tuesday when the Internationa Olympic Committee and the 2020 Tokyo Olympic Organizing Committee announced jointly that the 2020 Games would be postponed until 2021 due to the effects of Covid-19, otherwise known as the Coronavirus, which has stopped all organized sports across the Globe.

“The last 24 hours have been a mixed bag of emotions for me,” LeLeux Romero said. “I did not have a thought that this could happen until two weeks ago. Things started changing, people started staying home. When officials started talking about everyone staying home, I kind of thought that they were going to move the Olympics.

When she heard over the weekend that Canada had decided not to send their athletes, followed by similar decisions from Australia, New Zealand and Germany, that the games were going to be postponed.

“I thought at that point that even if the Games were still held, it wasn't going to feel like a real Olympics,” LeLeux Romero said. “I don't want to go and make an Olympic team for half an Olympics. I want to do the real thing.”

When it finally happened, it was a numbing experience.

“When my dad (Shane LeLeux) came in and casually said, 'The postponed the Olympics,' it really didn't register at first,” LeLeux Romero said. “Even after a day, It still really hasn't set in. I'm using everything I can as a distraction so I really don't have time to think about it.”

The past four years, since the disappointment of not making the 2016 Games, LeLeux Romero has thrown herself into training and getting ready for the shot at the 2020 Games.

She still worked with her dad, but also picked up a couple of new coaches to work on her speed down the runway and working with the pole to help her clear the Olympic standard of 4.70 meters, roughly 15 feet, five inches. She finally cleared it in an indoor meet at LSU in Febrary and she was getting ready to start on her outdoor training and making the Olympic team when the word came down.

“I was geared us and ready to go,” LeLeux Romero said. “I knew that this was going to be my best chance to get to the Olympics.

“I put everything into it. You have no idea how much change I did. And it was rough, I don't like change. I like everythying to stay the same. I took a chance and got out of my comfort zone and really put myself out there, making big mistakes to learn and push myself forward.”

Even with that and the changes and the moving of the Games, LeLeux Romero can see the light at the end of the tunnel.

“A year delay is better than having to go another four years and training and waiting,” LeLeux Romero said. “At least I still have the chance to make it to Tokyo, even if it's a year late.”

So for now, the former University of Georgia standout who finished her career as a record-setting pole vaulter at Louisiana-Lafayette, sits and waits and retools for her big chance that will come in 2021 instead of 2020.

“Right now, I'll take a week, maybe two weeks off and rest, and then I'll get with my coaches and see where they want to go and what they want to do,” she said. “My running coach had already texted me that he ready to go. So we'll take a deep breath and get ready for next year.”

LeLeux Romero also said that if sports competitions return this summer, she'll get back and go compete in meets to put into work what she has been practicing for the past four years.

And the chance for the Olympics is still out there.

“I always said that these Games were the most important for me,” LeLeux Romero, who is 27, said. “After that, we'll see what happens.”