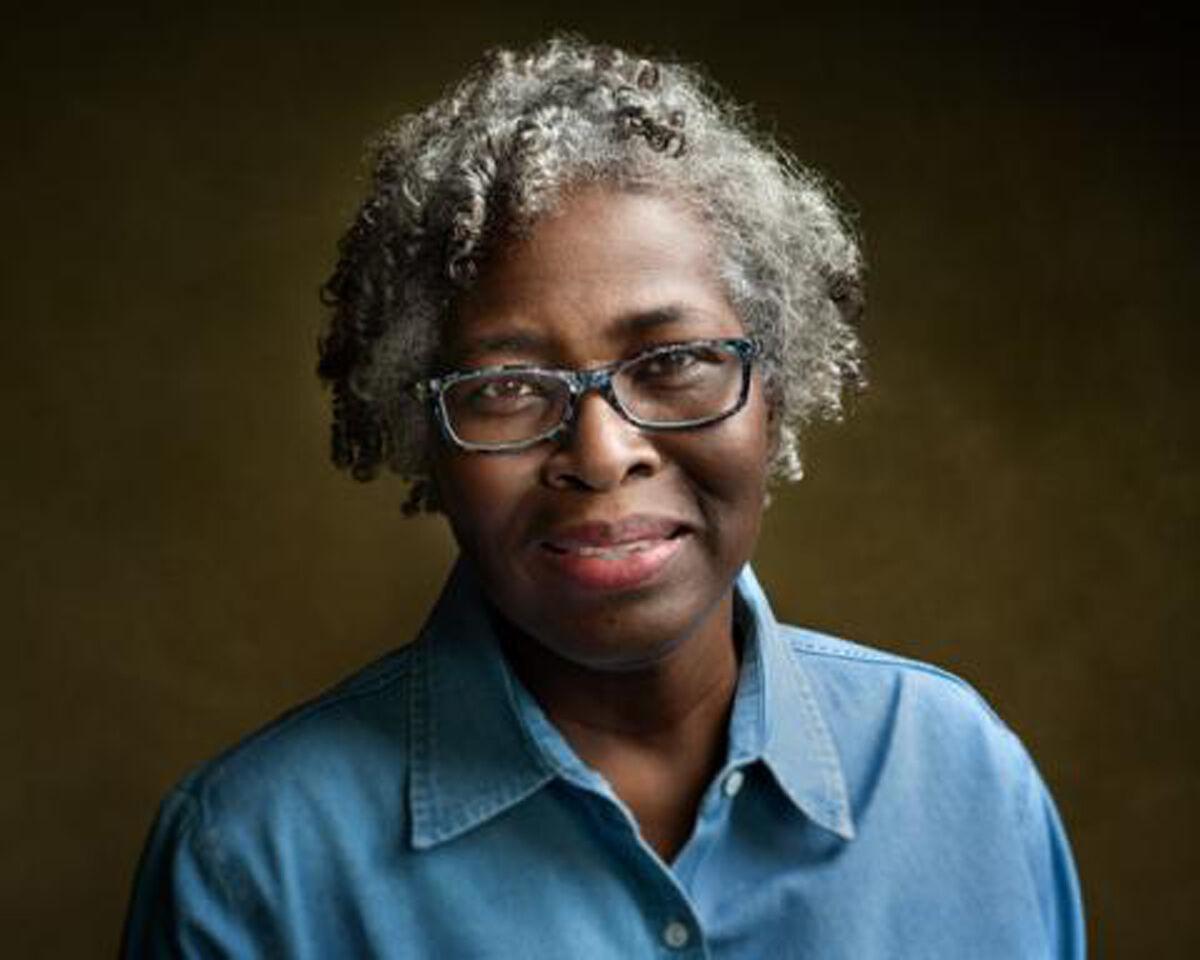 Though she retired from teaching in 2013, Dr. Phebe Hayes’ work is never done. As part of the Iberia African American Historical Society, she and the organization work together to educate the people of New Iberia on the history of African-Americans because the majority of that history is widely unknown. 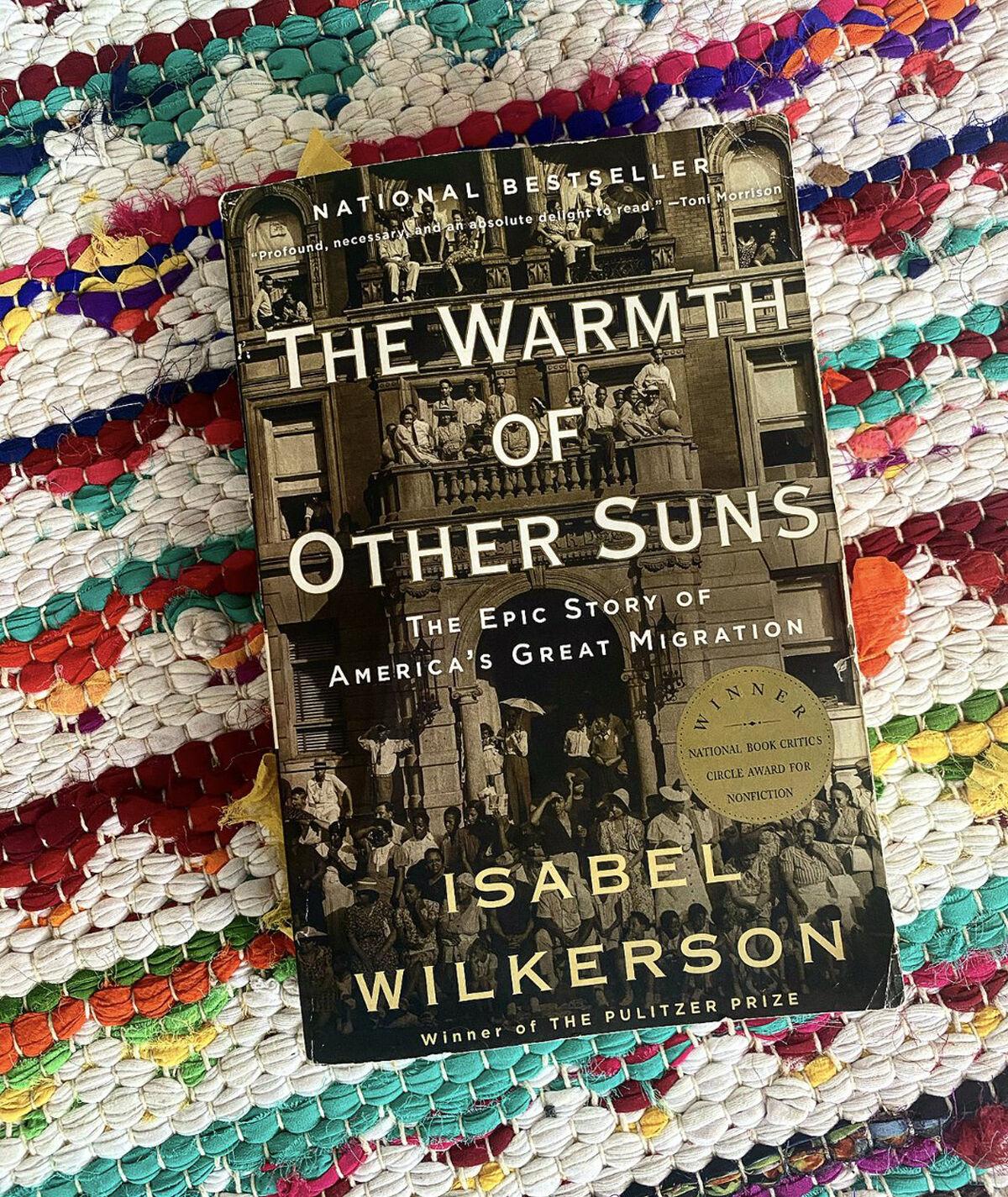 'The Warmth of Other Suns: The Epic Story of America’s Great Migration’ by Isabel Wilkerson is the first book that will be read Monday at the Iberia African American Historical Society’s monthly book. 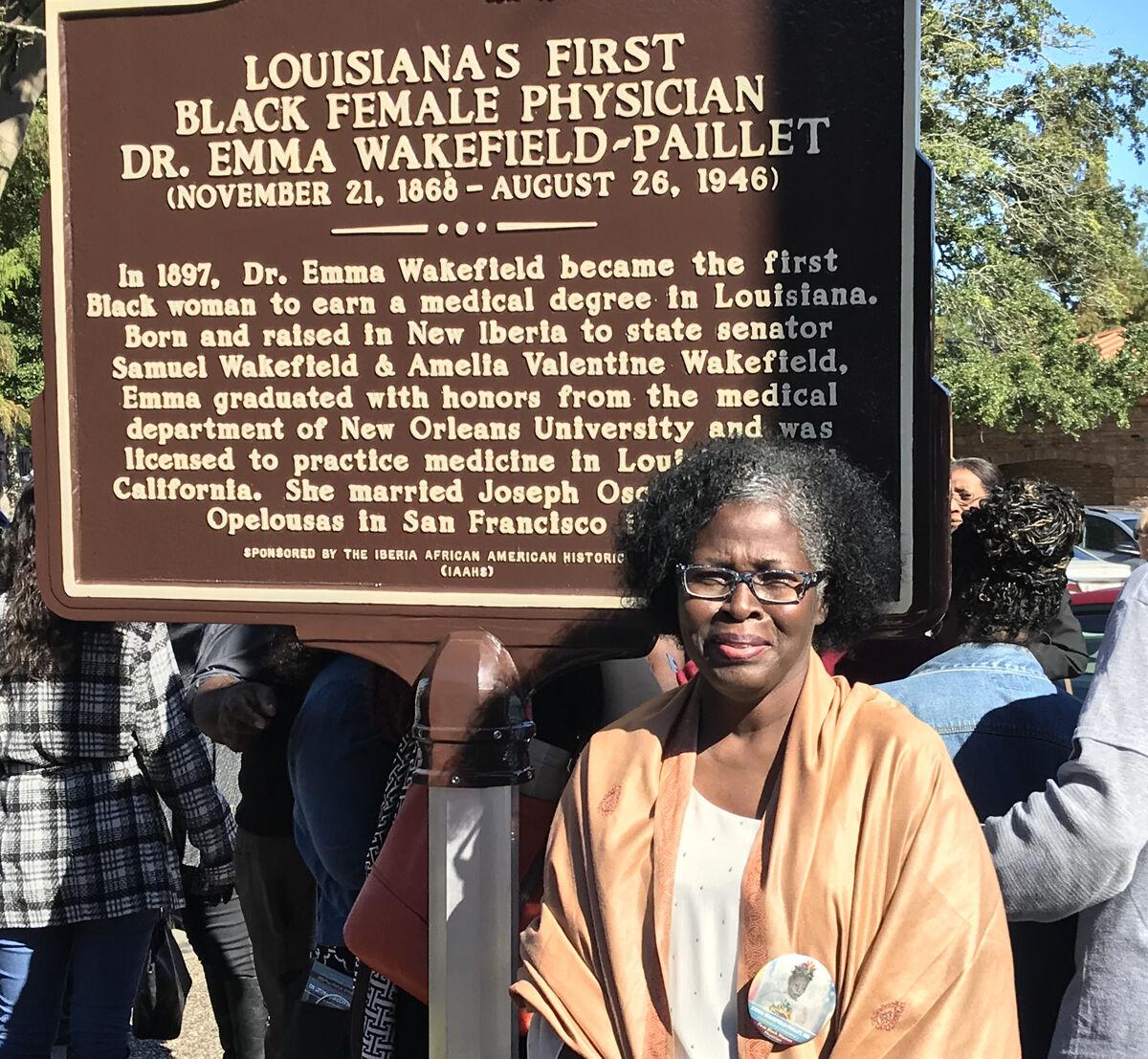 Dr. Phebe Hayes stands in front of the Dr. Emma Wakefield-Paillet plaque on Main Street in New Iberia. Wakefield is recognized as the first black woman to practice medicine in Louisiana but her contributions were unknown for decades. Hayes is part of the Iberia African American Historical Society, an organization aimed at educating residents of the Teche Area on the history of African-Americans. Hayes and the IAAHS are set to meet Monday for the group’s first book club as the IAAHS continues its mission.

After retiring from teaching and at the University of Louisiana at Lafayette in 2013, Dr. Phebe Hayes wanted to use her training and experiences to teach her community the history of African-Americans in New Iberia, much of which has been hidden or forgotten over the years.

Hayes, a native of New Iberia, created the IAAHS initiative, or the Iberian Arican-American Historical Society in 2017 to research, commemorate, and preserve the history of Iberia Parish African-Americans.

“It was also founded to educate the community about that history,” Hayes said.

Hayes and members of the IAAHS started a book club where they will discuss that history of African-Americans and their connection with the Teche Area.

The group’s first book club meeting is set for Monday from 6 to 7 p.m. via Zoom. Those interested can find more information on their website.

“The book club is part of what we offer as a service to the community to learn about the history of African-Americans in Iberia,” Hayes said.

The first book that will be discussed with members of the IAAHS is “The Warmth of Other Suns: The Epic Story of America’s Great Migration” by Isabel Wilkerson and the great migration.

“That’s when the largest migration of African-Americans in the country has occurred,” Hayes said. “When the Blacks left the south starting with the Civil War until actually, today.”

Hayes said that migration explains why so many African-Americans live in east Texas and Lake Charles, many of whom have Iberia Parish roots.

Because jobs at the time were only available to whites, according to Hayes, the African-American families were forced to leave the parish to work in refineries in east Texas and the Lake Charles areas, as well as areas to the east and west of the state.

“To the north, to the east, to the west, seeking a better promise and way of life to their families, and for the most part, they found it,” Hayes said.

The book club will not only talk about the story by Wilkerson, but the historical significance of that migration decades ago to the lives of Blacks in Iberia parish.

“The purpose of the book club is further educating the history of African-Americans in Iberia Parish,” Hayes said. “Experiences of Afrcian-Americans and helping people to understand.”

When talking about books, Hayes believes it’s a safer way to talk about issues like the great migration of African-Americans, and though it’s not widely discussed, it’s a concept that the IAAHS wants to talk about.

“Until we started our organization, so little was known about the history of African-Americans in Iberia Parish,” Hayes said.

Hayes said no decision has been made for which books will be planned for November and December, but IAAHS members are in talks with Matthew Knowles’ literary agent, who heard about the book club.

Knowles is a university professor, writer and music executive. He is also the father of Beyonce´ who is a child of the Great Migration through her mother, who has roots in New Iberia and a father from Alabama.

Hayes takes pride in talking about African-American history and wants to educate others.

“That’s a big part of my history and defining who I am,” Hayes said. “The residual effects of slavery still exist but my people from this area were politicians and public servants, they were veterans of the Civil Wars, they were minsters, they were teachers, physicians, and people didn’t know that.”

Hayes said when the book clubs meet on Monday, they want to remove all of the emotions while talking about the history and coming to an understanding. It’s something she’s been doing all of her life, teaching the history of African-Americans. But it’s not just about the book club for Hayes.

“I want to make my community stronger, and build those relationships within the community,” Hayes said. “And by teaching them about the history and helping them understand why certain things exist.”