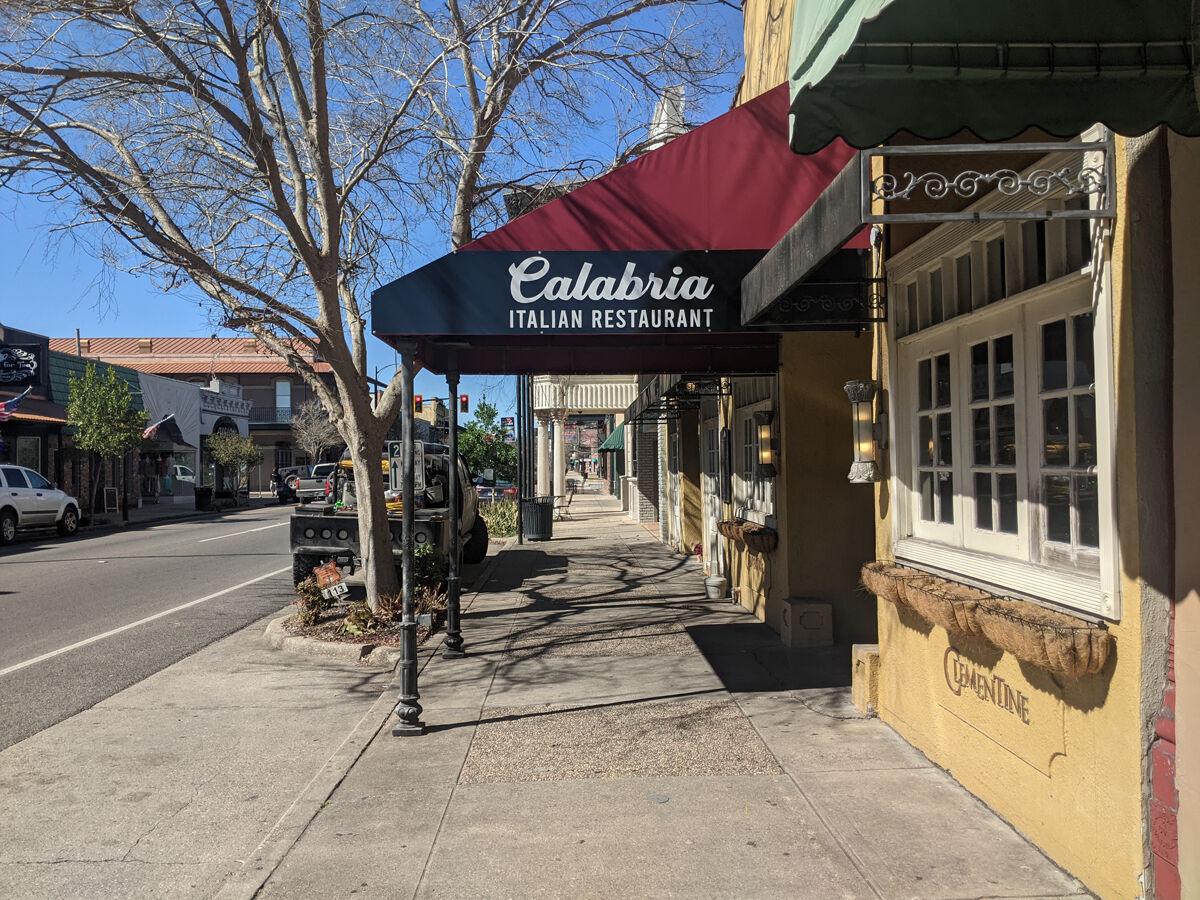 A Spot for Tea is advertising for new servers as COVID-19 restrictions begin to ease. The past year has been frustrating for restaurant owners like A SPot for Tea’s Dana Romero, who said business is down 50 percent from the previous year. 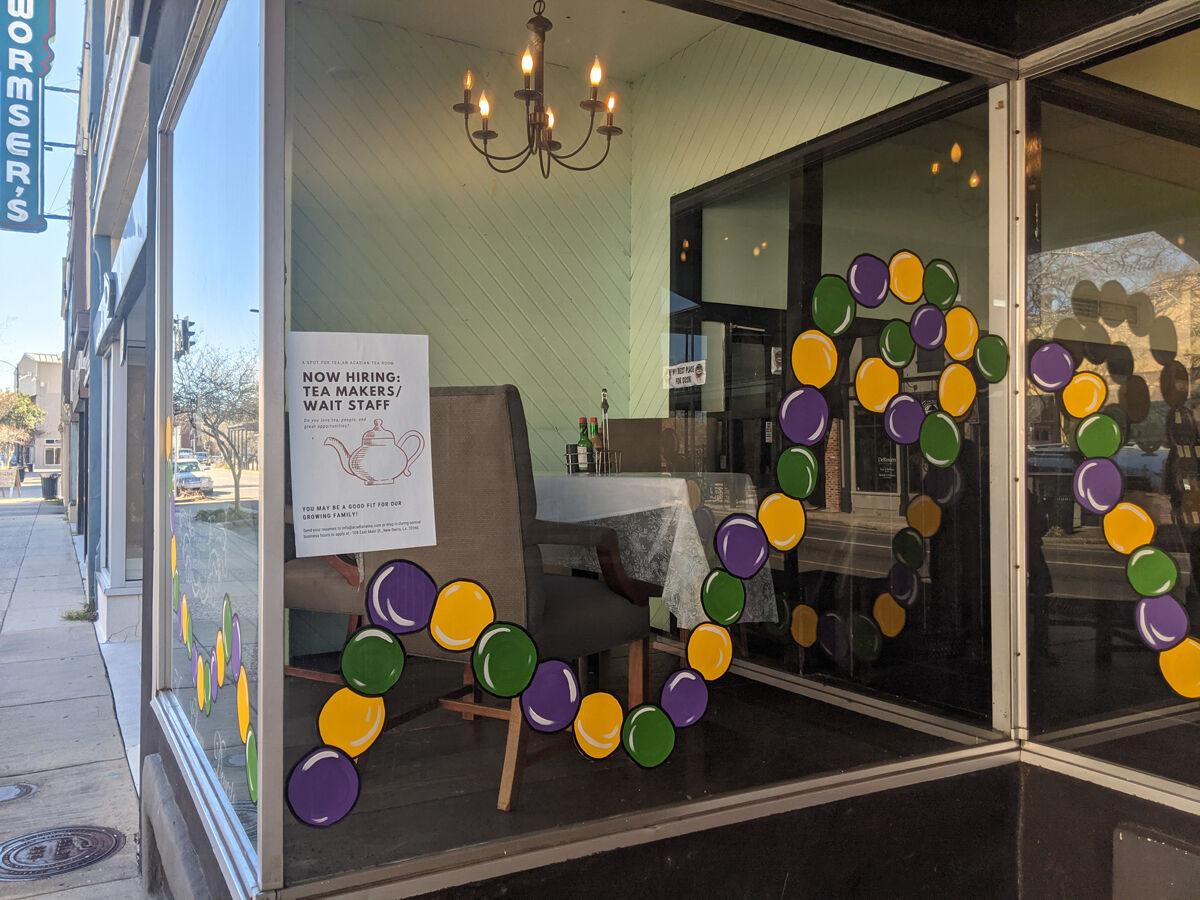 Business has been OK but not great for Calabria Italian Restaurant, which opened in New Iberia’s historic downtown in October, according to manager Nexh Nokshiqi.. 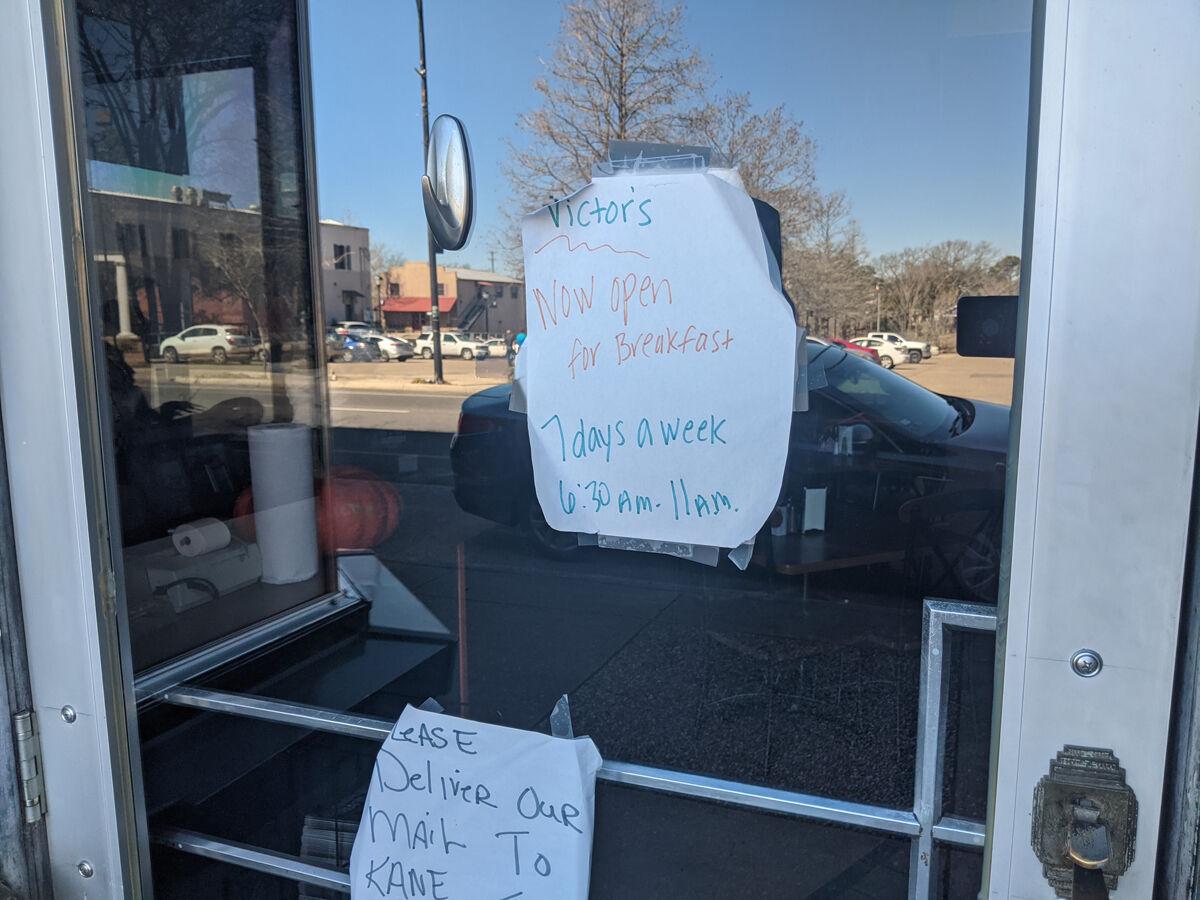 A Spot for Tea is advertising for new servers as COVID-19 restrictions begin to ease. The past year has been frustrating for restaurant owners like A SPot for Tea’s Dana Romero, who said business is down 50 percent from the previous year.

Business has been OK but not great for Calabria Italian Restaurant, which opened in New Iberia’s historic downtown in October, according to manager Nexh Nokshiqi..

As Iberia Parish closes in on a year since its first identified case of COVID-19, the restaurants in the downtown area are still hanging in there, hoping to keep on keeping on until restrictions are eased and normal dining-out patterns return.

In the meantime, owners are trying to find the right mix of service and safety, along with balancing expenses, as they look forward to the challenges of the coming year.

After 11 months of fighting with social distancing restrictions and the dining community’s fear of crowded spaces — exacerbated in the downtown area because of a lack of outdoor dining space — some restaurateurs are frustrated.

“It sucks,” said Dana Romero, who owns A Spot for Tea on Main Street. “Our business is down 50 percent, year over year.”

The timing of the pandemic shut down was especially rough for his business. Started with his family as staff, Romero had transitioned to paid employees before having to start finding ways to downsize after the first stay-at-home order was issued last March. From a high of seven employees, he has had to cut down to four. But he is hiring and is hoping the worst of the pandemic has passed.

“The day we had to shut down was the day of our Irish Wine Night,” he said. “We’re planning to do it again soon.”

The regular events, like wine and dessert nights and the regular Friday night trivia gathering, is part of what Romero said has helped the restaurant survive.

“We have some very dedicated, very loyal patrons,” Romero said.

Across the street at Calabria’s, an Italian eatery which opened in October, manager Nexh Nokshiqi said his business has been OK, but not great.

“We do a lot of to-go orders,” he said. “It’s a big part of our evening-time business.”

Although Calabria has only been open four months, good word of mouth has helped to buoy its business. The cold snap last week, however, has slowed things down.

“It’s been good, but since the beginning of the month it has been a little slow,” he said. “The fear of going out is still there. It keeps a small group of people who would usually dine out at home.”

The restaurant has seen a strong demand for its pizzas to go, along with other orders from its menu. But, like Romero, Nokshiqi is concerned about retraining the dining public after the pandemic ebbs.

“It’s been almost a year,” he said. “A lot of people try not to eat out. Overcoming that is going to be a big part of it.”

The former tenant at Calabria’s location, Preservation, moved early last summer, during the second shutdown, but eased its expenses when it co-located into the space it shares with Beau Soleil, farther down Main Street.

“We are just winging it,” said Heather Gardner, one of the restaurant’s managers. “We are praying a lot lately that, hopefully, we will get to a new normal. We know it will not go back to the old way.”

In addition to lowering expenses, Preservation gained a major asset due to the relocation — access to the large patio area on the back portion of the restaurant’s property.

“We are able to have live music,” Gardner said. “Beau Solieil had this huge back patio. So people can spread out and do the socially distanced thing. That is what is getting us through this time. I feel awful for some of the other places that don’t have that kind of space.”

She also emphasized that the staff members go out of their way to follow CDC guidelines, masking and sanitizing as they go through the day.

“The best thing we are doing is making sure all our customers know we are safe, and that they are safe,” Gardner said. “We have people come in who do not take it as seriously, saying ‘Oh, you don’t have to bother with masks,’ but we tell them that it is for their safety and the other customers.”

The response to the steps taken have produced positive results.

“We have had people comment on Facebook that they notice the steps we are taking,” Gardner said.

Unlike other places, she said the take-out traffic has not been as big as they expected.

“We have a few customers, but not too too much,” Gardner said. “People comment that they feel like we’re a more sit-down kind of restaurant. But for those who want to order, I tell them I’ll bring it outside to their car if they want. We’re doing anything and everything to make people feel comfortable.”