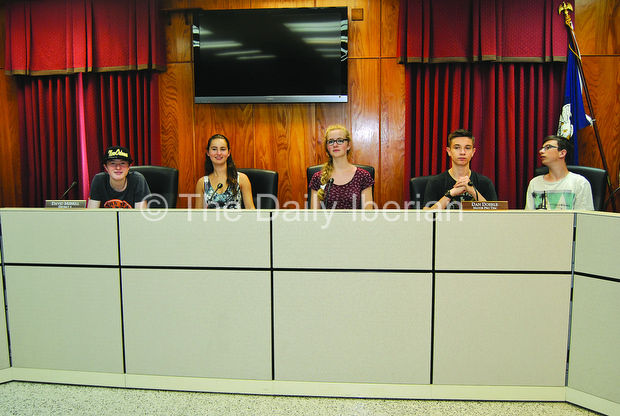 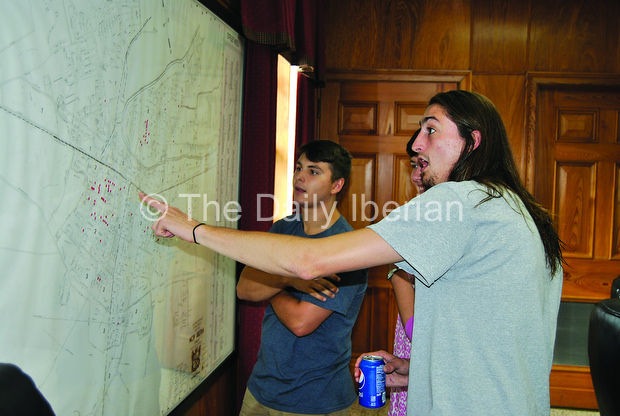 J.T. Gibson, left, and Christian Alleman look at a map of the city of New Iberia.

J.T. Gibson, left, and Christian Alleman look at a map of the city of New Iberia.

Five Belgian students have been getting a crash course about New Iberia through an exchange program that will last another week.

The five young men and women hail from Woluwe-Saint-Lambert, Belgium, which is also New Iberia’s sister city. The program aims to transfer students to the United States for fun as well as a learning experience.

Chaperone for the students Paulien Detailleur said the exchange used to go both ways but New Iberia has not had participating students for some time.

“Every year we have kids from Belgium who come here, but it hasn’t happened the other way in a while,” Detailleur said.

New Iberia native J.T. Gibson took several of the Belgians under his roof after being asked to do so. Gibson had previously been a part of the program as well and saw the opportunity as a pleasant surprise.

“It’s been great. It’s something I never would have thought I’d do but I love it,” Gibson said.

The five students included Morgane Blesin, 17, Jules Belin, 17, Simon Dallemagne, 17 Logan Woodward, 15, and Flore Clerbaux, 17. Facilitator for the project Ebrar Reaux said the group would head to Evangeline Downs Racetrack in Opelousas on Friday to celebrate Clerbaux’s 18th birthday because of her love of horses.

Reaux said the students were brushing up on their English while in the country, but the clear look of fascination and excitement rang past language barriers.

Gibson, Detailleur and the other facilitators of the project showed them more than just New Iberia. The group had already been to New Orleans during the weekend and plans to go to Baton Rouge later this week, Gibson said.

Wednesday was a bit more formal when the group arrived at the New Iberia’s City Council chambers at City Hall. The group curiously glanced at pictures of past city mayors and maps of New Iberia. Reaux noted to the group an ornament of their hometown Woluwe-Saint-Lambert, Belgium.

The group even got a mayoral visit when Mayor Hilda Curry greeted them, offering cookies while City Councilman Calvin Begnaud chatted with them briefly.

The students will head back home on July 23.