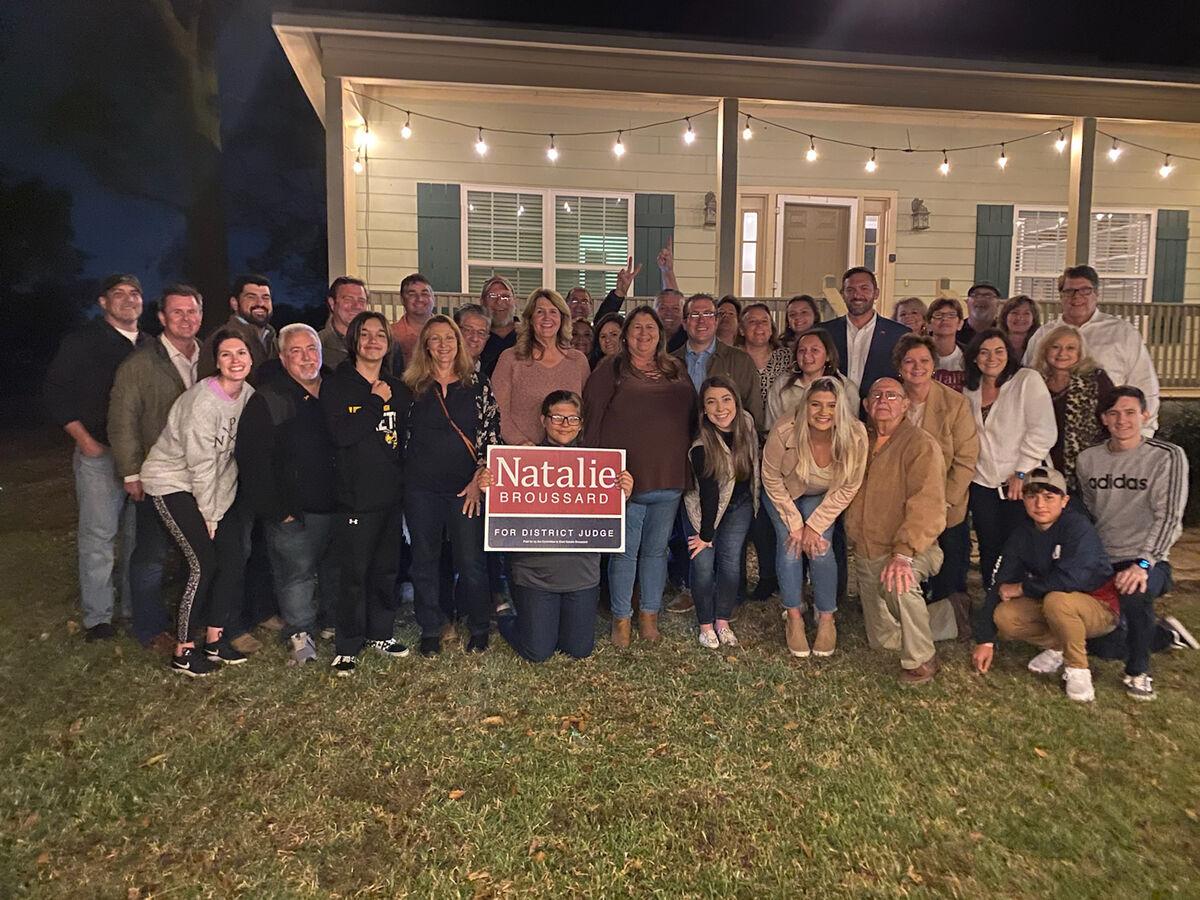 Natalie Broussard celebrates getting into a runoff for the Division F judge’s race in the 16th Judicial District as supporters gather around her Tuesday. 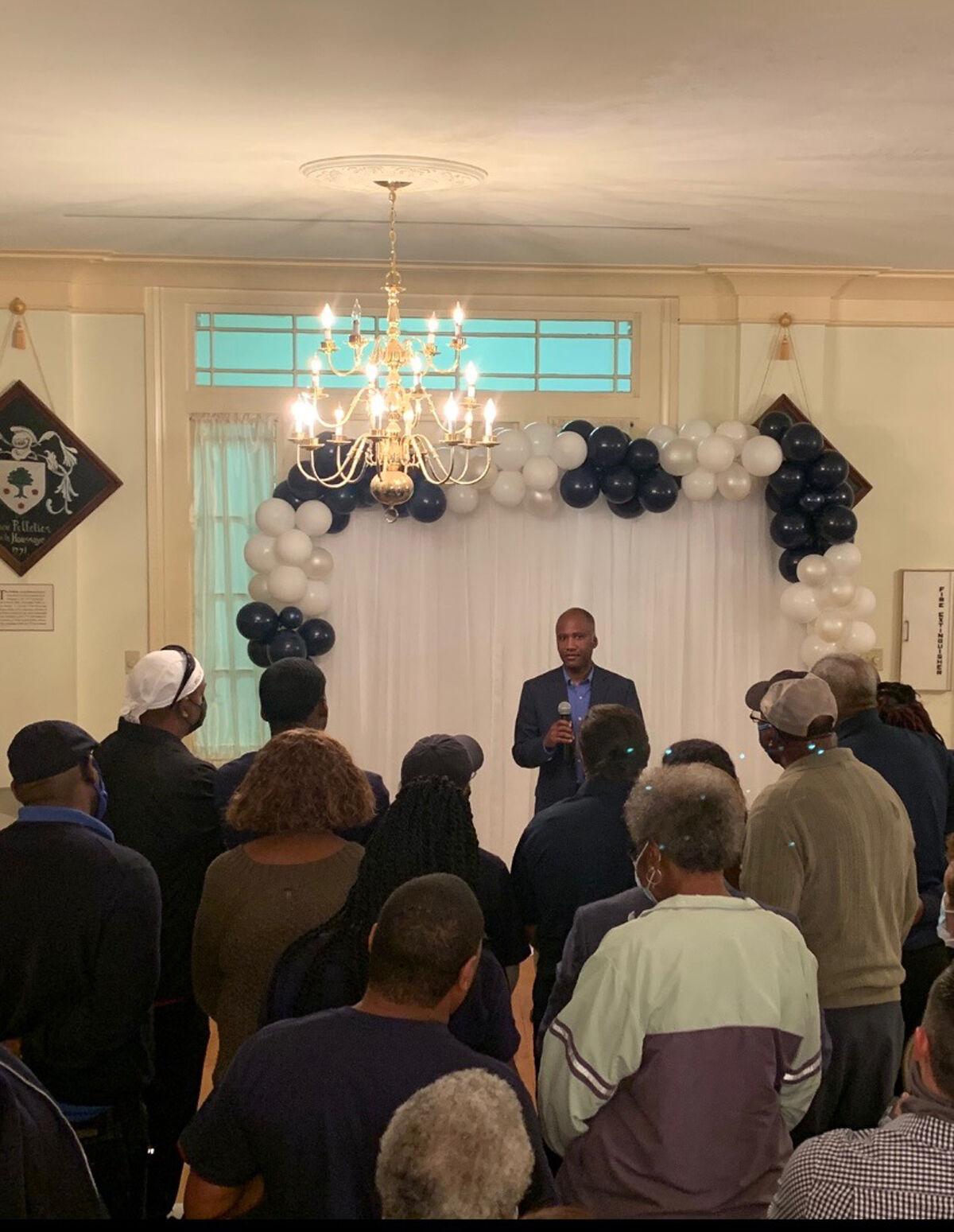 Roger Hamilton speaks to supporters Tuesday after getting into a runoff for the Division H judge’s race in the 16th Judicial District.

Natalie Broussard celebrates getting into a runoff for the Division F judge’s race in the 16th Judicial District as supporters gather around her Tuesday.

Roger Hamilton speaks to supporters Tuesday after getting into a runoff for the Division H judge’s race in the 16th Judicial District.

Two races for seats on the 16th Judicial District Court bench will remain unresolved until a runoff election can be held next month, according to early returns from Tuesday night.

In the Division F race, which pitted New Iberia attorney Natalie Broussard, 16th JDC Assistant District Attorney Tony Saleme and St. Martinville attorney Keith Thibodeaux in a three-way race, Broussard and Saleme came out holding on to the wishbone in a fairly close race. Broussard was leading with 140 of 141 precincts reporting with 38 percent of the vote to Saleme’s 32 percent and Thibodeaux’s 30 percent showing.

“We have worked very hard,” Broussard said from her celebration party Tuesday night. “I’m very proud of my campaign workers and the support from volunteers. We’re ready to finish this strong.”

“We were almost there, but we couldn’t cross the finish line,” Hamilton said from his gathering at the old Post Office building in downtown St. Martinville. “I’m feeling good about the run off. As of yesterday, we still had money in the campaign, we are still receiving funds from the committee, and we still have donors contributing to the campaign. People still believe I’m the person that they want to see as their judge.”

The candidates in the two run off races — Broussard and Saleme in Division F and Hamilton and Butler in Division H — will face each other again at the polls on Dec. 5.

Duhé holds off challenge from Landry for DA

Before qualifying opened this summer, the race for district attorney in the 16th Judicial District Court was supposed to be a cakewalk for incumbent Bofill “Bo” Duhé.

Then Lori Landry retired from her seat on the court and, within days, announced her bid for the office.

Landry also had her beginnings in the 16th JDC District Attorney’s Office, serving as a prosecutor before running for judge in 2002.

Duhé has served in the 16th JDC District Attorney’s Office since 1993. He was elected to the district attorney position in 2015, after the retirement of former District Attorney Phil Haney.

Prior to earning his law degree from Tulane, he had earned a general business degree from the University of Louisiana at Lafayette and served as a special assets officer for two savings and loans in Lafayette.

On Tuesday night, though, Duhé was effusive in his praise for the staff and attorneys that comprise his office.

“I’m very humbled over the support I’ve received,” Duhé said from his victory celebration at the Cane Row Golf Club off Darby Lane. “I’m looking forward to serving the residents of the 16th JDC to protect the victims of crime and to protect the families we serve.”

He also said that just because he won re-election it doesn’t mean he can stopp seeking improvement in the way his office works.

“I’m open to changes on how to do the job,” he said. “It’s not about me. It’s about my staff and how hard we work. We try to be proactive in what we do and see that justice is done for the community.”