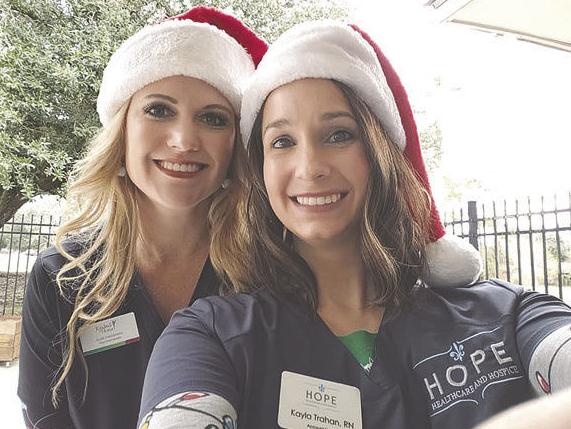 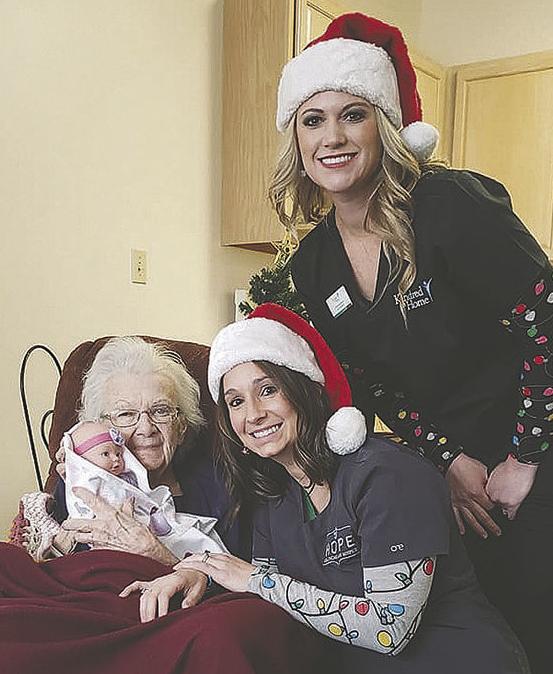 Organizers present therapy dolls to local elderly with Alzheimer’s. Organizer Kayla Trahan said the dolls help with stress and anxiety for those with the disease.

Organizers present therapy dolls to local elderly with Alzheimer’s. Organizer Kayla Trahan said the dolls help with stress and anxiety for those with the disease.

A group of people linked closely to taking care of the elderly in Iberia Parish made a special effort this year to provide therapy dolls to Alzheimer’s patients living in nursing and assisted living facilities across the parish.

The idea initially came from Kayla Trahan, an account liaison with HOPE Healthcare and Hospice, who had recently struggled in her personal life when she lost her grandmother to Alzheimer’s.

“The holidays have been tough, and I wanted to give back,” Trahan said Monday. “I work with HOPE Healthcare and Hospice and they supported me, and I got together with my friends in my community. Basically we linked arms and we made this happen.”

The doll therapy events took place Wednesday and Thursday of last week, with organizers that included Alise Frederick of Kindred at Home, Debra Savoie with Home Instead Senior Care and Jessica King with Oceans Healthcare.

Trahan said she chose therapy dolls to present to the patients because they can provide a sense of calm for when they get anxious or stressed.

“We had dolls for the females and males,” Trahan said. “We chose dolls because it actually helps calm them down when they get stressed or anxiety when they start to wander. It also helps the caregiver.”

The response from those patients, Trahan said, was a sight to behold.

“Their response was amazing, they were very receptive and it was very heartwarming,” Trahan said. “The patients that were nonverbal responded, they took the doll like they wanted to hold it. You can tell it comforted them. The verbal patients, their responses were incredible too.”

The companies budgeted for more than 100 dolls, and a handful of sponsored organizations also assisted with purchasing the toys as well.

At every stop, Trahan said organizers wrapped the dolls and handed them to the patients “like a newborn baby.”

“We explained that we had a special gift for them and wanted them to take care of it,” Trahan said. “A lot of the verbal patients gave names to them, they took pride instantly.”

“The facilities absolutely loved the idea and the patients were so excited and surprised to get those dolls,” Frederick said. “It was so heartwarming to watch.”

Trahan called this year’s effort a trial run, and the group may be looking to expand for the holidays next year.