A subscription is required after exceeding complementary (3) content limit.
You are the owner of this article.
Edit Article Add New Article
Welcome, Guest 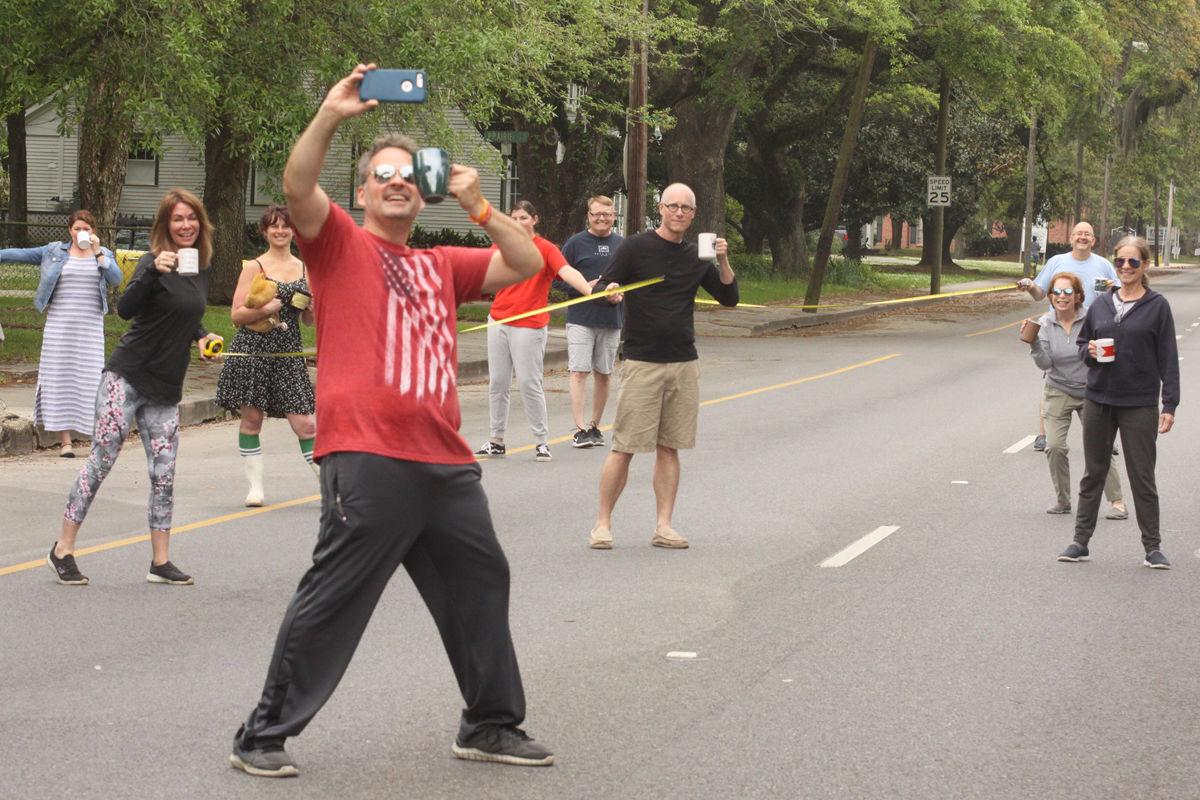 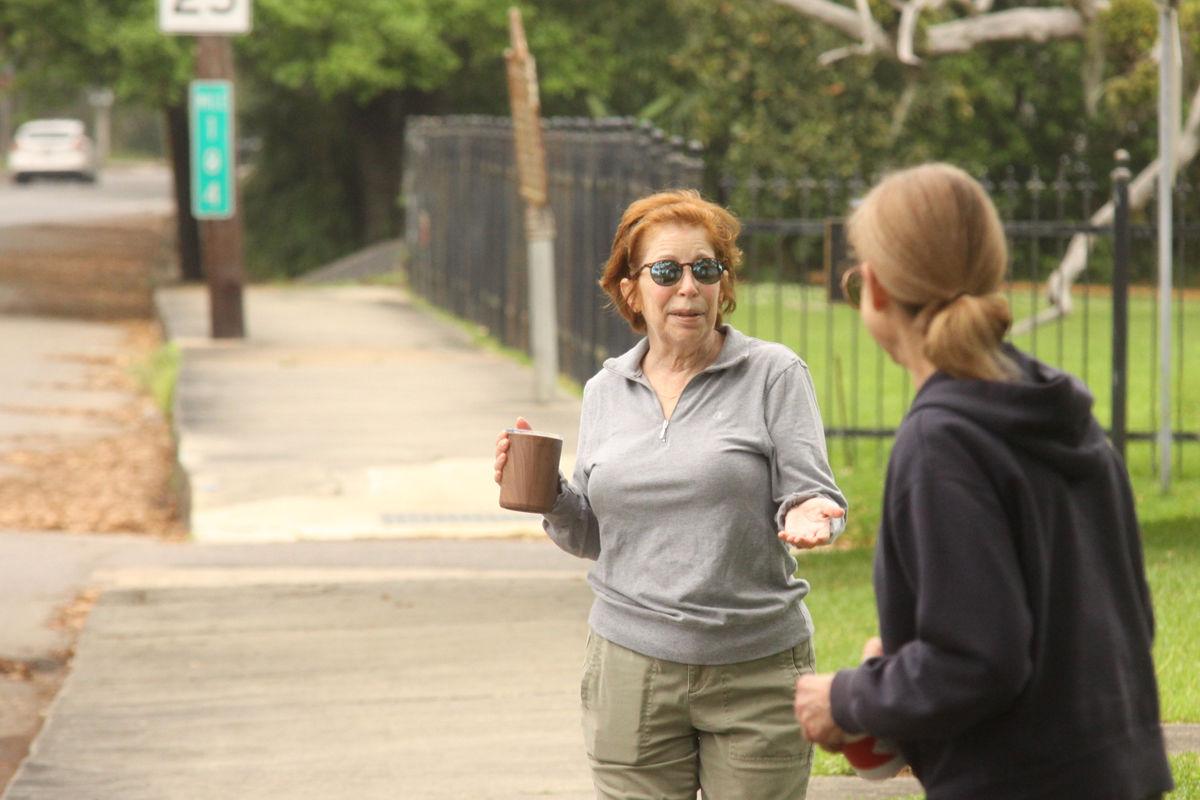 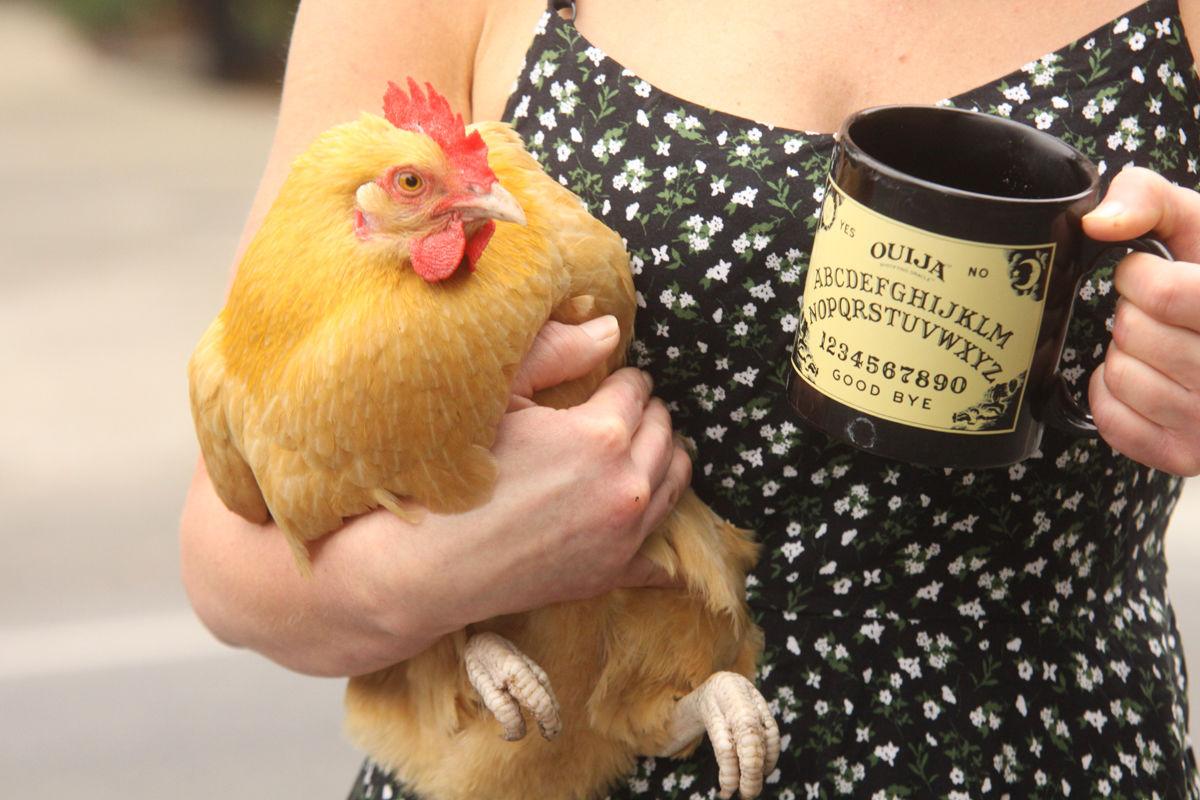 Even the household animals got into the act Sunday morning during a “Social Distance Appropriate Coffee” on Main Street.

Even the household animals got into the act Sunday morning during a “Social Distance Appropriate Coffee” on Main Street.

Human beings are, for the most part, social animals. So telling millions of people to stay at home without any public contact could be seen as a constraint on everyday life.

Even before the state’s stay at home order came into being, the neighbors along part of New iberia’s Main Street embraced the rules of social distancing and, instead of seeing them as limits, embraced the new guidelines.

On Sunday morning, neighbors came out of their homes with their coffee cups, trading greetings and being sure to stay at least six feet away from any other people. Some remained on their porches, watching the gathering as it moved up and down the street.

A few residents brought their tape measures with them to insure the six-foot radius was kept.

“Is that six feet?” Lisa Duhé Lourd asked Paul Schexnayder, who was holding the other end of the measuring tape.

It wasn’t all fun and games. The outing also gave neighbors a chance to catch up, trading news on family and friends as the coronavirus pandemic’s foothold in the state grew.

One resident, Karen Alvarez, said her mother was one of the people quarantined at Lambeth House in New Orleans, the center of a COVID-19 cluster that has claimed nine lives.

“She is doing ok,” Alvarez said. “She likes to take care of herself, did her own finances and checking. But she needed help sometimes.”

Carol English, another local, started related her story of teaching online during the school shutdown after having retired from teaching a year earlier.

“You ought to keep teaching online,” Julie DesOrmeaux Rosenzweig said.

The coffee was a great way to start out the day, but the afternoon brought the neighborhood’s “Front Porch Bingo,” where players cajoled and chatted with each other from their front porches over a video app while tracking their bingo cards. Schexnayder served as the caller for the game, keeping it moving along as well as he could.

Eventually, Lisa Duhé Lourd won the game, just after Gov. John Bel Edwards announced that he was issuing a stay-at-home order for the state’s residents.

BATON ROUGE — Gov. John Bel Edwards is requesting a major disaster declaration for Louisiana as the number of cases of COVID-19 grows.