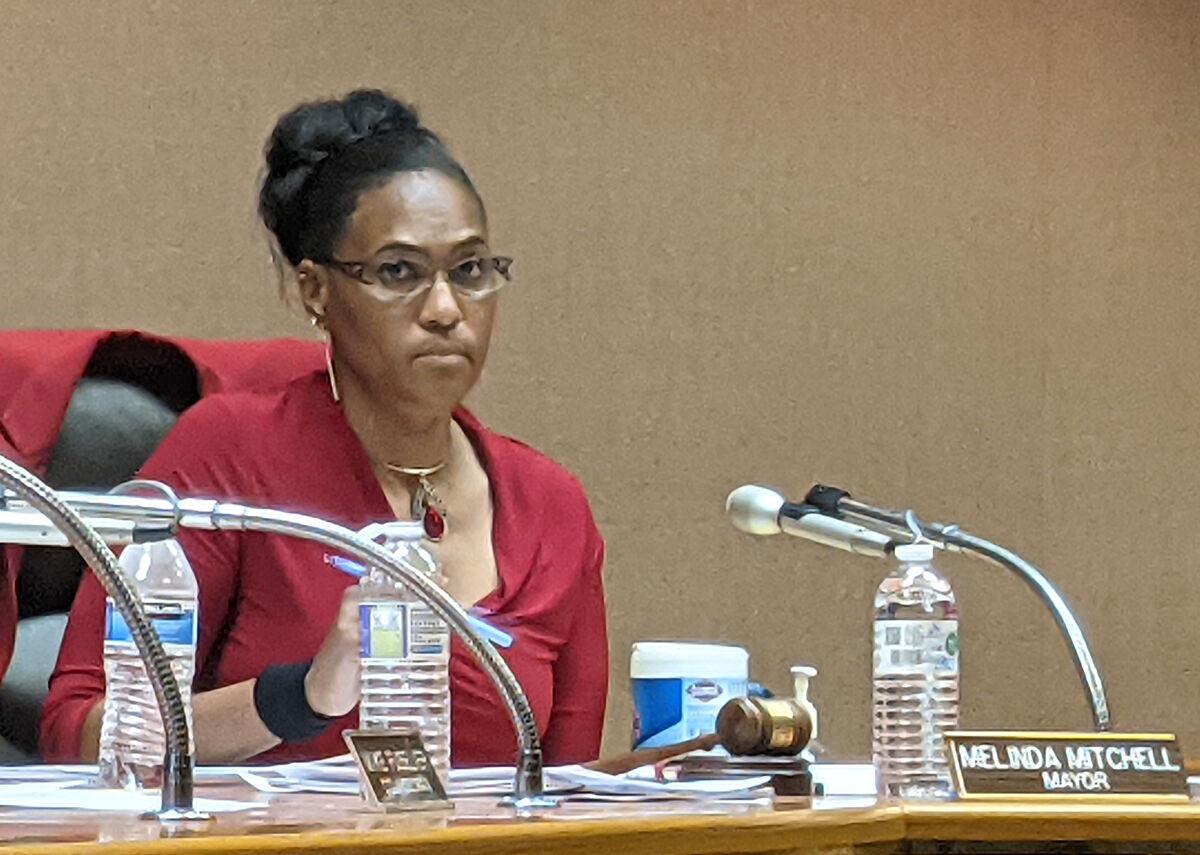 St. Martinville Mayor Melinda Mitchell said at the city council meeting that a delay in raising utility rates was not her fault. 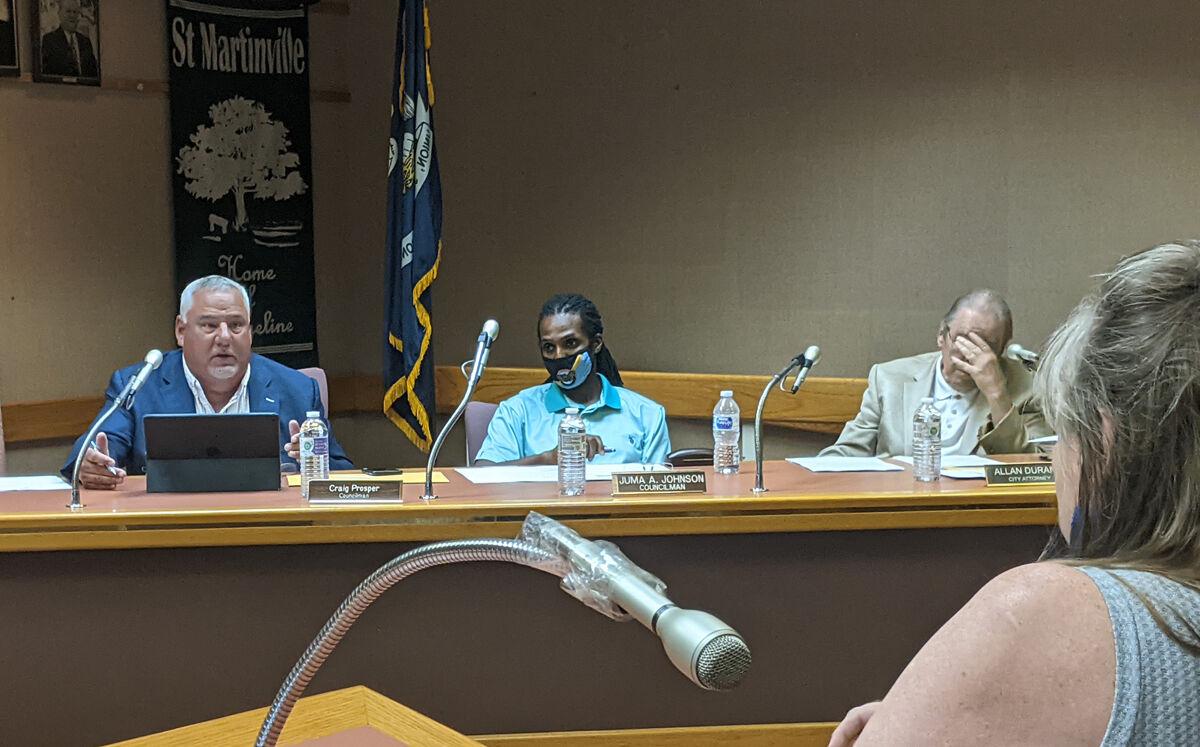 St. Martinville Mayor Melinda Mitchell said at the city council meeting that a delay in raising utility rates was not her fault.

As the city of St. Martinville approaches the end of its fiscal year on June 30, members of the city council and the administration are scrambling to bring the city’s financial ship back on an even keel, with each side taking pot shots at the other over an anticipated $500,000 shortfall.

Under Louisiana law, the city has to have its budget-to-actual numbers within 5 percent by the end of the fiscal year or face additional findings in its audit.

“The auditors are concerned,” said Chief Administrative Officer Avis Gutekunst. “The law requires that we have a balanced budget, and right now we do not. We’ve got to do something. Now.”

Members of the staff from Kolder and Associates, the city’s auditor, have been on site in the last month to do as much damage control as possible before the fiscal year runs out.

“The budget-to-actuals are as close as they can get them,” Gutekunst said. “All accounts are balanced except one.”

Mayor Pro Tem Craig Prosper said he had spoken with Burton Kolder, who laid out three options for the city.

“The first option is to increase the budget, which we do not want to do,” Prosper said. “Second, we can decrease spending, but we have had no direction on that from the administration. Or third, we can do a little bit of both, which is what I think we are going to end up with.”

Prosper has pointed to the year-long delay in implementing hikes in utility rates as a large part of the shortfall. The rate increases were held up last spring after Mayor Melinda Mitchell made a political issue of the process, saying she had not been part of the decision. She then asked for time to have representatives of the Rural Water Association study the city’s rates and make a recommendation.

The rates finally took effect on the May 2021 utility bills, but far too late to count toward the 2020-2021 budget, which had factored in those increases.

Mitchell, however, said the delay was not her fault.

“You’re not going to sit here and put this on me,” she said. “I asked for help and no one wanted to. It did take time, but it finally went through.”

Prosper also said that part of the issue was an exorbitant amount of overtime used for call-outs for sewer service, something that Prosper said other municipalities do not do.

District 5 Councilman Edmond Joseph, on the other hand, said that the city has too many expensive employees hired in the last year, on which he blames the cash hemorrhage.

The council asked the administration to have its department heads provide suggested cuts and cost saving measures to be presented to the council next week. The city council will hold its budget hearing on June 21.

“If not we’ll cut across the board,” Prosper said. “We did that before. We’ll start cutting salaries. The mayor and council took pay cuts last time.”

On the other side of the council, District 4 Councilman Juma Johnson questioned where the city’s revenue went.

“But Mr. Johnson, I have to go by the paper budget that you passed,” said Gutekunst. “That is what I have to use.”

Joseph asked why the city was still in arrears on its payments to Republic Waste Services. According to Joseph, the city owes approximately $100,000 to the company in past due payments.

In other business, the St. Martinville City Council:

• Authorized the signing of a contract with American Municipal Services to collect delinquent utility payments.

• Directed City Legal Counsel Allan Durand to explore whether or not the city could legally spend money to improve infrastructure at Evangeline Mobile Home Park.

• Changed the hours of the citywide curfew for minors to 9 p.m. to 6 a.m. Sunday through Thursday and 10 p.m. to 6 a.m on Friday and Saturday.