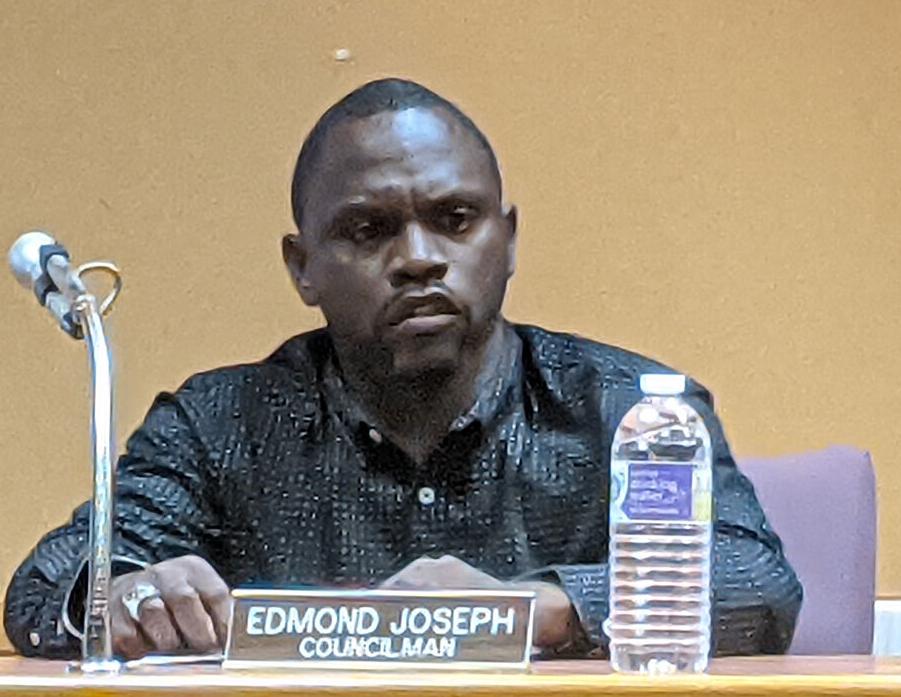 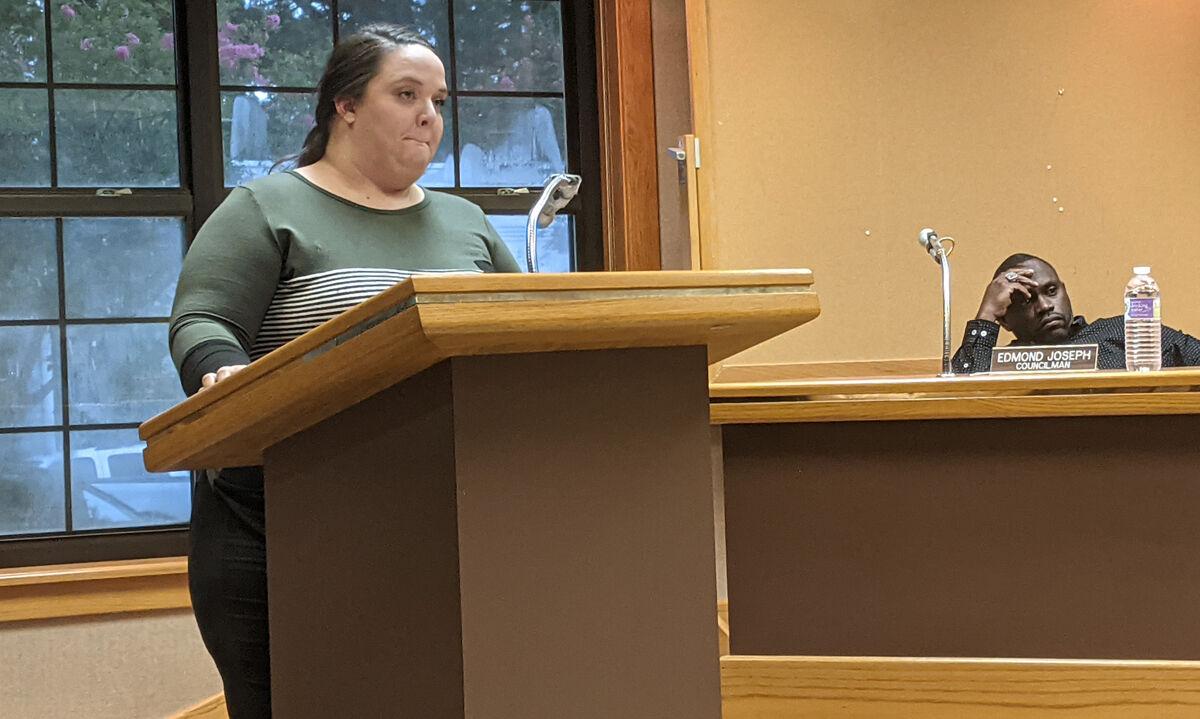 St. Martinville finance office employee Allison Wilson delivered a blistering attack on CFO Avis Gutekunst, saying she had been ‘targeted’ by the department head. After Mayor Pro Tem Craig Prosper said Wilson that she had lied about deleting files from Gutekunst’s computer, Wilson tendered her resignation. 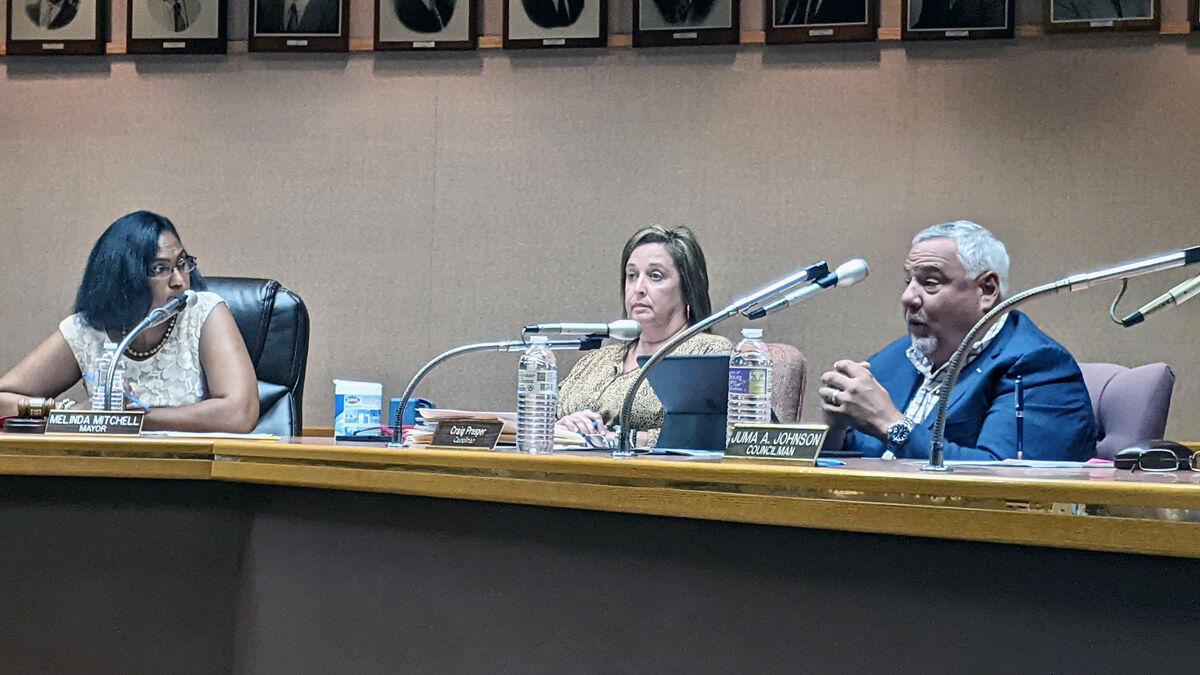 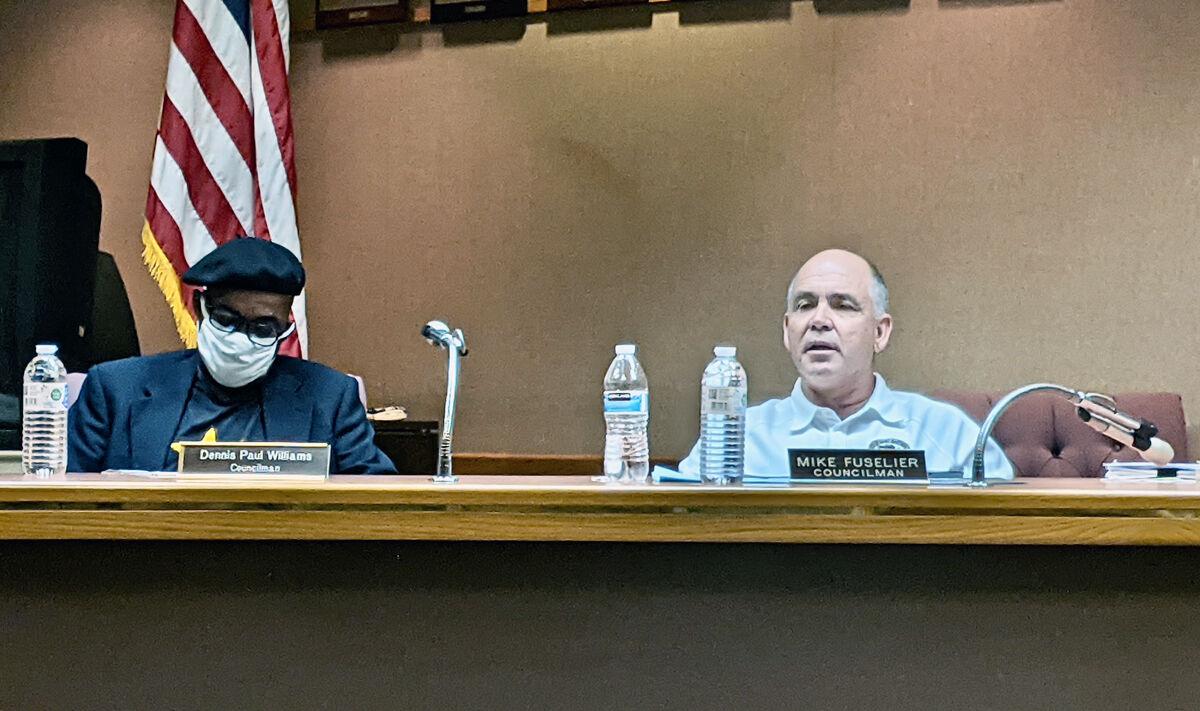 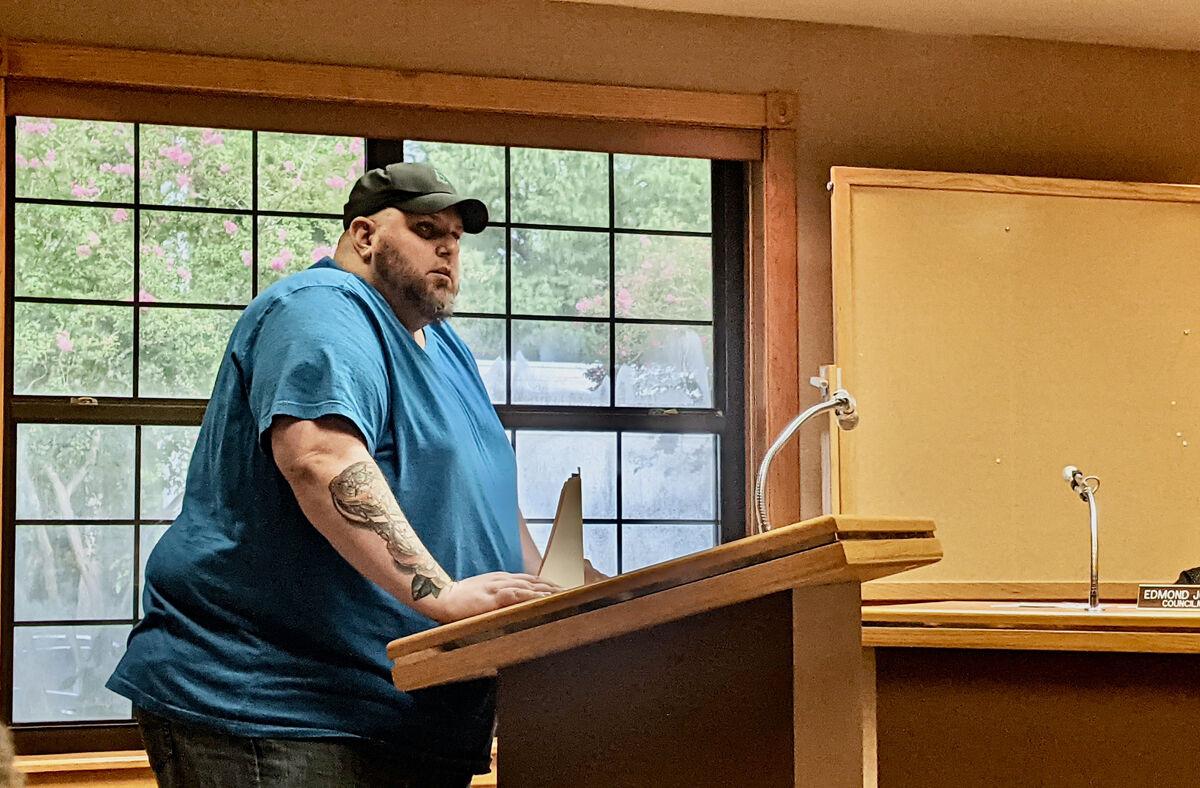 Vendor Kelly Trahan asked the city for payment on invoices he submitted in December, some dating back to 2014, for computer work done for the city.

St. Martinville finance office employee Allison Wilson delivered a blistering attack on CFO Avis Gutekunst, saying she had been ‘targeted’ by the department head. After Mayor Pro Tem Craig Prosper said Wilson that she had lied about deleting files from Gutekunst’s computer, Wilson tendered her resignation.

Vendor Kelly Trahan asked the city for payment on invoices he submitted in December, some dating back to 2014, for computer work done for the city.

ST. MARTINVILLE — Just when you think city council meetings in St. Martinville could not become any more bizarre or dysfunctional, life conspires to prove you wrong.

Monday night’s St. Martinville City Council meeting was marred by loud accusations of racism, marked by efforts to target and eliminate city employees, and notable for its lack of resolution for the massive financial and operational issues facing the administration of Mayor Melinda Mitchell.

It was also notable for the resignation of Public Works Maintenance Supervisor Brian Touchet and a call from Mitchell for the firing of Chief Administrative Officer Avis Gutekunst.

The accusations of racism came from District 5 Councilman Edmond Joseph after District 1 Councilman Mike Fuselier asked for a discussion of the state of the city’s swimming pool. Fuselier said he was not aware that the pool had not opened as scheduled last month until he passed by last week and saw it was covered in algae and obviously not in use.

“We are paying a pool manager and lifeguards, but we don’t have a pool,” Fuselier said. “How can that make sense when we are trying to save money?”

It was then that Joseph not only accused Fuselier of “playing,” but then yelled at him that the only reason he cared about the pool expense was because “we gave the job (of pool manager) to a Black woman.”

The current pool manager, Gwen Lewis, had been hired on Mitchell’s recommendation although she admitted she did not know anything about the pool operation. She also manages the 10 lifeguards that work at the pool. Another employee who had been testing and maintaining the pool left on May 17, but was not replaced.

“We have paid more than $7,000 in salaries for a pool that has not opened for a day,” Fuselier said. “That’s what we should be upset about.”

Mitchell, who is acting as de facto Parks and Recreation supervisor since the departure of Glenda Kately in 2019, said she had sent an email about finding a new person to operate the pool. She also said that Public Works might be able to handle the duties.

“I just cut our staff down to 29 people,” Touchet said. “I am not taking responsibility for the swimming pool too.”

The pool had been scheduled to open on June 19, but that never occurred.

“We will not be open at all for this season,” Mayor Pro Tem Craig Prosper said.

Later, while a portion of the council was still in executive session, Fuselier shook his head over the outburst from Joseph.

“I wish I could just get through a meeting without being accused of being a racist,” Fuselier said.

The council also heard from two members of the public, one a vendor and one a city employee, who raised issues with Gutekunst.

One, Kelly Trahan, was seeking payment for invoices, some dating back to 2014, that he submitted in December for computer work done for the city. When Gutekunst said that many of the older invoices would not be honored, and that others required additional documentation, Trahan tried to get some of the records signed and created after the fact.

After corresponding with Mitchell, who said his invoices would be paid, he became frustrated — and violently vulgar — in his dealings with Gutekunst.

The council determined, after an opinion from City Legal Counsel Allan Durand, that it would be liable for about $2,600 of the past billing. When deciding on a resolution to pay the accounts, however, Gutekunst asked Mitchell how the check should be paid.

“Do we have the funds?” Mitchell asked.

“I don’t know,” Gutekunst said. “Where do you want to pay it from?”

Eventually it was decided that, after a reconciliation of the accounts on Wednesday, a decision would be reached on the payment.

The other presentation was from Allison Wilson, an employee in the finance office who was there for a personnel issue.

Prior to the meeting, Wilson had spent several hours with Mitchell, preparing her statement. Rather than go into executive session, Wilson chose to remain in public, where she delivered a blistering attack on Gutekunst, claiming that she had been “targeted.”

The personnel issue that she was brought up on was having gone into Gutekunst’s office and deleted files from the chief administrative officer’s computer. The files contained copies of Wilson’s browser history, captured after Gutekunst had counseled her for her work productivity.

When Wilson finished, Prosper reminded her that in her first conversation with him she had lied, denying she had done anything wrong — until learning that a camera placed her at Gutekunst’s desk when the files were deleted.

“This is a very serious charge, and you’ve admitted to it,” Prosper said. “If we refer this to the police, it may not go well.”

Rather than continue, Wilson tendered her resignation.

The council also heard from numerous employees who said they would make a one-to-one swap of holidays to allow recognition of Juneteenth, but would not accept the two-for one swap that Prosper had offered Mitchell.

“We have 14 recognized holidays,” Prosper said. “No one gets 14 holidays. Every time we have a holiday, it costs the city money that we don’t have.”

In the last act of the evening, Touchet had asked that an executive session be added to the agenda, but Durand said that the public meeting rules would not allow for it.

“I didn’t want to do it in open meeting because I don’t want to be part of the clown show,” Touchet later said that the events of the last few months, including fighting Mitchell, Johnson and Joseph on every decision, made up his mind for him.

Touchet has faced a lot of the same attacks as Gutekunst, with members of the public — most notably and memorably the late Mark Brignac — arguing in public meetings over issues after long consultations with Mitchell.

“We’ve got targets on our backs,” Touceht said.

The last straw for him, he said, was when he began hearing that Mitchell, Joseph and Johnson had told employees who were cut in the latest budget that Touchet had personally pushed for their removal.

“I just can’t take the lies anymore,” Touchet said. “I am not a deeply Christian man, but I have a strong sense of responsibility and ethics from my service in the military. And I have to stand by what is right.”

While members of the council, most notably Joseph, had decried some of the hires Touchet had made as “high-priced” and leading to the budget crunch, the Public Works department under Touchet actually righted itself financially in the last 18 months since his hire. According to the ast audit, the department was $20,000 under budget for the year, even after the hires Touchet made.

For her part, and Joseph’s, Mitchell did not attend either of the last two annual budget adoption special hearings.

ST. MARTINVILLE — Mary Lewis is tired of the violence and gunfire on quarter-mile long Pratt Drive, where she lives. And she is going to do so…