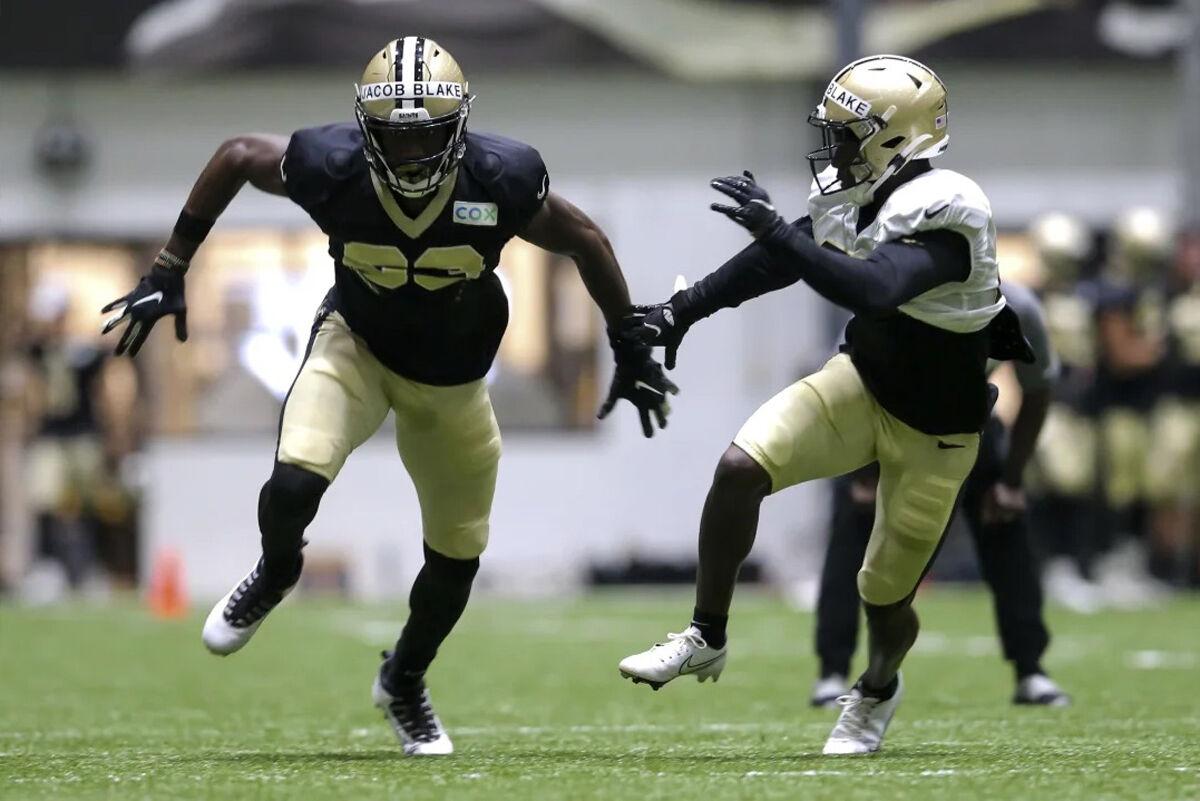 New Orleans Saints players wore labels with the name Jacob Blake on their helmets at practice Thursday to honor the 29-year-old Black man who was shot in the back by a Kenosha, Wisconsin, police officer after police responded to a call about a domestic dispute at an apartment complex on Sunday. 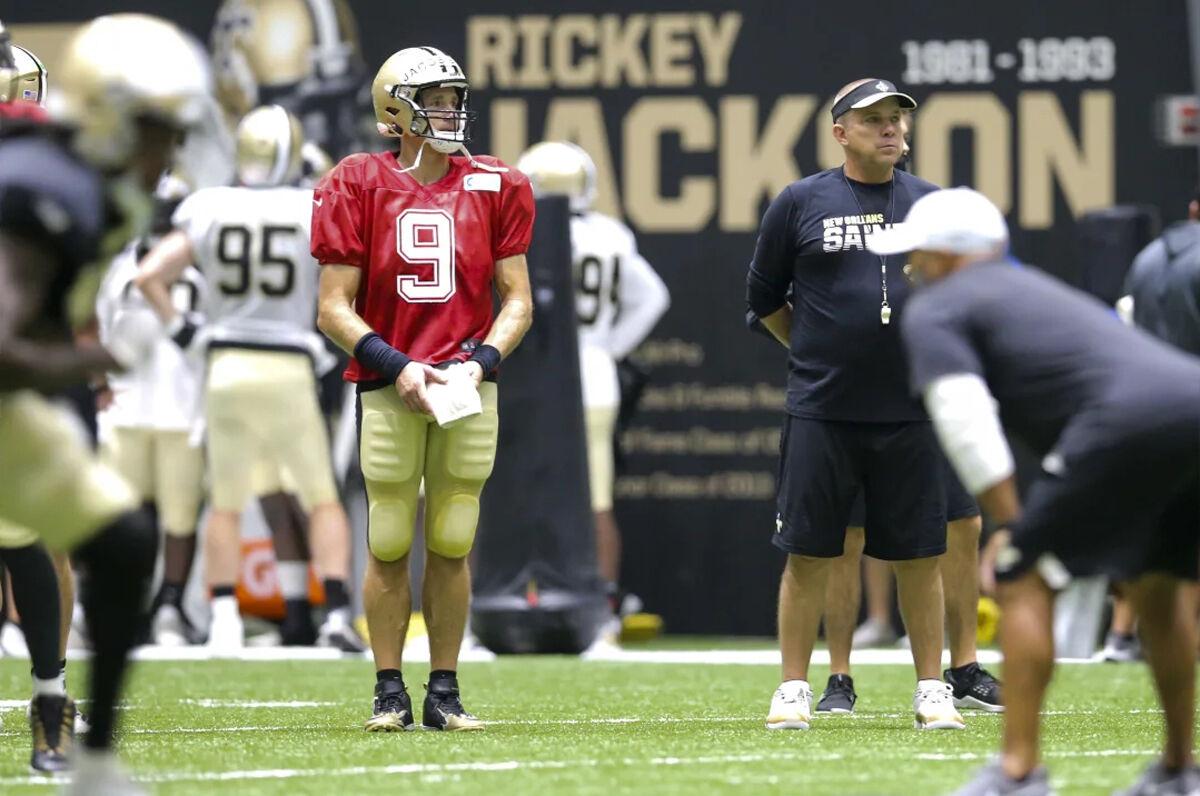 New Orleans Saints players wore labels with the name Jacob Blake on their helmets at practice Thursday to honor the 29-year-old Black man who was shot in the back by a Kenosha, Wisconsin, police officer after police responded to a call about a domestic dispute at an apartment complex on Sunday.

NEW ORLEANS — Each player for the New Orleans Saints wore labels on their helmets with the name Jacob Blake on them at practice Thursday, showing support for the 29-year-old Black man shot seven times in the back by a Kenosha, Wisconsin, police officer during an attempted arrest Sunday.

The shooting has sparked further protests against police shootings of Black people in the country, including the cancellation of NBA playoff games Wednesday and the decision by a couple of Major League Baseball teams not to play on Wednesday.

Saints coach Sean Payton spoke Thursday after practice to the media about the helmet stickers, which replace the usual training camp labels with the names of the players wearing the helmets.

Q: We saw the players with Jacob Blake’s name across their helmets. Was that pretty much a player driven initiative or was that something discussed by the team on a larger level? And I guess what are your thoughts on it?

A: “It was just something we decided to do last night to honor him. There was not, I do not think a lot of discussion relative to it. I thought practice was pretty good. We went inside of course, because of the weather and keep monitoring the conditions for tomorrow’s practice.”

Was there any talk amongst the team about not practicing because of the Jacob Blake tragedy? I noticed a couple teams didn’t practice. Did you guys talk about that at all?

“We didn’t talk about that. So it really didn’t come up.”

What would be your response if there was a player that wanted to sit out or miss practice in respond to that? Have you thought of how you would react to that if some of the players decided to do that?

“The thing I mentioned last night to the team is I think we have a really good, close locker room. And if they came up with something that they felt they wanted to do, I would support it and I think that there still might be something they wish to do. The idea of just putting his name on everyone’s helmet was something that we felt would be appropriate and I think they were for it.”

Has this changed, is this something new seeing some players just be so willing to use their voice, their platform to speak out about stuff like this?

“I do not think it is new. I think, certainly, the attention drawn to specifically this topic is new to our season this year and maybe not even our season this year because it has been a few years now. But I think history would tell us that, look, we have seen this before, and I think part of coaching’s teaching them they have a voice and a very powerful one, and certainly understanding that and respecting everyone’s voice. Collectively as a team, a lot of things can be done to encourage change and be a part of change. That is part of the teaching element of what we do as coaches never change (never stop coaching), regardless of the level. Whether it is Pop Warner, high school, college or the NFL. It is more than just football.”

As a head coach, how do you balance trying to keep the focus during camp, you’ve got a game in a couple weeks and preparing and listening to the important needs of your players as a head coach?

“Well, I think that that takes place every year. There are a number of things that our players incur throughout the course of a season. Something like this is significant and it’s very important and it’s part of the challenge of being a professional athlete. I think that the last thing would be to ignore it or pretend like it wasn’t happening. I think we’ve got the right leadership in this locker room to understand those elements and having the correct balance.”

What do you think is going to take to for, I guess the rest of the country to get the message and to understand what’s going on?

“Well, look, I think whether or not everybody in this country understands what’s going on is one topic, but the ability to make change and to move forward in a positive way, is a different matter. I think we’re right in the middle of what is an election year. We had the convention, the Democratic Convention last week. This week, the Republican Convention, all of those things are taking place at the same time and yeah, I think that it’s never easy, and yet these topics sometimes aren’t easy and yet, there’s an old adage the obstacle is the way. It’s not going around, it’s understanding and going through it and addressing it. Even if it means uncomfortable conversations and topics that may make people somewhat uneasy.”