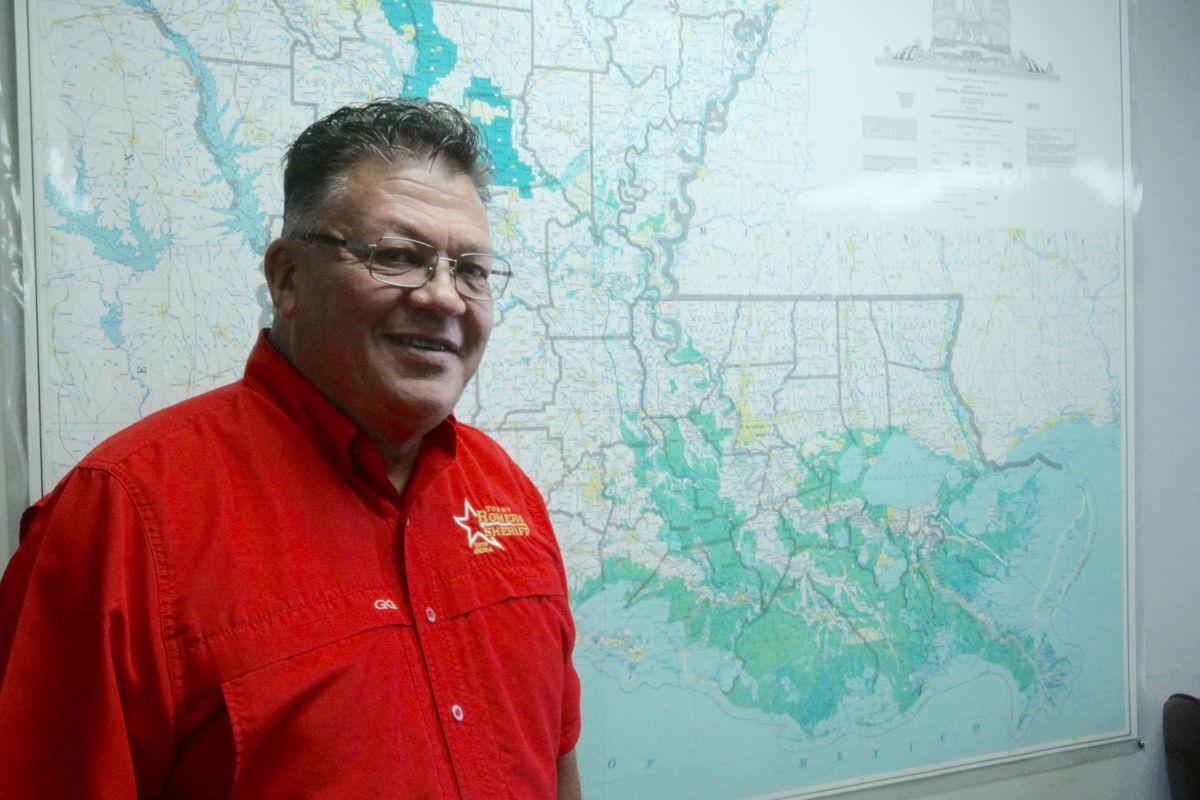 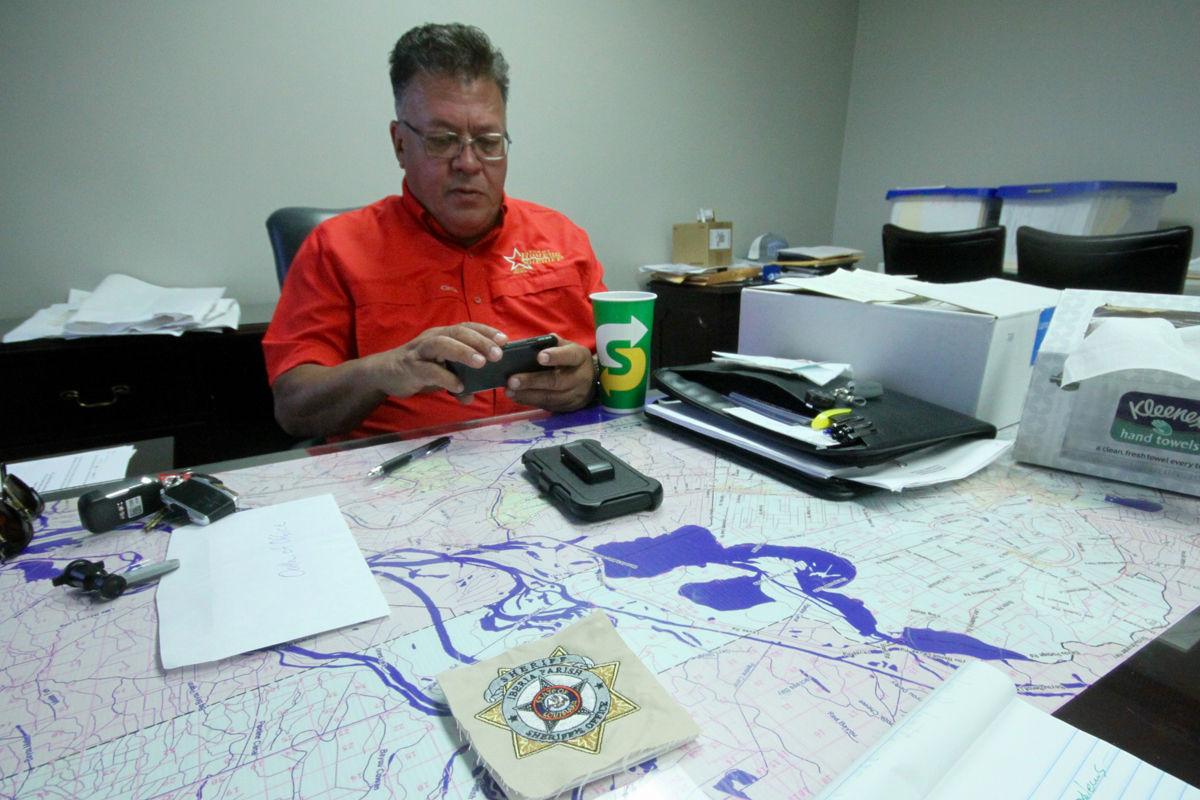 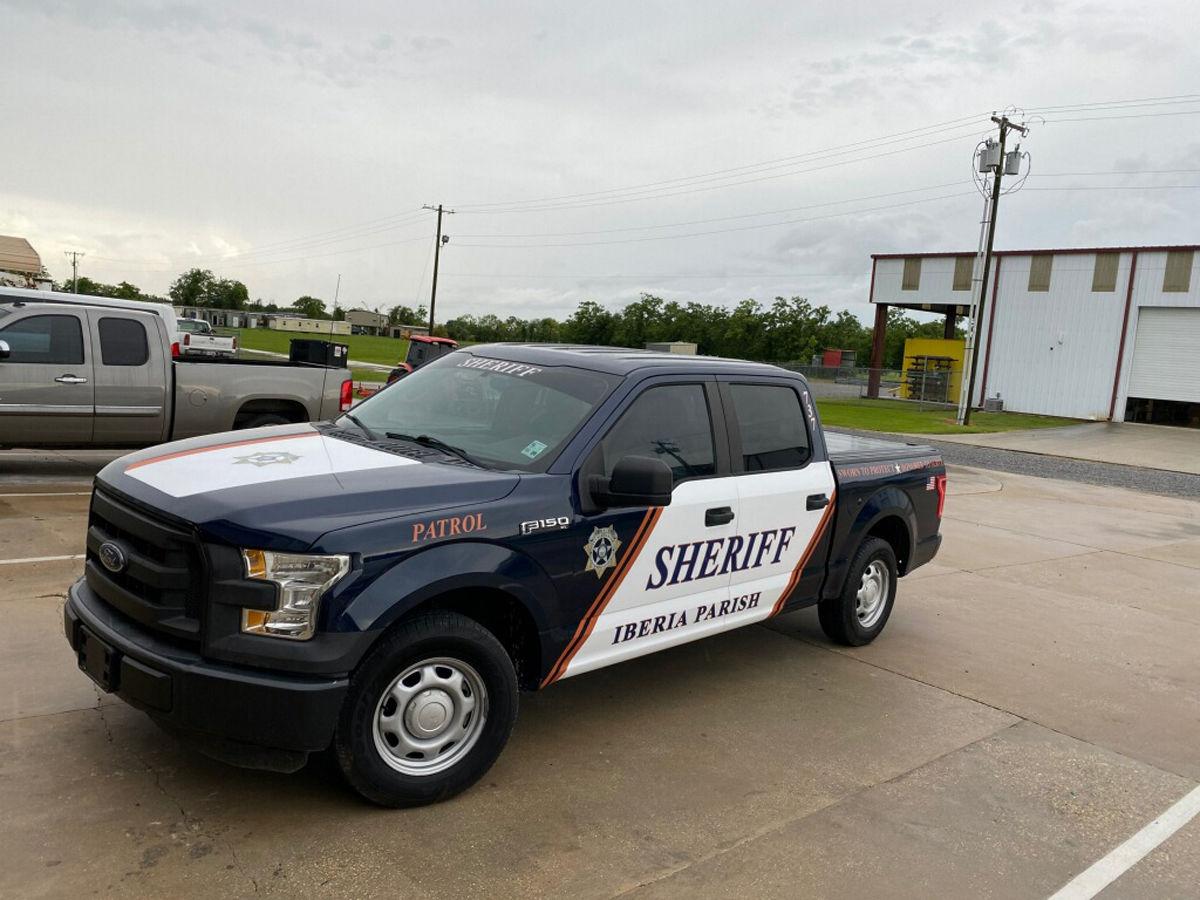 Tommy Romero was busy Tuesday as he prepared to be sworn in as the next sheriff of Iberia Parish.

“You want half of this?” he asked, offering a Subway sandwich. “It’s Italian. I can’t eat all of this.”

Working through lunch in his campaign office on West Main Street, Romero is trying to get all of the pieces together to hit the ground running today. He has already set up 99 percent of his organizational chart, with only one or two more positions to fill. He has cut the staffing by more than 10 positions, dropping from 181 on the roster to between 168 and 170. He’s already working on replacing the vehicles with expiring leases, dealing with local vendors to bring the IPSO fleet back up to speed with a new look.

He has his leadership team in place, leaner than under Louis Ackal’s tenure as his predecessor, dropping a couple of high-salary positions and reorganizing duties to make it work within the department’s budget.

“Really, Louis left this office in much better shape financially than he got it,” Romero said. “The jail is in good shape. There are some small things, but overall it is clean and everything works well.”

The administrative part, though, is easy, and Romero admitted that. He knows where the biggest challenge lies.

“I have to rebuild the trust with the community,” Romero said.

Moving to the cutting edge

Some of the things Romero wants to do will require an expanded use of technology. One program, for example, would use an app for victims of domestic violence that would give them a one-button solution if they were in danger, allowing their smartphone to record and transmit to the IPSO if a threatening situation were to arise.

“They don’t have to call,” Romero said. “Just a floating icon on the phone and it starts recording and calls the sheriff’s office. It also allows us to track them and know where they are calling from.”

Another idea, a clearinghouse for crime reporting and dispatching that he touted during the campaign, is also under development, as well as other technological advances.

“I don’t want to give them all away, because we don’t want the criminals to know what we are capable of,” he said. “But there are several new things coming.”

One piece of technology that Romero plans to institute is a system from a company named JailCore, which uses an electronic device to insure guards make their rounds and check on prisoners in their cells as scheduled.

He also said that he has changed the scheduling for some departments, including the civil division deputies.

“For years, they have not worked on the weekends,” Romero said. “Now we are going to start doing summonses on Saturdays. The staff will rotate through that.

A time of change

Romero also said the upheaval in the wake of the killing of George Floyd on Memorial Day is still sending shock waves through the law enforcement community.

“A whole lot has changed after the unrest last month,” Romero said. “I’m expecting we will be doing more training on race relations, but also on de-escalation techniques. We need to keep up with training, but right now it’s in a state of flux, like what schools will be offering training, what the standards will be. I can see an intermingling of race relations with de-escalation training.”

As the chief law enforcement officer for the parish, Romero said he understands that the future of law enforcement is going to be fundamentally different in a post-George Floyd Iberia Parish.

“In the past when you made an arrest, it was a hands-on thing,” Romero said. “The new standards are to avoid the physical contact, and that takes training. People need to realize that the actions officers take are drilled in. It’s muscle memory. The veterans will have to retrain, rebuild that.”

He also said that the looming threat of COVID-19 exposure is going to play a part in any new training.

One immediate effect of the COVID-19 outbreak is a delay in the arrival of the new vehicles for the IPSO.

“The vehicles were held up, so we were able to get the current vendor to extend the leases,” he said. “They should begin arriving at the end of July, with another batch at the end of August.”

The new look for the IPSO will ditch the traditional black and white paint job for a dark blue with a white center stripe wrapping across the cab of the vehicles.

“We’ll have a vehicle on display, hopefully at the Steamboat Pavilion, so people can see it,” Romero said.

Deputies will also see a uniform change, going to a blue uniform.

But the biggest part, Romero emphasized, is overcoming the past and getting the community to look forward.

“We can’t keep looking backward,” Romero said. “We need to look forward, to where we are going. We need to move ahead and make progress.”

Many changes to IPSO in past 12 years, good & bad

The office that incoming Iberia Parish Sheriff Tommy Romero moves into this week is far different from the one his predecessor inherited.