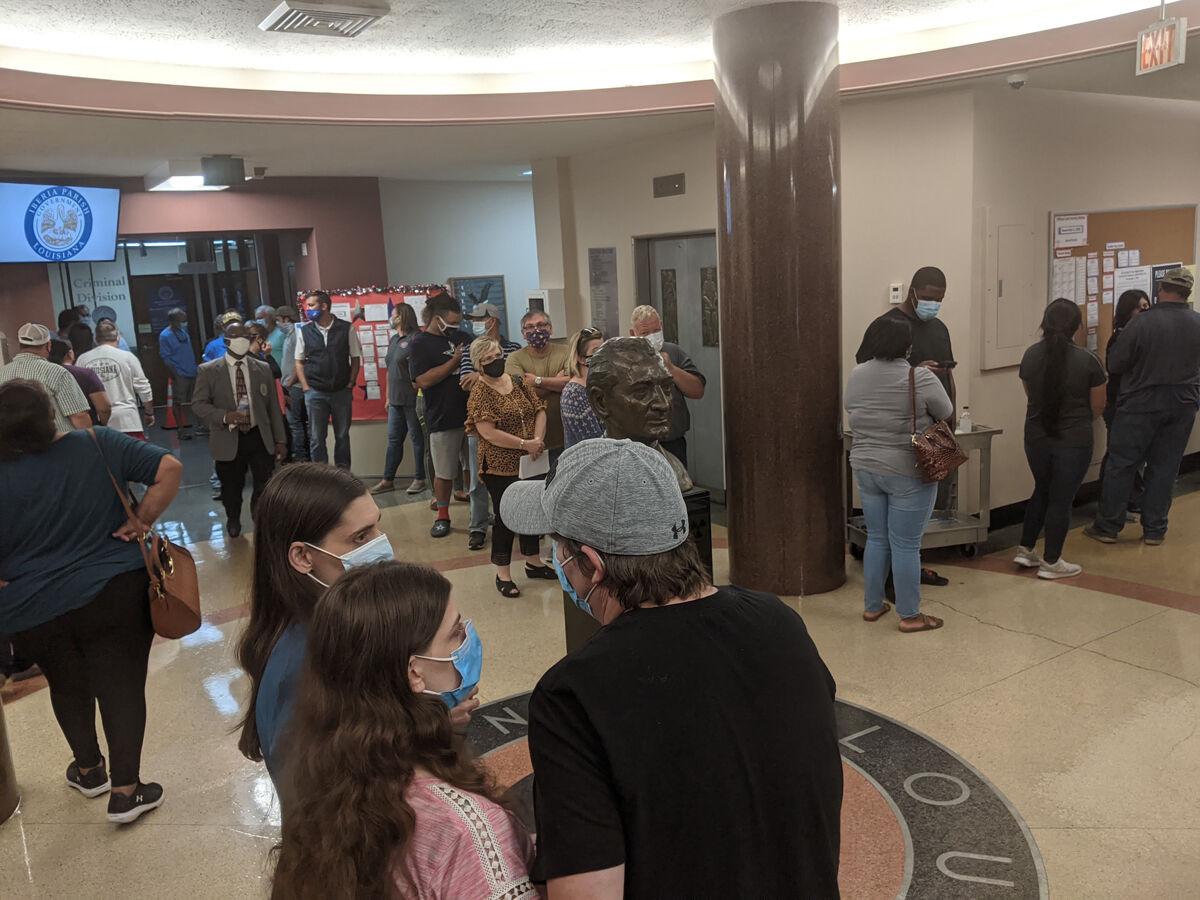 Early voting continued at a brisk pace Monday at the Iberia Parish Court House with lines of people both inside and outside the building waiting to cast their ballots for the presidential election and on local and state issues and races. 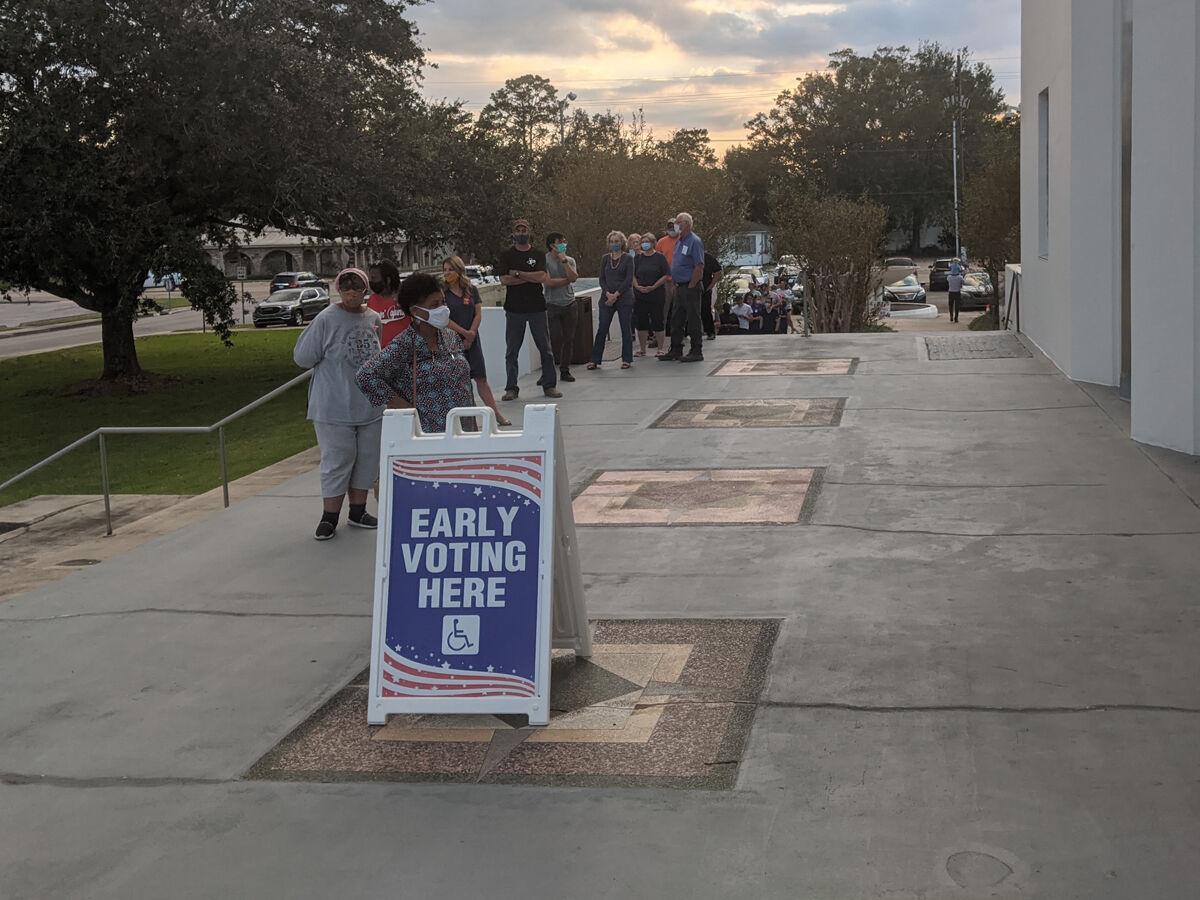 Lines for early voting wrapped around the Iberia Parish Court House and into the parking lot Monday.

Early voting continued at a brisk pace Monday at the Iberia Parish Court House with lines of people both inside and outside the building waiting to cast their ballots for the presidential election and on local and state issues and races.

Lines for early voting wrapped around the Iberia Parish Court House and into the parking lot Monday.

It was going to be a record-setting early voting season just because of the COVID-caused extension, but the 10 days of early voting in the Teche Area went beyond simply doubling the number of early ballots cast.

Lines stretched through offices and outdoors, across sidewalks and into parking lots. But even with the crowds and the social distancing requirements, voters waited and cast their ballots in huge numbers.

“We’re still busy,” said one clerk at the St. Mary Registrar of Voters Office Tuesday evening. “We still have a line.”

As of Monday night’s poll closing, St. Mary Parish Registrar of Voters Jolene Holcombe said a large portion of the parish’s registered voters had already come to the polls or mailed in their ballots.

“Our numbers are the biggest they have ever been,” Holcombe said in an email. “Approximately 28.8 of the eligible voters have already voted early or by mail.”

During the 2018 congressional election, St. Mary Parish only had 17,947 votes cast in total, including election day balloting. That was 54.4 percent of the total registered voters in the parish.

In Iberia Parish, Registrar of Voters Kristie Blanchard said that the office had seen its biggest single-day tally ever on Monday — and Tuesday was poised to match, if not exceed, that total.

Blanchard said the office stayed open until 7:15 Monday night to take care of all the voters still waiting in line after the doors were closed. In all, 1,475 people cast their ballots in person Monday, with another 76 ballots arriving by mail.

Overall, Iberia Parish saw 14,400 votes cast in the early voting period — almost half of the total votes cast in 2016, when 67.8 percent of the parish’s voters turned out.

In this year’s early voting, Iberia Parish saw 40.9 percent of the votes cast from Democrat voters and 43.6 percent from Republicans. Other or no party affiliation votes accounted for 15.5 percent of the early ballots.

“Everything was very smooth,” she said. “We had one or two people complain, but it was usually people who did not understand how it all worked. We can’t just sit there and do it all for them. They have to take responsibility for some of the voting process.”

By the end of the day Tuesday, Iberia Parish had seen its largest early voting day in-person, with 1,498 votes cast. Monday remained the overall busiest day ever, though. Only 45 mail in ballots were received, meaning Tuesday fell short of the record by eight votes.

The line of voters waiting before eary voting began at 8:30 a.m. today was no surprise for the Iberia Parish Registrar of Voters Office, which has been inundated with calls and visits from residents.

“We may have 1,000 and we may have more,” Registrar Mildred Adams said Monday. “The interest is there.”

The office does not, however, carry the Public Affairs Research Council’s constitutional amendment guide.