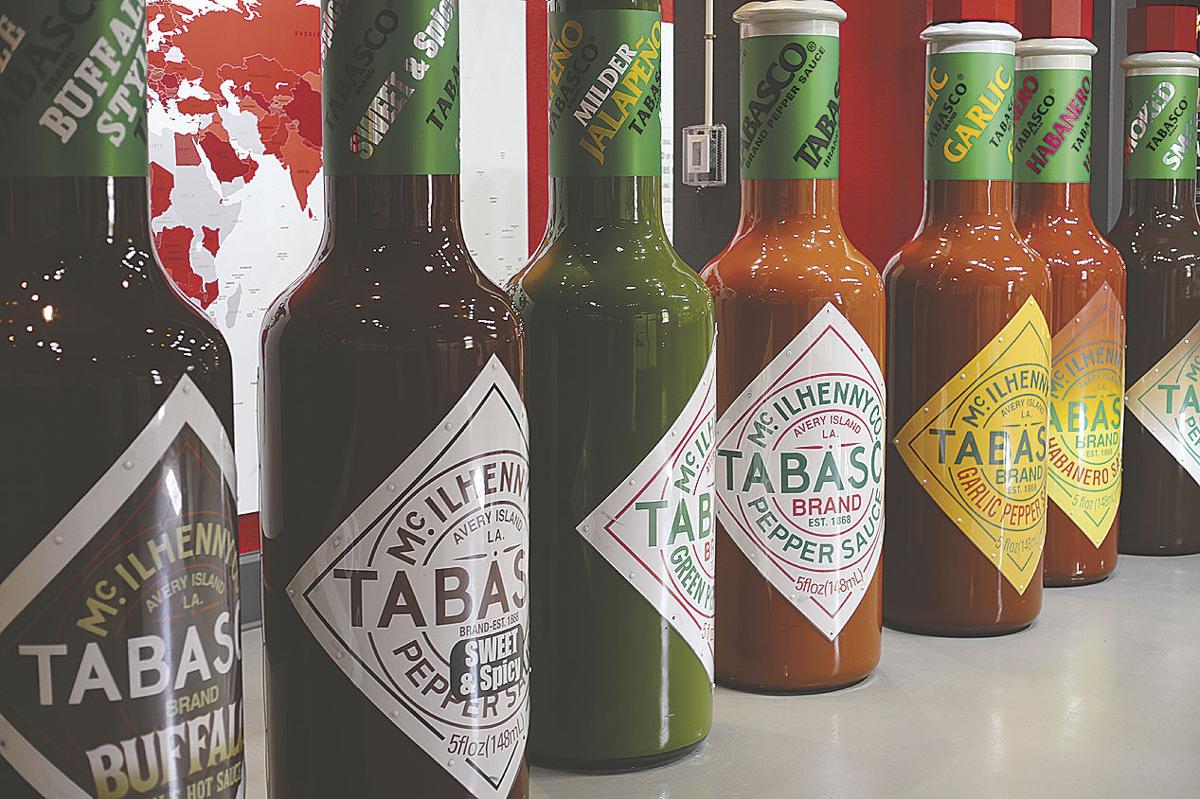 Enormous bottles filled with all the different flavors of Tabasco Brand pepper sauce is part of the new tour at the Avery Island company. 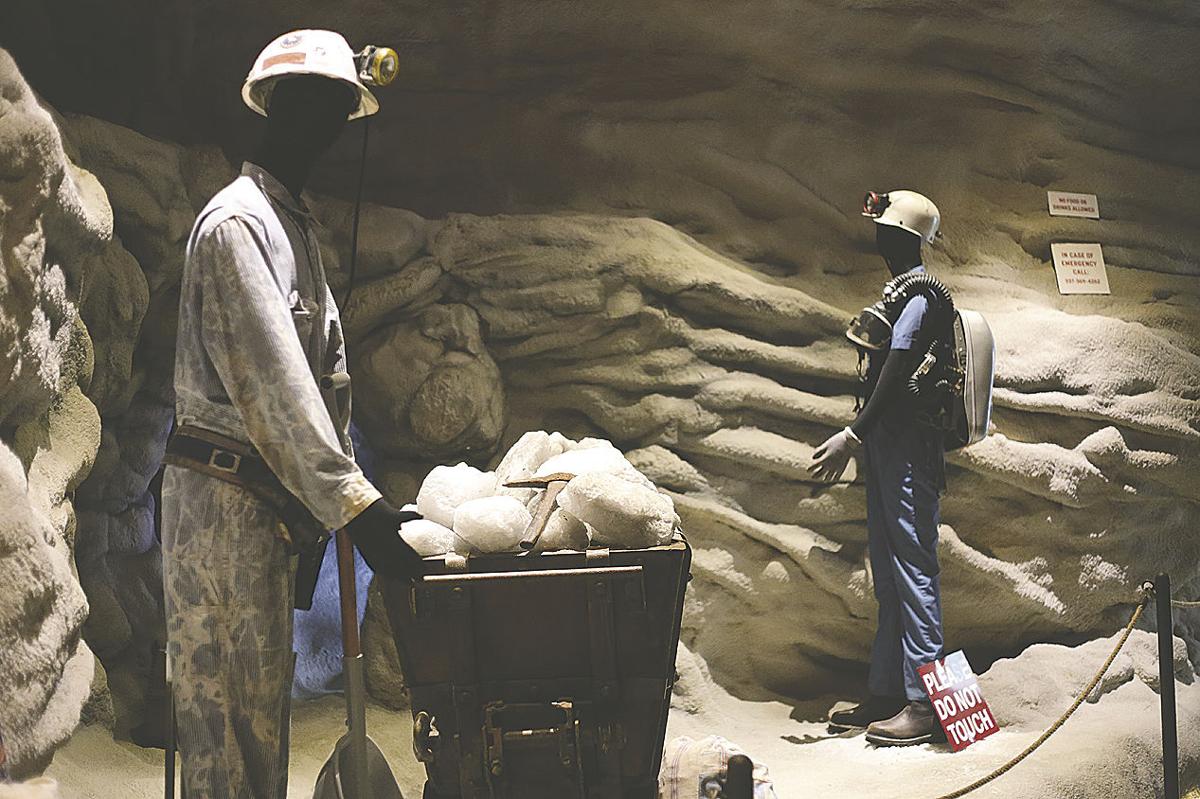 A scene of what labor was like for salt miners in the late 19th Century and early 20th Century out at Avery Island.

Enormous bottles filled with all the different flavors of Tabasco Brand pepper sauce is part of the new tour at the Avery Island company.

A scene of what labor was like for salt miners in the late 19th Century and early 20th Century out at Avery Island.

Way out past the edge of town, past U.S. 90 and halfway to the Gulf of Mexico, Louisiana 329 thins into Avery Island Road, which winds along the curves of sparkling bayous and verdant gardens. This is where the hot peppers grow.

Edmund McIlhenny arrived on Avery Island a-century-and-a-half ago, a Maryland man who’d earned a small fortune in New Orleans banking before the Civil War. Here, he came into possession of some Capsicum frutescens seeds, believed to have come from Mexico or Central America. The seeds took marvelously to the rich soil and the humid air. He delighted in the spice and flavor of the Tabasco peppers they sprouted.

Exactly 150 years ago, in 1868, McIlhenny harvested his first commercial crop, selling 658 bottles of his hot sauce at a dollar a piece that year, first to grocers across the Gulf coast and within a year across the country; within another year, they crossed the Atlantic. The rest, they say, is history.

That history is on display at the Avery Island Tabasco Museum and Factory, in its original location, where the iconic pepper sauce celebrates its 150th anniversary this year. Beginning in May, the Tabasco Restaurant 1868 — directly next to the museum — will host local chefs throughout the area, who will create Tabasco-infused dishes with local ingredients. Katlyn Decon, program coordinator at the Tabasco Visitor Center, says tickets for the monthly dinners will be limited.

But there’s no reason to wait until then to visit. Tours begin at the museum, with relics from the company’s storied past, and includes stops at a pepper-growing greenhouse; the barrel warehouse; a recreated salt mine; and finally, past a panoramic window onto a live view of the bottling plant in action, where bottles of sauce wend around Tabasco employees on Rube Goldberg-like conveyor belts.

Visitors are rewarded at the end with a tasting bar of Tabasco sauces and specialty products in the gift store. On offer one recent afternoon were shockingly delicious samples of raspberry-chipotle and jalapeno hot sauce-flavored ice cream, and a Tabasco-infused cola.

“I’m amazed at where people come here from — from all over the world!” said Rhonda Poole, of the Visitor Center’s box office. Indeed, the sign-in sheet on her desk that day had signatures from Anchorage, Alaska and Ada, Michigan, from Nigeria and the Netherlands, from the Czech Republic and more.

“This is the place where Tabasco is made for the whole world,” said Harold Gray Osborn III, senior vice president of McIlhenny Co.

“The original, red Tabasco had three ingredients in the beginning, and it has three now: the peppers, the seeds of which still come from right here; salt, which still comes from mines here; and vinegar. But,” he said, “there’s also a fourth ingredient, and it’s our people. We couldn’t do it without everyone that works here on Avery Island.”

Here’s to another, spicy century-and-a-half.