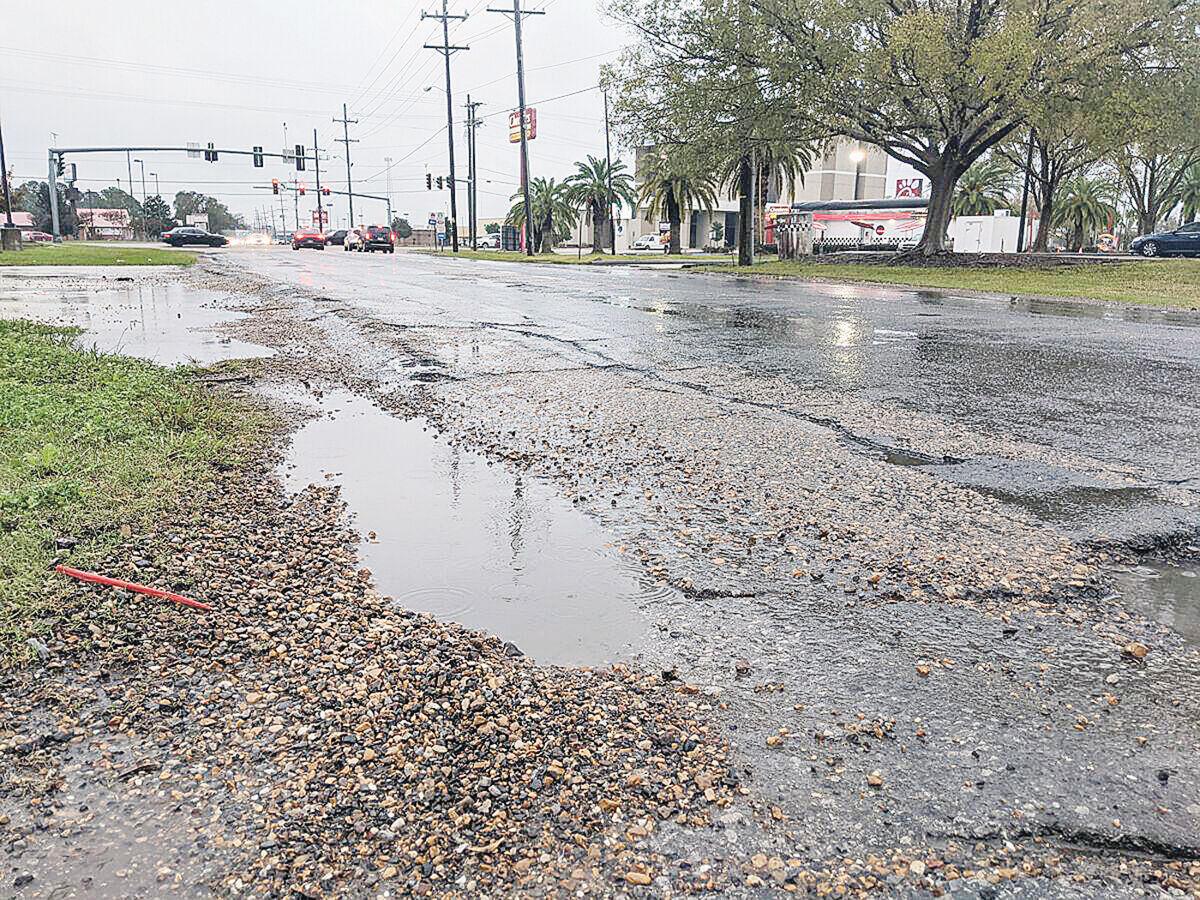 Road upkeep is an ongoing struggle in Iberia Parish because the parish has no dedicated tax to pay for the work and must use a diminishing royalty fund or other creative means to cover the costs. 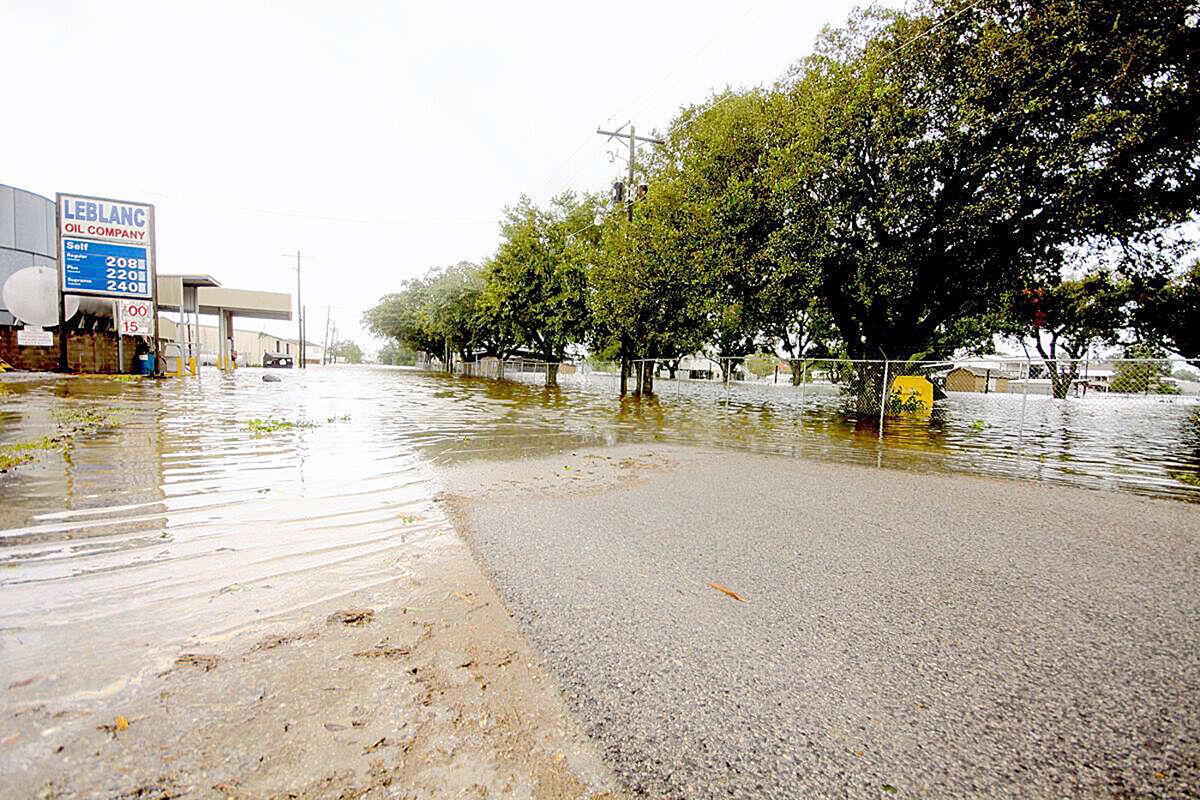 Money from the Gulf of Mexico Energy Security Act is being used to help enhance flood mitigation efforts in Iberia Parish. Delcambre flooding during Hurricane Laura in 2020 was one of many cases the parish hopes to help prevent re-occuring. 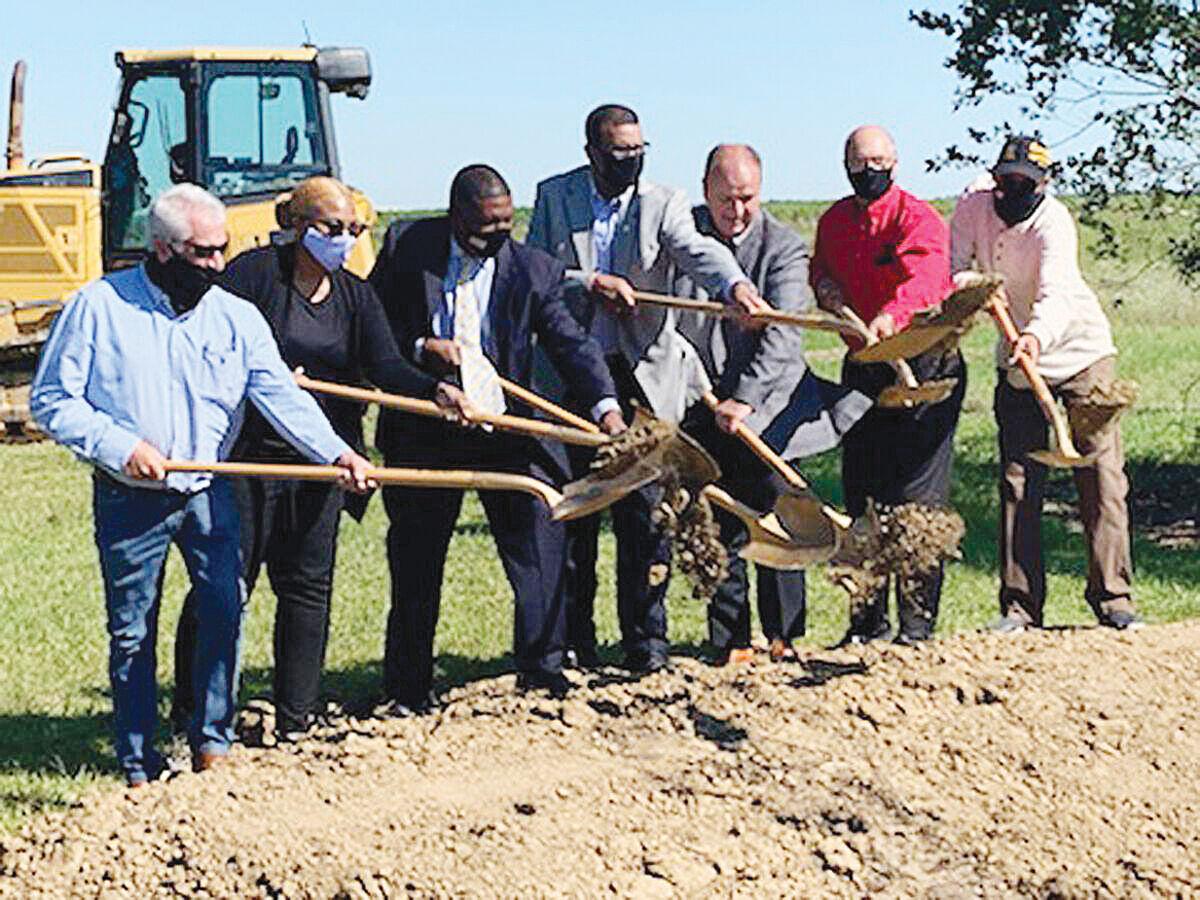 When the parish broke ground on Progress Point Industrial Park, it was in better financial straits than today.

Road upkeep is an ongoing struggle in Iberia Parish because the parish has no dedicated tax to pay for the work and must use a diminishing royalty fund or other creative means to cover the costs.

Money from the Gulf of Mexico Energy Security Act is being used to help enhance flood mitigation efforts in Iberia Parish. Delcambre flooding during Hurricane Laura in 2020 was one of many cases the parish hopes to help prevent re-occuring.

When the parish broke ground on Progress Point Industrial Park, it was in better financial straits than today.

One of the challenges facing the current Iberia Parish administration is a decaying infrastructure, coupled with a tax base that has been decimated in recent years as oilfield royalties that once kept the parish coffers full have subsided.

There are, however, some bright spots that have manifested themselves on the horizon as projects planned in previous years are coming to fruition.

The biggest problem facing parish leaders, however, is that those projects — like the access road for the Acadiana Regional Airport and the Progress Point Industrial Park — were envisioned when the Gulf of Mexico energy sector was still viable. The same slowdown that has depressed the parish’s royalty income has also dropped the demand for the industrial space that the Iberia Development Foundation’s commercial development is hoping to tap into.

Add to that the uncertainty of a post-COVID world and you have a business landscape that makes old school solutions to economic worries moot.

The upside to the COVID-19 pandemic is that the flood of federal stimulus money has helped, and will continue to help, local governments maintain their bottom line. Even payments to individuals and private businesses have helped to artificially elevate sales tax revenues throughout the Teche Area, where governments did not see the drop in tax receipts that they feared last spring.

The counterweight to that, unfortunately, is that most local governments were already reeling from the years-long drop in oil production and exploration. So although things did not get worse, they did not necessarily improve either.

The pandemic also took aim at some specific slices of the economy more directly than others. The restrictions on bars, entertainment, dining and other portions of the economy left those owners and employees bearing the brunt of the economic hardship. Restaurateurs and bar owners in particular have been struggling, trying out tents and al fresco dining options to keep customers in seats.

The latest round of stimulus money may help. Iberia, St. Martin and St. Mary parishes are each expecting between $9 million and $11 million in relief from the $1.9 trillion American Rescue Act, with municipalities also receiving a share of the windfall from the federal government. How that money can be spent, however, is still being explored.

Over time, the needs of the public change and, unfortunately, large-scale capital projects take time to put together.

One symptom of that can be seen in Iberia Parish. Four years ago, when the parish was experiencing torrential floods on a semi-annual basis, flood mitigation efforts were at a premium. Money from the Gulf of Mexico Energy Security Act (GOMESA) was earmarked to enhance the parish’s ability to move water out in case of flooding. Currently, the parish is planning to use funds for projects on three drainage channels to ease flooding in some of the hardest hit areas.

Other parishes, however, have managed to convert at least some of those dollars into road projects. In Terrebonne Parish, for example, some roadways were qualified for the funds as hurricane escape routes. In St. Martin Parish, funds were used to secure a bond that is, in part, paying for the replacement of the pontoon bridge at Butte LaRose.

A request for more information on Iberia Parish’s funds under the American Rescue Act, to include the amount of money that was going to be going to individual municipalities in the parish, was not answered.

Waiting for the next shoe

In the meantime, Iberia Parish leadership will be setting an agenda for capital projects and maintenance based on the funding it receives as well as its tax base. While it has not seen any severe drop overall so far, the chance of further rescue or stimulus money is slim in the current political environment, so the last chunk may be the last for a while.

When The Daily Iberian asked in a non-scientific poll what the top priority for any future capital projects should be, the answer was both singular and passionate. Every person who replied said road maintenance was the number one need for the parish, whether to keep its residents in place or to attract new industry.

That need is not lost on the powers that be. But the same voters who unanimously desire better roads shot down an attempt to pass a dedicated road tax in 2018.

So, until a new revenue stream is developed, the parish will have to eke by on the funding it has. And if that financial picture does not change, either through renewed industrial growth, oil activity or voter approval of a dedicated road funding source, the maintenance picture will likely become worse as the parish’s roads continue to age.