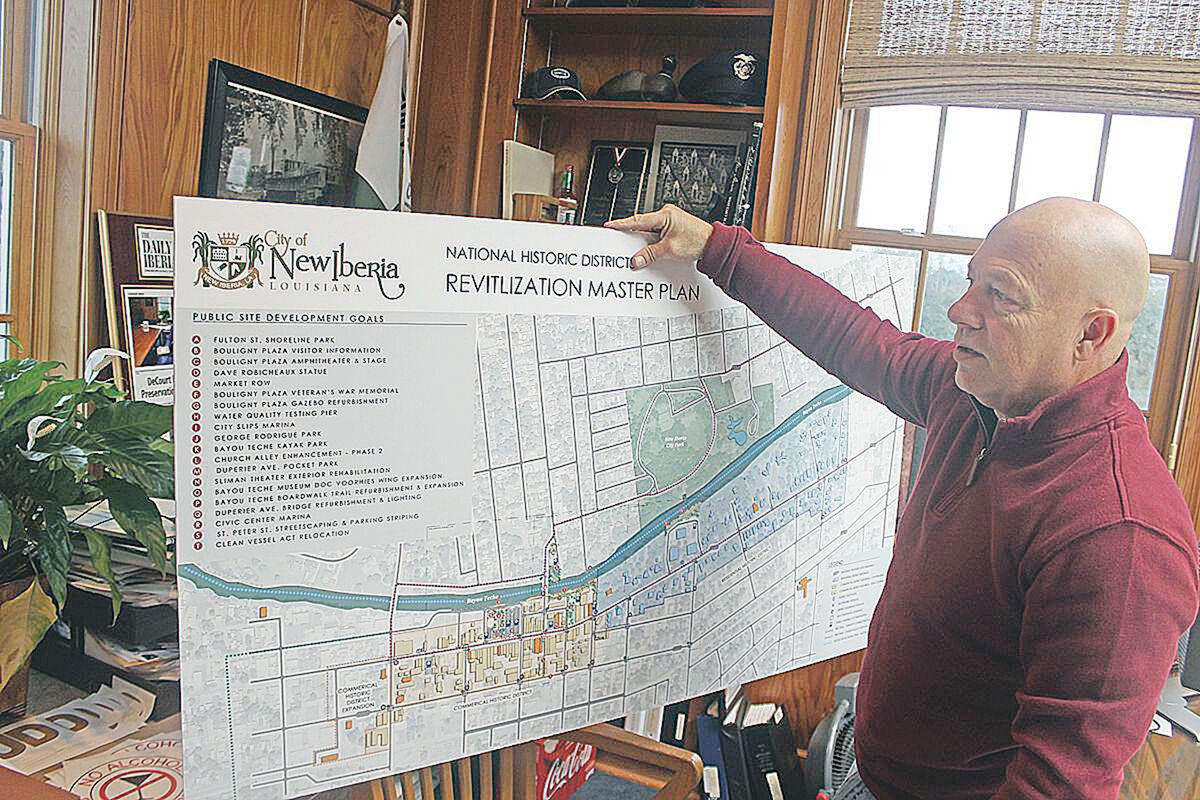 New Iberia mayor Freddie DeCourt shows a board with his master plan that includes more than 70 projects. One part of the plan focuses on the National Historic District downtown, and the other includes a look at projects in each of the city’s districts. 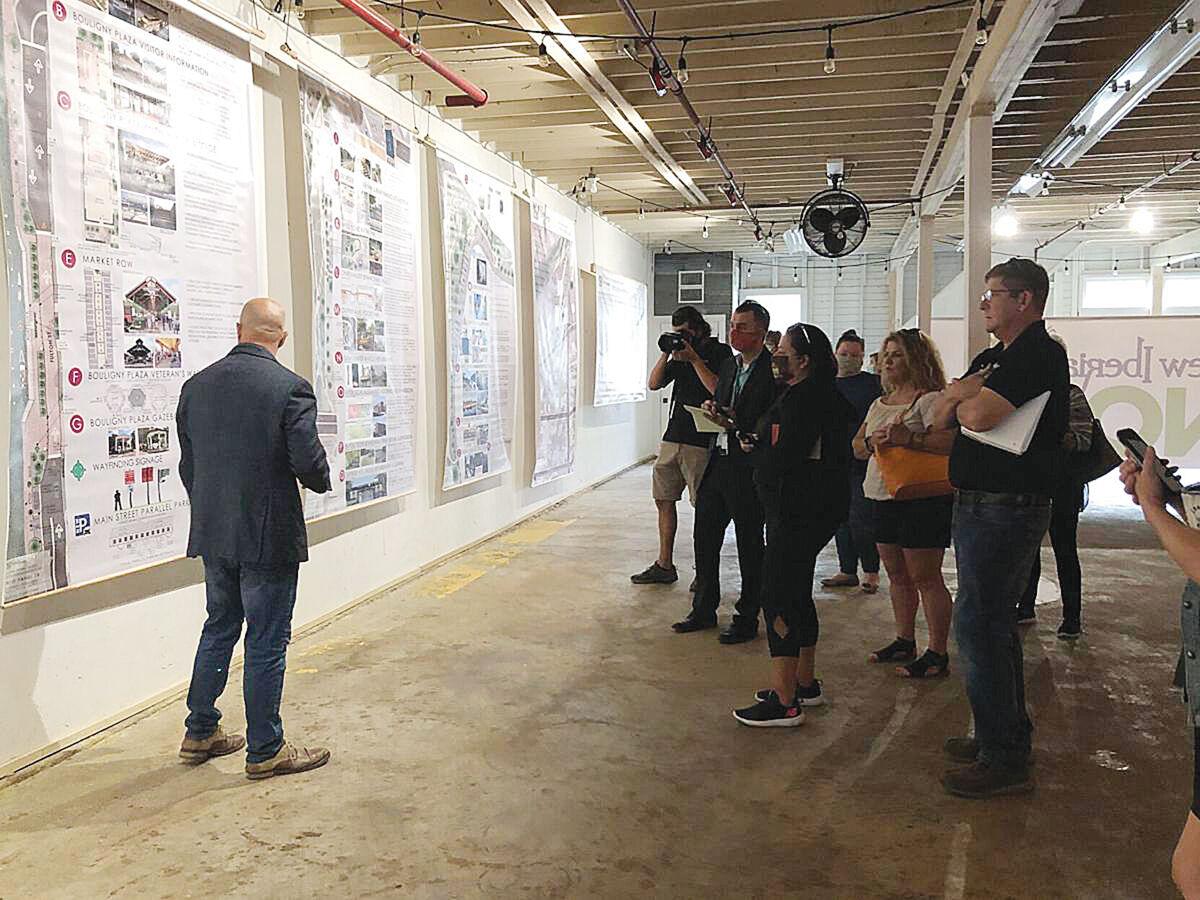 State and local officials took a look at the city master plan in November.

New Iberia mayor Freddie DeCourt shows a board with his master plan that includes more than 70 projects. One part of the plan focuses on the National Historic District downtown, and the other includes a look at projects in each of the city’s districts.

State and local officials took a look at the city master plan in November.

While many municipalities across the country seemed to be just barely getting by during the COVID-19 pandemic over the last year, Mayor Freddie DeCourt and the city of New Iberia were busy planning dozens of projects that he hoped to see take off in the next four years.

The mayor began designing a Master Plan for the city of New Iberia last year that profiled the biggest infrastructure and cultural projects he hoped to see happen in his next term in office.

Although a Master Plan had been designed for the city many years ago, DeCourt said he wanted a plan that would be feasible in the short term.

That meant shovel ready projects that could expand the resources of New Iberia with funds that could be attained through state and federal grants.

The plan itself was divided into two sections. One of the plans focused on New Iberia’s National Historic District in downtown New Iberia.

That plan includes several updates to New Iberia’s downtown that would mainly lead to more tourism and culture in town.

The designing of a pocket park dedicated to New Iberia native George Rodrigue has already been partially completed, and includes a giant sculpture of Rodrigue’s famous “Blue Dog” in the middle of New Iberia. A second phase of the project is still in the works.

Other projects downtown include a marina behind City Hall that DeCourt and the city administration hope will expand incentives for the boaters and kayakers of the world. The city even received a grant that could dispose of boat waste as well as provide a bathroom for boaters.

The other section of the Master Plan involved a district-by-district look at New Iberia and the projects that could help each part of the city.

More than 70 projects were designed for that portion of the Master Plan, with everything from sidewalk improvements to dog parks being included in the plan.

Some of the biggest slated projects included an African-American history museum for New Iberia’s West End, and an indoor swimming pool at Bank Avenue Park that would replace the swimming pool currently housed at New Iberia City Park.

DeCourt planned for a public viewing of the Master Plan last April, but due to COVID-19 the event had to be rescheduled for last November. Dozens of local and state officials took the tour to view the many projects DeCourt had in store, and the mayor was even able to secure a meeting with Gov. John Bel Edwards so the governor could personally view the plan himself.

As DeCourt’s second term in office begins, the mayor said he is ready to hit the ground running and begin the projects as soon as possible.