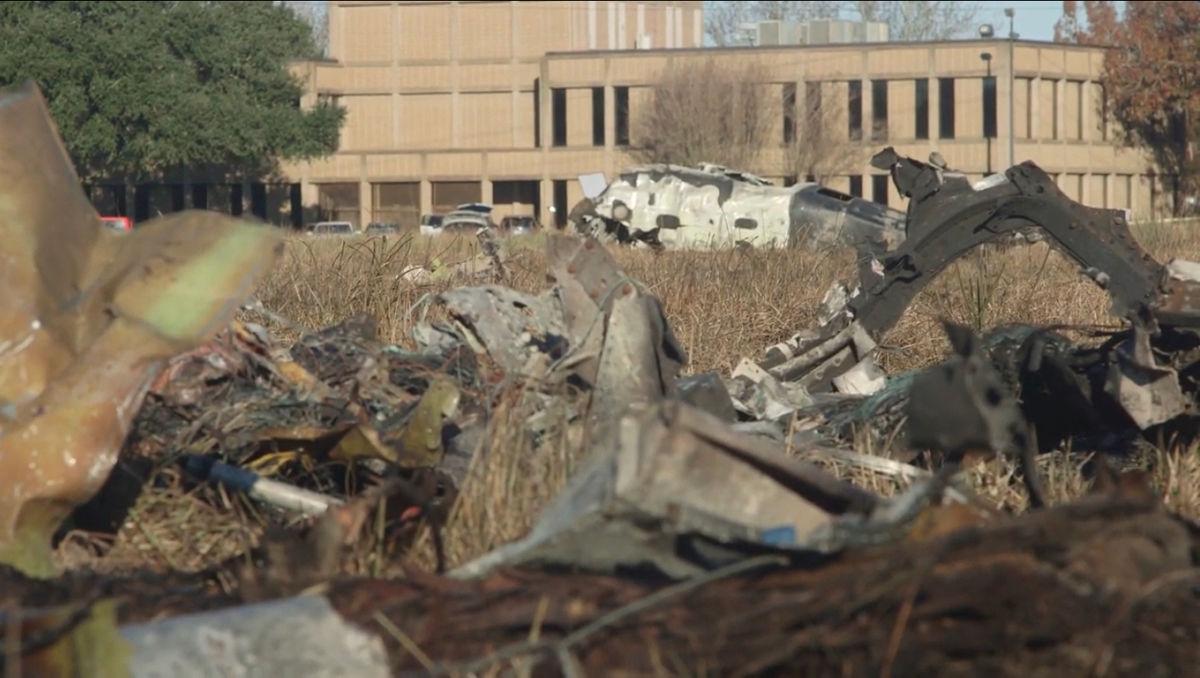 Wreckage from the Dec. 28 crash of a Piper Cheyenne airplane in Lafayette, killing five of six people aboard, is shown in a National Transportation and Safety Board video. 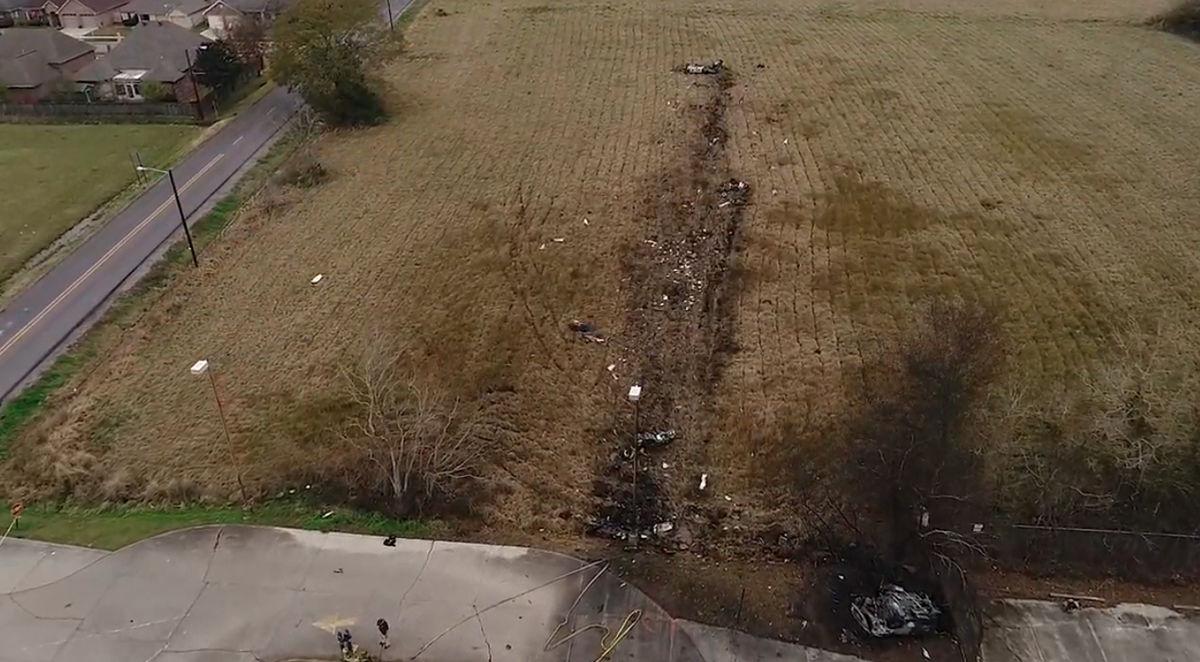 An aerial view of the site of the Dec. 28 crash of a Piper Cheyenne airplane that crashed in Lafayette is shown in a National Transportation and Safety Board video. 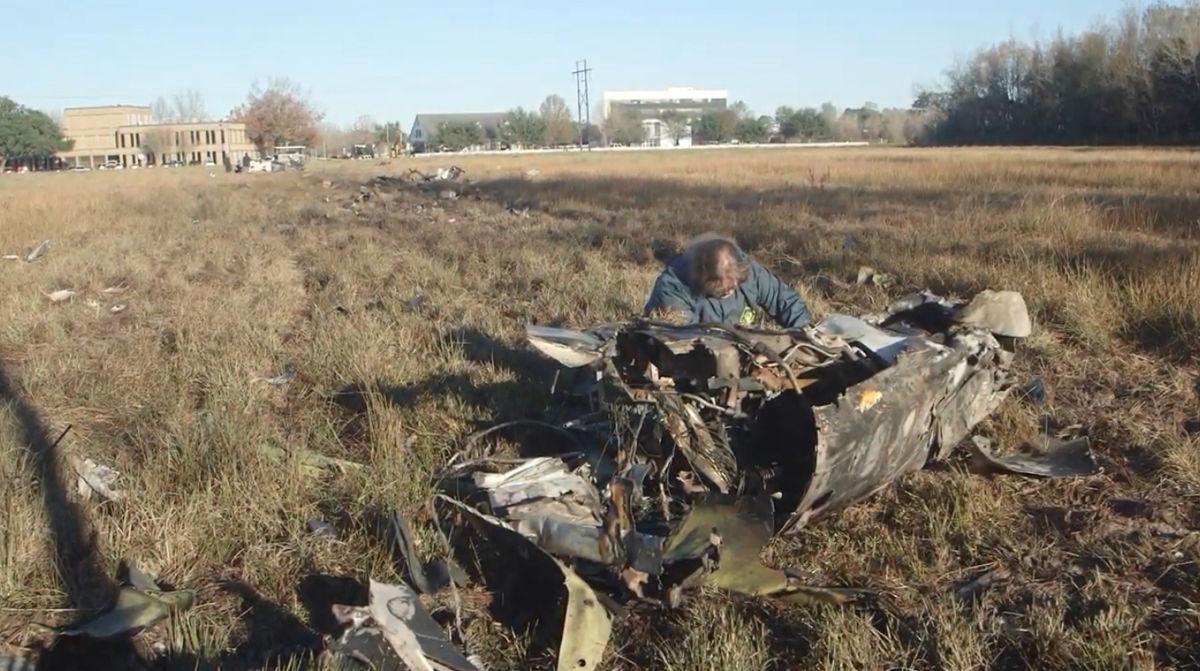 Lead investigator  Jennifer Rodi inspects some of the wreckage from the Dec. 28 crash of a Piper Cheyenne airplane in Lafayette.

Wreckage from the Dec. 28 crash of a Piper Cheyenne airplane in Lafayette, killing five of six people aboard, is shown in a National Transportation and Safety Board video.

An aerial view of the site of the Dec. 28 crash of a Piper Cheyenne airplane that crashed in Lafayette is shown in a National Transportation and Safety Board video.

Lead investigator  Jennifer Rodi inspects some of the wreckage from the Dec. 28 crash of a Piper Cheyenne airplane in Lafayette.

After a preliminary report was released this week on the crash that claimed the lives of five people aboard a twin-engine corporate airplane on Dec. 28, the wait begins for investigators to determine what could have caused the fiery tragedy.

The report, issued Tuesday, gives some more insight into the last moments of the Piper Cheyenne’s short flight from runway 22L at Lafayette Regional Airport. Many of the details, such as the duration of the flight, the rough flight path and the aircraft still being intact and under power when it clipped trees and a power line before crashing near the intersection of Verot School and Feu Follet roads, were previously briefed while National Traffic Safety Board investigators were in Lafayette.

What is new is information derived from Federal Aviation Administration data that indicates that the airplane was already turning off its assigned course while it was still climbing. According to investigators’ interpretation of the data, the aircraft rolled on its wingtip 70 degrees, nearly perpendicular to the ground, as it descended.

Previously, investigators had said the airplane had turned and was seen in a steep dive before crashing, but no indication of the aircraft’s extreme position relative to the horizon had been indicated. In the report, two witnesses indicated that the airplane came out of the low-hanging clouds in a steep dive, still banked and turning to the left as it approached the earth. One witness said they saw the aircraft’s wings level out prior to it hitting trees and an electrical line, then crashing to the ground.

The preliminary report is likely the last word from the NTSB until its final report is issued. According to NTSB Vice Chairman Bruce Landsberg, that detailed analysis will likely take a year to 18 months, he said before his eight-member investigative team left on Dec.30.

One thing that may help the investigation is the continuing recovery of the sixth person, and the only survivor, on board the aircraft at the time of the crash. Although he was listed in critical condition with burns over 75 percent of his body in the days following the crash, doctors for Stephen Wade Berzas, the vice president of sales for Global Data Systems of Lafayette, said his position had improved from critical to serious in an update Monday.

As the only person who survived who was on board in the airplane’s final moments, he could give investigators new insights as to what happened on board after the aircraft cleared the runway in Lafayette. The aircraft was not equipped with flight data or cockpit voice recording equipment, and pilot Ian Biggs did not key his mic to speak to the tower after the plane ran into trouble, so there is no recording on the air traffic control tower’s recording system.

The airplane was bound for Atlanta for LSU’s appearance in the Peach Bowl, carrying family and employees of GDS founder Chuck Vincent as well as sports journalist Carley McCord. Gretchen Vincent and Walker Vincent, the wife and son of the GDS president, were killed in the crash, as were GDS Vice President of Business Development and Field Services Robert Vaughn Crisp II and Biggs.

One person on the ground, Danielle Truxillo Britt, suffered burns across 30 percent of her body when the airplane hit her Jeep, which was parked in the U.S. Post Office parking lot, and forced it to overturn and catch fire.

She is undergoing treatment at the University Medical Center Burn Unit in New Orleans, according to posts on her family’s social media pages.

In a preliminary report issued Tuesday, the National Traffic Safety Board gave some specific details about the short flight of the twin-engine…