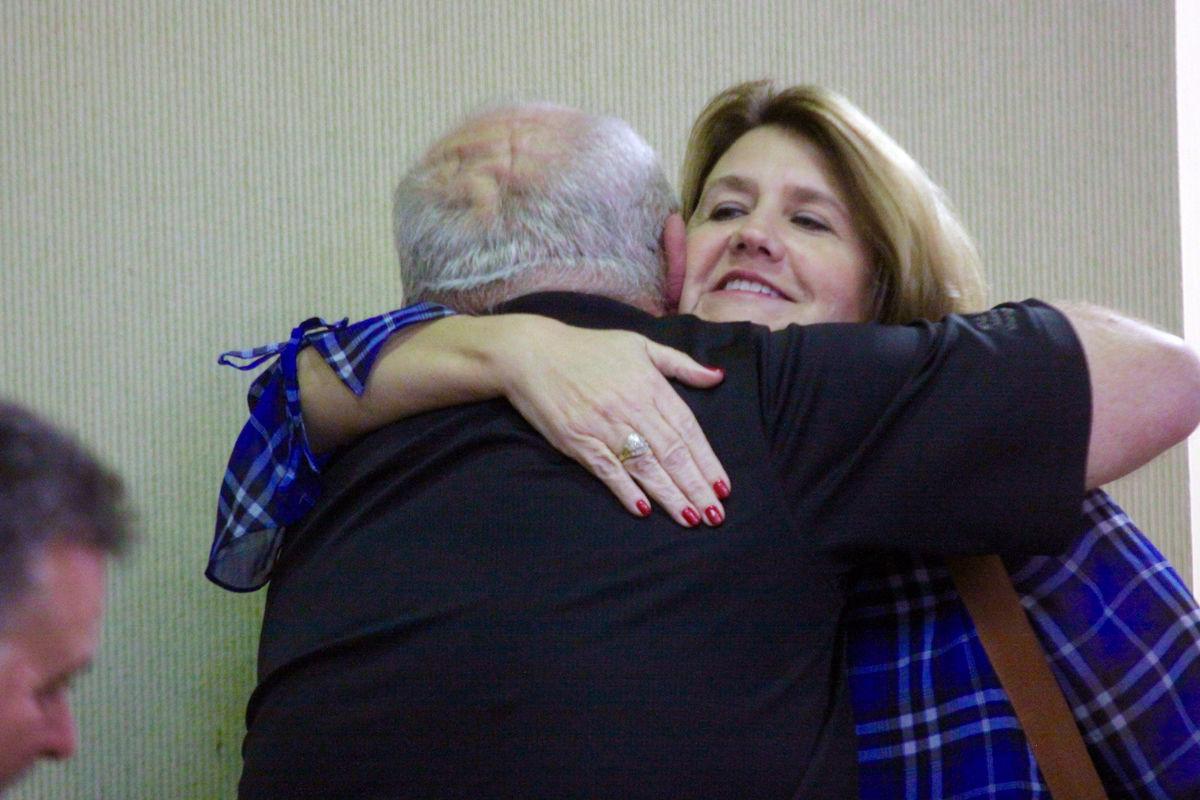 District 6 Councilwoman Natalie Broussard gives outgoing Councilman Joel Dugas a hug at the end of his last meeting with the council Wednesday evening. 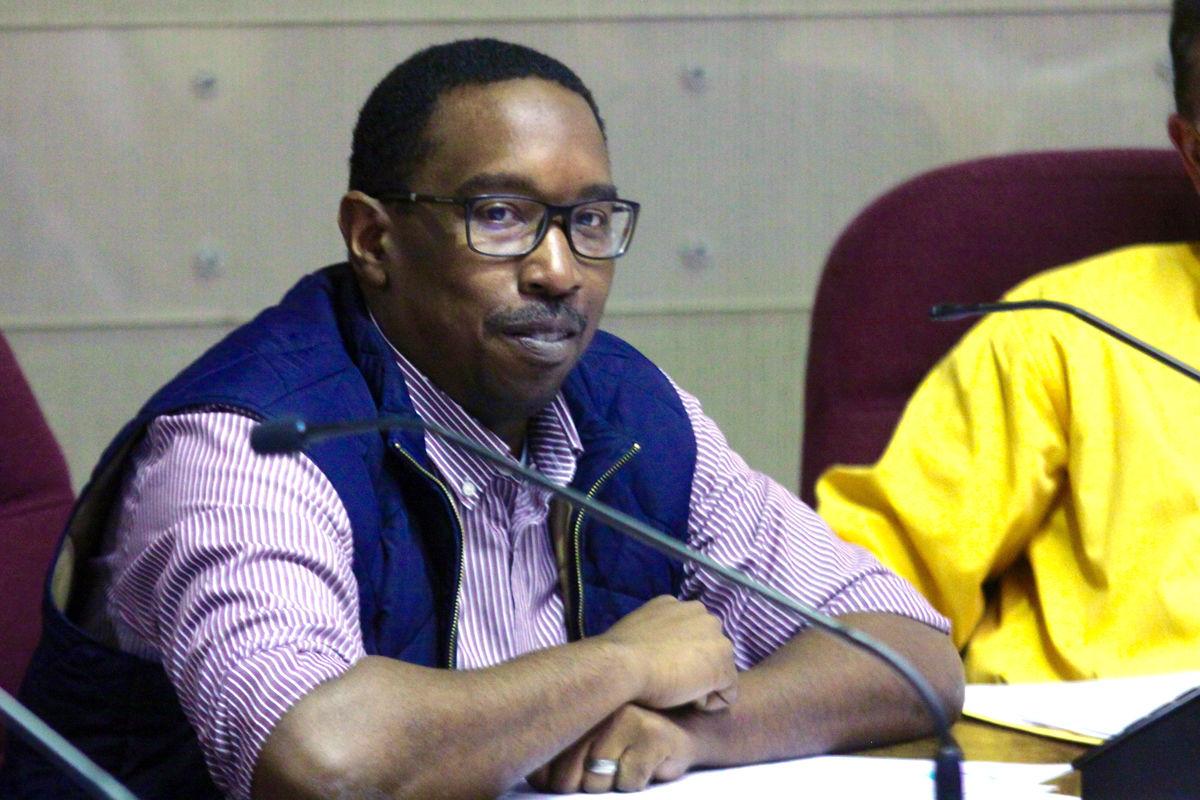 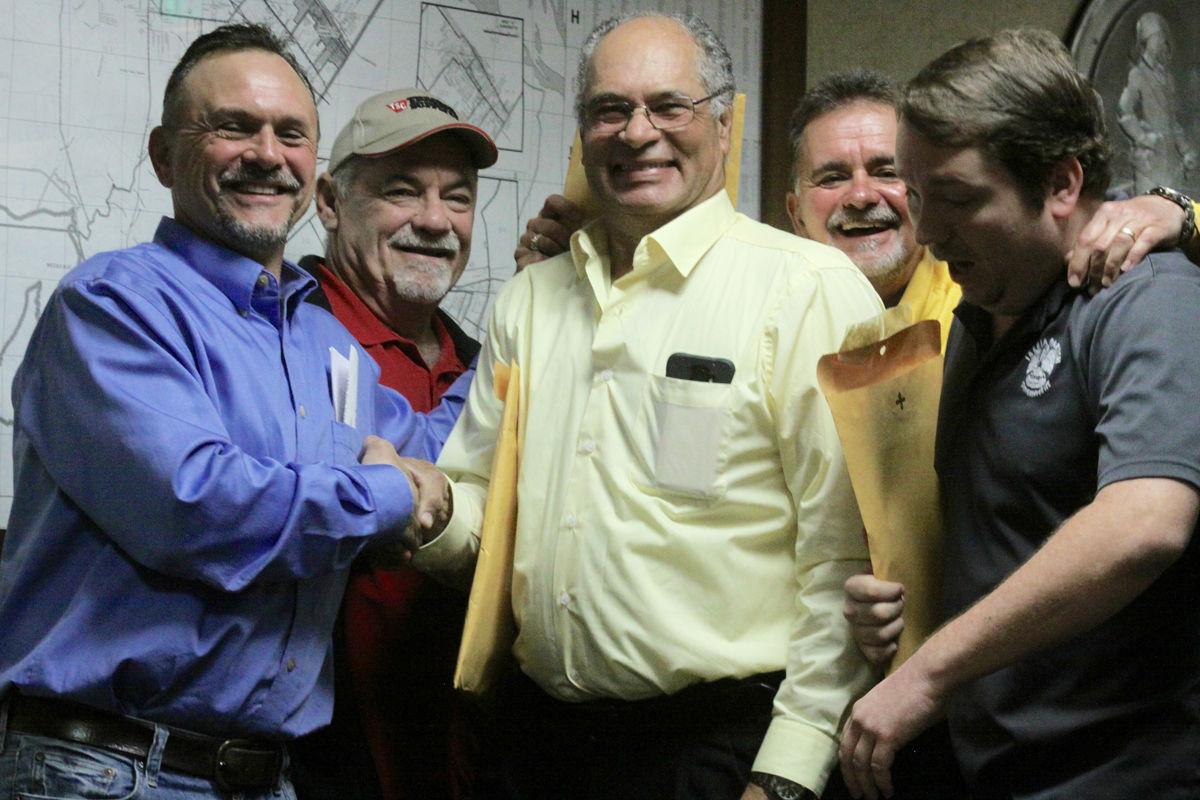 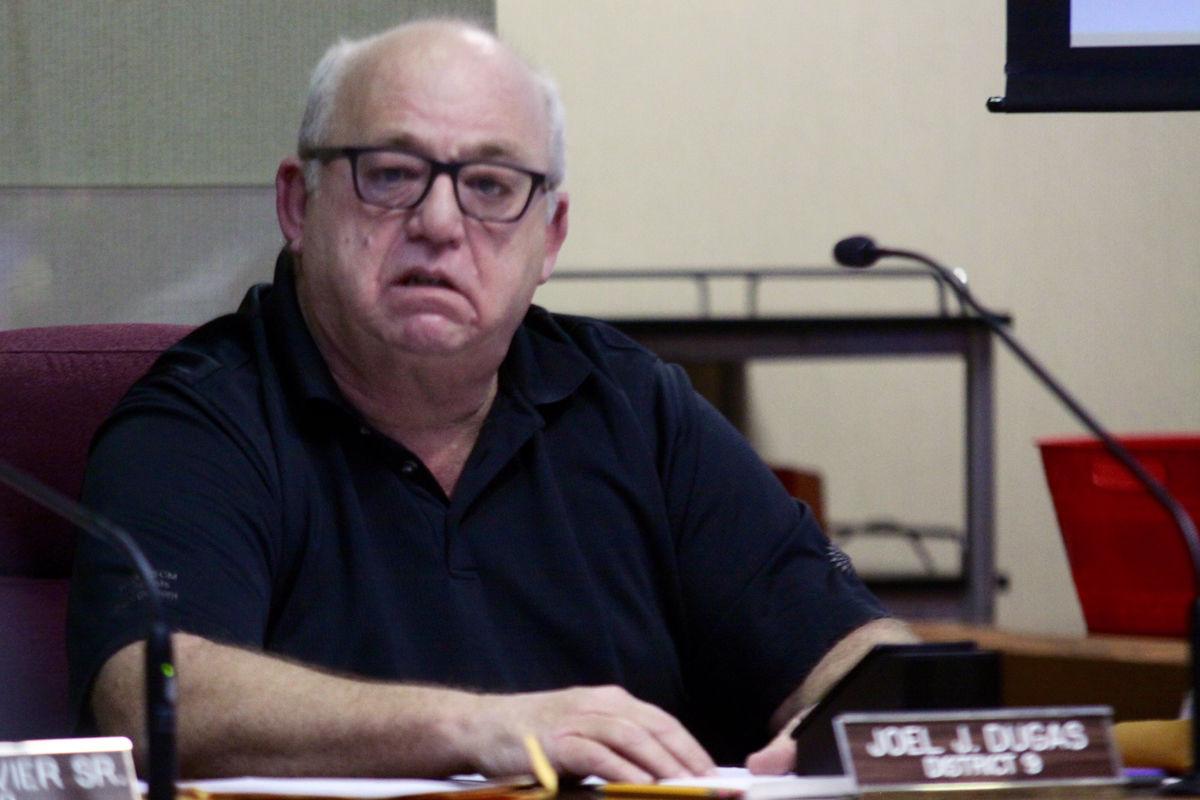 Outgoing Councilman Joel Dugas said he is confident that District 9 Councilman-elect Scott Ransonet will continue to serve the people of District 9 well. 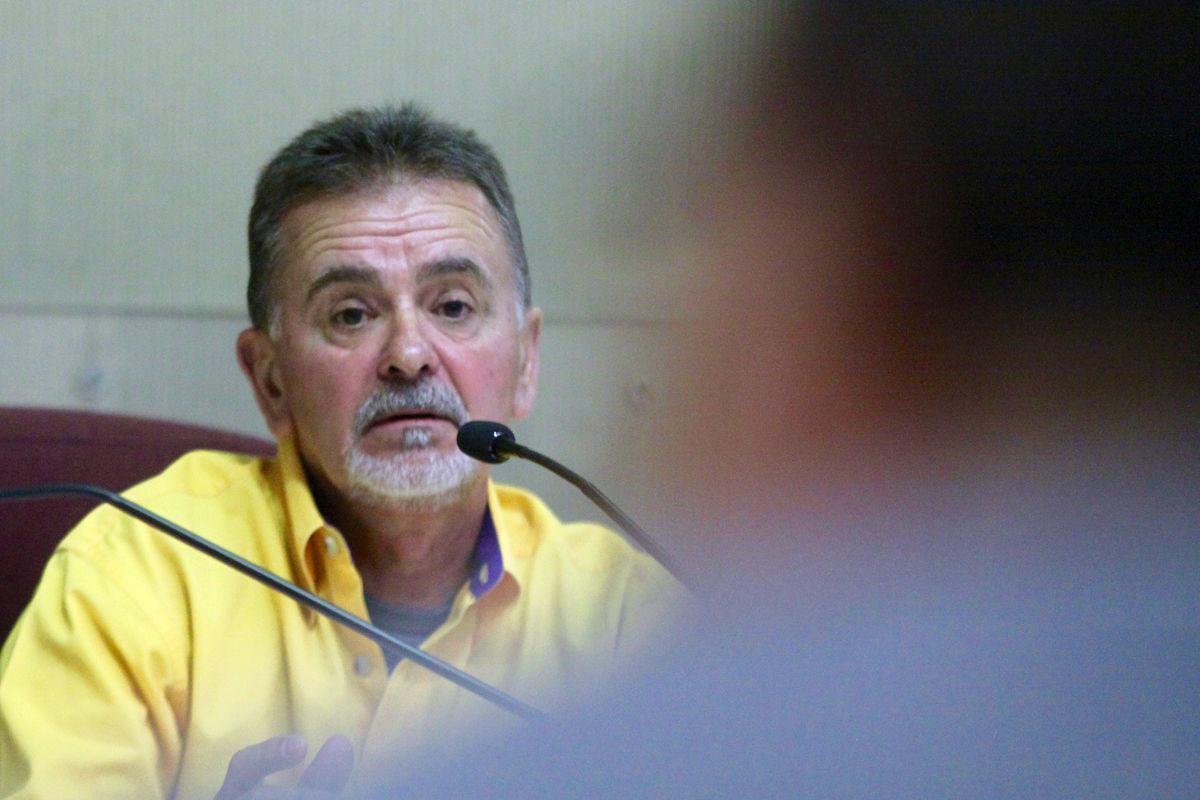 District 6 Councilwoman Natalie Broussard gives outgoing Councilman Joel Dugas a hug at the end of his last meeting with the council Wednesday evening.

Outgoing Councilman Joel Dugas said he is confident that District 9 Councilman-elect Scott Ransonet will continue to serve the people of District 9 well.

It was a combination work session and going away party Wednesday night as the Iberia Parish Council took care of a few items of business between farewells to the four outgoing members of the council.

“These four years have been good years,” Iberia Parish President Larry Richard said. “We’ve made a lot of progress. There’s still concerns regarding revenues, but the council did a good job with what we had to work with.”

The departing officials had some advice for both the incumbents who retained their seats and the incoming freshman class.

“I humbly served eight years on this council,” Gonsoulin said. “All I can tell you is to not get comfortable. Staying uncomfortable will help you to make the right decisions.”

He also said he plans to be active in politics and promised he would be running for another office in the future.

Dugas said he is comfortable turning his seat over to incoming Councilman-elect Scott Ransonet.

“District 9 will not slow down,” Dugas said. “I’ve met Scott, and he is of good character.”

“I have all your numbers in my phone,” said Francis.

The primary business before the council involved the rezoning of a property near Old Spanish Trail and Central Avenue in Jeanerette from an R-4 mobile home restriction to R-3, multi-family, which the council approved.

There was also a short discussion of paying travel for the incoming council members to attend a Louisiana Municipal Association orientation for newly elected officials.

“I haven’t been supportive of travel,” said District 11 Councilman Brian Napier, “but this one I’m going to support. For the new ones, this will get them off on the right foot.”

The council also expanded its agenda to pass a resolution of condolence for the family of Sharon Broussard Landry, the wife of former District 96 Rep. Terry Landry and sister-in-law of Councilman Michael Landry.

“Sharon fought cancer for 10 years,” Michael Landry said. “She was a fighter.”

In other business, the council:

• Passed resolutions of condolence for the families of former Iberia Parish Recreation and Playgrounds Executive Director Blaine Meche, who died on Dec. 21, and the family of Edna Bienvenu Landry, the mother of state Attorney General Jeff Landry, who died Dec. 29.

• Approved moving the polling station in Precinct 4 of District 11 from the CNI/Sewerage District Plant to the Morbihan Recreation Center.

Richard and the new council will be sworn in during ceremonies Monday, beginning at 11:30 a.m. in Courtroom A on the second floor of the Iberia Parish Courthouse. A reception will follow at the Sliman Theater on Main Street.