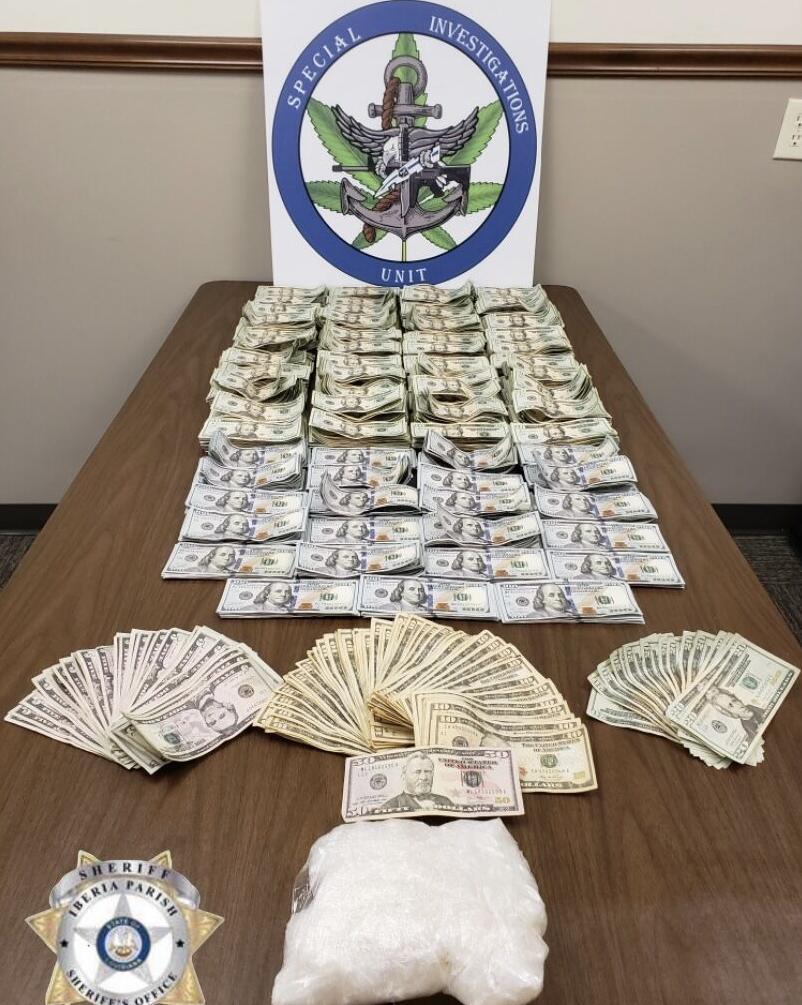 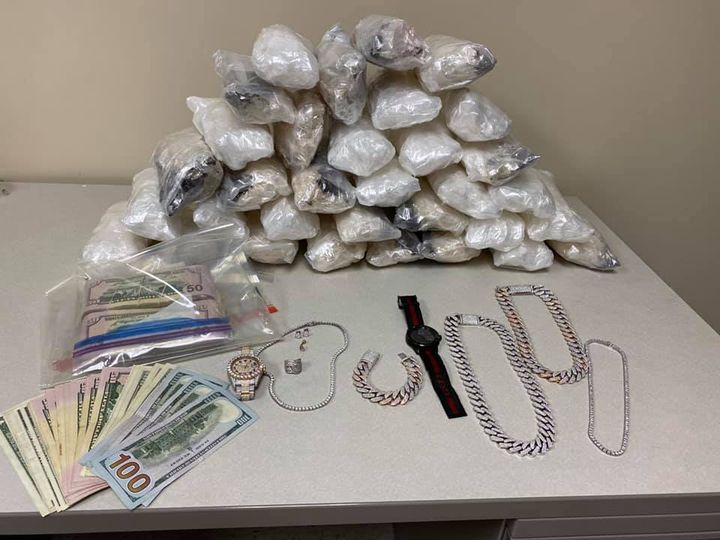 Some of the evidence seized in a New Iberia Police/Drug Enforcement Agency operation over the last months.

Some of the evidence seized in a New Iberia Police/Drug Enforcement Agency operation over the last months.

Several narcotics investigations in Iberia Parish over the last few months have come to fruition, with federal and local agencies making arrests in the past month.

According to IPSO Media Director Kathryn Breaux, investigators said Lance Narcisse, 34, was identified as a key suspect. Members of the Iberia Parish Sheriff’s Office Patrol Division pulled him over for a traffic stop, but Narcisse fled, carrying what officers said was two pounds of methamphetamine.

Narcisse was quickly captured after a short foot chase. When officers searched his vehicle, they found $8,000 in cash. He was arrested and booked into the Iberia Parish Jail and charged with possession with intent to distribute a Schedule II controlled dangerous substance, transaction involving proceeds from drug offenses, driving left of center, speeding, hit and run driving, resisting an officer, violation of controlled substance law, second or subsequent offenses, obstruction of justice.

Sixteenth Judicial District Judge Suzanne DeMahy set his bond at $18,000. He later bonded out. The investigation continued, leading detectives to seize an additional $85,000 in cash and one vehicle.

According to Breaux, additional arrests are pending.

In the city of New Iberia, agents assigned to the New Iberia Police Department narcotics unit teamed up with the Drug Enforcement Administration and conducted an investigation over the last several months. As a result, an NIPD spokesman said agents were able to intercept a vehicle transporting approximately 36 pounds of suspected crystal methamphetamine before being distributed in New Iberia.

In addition, approximately $400,000 in assets were seized. The street value of the seized narcotics alone is in excess of $800,000.

That investigation is on going, and no names are being released at this time. Meanwhile, New Iberia Police Department narcotics officers on May 6 conducted an operation after receiving information about an individual distributing illegal narcotics from a vehicle at a local business.

Agents located the vehicle and the suspect in the 1200 block of East Admiral Doyle Drive, where a department spokes man said Lionel Hill Jr., 40, was found in possession of suspected crystal methamphetamine and heroin.

Approximately 2 ounces of suspected heroin and 1 ounce of suspected crystal methamphetamine were recovered, along with about $1,500 in assets.