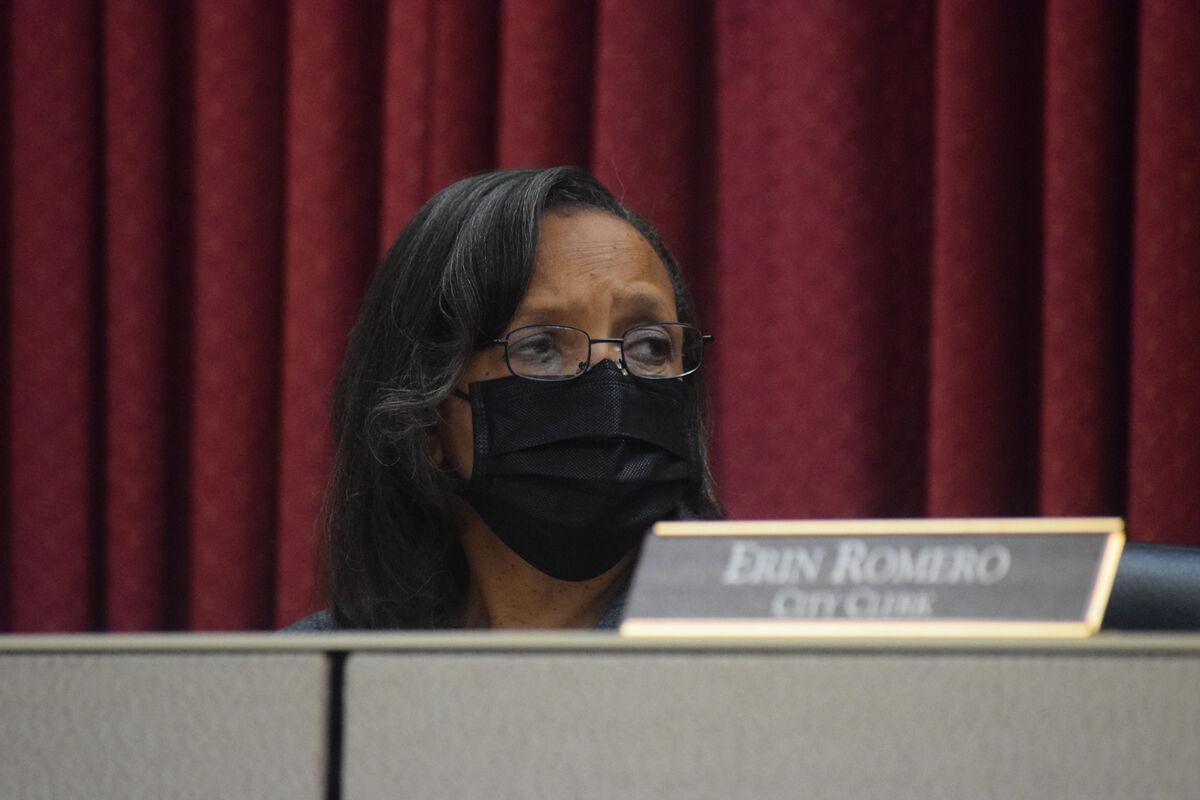 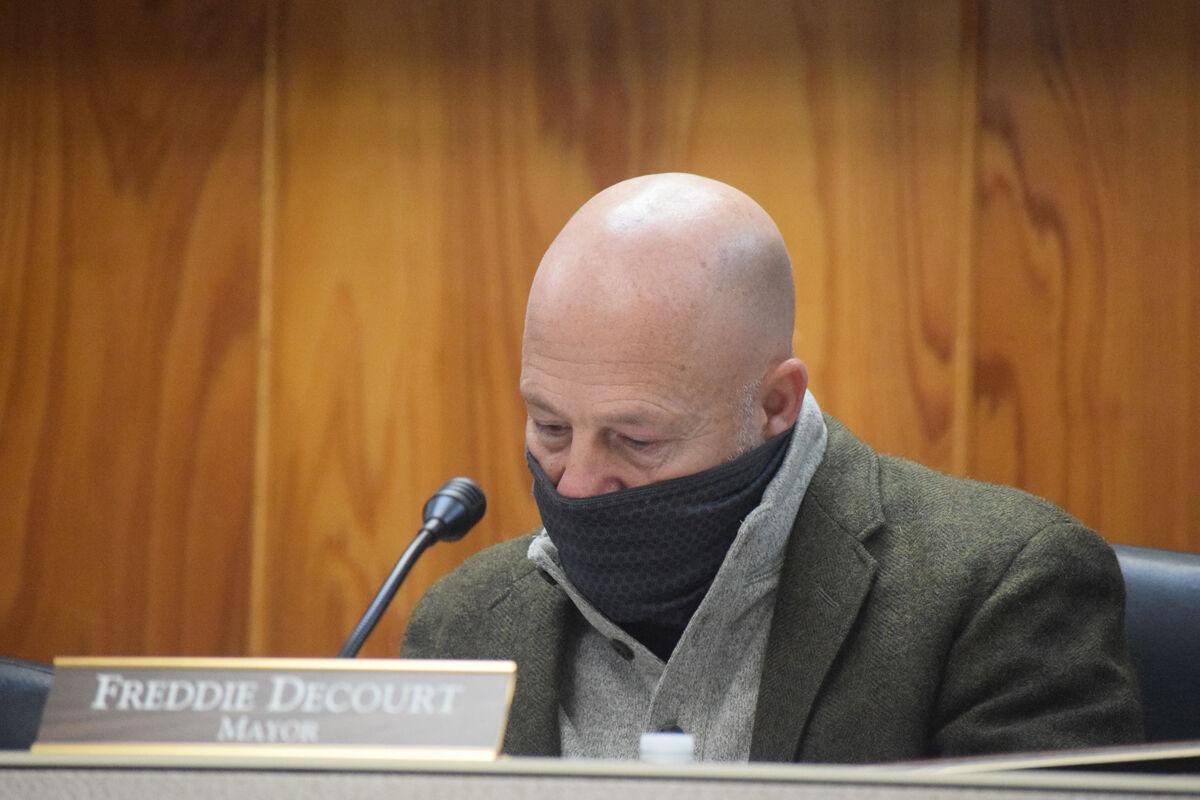 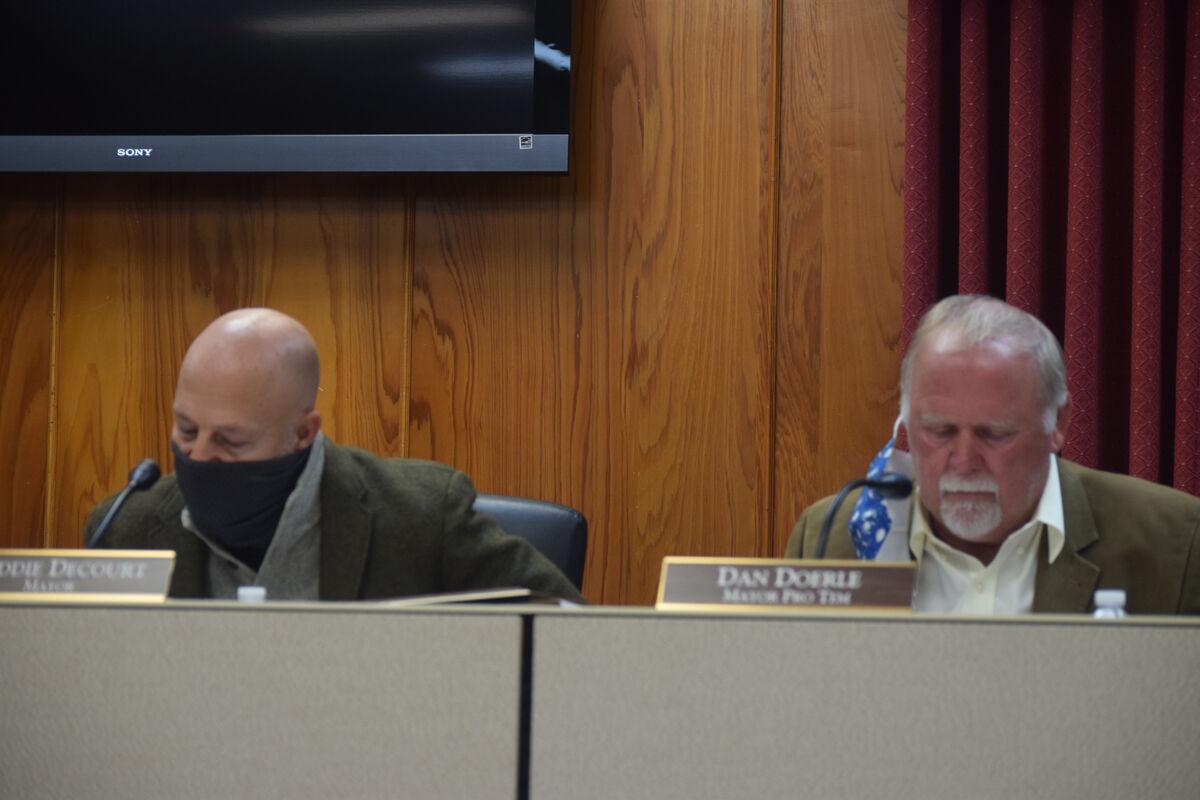 Mayor Freddie DeCourt and Mayor Pro Tem Dan Doerle look through the budget at the meeting.

Mayor Freddie DeCourt and Mayor Pro Tem Dan Doerle look through the budget at the meeting.

A move by Councilwoman Deidre Ledbetter to dedicate some funds to retiree health insurance was voted down at Tuesday’s New Iberia City Council meeting.

The vote came after an ordinance to approve a plan for the city’s CARES Act money came before the council at the meeting. The federal money came as part of the federal government’s COVID-19 funding package to help the city, and has been distributed to municipalities all over the country.

The council and administration had decided to use the funding on the city’s police and fire departments, as well as saving money for grant matches, district plans and New Iberia’s disaster fund.

Before the vote was made, Ledbetter asked Mayor Freddie DeCourt had changed any of the plans for the funding after a discussion last meeting when the councilwoman brought up the possibility of using some of the money for retiree insurance.

When the mayor said he hadn’t, Ledbetter offered a substitute motion to leave $100,000 of the disaster for the possibility of appropriating the funds to some type of program that would be discussed at a later date.

“I have spoken to several employees, they have come to me about it and asked about this,” Ledbetter said. “I feel it’s something I would want to seriously take a look at and see what we could do.”

After the motion was made, Mayor Pro Tem Dan Doerle said the motion wasn’t necessary because the disaster fund is relatively flexible.

“I don’t think there’s a purpose to do that,” Doerle said. “We can go back at any time and take it out anytime we want.”

Councilwoman Natalie Lopez added that $100,000 likely would not be enough to help with retiree insurance.

“When we’re talking about retirees health insurance, I was around when it went away and $100,000 would only put a dent in it,” Lopez said.

DeCourt said the proposition would have to be “all or nothing,” because a partial plan could possibly lead to legal trouble down the road. Other problems include problems with the audit and even the ability to bond, he said.

“If you gave just the employees that are retired now insurance, our insurance goes up $800,000 next year,” DeCourt said. “In 10 years we would be paying $4 million every year.”

After a vote was finally held, all but Ledbetter voted against the motion and accepted the original motion.

In other business, the City Council unanimously voted to:

• Allow the state Department of Public Safety to use the radio tower.

• Accept a bid and award a contract to Coastal Timbers for the marina project behind George Rodrigue Park.

• Approve budget amendments to carry funds over non utilized funds for the next year.