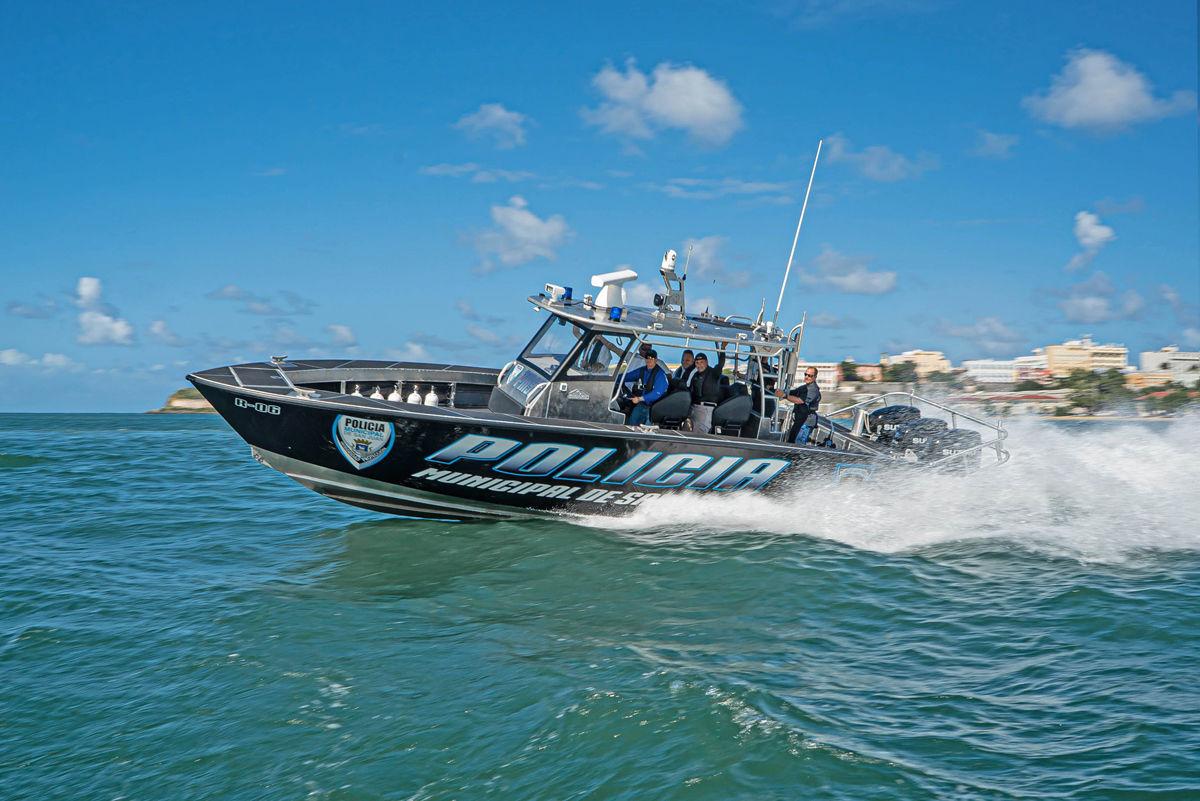 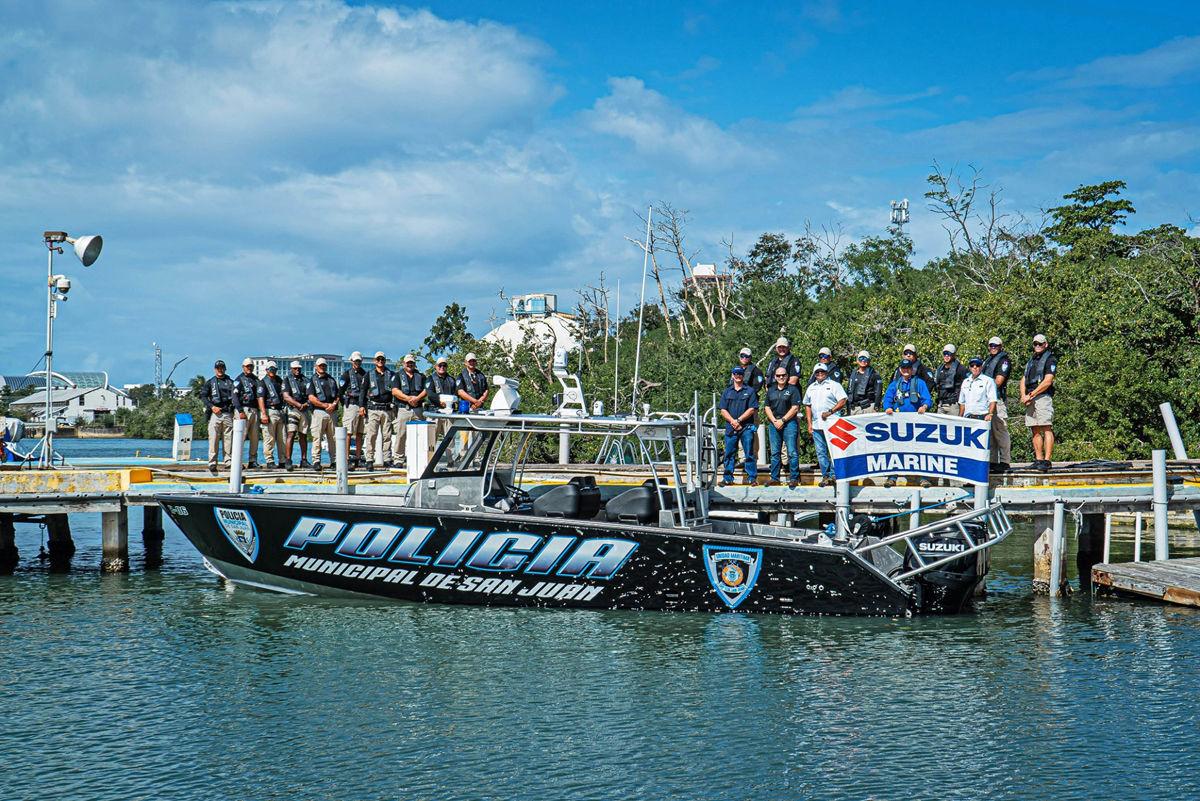 Members of the San Juan Police Department pose dockside with the new patrol boat that Metal Shark delivered from its Jeanerette facility recently.

Members of the San Juan Police Department pose dockside with the new patrol boat that Metal Shark delivered from its Jeanerette facility recently.

According to a prepared statement, the new patrol boat is a 36 Fearless stepped-bottom center console vessel built at Metal Shark’s Jeanerette production facility and custom-configured to meet the specialized requirements of the San Juan Police Department.

“The design, construction and performance characteristics of this highly capable craft have been extensively proven in Puerto Rico’s demanding open-ocean conditions, with the Puerto Rico Police Department logging over 3,000 hours per year in its Metal Shark 36 Fearless vessels,” said Metal Shark’s vice president of international business development, Henry Irizarry in a prepared statement.

“Metal Shark’s performance, durability and safety, as demonstrated and proven by the PRPD over years of around-the-clock operation, made the selection of this vessel a logical choice for the San Juan Police.”

The San Juan Police will use the new Metal Shark to support a wide range of missions. The department provides port security and law enforcement to the Port of San Juan and the metropolitan San Juan coast, and also supports dive operations throughout the island.

“Puerto Rico presents unique challenges from a maritime law enforcement perspective due to the vast range of missions routinely conducted by its agencies, including disaster relief, search and rescue, counter narcotics, border patrol and interdiction missions, all of which may be conducted in heavy offshore conditions,” Irizarry said. “Metal Shark is proud to be repeatedly chosen by Puerto Rico’s law enforcement agencies for these demanding but vital missions.”

In addition to this newest delivery, Metal Shark has multiple other projects for Puerto Rico in various stages of development, including a custom 27-foot vessel currently being built for another Puerto Rico government agency.

Metal Shark is a diversified shipbuilder specializing in the design and construction of welded aluminum and steel vessels from 16 feet to over 300 feet for defense, law enforcement and commercial operators, according to the statement.

Metal Shark’s 500-plus employees produce more than 200 vessels per year at three fully self-contained shipbuilding facilities in Alabama and Louisiana plus a dedicated engineering facility in Croatia.