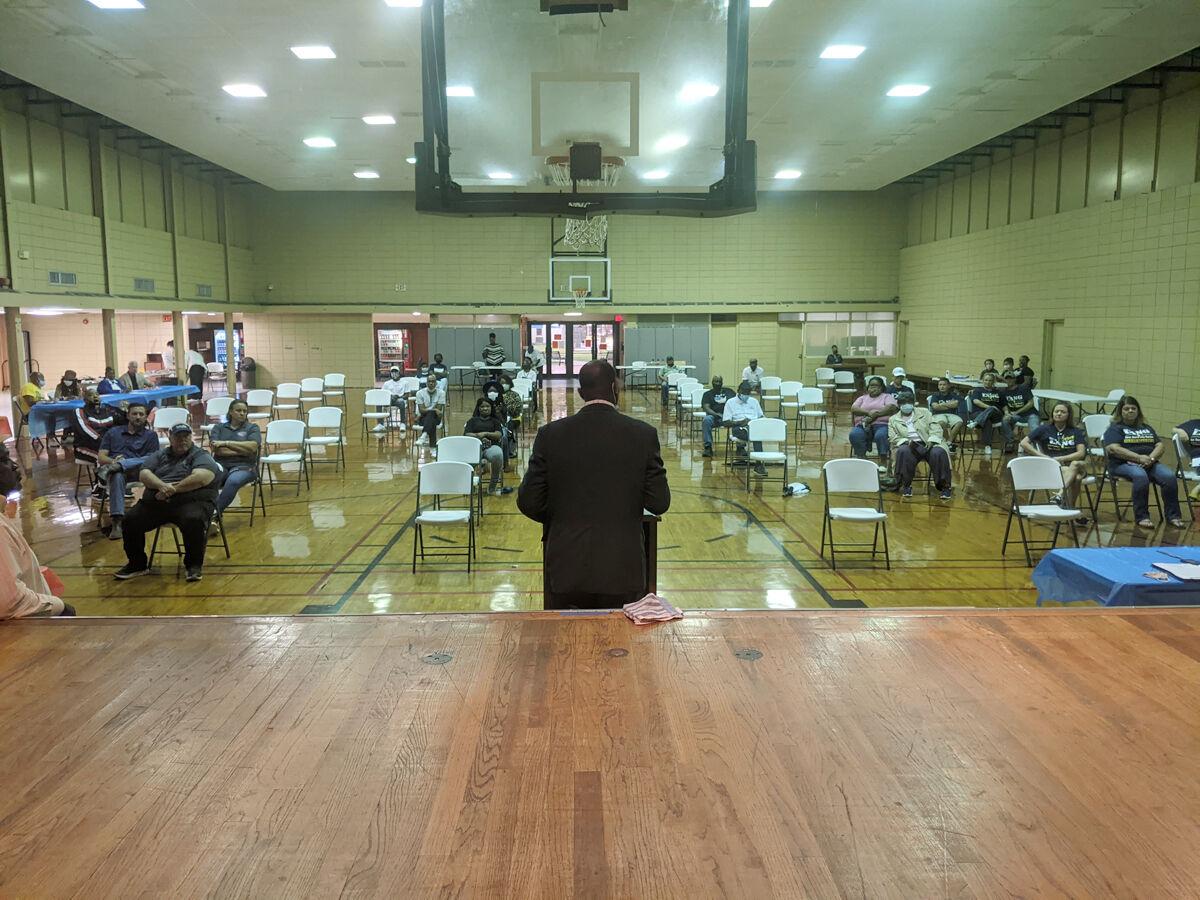 The Rev. Zack Mitchell says a prayer prior to the state of a forum Thursday featuring local political candidates at the Cyr-Gates Community Center. 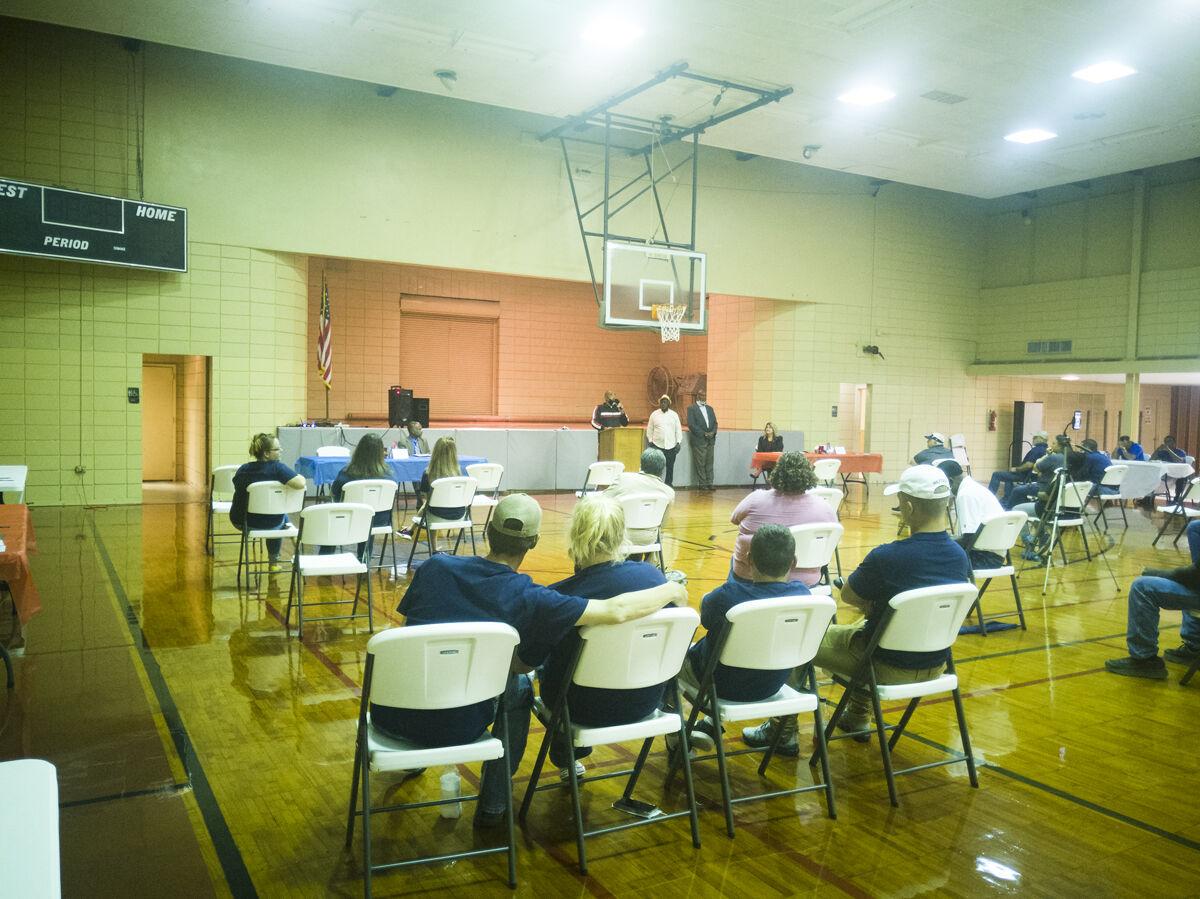 Members of the Iberia Christian Ministerial Federation give a blessing and explain the evening's rules for Thursday's forum at the Cyr-Gates Community Center.

The Rev. Zack Mitchell says a prayer prior to the state of a forum Thursday featuring local political candidates at the Cyr-Gates Community Center.

Members of the Iberia Christian Ministerial Federation give a blessing and explain the evening's rules for Thursday's forum at the Cyr-Gates Community Center.

The Iberia Christian Ministerial Federation and A New Chapter PUSH organized a candidate forum at the Cyr Gates Community Center Thursday evening, but many candidates weren’t able to make it.

Neither of the two candidates for district attorney, incumbent Bo Duhé nor challenger Lori Landry, made it to the event.

Neither did most of the six candidates for two seats for the two open 16th Judicial District Court seats. Although Thailund Porter-Green did send a surrogate to deliver a statement, only Roger Hamilton, running for Division H, and Natalie Broussard, running for the Division F seat, appeared in person.

In the New Iberia City Marshal race, challengers Bret Lang and Corey Porter were on hand, but incumbent Tony Miguez was not.

That’s not to say there were not some contested races where vying candidates faced off. All three candidates for mayor pro tem — Ricky Gonsoulin, David Merrill and Paul Schexnayder — were on hand, as were New Iberia City Council District 2 incumbent Marlon Lewis and his challenger, Benjamin T. Meyers, and District 5 incumbent Sherry Guidry and challenger Deedy Johnson-Reed.

The candidates in large part had similar takes on the issues facing their offices. There was some contention among the pro tem candidates when Gonsoulin said he was the candidate with experience, eliciting a strong response from Merrill who pointed out he had already served for eight years on the council.

There was also a moment when Johnson-Reed said there were no options for those seeking higher education in New Iberia, prompting Guidry to reply that SLCC has many options available. In her response, Johnson-Reed then pointed out that she had volunteered at SLCC and was aware of the programs, but felt it was obvious that the school’s offerings were not being marketed to the potential students in the Teche Area.

Meyers once again raised the question of Lewis’ residency, saying that he was not domiciled in his district. He had raised the same issue in his previous run against Lewis, at which time Lewis’ use of his barber shop as his legal address for his residency was found to comply with state law.

Overall, the evening did not seem to sway the convictions of the 40 or so voters in the audience, most of whom wore shirts with the names of the candidates they supported.

Early voting for those races is already underway. Election day is on Nov. 3.