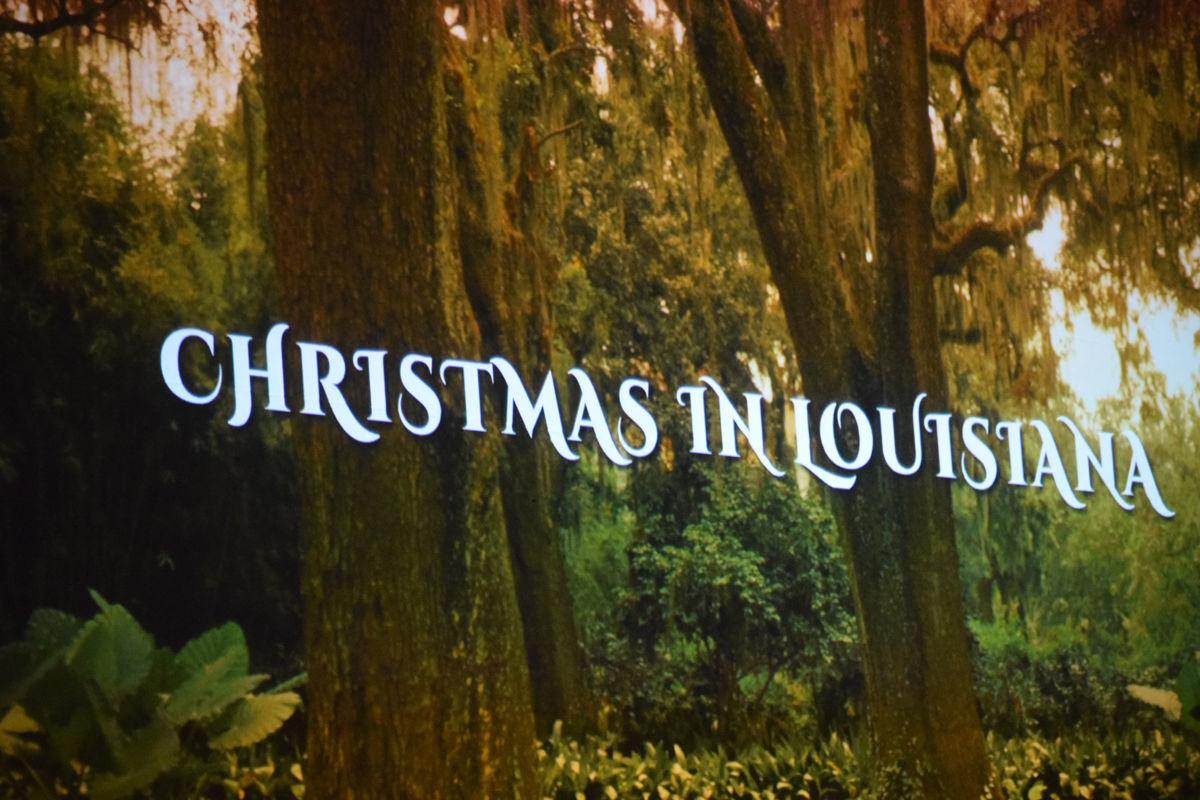 ‘Christmas in Louisiana’ shows on the big screen Thursday as the film premieres in the Steamboat Warehouse Pavilion in New Iberia. The film’s producer thanked local residents and merchants for their help during filming over the summer. 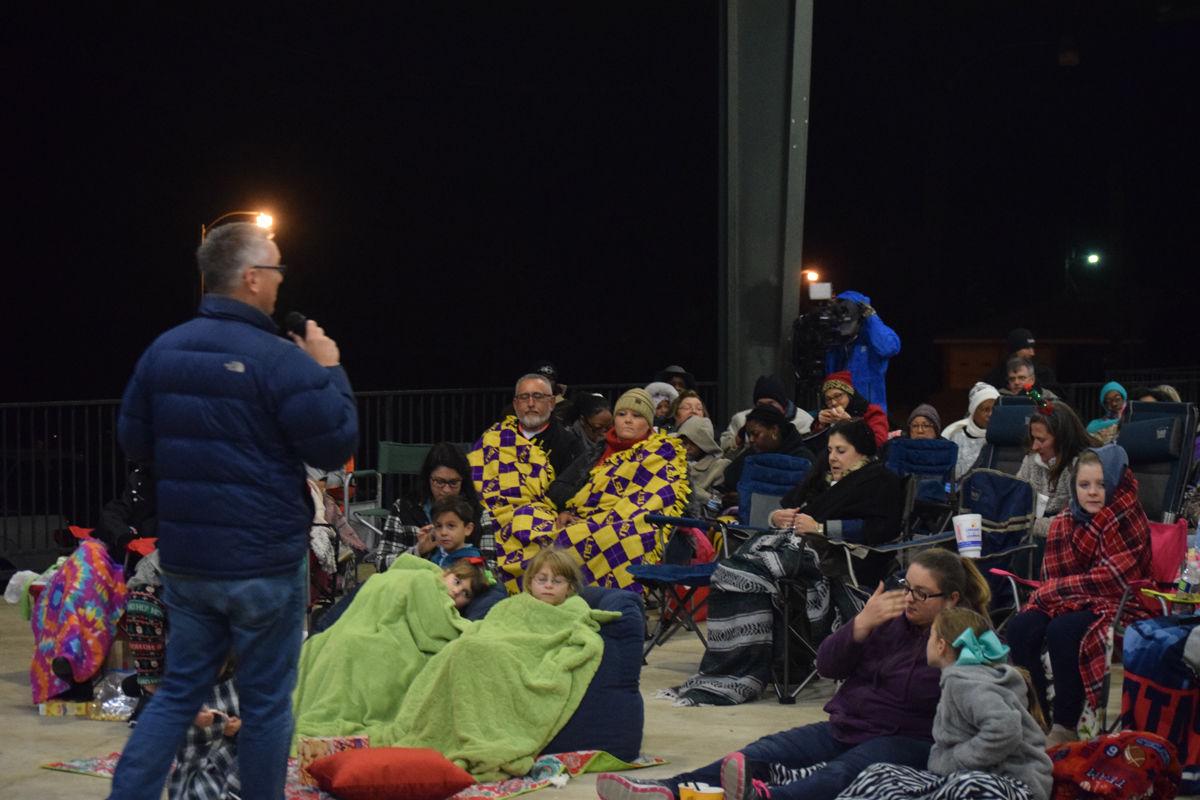 Iberia On Tap founder Wess Robison speaks to the crowd on Thursday. 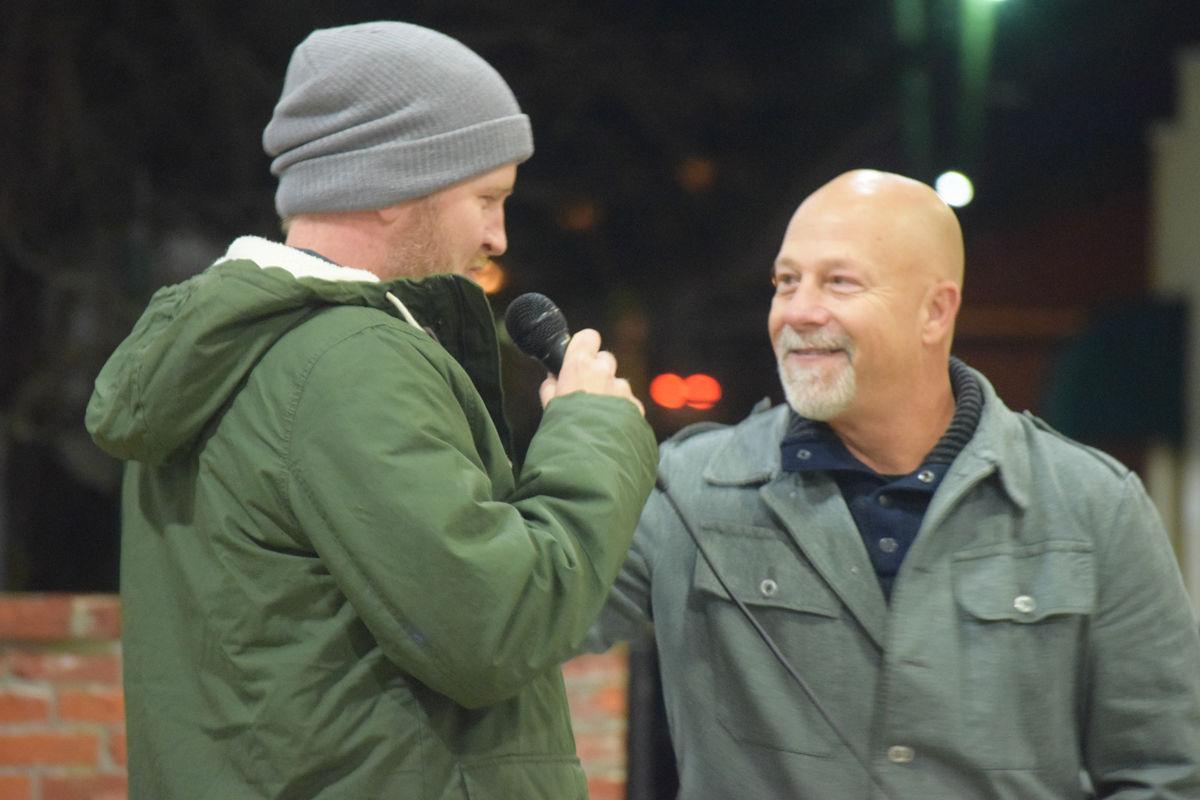 ‘Christmas in Louisiana’ shows on the big screen Thursday as the film premieres in the Steamboat Warehouse Pavilion in New Iberia. The film’s producer thanked local residents and merchants for their help during filming over the summer.

Iberia On Tap founder Wess Robison speaks to the crowd on Thursday.

The Steamboat Warehouse Pavilion was packed Thursday night despite cold and windy weather for the premiere of a Lifetime movie filmed earlier this year in New Iberia.

With Christmas lights, popcorn and at least 100 people, the premiere could only be described as magical for all involved.

The film, titled “Christmas in Louisiana,” was shot and set in New Iberia after weeks of work by a cast and crew that worked in town during the summer. As a show of support, local residents and downtown New Iberia business owners decorated their buildings with Christmas ornaments to be featured in the film.

“I think this is really kick*** for our city. There’s no other way to put it,” New Iberia Mayor Freddie DeCourt sait at the event. “We were blessed to get the movie and it’s a real community event.”

The mayor said it was a proud moment for him because local residents helped the film crew, then came out in droves to watch the premiere.

Film producer Daniel Lewis also spoke to the audience. He said the hospitality shown from the community is still discussed favorably by the cast and crew.

For Lewis, filming in New Iberia had been in the back of his mind for a long time. He said he had come to town about 10 years ago for a wedding and was struck by the scenery.

“I just remembered the charm of this town and how picturesque it was and how passionate people are about their town,” Lewis said. “I’ve always had New Iberia in the back of my mind as a place that would be great for a film.”

When he got the opportunity to produce “Christmas in Louisiana,” Lewis said someone suggested New Iberia and he knew in his gut it was the right choice.

Lewis also said the work DeCourt had done to make production possible was essential to the filming of the project.

“As soon as we got here, the first day I sat down with Freddie,” Lewis said. “He said, ‘Look, if this is good for my town, it’s good for me.’ He was asking if this would help tourism and show us off in a positive light. He was the main reason we ended up coming to New Iberia.”

But the producer added the support from local residents also made the film a success. When a boat parade scene was postponed one night due to rain, Lewis said almost all of the local boaters returned the next week to be part of the film.

“Making movies is very complicated and for those of you that were here during filming, it rained all the time,” he said. “Everything that could go wrong did go wrong, but we were able to adjust ourselves constantly thanks to the support of the community. We could not have done it without you guys, that’s not me saying something nice, it’s true.”

The film itself is billed as a multi-generational love story with a Christmas theme. The television premiere for “Christmas in Louisiana” is set for today at 7 p.m. on the Lifetime Channel.