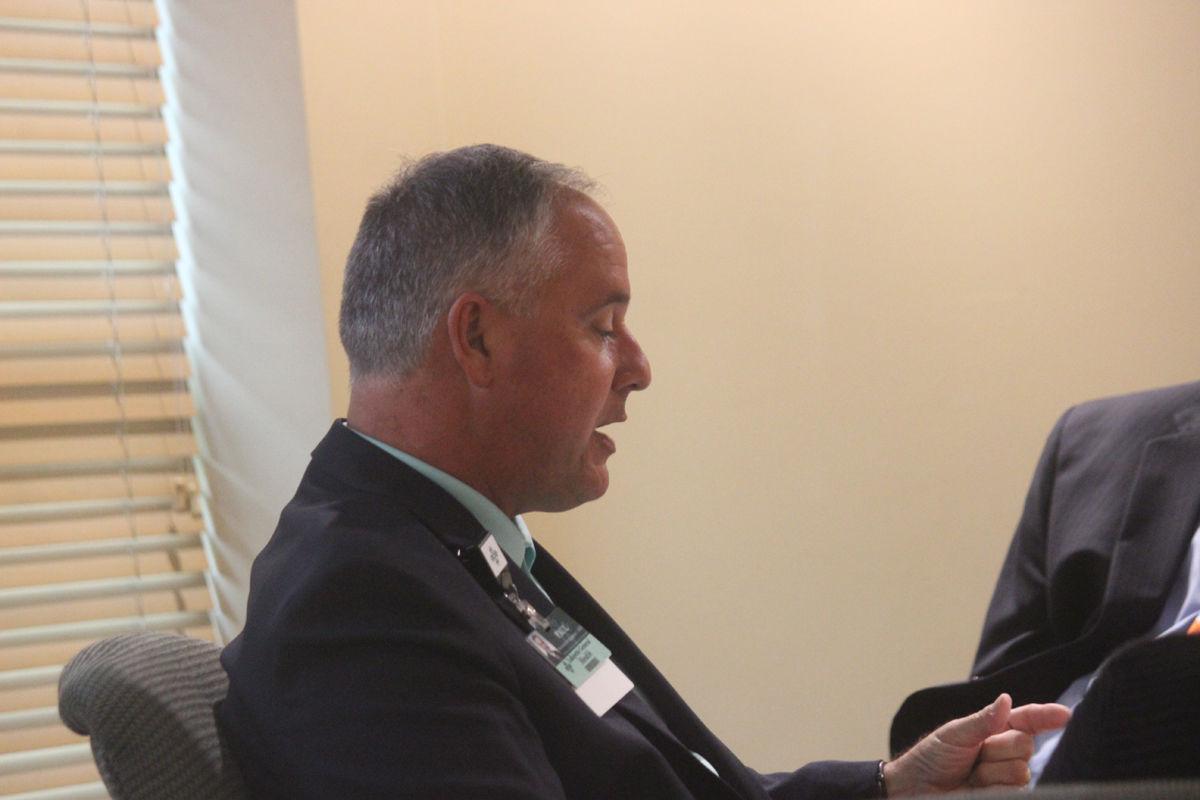 Paul Molbert with Lafayette General speaks about collaborative services at Thursday’s meeting of the Iberia Medical Center Board of Commissioners. 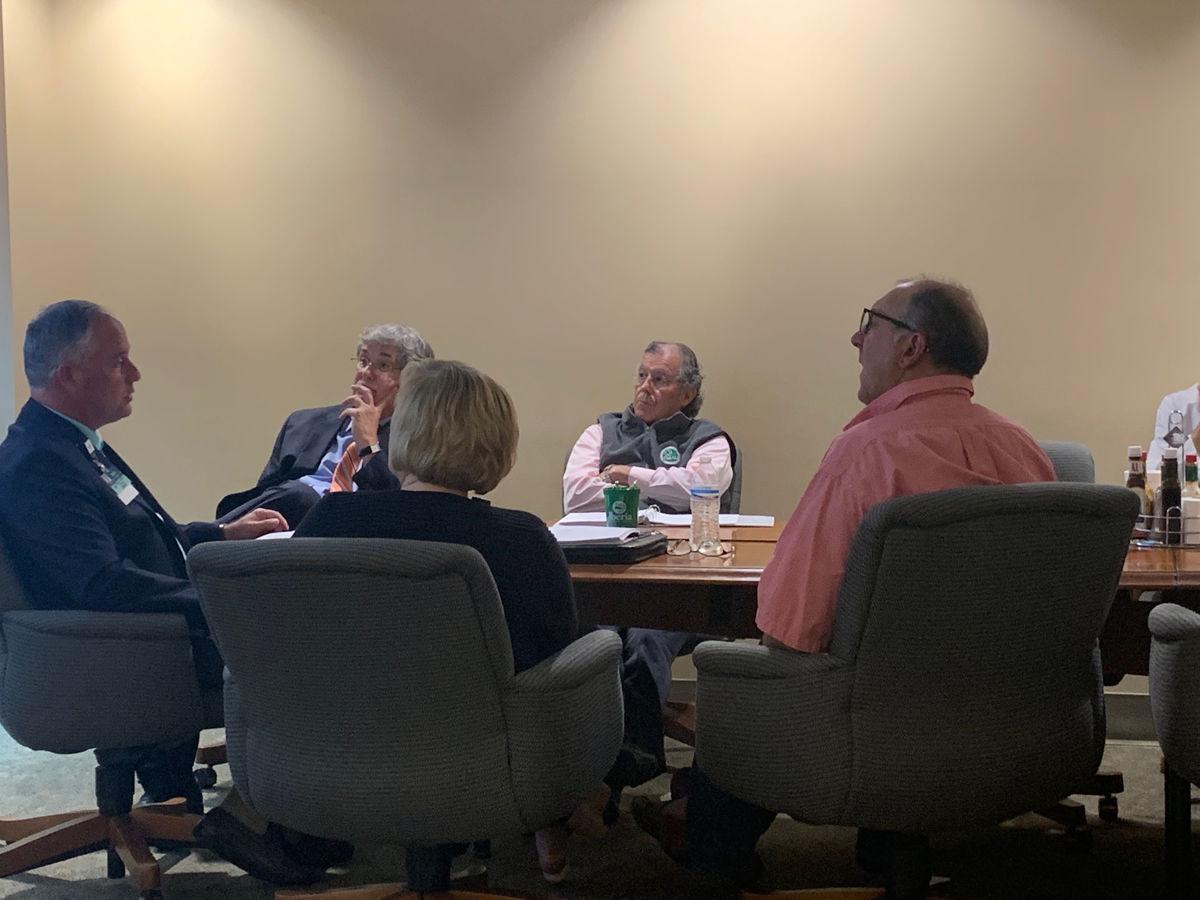 Board members listen to a budget presentation at the Iberia Medical Center Board of Commissioners meeting Thursday. 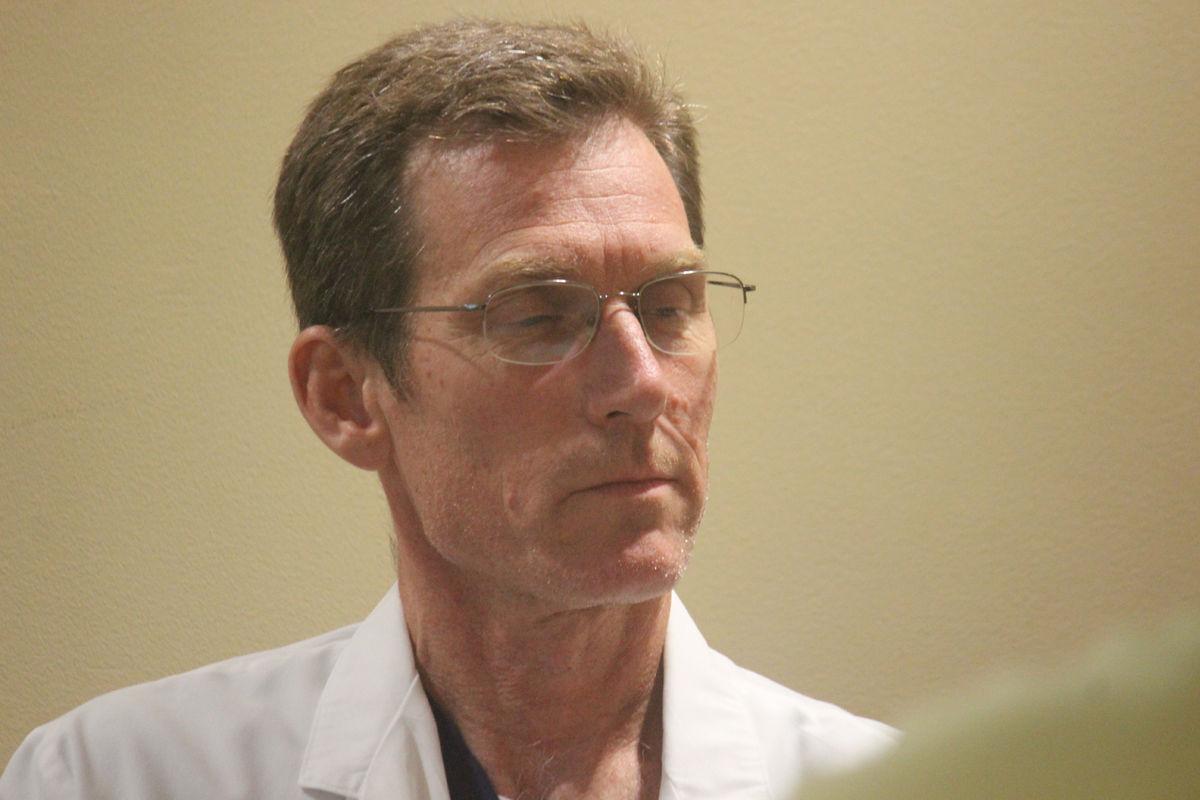 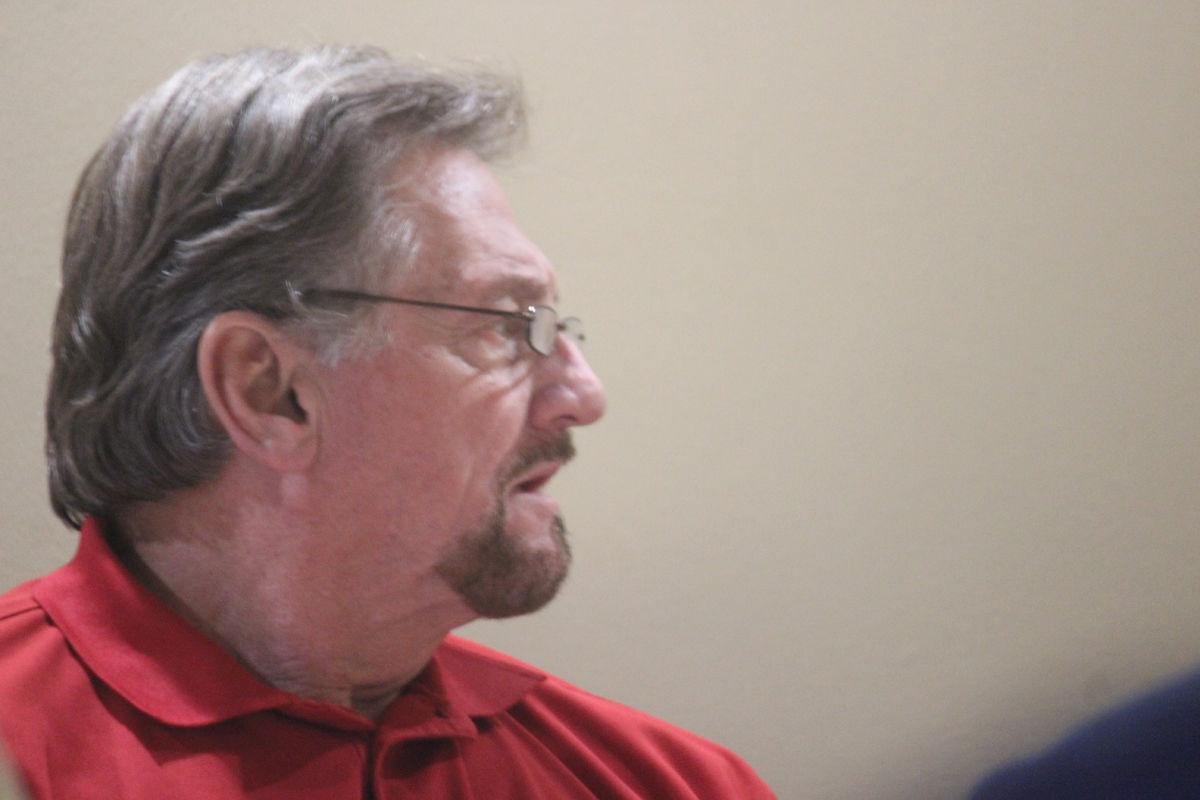 Paul Molbert with Lafayette General speaks about collaborative services at Thursday’s meeting of the Iberia Medical Center Board of Commissioners.

Board members listen to a budget presentation at the Iberia Medical Center Board of Commissioners meeting Thursday.

It was a brief, lowkey meeting during the Iberia Medical Center Board of Commissioners meeting Thursday, with the board putting aside recent controversies to focus on the budget of the hospital and updates around the campus.

After a quick budgetary review, the board was updated about cooling towers recently installed on campus, with the second of two coming online Thursday.

Installation of the towers started Friday evening, and should be completed this week, according to overseers of the project.

Chief Administrative Officer Parker Templeton updated the board on a leadership development institute that had taken place at IMC, where 442 employees attended several sessions put on for the program.

Employee-physician engagement surveys were also in the process of being doled until next week.

“Our participation rate is not quite at our goal,” Templeton said. “We traditionally saw 90 percent participation of the surveys, we’re at about 75 percent right now so we’re making a strong push to provide us with feedback.”

Templeton also mentioned the Firestarter Project, a program put on by the Greater Iberia Chamber of Commerce and aimed at spotting future leaders, was conducted at IMC.

“High school students pursuing careers in healthcare spent several weeks in the hospital learning about different fields,” he said. “We had the opportunity to showcase our hospital and the role we play in the community.”

The public portion of the meeting adjourned after brief state and congressional updates about the healthcare industry from Templeton.