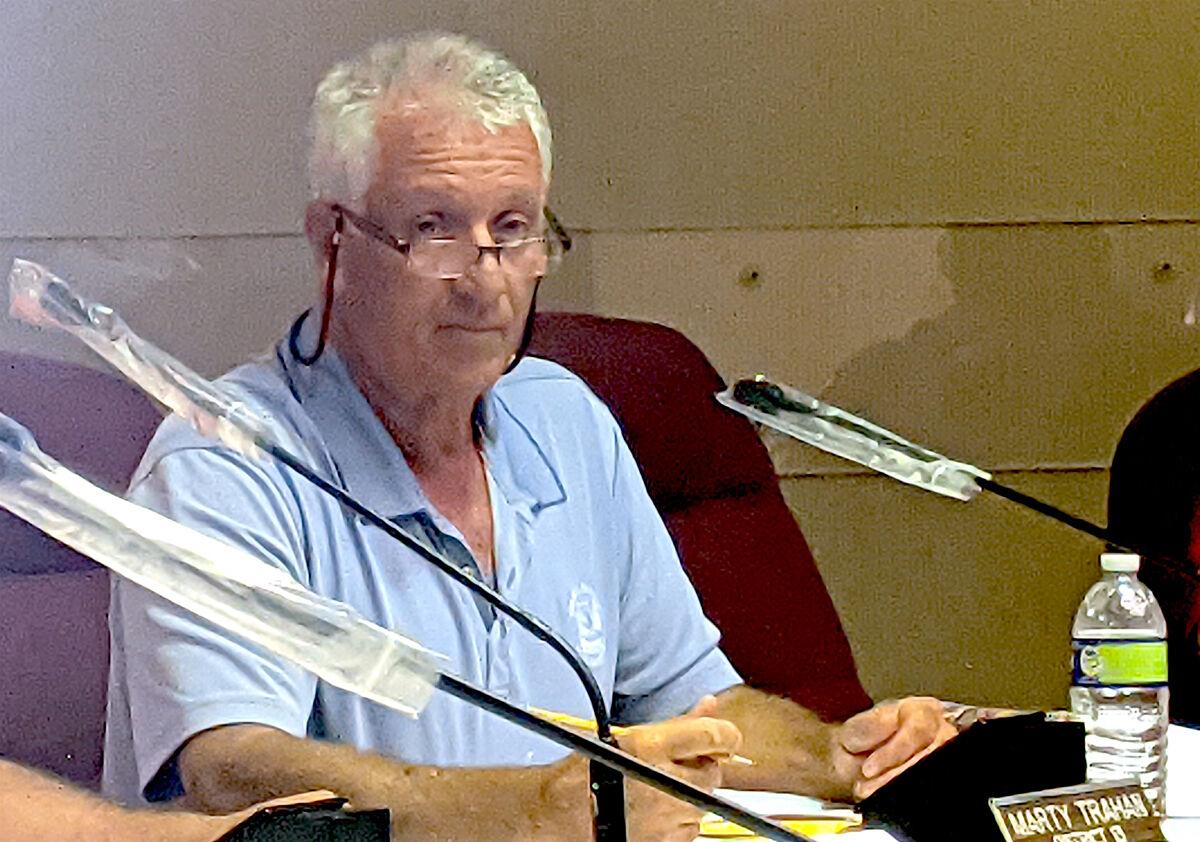 District 13 Councilman Marty Trahan said he did not intend to say that the parish administration had not followed up on flooding issues, instead attributing the lack of action on some issues to a lack of money to fund projects. 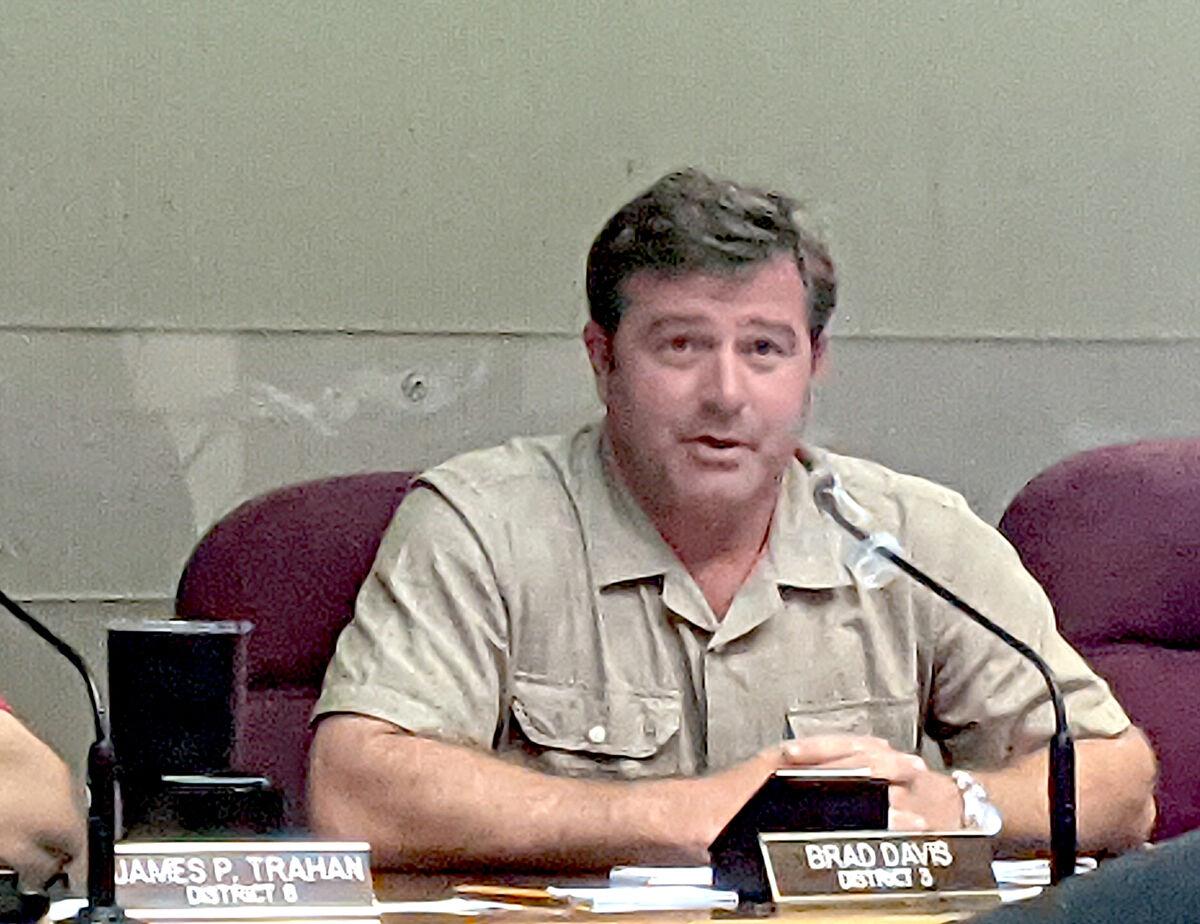 District 3 Councilman Brad Davis told council members that Wednesday was his last meeting as a member of the council. He had announced earlier in the year that he was moving with his family to north Louisiana for professional opportunities.

District 13 Councilman Marty Trahan said he did not intend to say that the parish administration had not followed up on flooding issues, instead attributing the lack of action on some issues to a lack of money to fund projects.

District 3 Councilman Brad Davis told council members that Wednesday was his last meeting as a member of the council. He had announced earlier in the year that he was moving with his family to north Louisiana for professional opportunities.

Flood control was the largest single topic up for discussion Wednesday night when the Iberia Parish Council met, but the discussion eventually went where all government discussions end up — dealing with finances and how to pay for projects to solve the parish’s flood control issues.

“I heard from the public that it sounded like I was saying (Parish President) Larry (Richard) was not doing his job,” Trahan said as he discussed the various projects that had been approved in 2017 and 2018 along the Norris Branch, Segura Branch, Petit Anse and Bayou Parc Perdue. “We just don’t have any money. And we are going to have to go find money.”

The issue of the engineering studies along the various waterways and a retention pond proposed for the Parc Perdue area came up at the council’s committee hearings on May 26. Trahan had requested that the administration provide updates on all of the projects, which brought those resolutions to the regular council meeting Wednesday night.

Richard provided council members with a map showing the drainage work that had been done in house, using parish Public Works employees, on the various canals and drainage ditches.

The map showed that about 13 miles of drainage channels had been cleared, but much more work remained to be done.

“Some of the things we wanted to do in 2018, there’s just no money to do it,” Richard said. “We have close to $1 million for it, but we can’t spend it right now because we are coming up on our budget process.”

Trahan said he was looking for the engineering estimates in particular so the council could apply for grants and other funds for the actual work to be done.

“For the engineering on Bayou Parc Perdue, we need these cost estimates so we can go look for money,” Trahan said. “We don’t have the money in the Public Works budget, so we need to go look for it at the state level.”

Richard said that some of the work on the retention pond for Parc Perdue had been completed, but had not moved at a speed he was happy with.

“We have the modeling and cost effect analysis,” Richard said. “It was completed nine months ago. We are waiting for a letter authorizing DOTD approval for Phase II. I’ve expressed frustration with the way this process has worked. Hopefully, when Fenstermaker (the engineering firm tasked with the study) is finished, we will have what we need for the retention ponds.”

As for the Petit Anse projects, Trahan asked if there were any parts that could be handled with parish employees.

“Can we do some of that work ourselves?” Trahan asked.

“I would think not, Richard replied. There may be some isolated areas, but no, not really.”

The council voted to table the matters until July 14, when the discussion will be taken up again.

In other business, the council wished District 3 Councilman Brad Davis good luck on his new venture in north Louisiana. Davis had said earlier this year that he would be relocating to take advantage of a business opportunity and would have to relinquish his council seat. Wednesday was his last meeting.

“I am disappointed I am having to give up this position,” Davis said. “Thank you all for all the support and coaching as the year went on.”

“It has been great working with you,” Richard said. “We are certainly going to miss you. I thought you have done a great job. No matter where you are going to go and what you are going to do, you will have a bright feature.”

Once Davis’ resignation letter is officially received by Secretary of State Kyle Ardoin, the council will have 20 days to name an interim until the October election, when a permanent replacement for the remainder of his term can be selected.

Registrar of Voters Kristie Blanchard gave the council a briefing on the changes that are underway for that election. Because election maps are in the process of being redrawn due to the most recent census, the October election will be held using a temporary map, with only 37 precincts.

“We are going to have to do the work twice,” Blanchard said. “We will have 37 precincts for the October election, then we will have to wait for the reapportioned map to be finished, which will probably bring it up to 50 or so.”

If it were not for the three special races on the October ballot — New Iberia city marshal, Ward 2 justice of the peace and now Iberia Parish Council District 3, the next election would not occur until 2022, which would have allowed time for the reapportioned map to be completed.