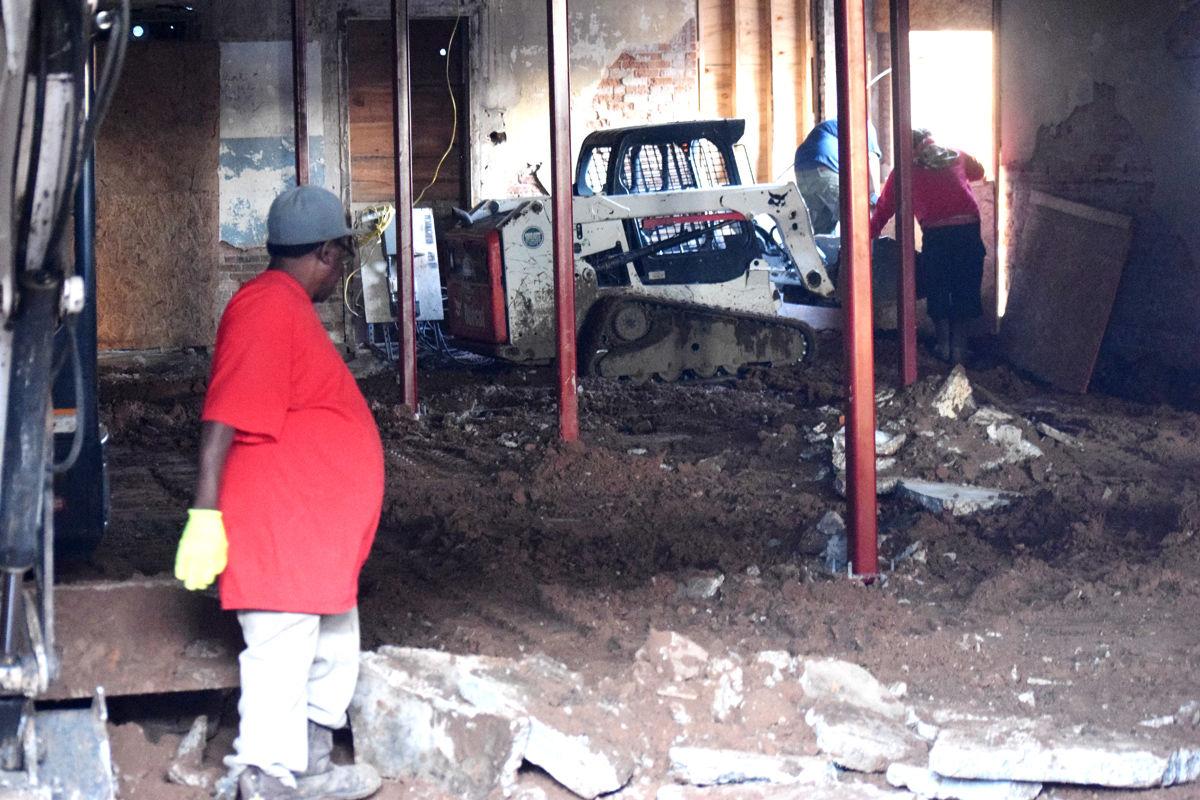 Construction workers were busy Saturday removing the old concrete floor from the site of the new ‘Doc’ Voorhies wing of the Bayou Teche Museum at the corner of Serret Alley and Main Street. 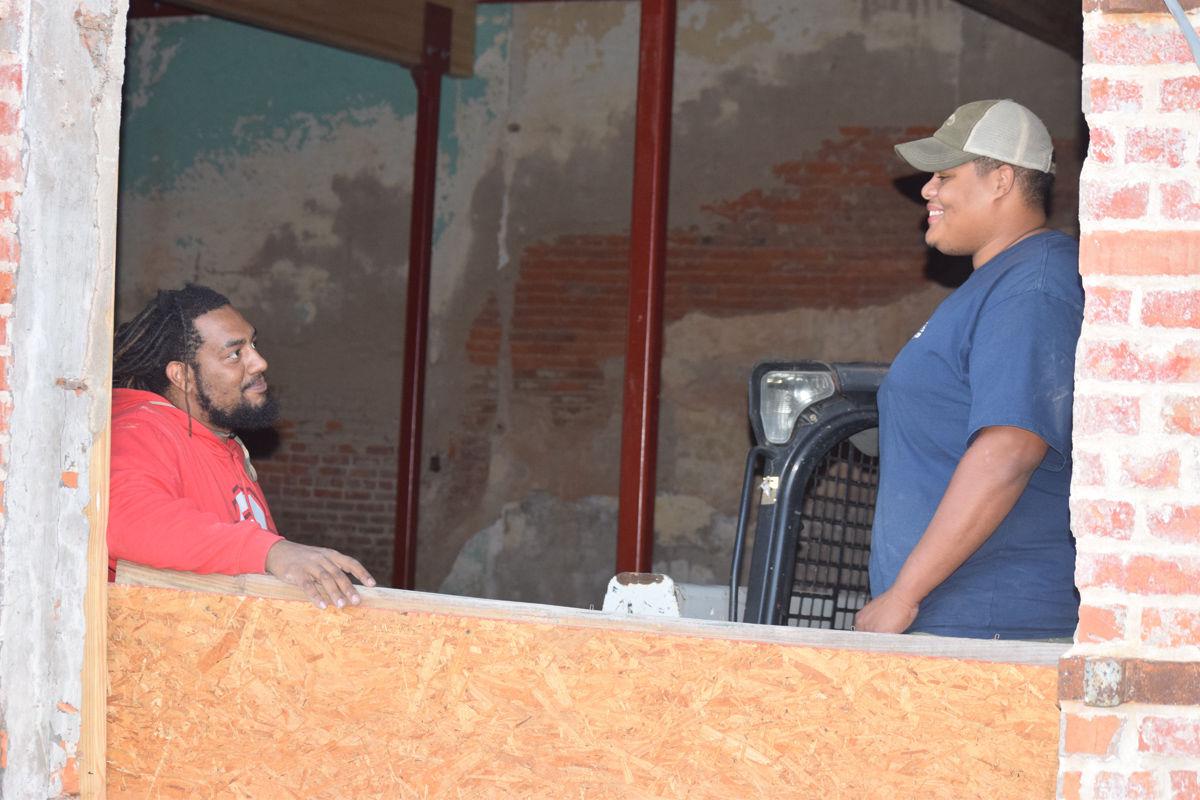 Derek Ozeme, left, and Carl C. Mathieu take a break as they close up the side opening of the soon-to-be ‘Doc’ Voorhies wing of the Bayou Teche Museum Saturday afternoon.

Construction workers were busy Saturday removing the old concrete floor from the site of the new ‘Doc’ Voorhies wing of the Bayou Teche Museum at the corner of Serret Alley and Main Street.

Derek Ozeme, left, and Carl C. Mathieu take a break as they close up the side opening of the soon-to-be ‘Doc’ Voorhies wing of the Bayou Teche Museum Saturday afternoon.

It may not show it from the outside, but there are things afoot in the future Donald “Doc” Voorhies wing of the Bayou Teche Museum.

In recent weeks, contractors have gutted much of the first floor of the structure at the corner of Serret Alley and Main Street. Small dirt movers carried broken concrete out of the building in their front buckets, the remains of cement that had formed the floor.

“This is just the first phase,” Bayou Teche Museum Board Chairman Larry Hensgens said. “We have been working with the exhibit designer to make sure that the work we do is something that will be adaptable for other exhibits and uses in the future. We also have the original portion of the museum, which was designed without having this expansion in mind. So we have to make whatever we do here work with that as well, to blend the two.”

The dim interior doesn’t look much like a museum yet. The rough dirt floor is still uneven, waiting to be graded and have a new permanent floor poured. But new structural columns rise from the dank earth, topped with laminated 2-by-6 boards, glued to form two parallel beams almost three feet thick that run the length of the brick building’s main room — half a city block — to form new joists for the second floor of the structure.

In February of 2019, Gov. John Bel Edwards was on hand to announce that the state would be providing funding for the project in three phases. The first stage of the funding, $750,000, was split between the museum addition and the George Rodrigue Park, which is under construction across Serret Alley from the new museum wing.

Edwards also committed to two more payments, in 2020 and in 2021, to complete the work.

“Hopefully we will be able to piggyback the work on the next phase on what is happening now,” Hensgens said.

The state funding, however, is earmarked for construction and capital projects. It doesn’t eliminate the need for fundraising to support the museum’s day-to-day operation. The annual “A Night at the Museum” gala, which falls on Jan. 30, is expanding its footprint this year to embrace the virtual realm through an online silent auction as well as a more traditional fundraising route — a raffle.

“Hopefully, we will have the whole thing ready for the gala next year,” Hensgens said. “The online auction has performed very well so far. It’s outperforming our expectations. Although we are a very lean organization — we have one full-time and one part-time employee, the rest is staffed with volunteers — we still have to be very frugal, and this is our one big fundraiser of the year.”

To take a look at the silent auction items, go to www.biddingforgood.com/BTM. Tickets for the gala are available now, as are tickets for the raffle to be drawn the night of the festivities.

Online bidding is open for the silent auction being held as part of the “Party with Mardi Gras Magic!” Night at the Museum Gala scheduled Thursday, Jan. 30, at 6:30 p.m. at

• To bid on an item in the silent auction go to www.biddingforgood.com/BTM

• A live auction is scheduled at the gala that includes such items as a 14-foot Weld Craft boat with a 20-HP Mercury engine and a boat trailer, a week stay at a private five-bedroom luxury home in Vail, Colorado, various dinner parties, tickets to the 2021 Mardi Gras Ball weeked in the nation’s capital, art and jewelry

• Tickets for the gala are $50 per person; attire is dressy casual

• For tickets contact Marcia Patout at 606-5977 or email to bayoutechemuseum@gmail.com

• The gala is presented by the New Iberia Museum Foundation, the Bayou Teche Museum and IberiaBank