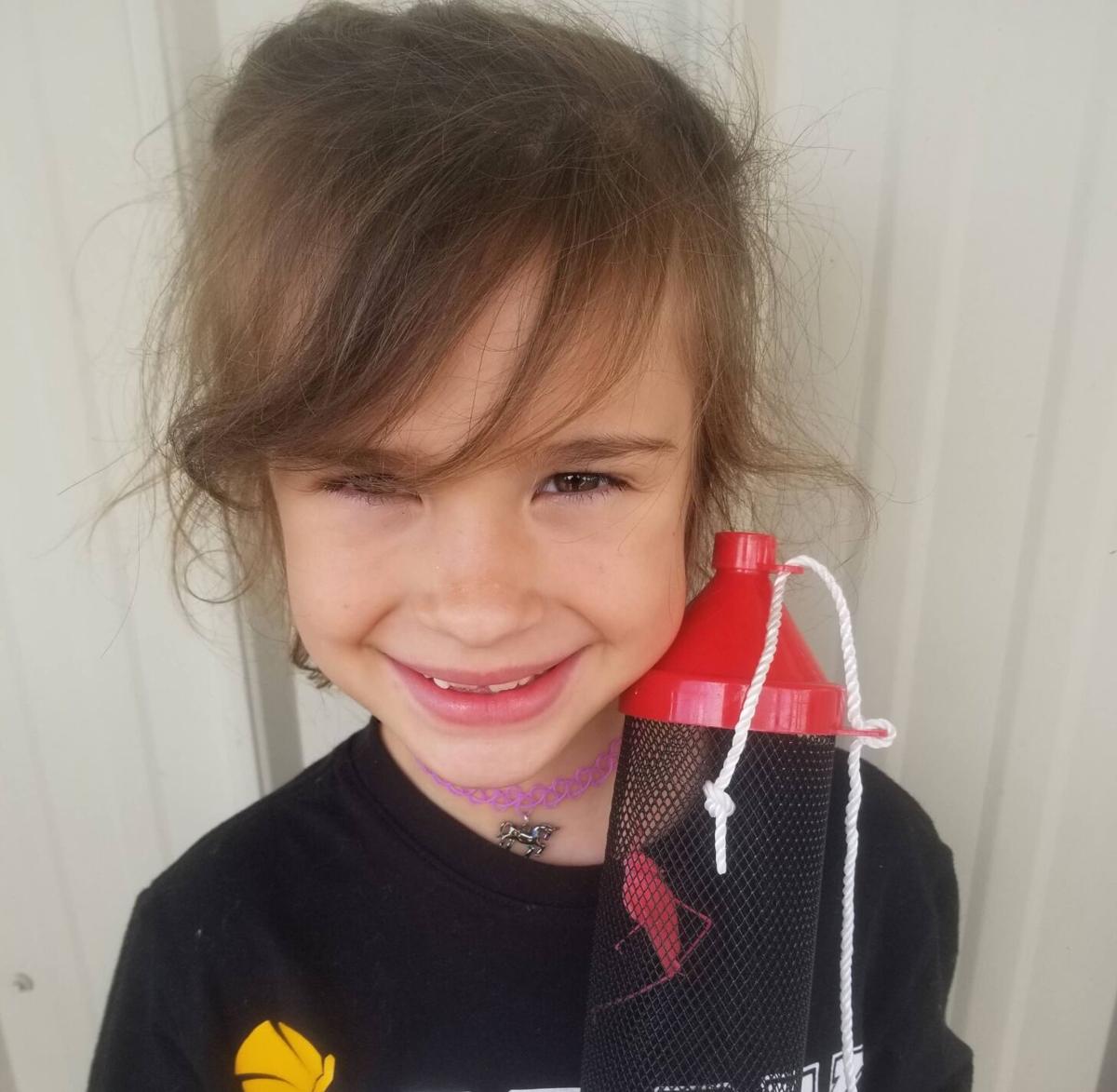 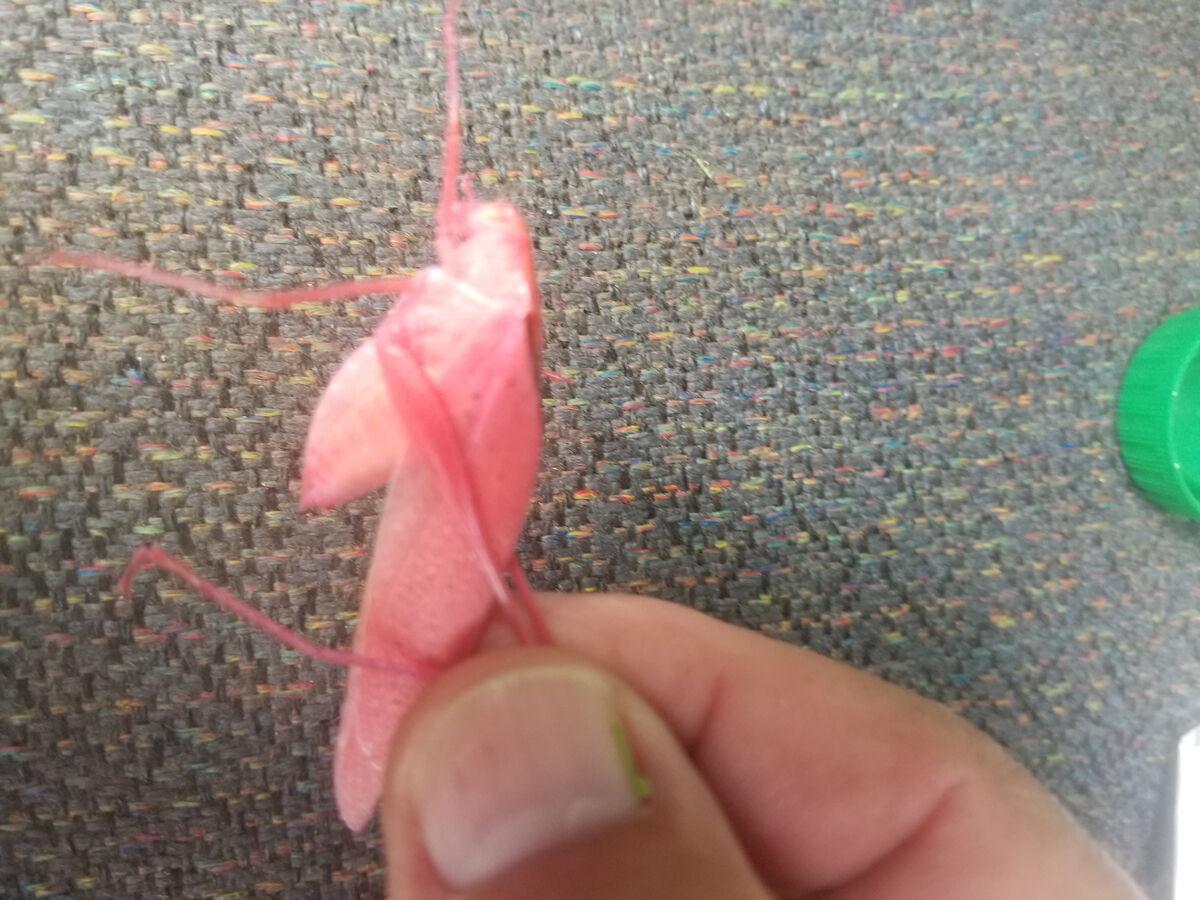 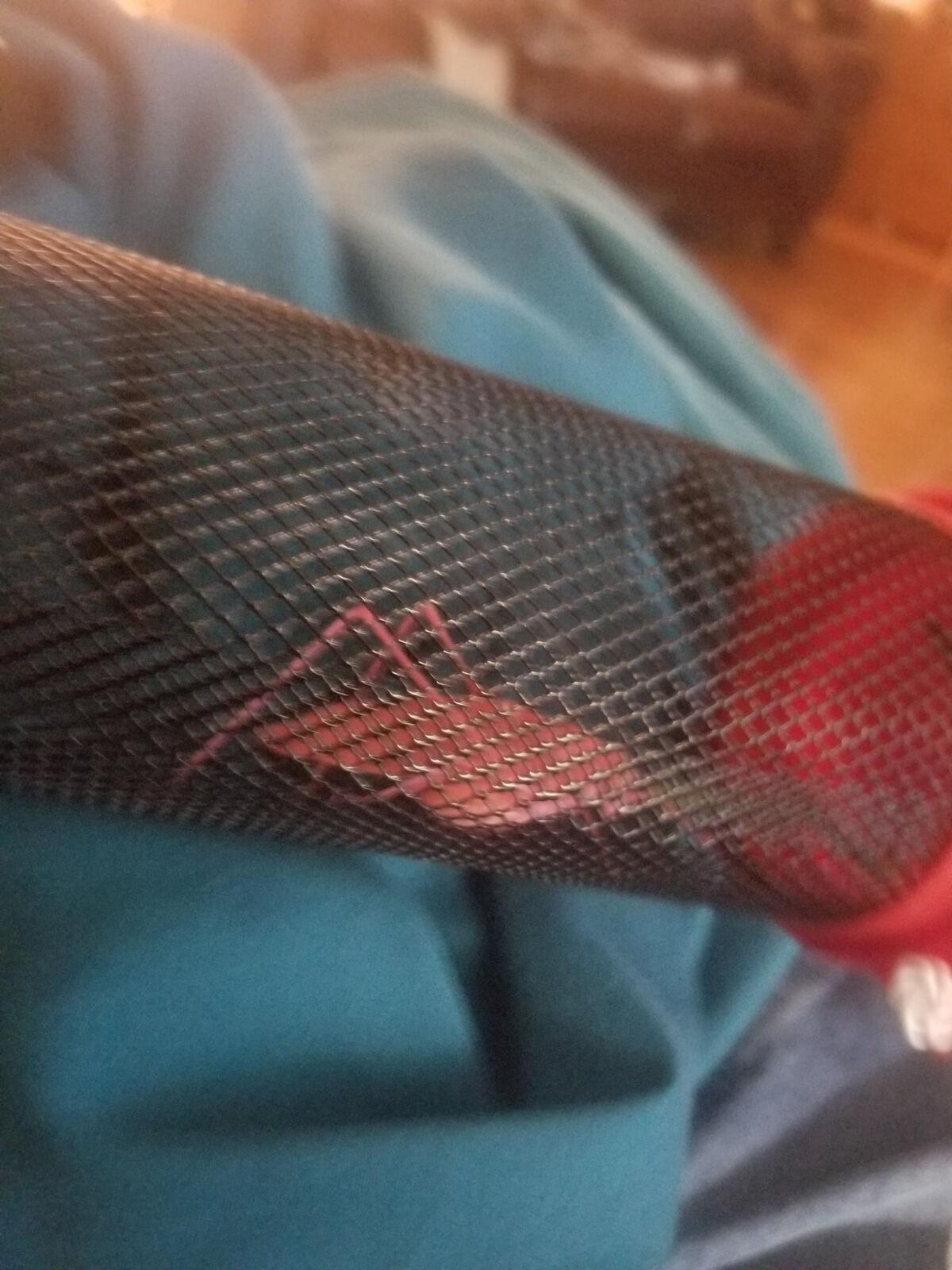 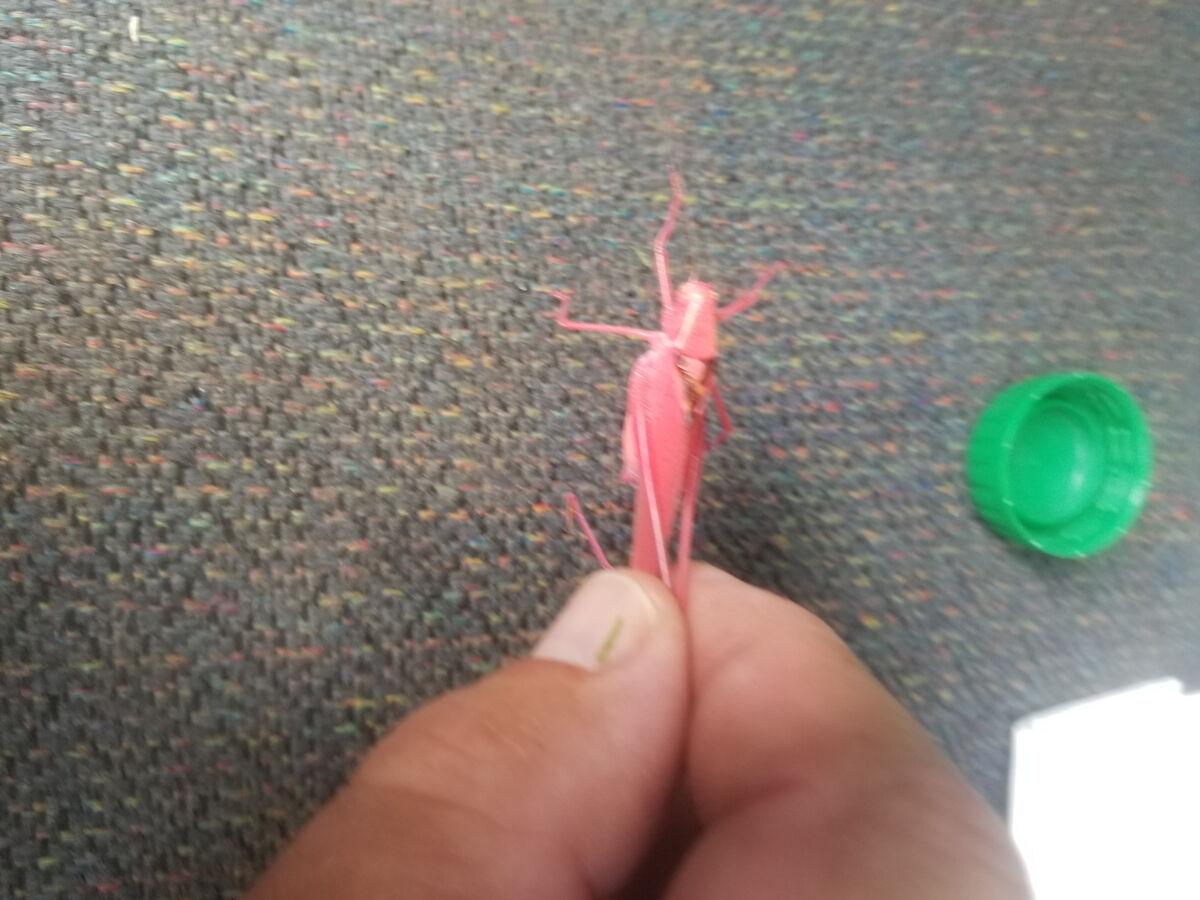 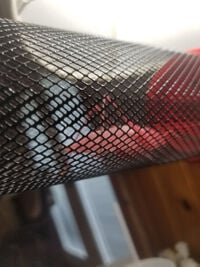 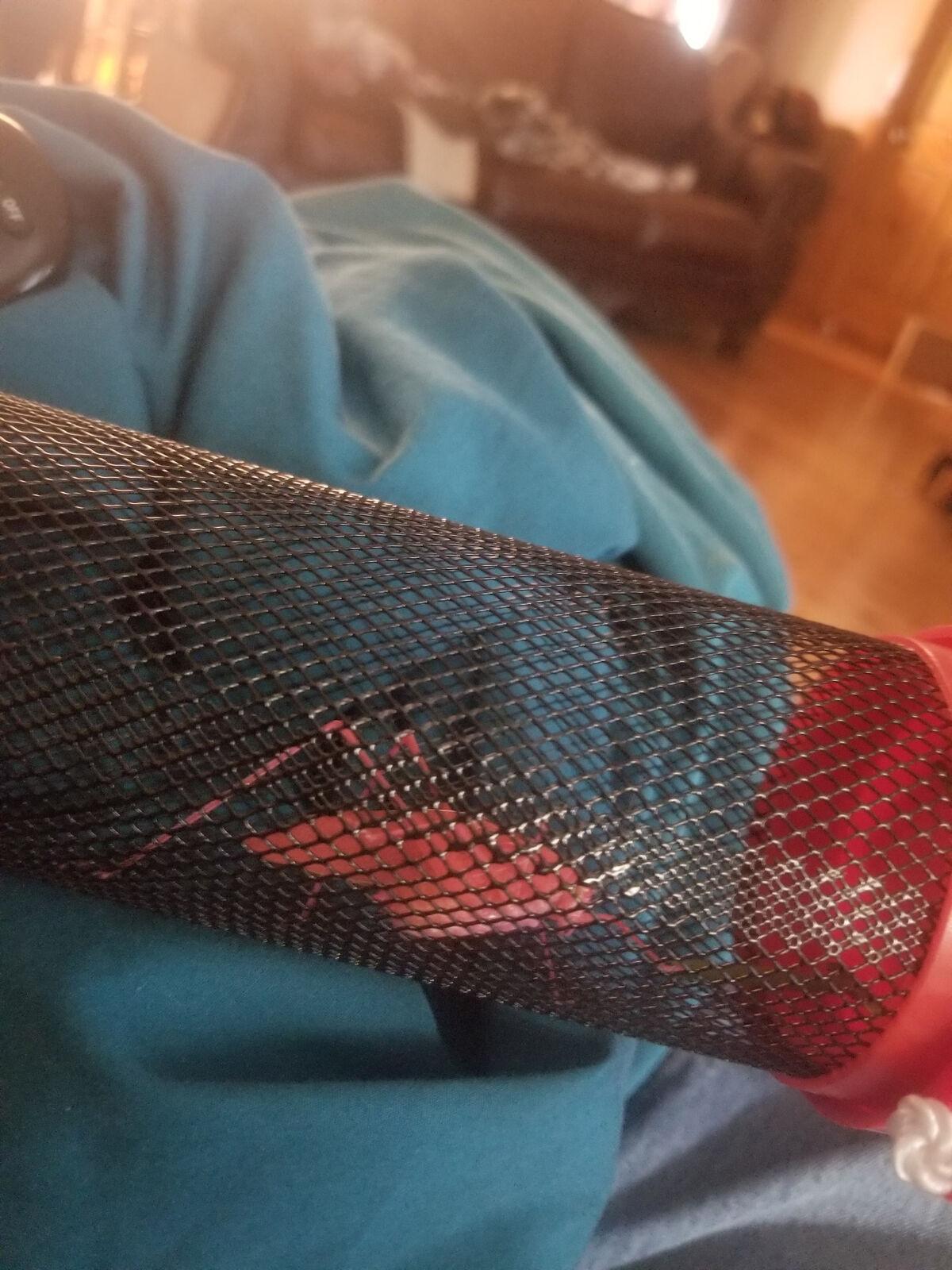 LYDIA — Aubry Romero is really excited about her new pet.

The second grader at Caneview Elementary School celebrated her seventh birthday earlier this week, but her best present arrived when her grandfather, Brian Romero, sent her pictures of a pink grasshopper he came across.

“He caught it at Cypremort Point,” Aubry Romero said. “Poppa found it.”

Brian Romero, along with his son, Drew, operates Smokin’ Reels Charters, so he is very familiar with Cypremort Point. He was out there catching grasshoppers to use as bait when he saw the pink one.

“He took pictures and sent them to Aubry, then turned it loose,” said his wife, Jamie Romero. “I told him to go back and get it because Aubry was so excited.”

Luckily, Romero was able to locate the grasshopper again and place it in a bait carrier for his granddaughter.

“I watched videos on YouTube to find out what she eats,” Aubry Romero said. “I feed her grass and leaves.”

“I was amazed at how she found all the information on it,” Jamie Romero said. “She just went online and looked it up.”

Although rare, pink grasshoppers, as well as some in other bright colors, are not unknown. The color comes from a recessive gene trait called erythrism, similar to the genetic trait in humans which causes albinism. Obviously the fuchsia insects are much easier for predators to find, which is a large part of why they are so rare.

Appropriately, Aubry has named the grasshopper Rosie. Aubry is the daughter of Drew and Kylie Romero of Lydia.

“I want to get her a house,” Aubry Romero said. “She’s a female, so she may want to lay eggs.”