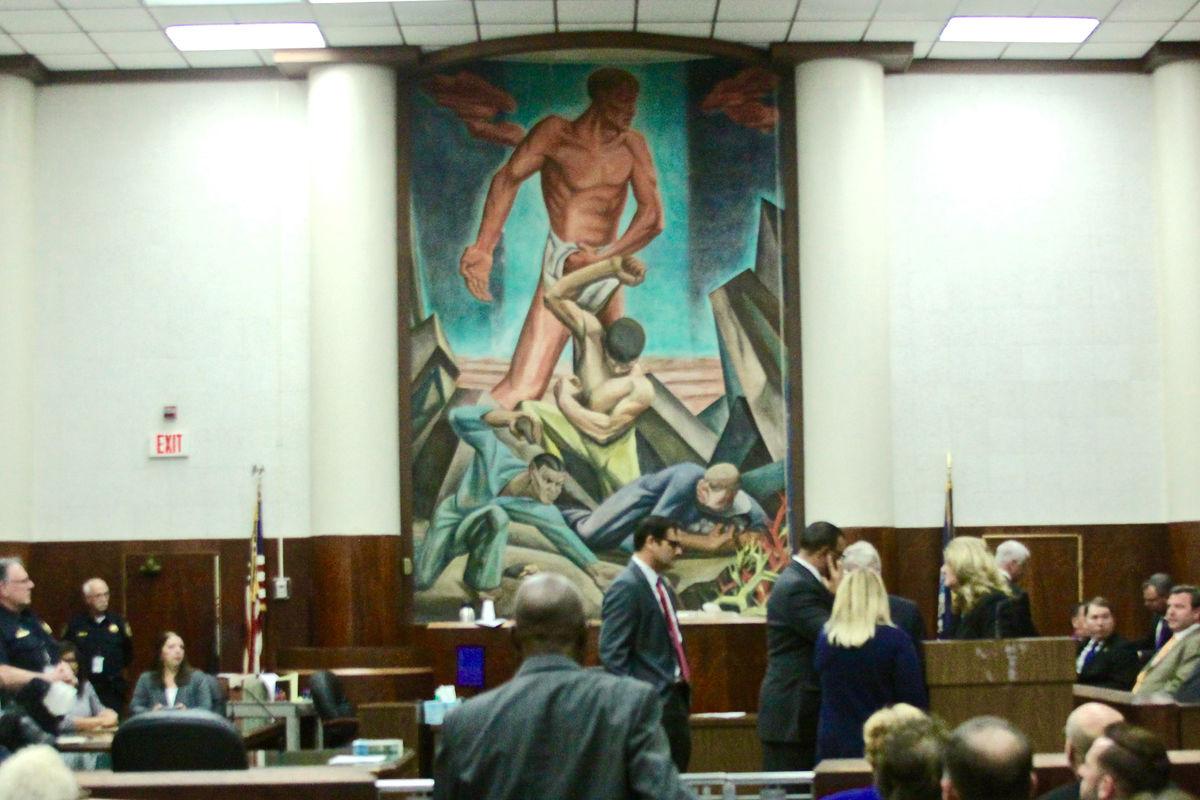 ‘The Struggle of Man,’ a Works Progress Administration-era painting by Conrad Albrizio from 1940 in the Iberia Parish Courthouse, is drawing negative attention for its apparent depiction of darker-skinned people hoarding money and gambling under the eye of a lighter-skinned man. Local residents Elton Broussard and Robby Carrier-Bethel are asking that the painting be removed, with others also taking up the cause. 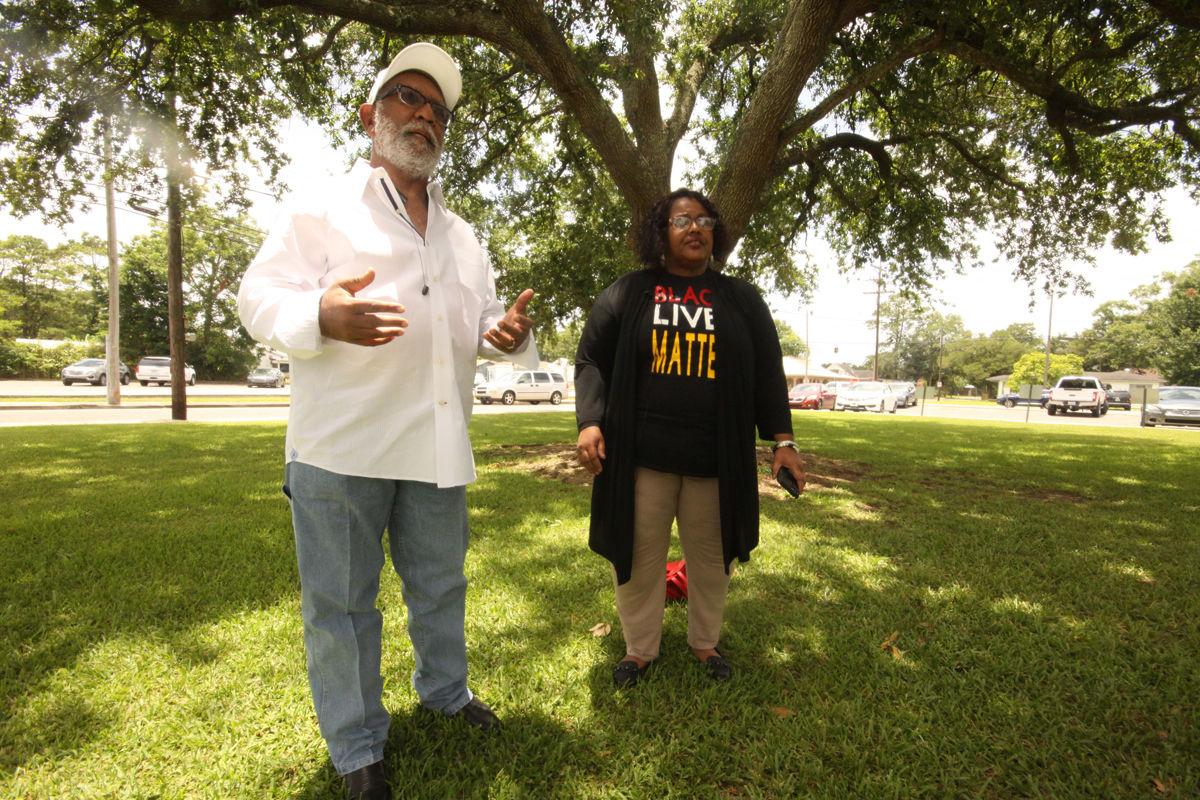 ‘The Struggle of Man,’ a Works Progress Administration-era painting by Conrad Albrizio from 1940 in the Iberia Parish Courthouse, is drawing negative attention for its apparent depiction of darker-skinned people hoarding money and gambling under the eye of a lighter-skinned man. Local residents Elton Broussard and Robby Carrier-Bethel are asking that the painting be removed, with others also taking up the cause.

In the days before Parish president Larry Richard’s swearing in for his second term in office, Elton Broussard reached out to him about the setting for the ceremony.

“I told him that if he was going to have the ceremony in that courtroom, he would have to have the drapes pulled closed over that painting,” Broussard said.

“That painting” is a WPA-era mural by artist Conrad Albrizio painted in 1940. Entitled “The Struggle of Man,” the last work he would paint under the direction of the government.

Eighty years later, the painting is drawing ire for its apparent depiction of darker skinned people hoarding money and gambling under the eye of a lighter skinned man with more traditionally European features.

“What kind of message do you think that painting sends to a person of color who is looking for justice?” Broussard asked.

At one point the painting had a set of drapes that could be drawn to hide it from view, but those have been taken down. Now the painting is a constant fixture in the main courtroom, stretching from behind the judges rostrum up to the 20-foot high ceiling.

The issue came back to the forefront this week after Robby Carrier-Bethel posted a note on her Facebook page, sharing it with 97 people.

“Let’s talk about removing this racist painting from the Iberia Parish Courthouse 16 JDC,” Carrier-Bethel wrote under a photo of the painting.

More than 100 comments and 160 shares later, the movement to have the painting taken down is continuing to grow.

“This is the time to make this happen,” Carrier-Bethel said.

Broussard said he has been in contact with Richard about having the painting either covered or removed, but that has not resulted in any progress so far.

“I sent him a note a few weeks back asking about it,” he said. “Then I sent him another note asking where this stood.”

Broussard also said he understands that Richard is not the one who has the final say on the disposition of the artwork. The decision to remove it or alter its placement in the courtroom, and finding the money to accomplish whatever work is to be done, rests with the parish council.

“As of right now in conversation with the council,” Richard said. “I haven’t talked to all of the members yet. But if this is a concern for the people of Iberia Parish, it’s a concern to me.”

Richard said that he remembers the red curtains that had been used to cloak the painting in the past, but he did not know how long they had been gone, or where they ended up.

“I remember for my first swearing in, we were going to draw them closed but they were already gone,” Richard said. “So it has been since at least 2016.”

When the work was originally done, Albrizio explained that it illustrated “the continual struggle waged by man to free himself from the forces and conditions which restrict his material, physical, and moral well-being.”

But the imagery used in 1940 to tell that story did not age well. As sculptures, statues and artwork from the days of the Confederacy and the Jim Crow era are reevaluated in the light of the Black Lives Matter movement, many are being found lacking.

Broussard and Carrier-Bethel both agree that some way of preserving the piece should be found. She mentioned making it available to any family of Albrizio who were willing to accept it. Broussard tossed out the idea of having it placed in a museum or having the drapes reinstalled.

Along with the thorny issue of whether it should be removed or not goes the challenge of finding the funding to have the work properly curated and preserved if it is to be moved or to have new curtains sewn to hang in front of it. Because of the size of the piece, neither of those projects would be cheap.